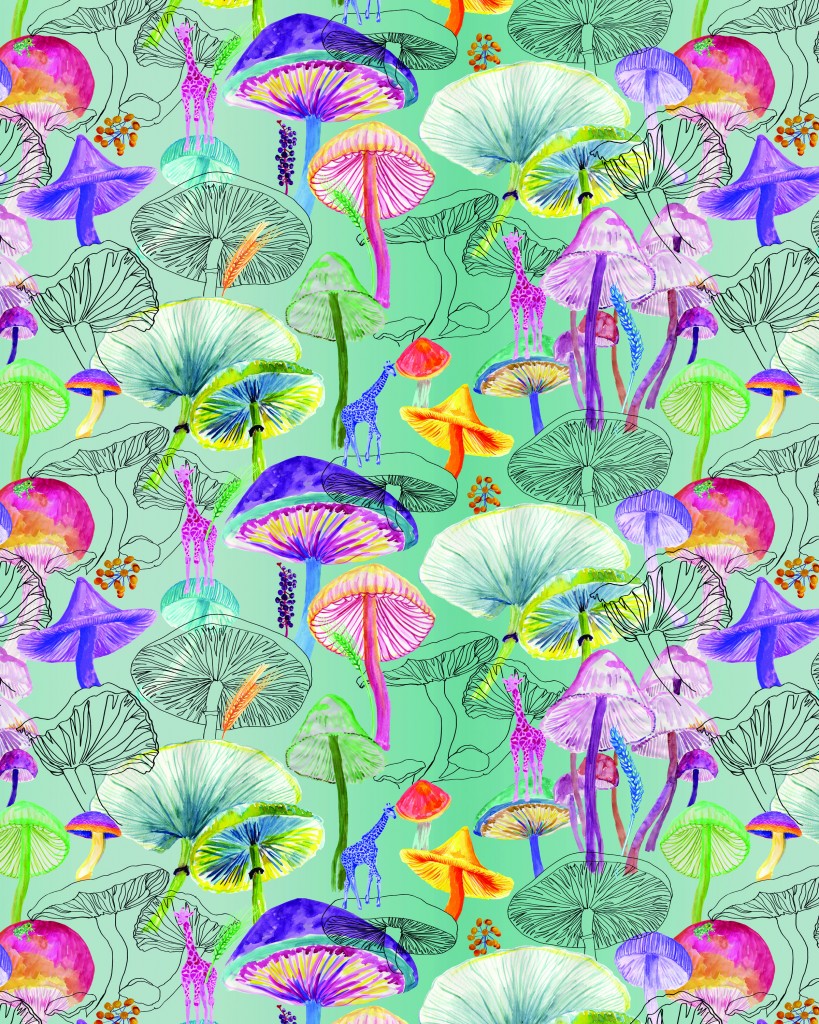 A girl clutching a toy rabbit in one hand and removing a tampon with the other is one of the more provocative and intriguing images in “The Pattern Base,” a design sourcebook by Kristi O’Meara and Audrey Victoria Keiffer.

The girl, surrounded by a pink piñata, a red cardinal in a tree and a green snake is a repeated motif called “Rupture” by Chicago artist Kelly Parsell. It is one of 550 textile, surface, fashion and print designs featured in this razzle-dazzle book of 697 crisp photographs showcasing work from 150 designers from around the world. 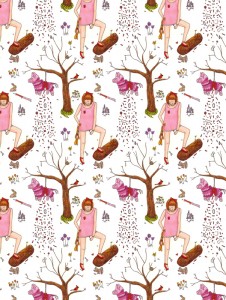 The first six sections of the book highlight illustrative, abstract, geometric, floral, representational and digital designs. They include vivid tessellations, squirmy amoebas, bright kaleidoscopes, monochromatic cityscapes, tumbling lilies and dreamy hummingbirds. There are startling patterns that play upon ethnography, such as O’Meara’s rows of Kachina dancers and drawings of Mesoamerican idols, and “China Girls” by Bebel Franco. 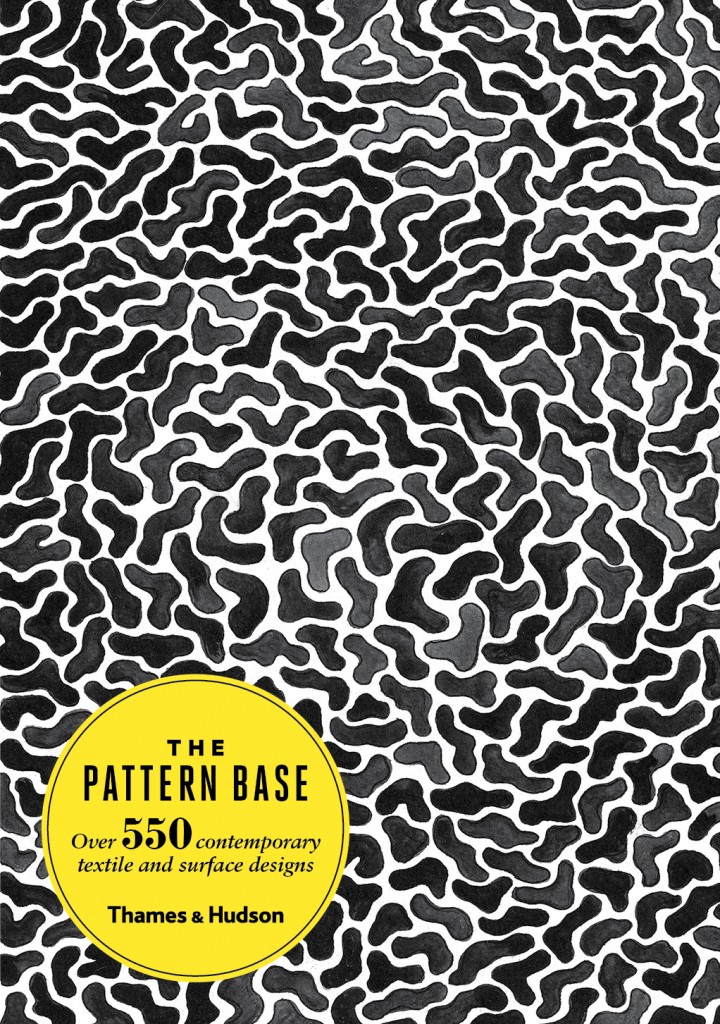 Some are risqué, like the naked pinup redheads; some mesmerizing, like the digital images of Ian Addison Hall’s “All That Trash Goes Somewhere.” No two designs are alike, even though they may have elements in common. For example, three patterns feature mushrooms—one a sensuous black-and-white line pattern, one has mushroom caps dancing on Barbie legs and another features colorful magic mushrooms interspersed with giraffes.

The seventh section of the book focuses on fabric swatches, photographed to show texture, weave and detail. The final chapter features design artists from the United States, Spain, Iceland, Finland and China. Included is the genteel work of Abby Thomas, who studied at the Art Institute of Chicago, and Ohio artist Jonah Jacobs’ recycled creations, which look like delicate coral reefs.

Authors O’Meara, a painter and graphic designer, and Keiffer, an interdisciplinary artist and writer (and occasional Newcity contributor), are the founders of the Chicago-based textile design studio, The Patternbase. They curate an online pattern archive, allowing artists and designers to promote themselves via Tumblr and other social media. With the support of a Propeller Fund they are translating their virtual presence into a physical gallery space this year, where they aim to encourage collaborations between textile and fashion designers and fiber artists.

Below is an excerpted transcript from an email interview with the authors. 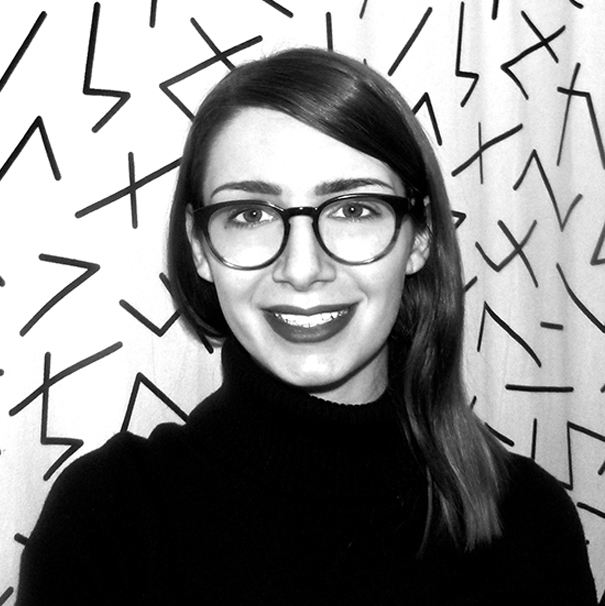 What was the impetus for the book? Why did you feel it was needed?
We created this book because we are fascinated by patterns and passionate about their creation. The use of pattern within the fashion and interiors industries is particularly of interest to us, as it is all around us and is constantly evolving with the progression of technology.

Who is the audience and how will they use the book?
The publication is intended for anyone interested in the study of pattern and textile design. It is a resource that caters to and can be used by design enthusiasts, emerging and established designers, and by students of art, fashion and design. 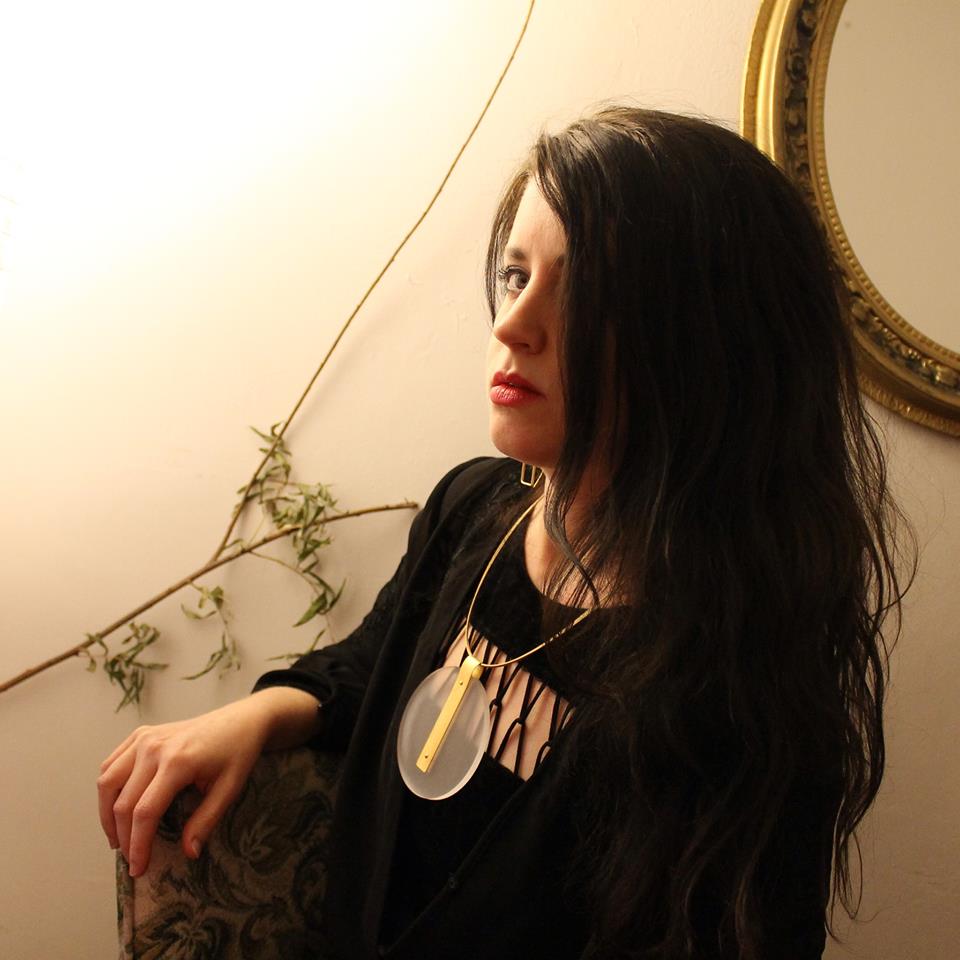 How did you select the designers?
The pattern designs selected for inclusion in this book were chosen with a very specific set of factors in mind. We were looking for designs that were on point with current trends in fashion and textile design. They had to show a keen sense of how digital technologies today are influencing the way that designs for print are being created. They had to demonstrate originality and imagination in subject matter. The designs needed to be thought-provoking, in that they reveal something about their creation and construction process. They needed to exhibit a complex understanding of print construction and the layout of repeats.

The thirteen designers spotlighted in the book were artists that we discovered on Tumblr. We felt their work was pushing the boundaries of textile and fashion design, and held a similar aesthetic connection to our own. Many of the designers had already received many awards and publicity in various magazines. We wanted to connect with them so that we could learn more about their practices and journeys as designers, while helping to push their careers further, by spotlighting them in our publication.

“The Pattern Base: Over 550 Contemporary Textile and Surface Designs”
By Kristi O’Meara, edited by Audrey Victoria Keiffer
Thames & Hudson, 368 pages, $35

How do I contact Audrey Keiffer about a few of her paintings that were found in Brooklyn N.Y.