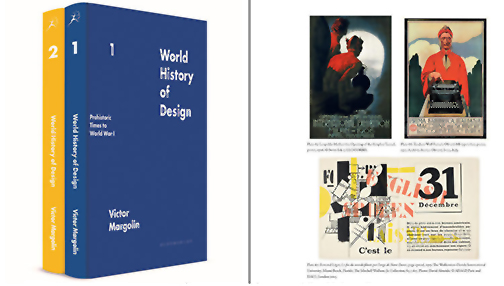 Writing the “World History of Design” is a Herculean task. Design historian Victor Margolin felt some concern when the project started ballooning. He had no idea that the book he began fifteen years ago would explode into an encyclopedic multi-volume set.

The first two volumes published this year contain almost 800,000 words and 1,000 images. No other design work covers such a wide arc, geographically, chronologically and incorporating different areas of the discipline.

“It really lays out the entire scope of the field,” says Margolin.

Creating tools, devices, instruments and images is fundamental to humans, and the “World History” explores the innovation and creativity behind that activity.

“It makes the argument that design has been everywhere in the world at all times. It isn’t just a stream of European industrial and graphic designers,” Margolin explains. The history includes what he terms “’big D’—design undertaken after the industrial revolution,” as well as “‘small d’­—that which people have always done to meet their needs, including handmade or small batch.”

Margolin, professor emeritus of design history at the University of Illinois-Chicago, used his thirty years of experience and international contacts to draw upon when writing the volumes. Histories of art, photography and film had been written, but he saw a discrepancy between available design textbooks and the volume of material being produced globally. 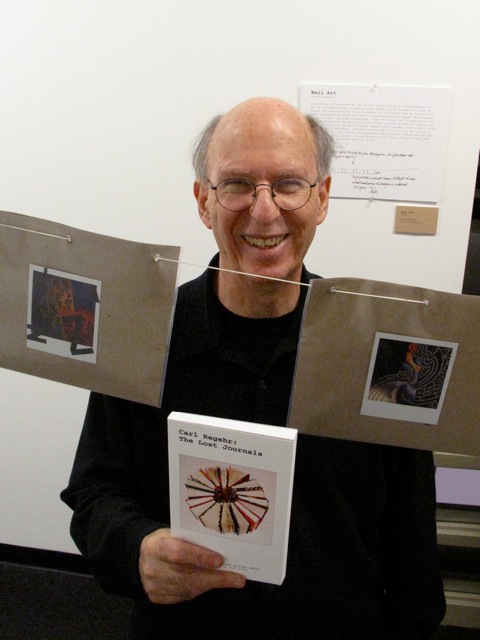 He intends “World History” to be a resource for scholars and students of design, art history, history, anthropology and sociology, as well as a resource for professional designers. Each chapter has an extensive bibliography, providing scholars with a jumping-off point for further research.

Margolin initially conceived of writing a textbook, something much briefer, but the work expanded as he began collecting material. “It’s good to have ambitious projects,” he says. “Scholarship is often limited to areas where people can command an expertise, with the academic tenure process emphasizing quantity of publications rather than how valuable they are.”

Since he was already a full professor, he had the freedom to investigate broadly. “It’s good to set an example. As a human species we should show the world what we are capable of,” he says, referring to the magnitude of design endeavor around the world.

While researching, he discovered much he hadn’t known: Egyptian film posters, magazines writing about design in Palestinian and Jewish settlements and the story of Arabs. This sense of discovery led Margolin to include previously marginalized designers such as African Americans and Native Americans in the United States, Aboriginals in Australia, Māori in New Zealand and the Inuit in Canada. “There truly is no area of the world where there is no design,” he says. “I discovered many designers I didn’t know much about, including women, because no one wrote about them.”

Over the course of his research and writing, he developed a methodology to keep on track. He kept articles and papers in files sorted into countries, and then maintained quotes on large index cards as his “road map” before transferring his ideas onto large sheets of paper. Each step provided a “rehearsal” for the writing.

Such an enormous project involves collaboration. “Lots of people have helped me—I have a huge network around the world,” he says. “It was useful to have a reading knowledge of eight languages. Otherwise I wouldn’t have had access to a lot of material.” Just sourcing the images took the picture editor five months.

“So many textbooks are ugly,” Margolin believes, but not these. Chicago design legend John Massey and associate Matthew Terdich designed the striking covers in deeply saturated primary colors, and created a template for the layout.

Margolin is completing the third, largest—and final—volume, covering the period after World War II to the present, and is aiming for completion in 2016.  “I’m up to Chapter 44. I’ve internalized the methodology now and try not to go off on tangents,” he says.
The World History of Design: Two-volume set
By Victor Margolin
$575, Bloomsbury