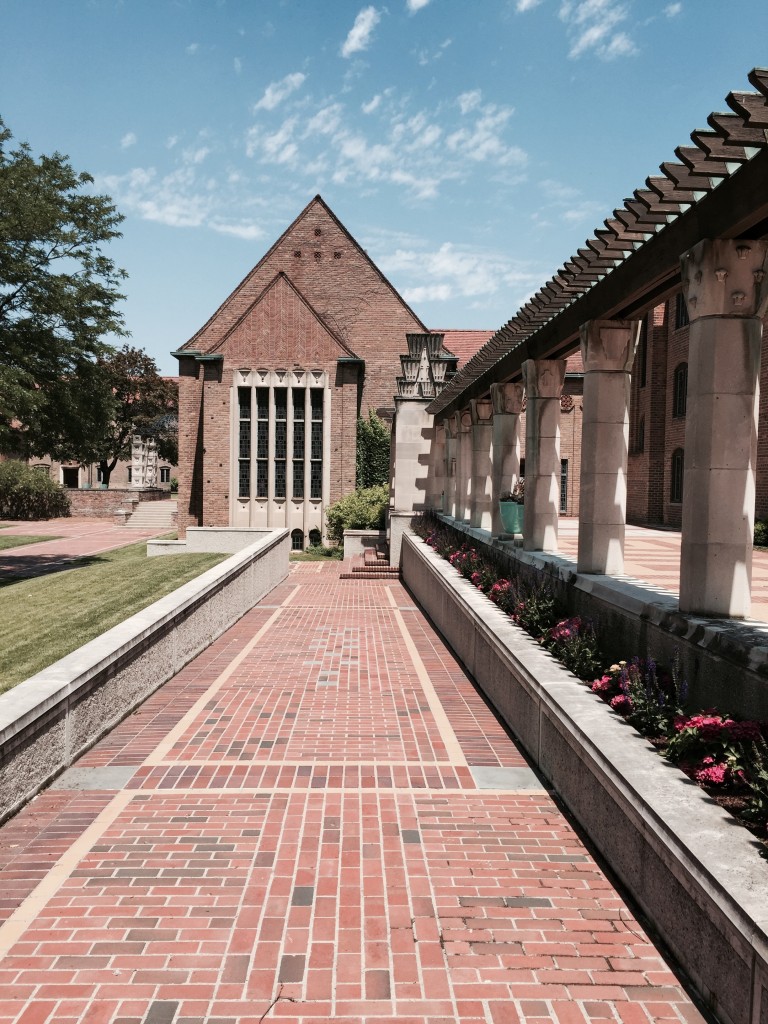 Cranbrook, located in Bloomfield Hills, just west of Woodward Avenue that leads to downtown Detroit, is a world apart. Named for an English village in Kent, its beauty, and the design integrity of its landscape, buildings, and public art, is breathtaking.

The 319-acre planned community, now known as Cranbrook Educational Community, was envisioned by newspaper magnate George Booth and his wife, Ellen Scripps Booth, who were drawn to the principles and aesthetics of the arts and crafts movement and dissatisfied with the academic approach of traditional art schools. The realization of their vision for Cranbrook Academy of Art, cradle of mid-century modernism, changed the way people live, and how they understand and practice art and design.

Booth met Finnish architect Eliel Saarinen in 1924 when Saarinen was visiting professor in Architectural Design at the University of Michigan, and supported Saarinen’s scheme for a Memorial Hall at the Detroit Riverfront in 1924. Like his design for the most beautiful building never built—the second-place-winning design for the Chicago Tribune Tower—Saarinen’s design for the Detroit Riverfront was not realized. Instead, Booth engaged Saarinen to design the Cranbrook campus, and later, to head the Cranbrook Academy of Art.

Cranbrook Academy of Art, officially opened in 1932, is a neat collection of two and three-story buildings, including Saarinen House, along Academy Way, where students and instructors still live and work. Cranbrook, the boys’ school built in 1927, is a sprawling campus of buildings, courtyards and walkways modeled after St. Mark’s Square in Venice. The Williams Natatorium, designed by Tod Williams and Billie Tsien, added a new dimension to the Cranbrook School campus in 1999. 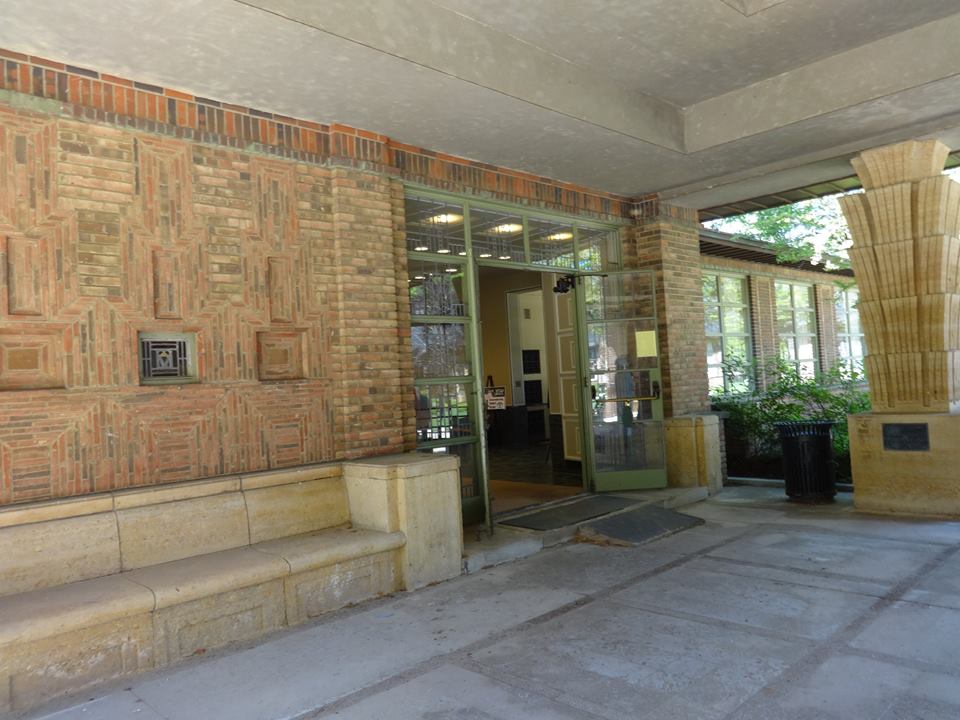 Wooded paths descend eastward to Kingswood Lake and campus. With a cohesive, compact design, Kingswood, the girls’ school completed in 1931—and in full disclosure, where I am an alum—is a treasure of textile and furniture, as well as architectural, design. The restored tapestry “Festival of the May Queen,” designed by Saarinen and his wife, Loja Saarinen, who wove the tapestry, as well as the original carpets the couple designed for the school, offers a dramatic presence in the dining hall. The school’s auditorium features pilasters with silver leaf decoration, triple rows of amber and green-leaded windows and, along the ceiling, aluminum reflectors and silver leaf decoration designed by Pipsan Saarinen Swanson. Furniture for Kingswood School marked the design debut of a young Eero Saarinen. 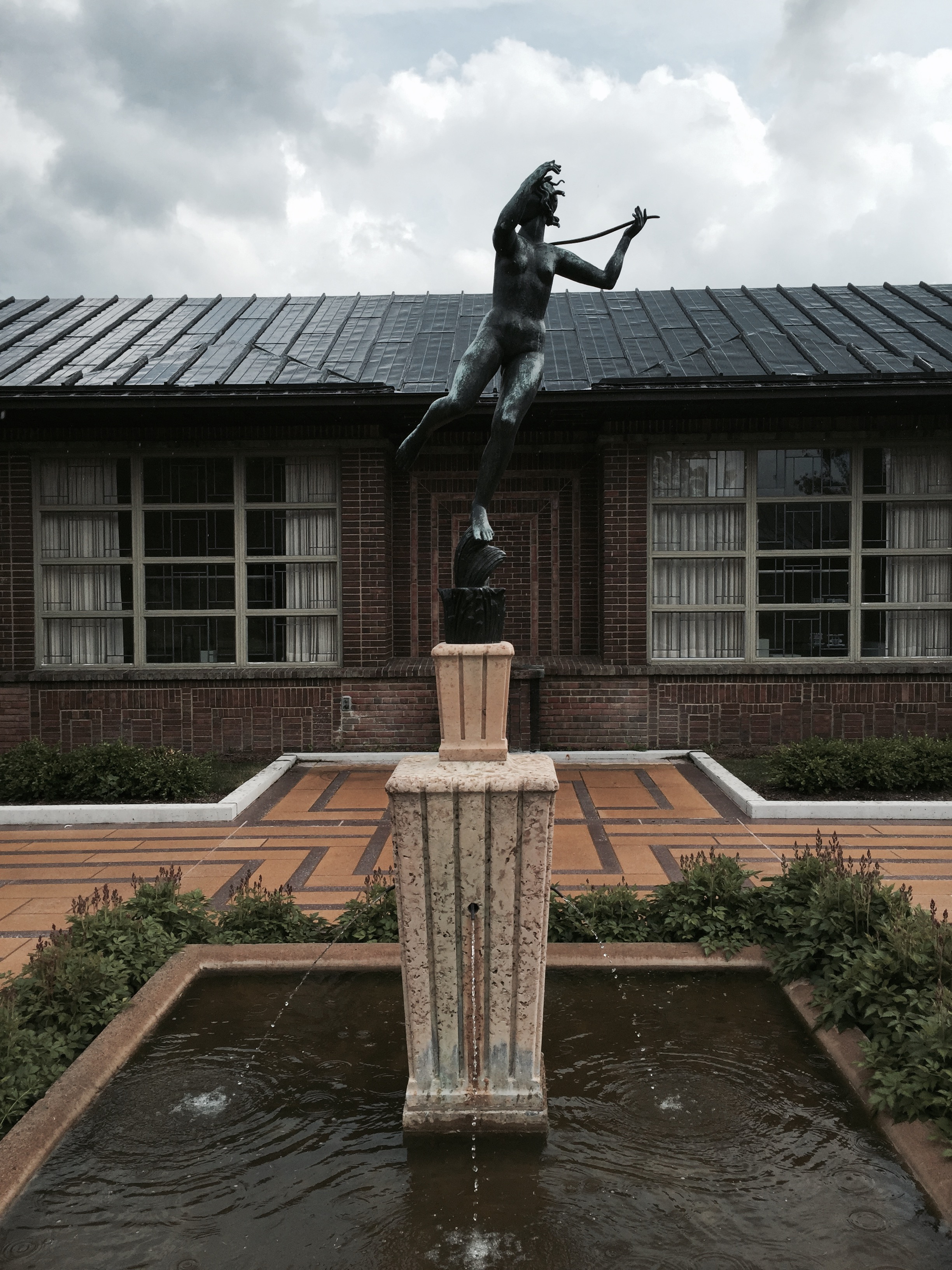 Cranbrook Academy’s studio-based program focused on making, materials, craftsmanship and the relationship to nature and creating a sense of place. Rather than a prescribed style, the modernist sensibility and movement that emerged at Cranbrook was a methodology, a language that emphasized attention to detail, and creating a total work of art, as exemplified by Saarinen’s vision for the architecture, furnishings, textiles and lighting at Kingswood.

As head of the Academy, Saarinen attracted students and instructors whose work as architects, and furniture and industrial designers pioneered the mid-century modernist movement.

Metalworker Harry Bertoia started as a student in 1937. Other students included Benjamin Baldwin, Charles Eames, Ralph Rapson and Harry Weese, who arrived in 1938. Ray Eames arrived later. Florence Knoll, a Kingswood graduate, was also a student at the Academy. Frank Lloyd Wright was a regular visitor, and Lewis Mumford and Finnish architects Aino and Alvar Aalto visited in 1938. In the 1950s, Cesar Pelli and Balthazar Korab both worked with Eero Saarinen at his architecture firm in Bloomfield Hills.

The creative legacy of Cranbrook continues. This summer, an exhibition, “Here Hear,” by American fabric sculptor, dancer and performance artist, Nick Cave—an alum of Cranbrook Academy of Art and professor and chairman of the Fashion Department at the School of the Art Institute of Chicago—featuring Cave’s ornate, sculptural Soundsuits and site-specific tapestry, is on view from June 20 to October 11. 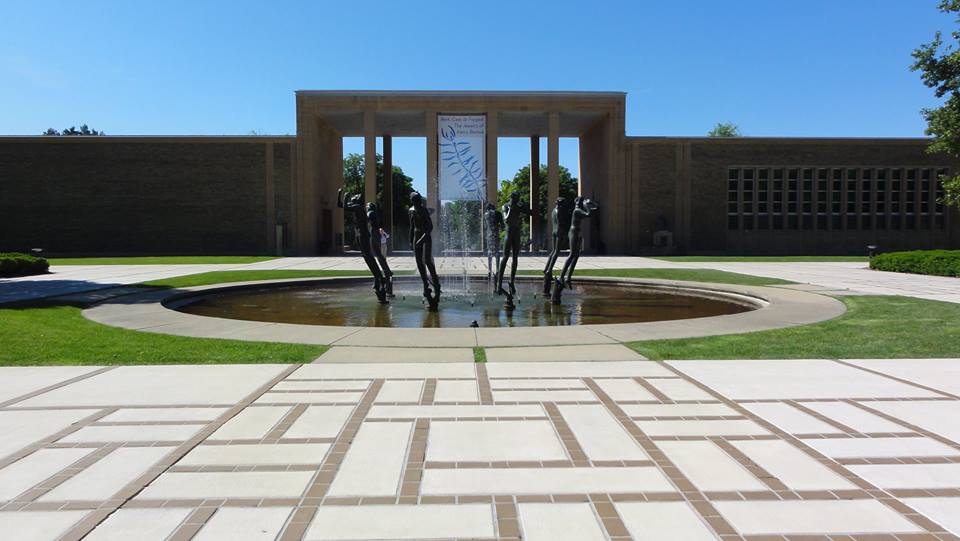 Cave will be present for free public events this summer and fall. Three Dance Lab events, including a July 26 performance at the Dequindre Cut on the Detroit RiverWalk, will be conducted in collaboration with MOCAD. A Heard?•Detroit event will take place at Milliken State Park along the Detroit RiverWalk on September 26.

See www.cranbrookart.edu/museum/nickcave for details on all events and a gallery of photos from recent events.