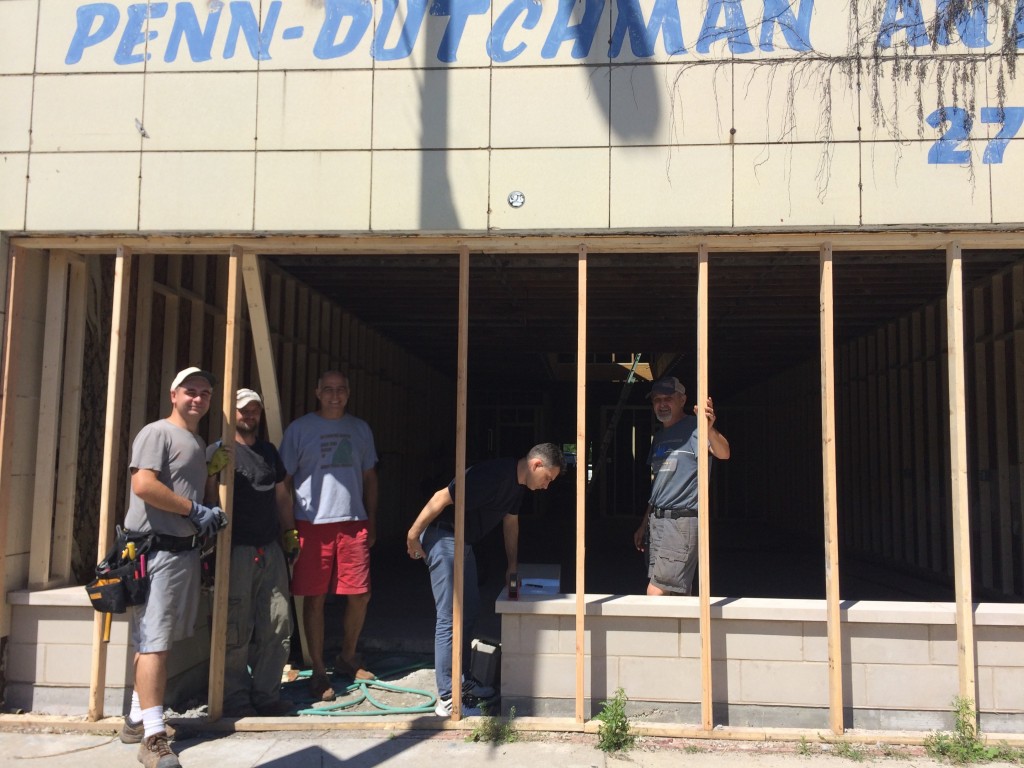 The history of handmade prints spans from community quilts to Warhol’s silkscreen “machine” paintings to today’s grasp after literary graphic arts. The landmark Chicago Printmakers Collaborative is a part of this grand printmaking narrative.

For years, the organization has been housed in a building under the Western Avenue Brown Line stop, and for the last several of those years, partially blocked off with scaffolding for seemingly no purpose. Finally, the group moves to a new, permanent home at the end of this summer. We recently sat down with director Deborah Maris Lader to get the scoop.

Why the change in location from what’s been CPC’s longtime home?
The Chicago Printmakers Collaborative has been around for twenty-six years, and only in our current space for roughly fifteen, and the landlord has not done much to improve the building. We got put on a month-to-month lease about a year ago, and I decided we needed a “plan b,” so I started to look for a place to go. It took awhile. Lincoln Square is hard, and renting a building the size you need for a printmaking operation like this is hard to come by. I’d been going to the Penn Dutchman Antiques (4912 North Western) store forever, and I’d known [store owner] Jim Mowery. I thought the ceiling was going to cave in when I went there. He had so much stuff crammed in there, floor to ceiling, none of it marked, no prices. He sold the building sometime in 2007 or something, sold it to three developers who were going to make it into some huge condo development and, when the economy tanked, that went to pieces.

So you saw the building as an affordable option?
It was in foreclosure, eventually got bought up and Jim was still the tenant. He hung on as long as he could, thought they had to leave many, many times, until then we bought it and started to rehab it. I think his kids were thrilled he was able to move. We kept the shell but did have to replace everything inside. We had some small-business-improvement funds to help with the renovation, and that made it better and worse at the same time. We managed to get this funding, get this really inexpensive purchase situation from a bank in California, who had come to own it at the time. We tried buying in foreclosure—all these hoops to jump through—and as someone essentially leading an art studio effort, I can’t just buy a building, so instead I had to spend the time and effort to acquire it, which involved us actually having to let it lapse back into foreclosure ourselves. Now, I own the building, through lots of legal maneuvering, and my husband is an architect, so he’s sort of managing the teams of guys with plumbing and that kind of thing. Because it all has to get done according to code, it’s a huge undertaking and a huge education. We have inspections, permits, electrical. Everything is really done nicely, but it costs more and it’s sort of really crazy to manage.

Sounds like smart decision-making on a shoestring.
It is. It will be the permanent home of the printmakers, and all the improvements I make are my improvements, and we’ll pass down the legacy of the ownership of the building to our kids. It’s a serious lifelong commitment.  We get to stay in Lincoln Square and really serve that community. We’re really excited, there are so many fun things happening with it; the back of the building fronts Lincoln Avenue, and so, we can put out tents and do things like steamroller printing. And then the upstairs, we are making these artist’s studios. Overall, it’s just that we’re now able to design this facility specifically for printmaking and the needs around the praxis of it, design it from the ground up.

Those sorts of dedicated facilities are hard to find after graduation for makers. And you’re having a sale of the collaborative’s archives to benefit the move?
We have this big sale through July 18. Classes go through the 19th, and our members who use the facilities around the clock [will do so] through the end of July. Everyone is furiously finishing projects up till we finally close up August 1 to start packing and get organized to move. Classes start at the new space in September.

Sounds like an essential resource for the international community around the work of the collaborative.
We actually had an event at the new space, all the letterpress nerds from around the country—people came in from New Zealand!—came in for Chicagoose. We had coffee from Dolce with pastries and the storefront was boarded up, so it was dark enough for a slide show, and people had their letterpress ephemera laid out on tables. It’s just then that we had an idea of what it was going to feel like, and we invited everyone to tag the walls behind where we’re going to put the insulation in. It’s going to be there for the future.

The Chicago Printmakers Collaborative, 4642 North Western, (773)293-2070. The $20 archives cash-and-carry sale continues through July 18. chicagoprintmakers.com. Their new location will be at 4912 North Western.