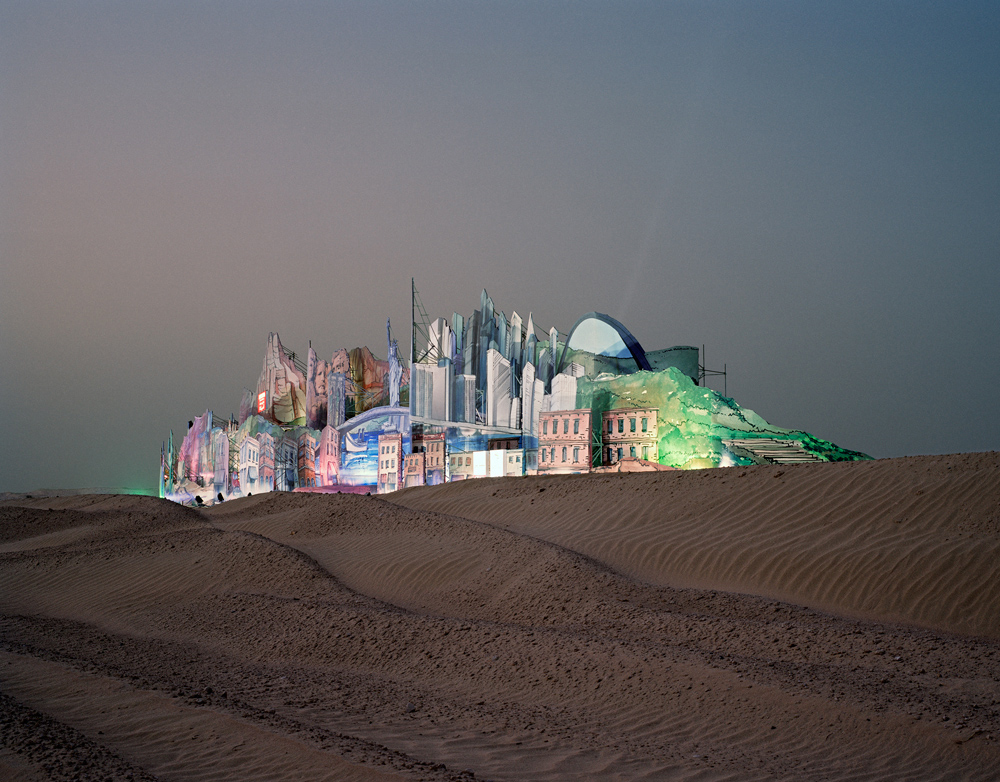 Florian Joy, Bawadi, 2006. Courtesy of the MoCP. From the 2015 Graham Foundation Organizational Grant to Columbia College Chicago-Museum of Contemporary Photography for the exhibition Grace of Intention: Photography, Architecture and the Monument.

The Chicago-based Graham Foundation for Advanced Studies in Fine Art announced today its second round of 2015 grantees. The organization will award $496,500 to 49 groundbreaking architectural projects that run the gamut programmatically and geographically, running from Chicago to Mexico City, London to Buenos Aires, and Oslo to Kiev.

Twelve programs that are a part of the upcoming Chicago Architecture Biennial were awarded Graham Foundation grants. They include: the first major career survey of architect David Adjaye at the Art Institute of Chicago; new site-specific works by artists Mary Ellen Childs and Iñigo Manglano-Ovalle that are inspired by the Mies van der Rohe-designed Farnsworth House; and a sound installation in Chicago’s Millennium Park, composed by artist Olivia Block and commissioned by Experimental Sound Studio, that amplifies “sonambient” sound sculptures designed by Harry Bertoia (1915-1978).

Additional local recipients include a group exhibition “on the idea of the monument in architecture and photography” at the Museum of Contemporary Photography, Columbia College Chicago, and upcoming publications from The Renaissance Society and MAS Context. (Ben Schulman)

A full listing of grantees can be found via the Graham Foundation.

More information on the Chicago Architecture Biennial can be found via chicagoarchitecturebiennial.org.