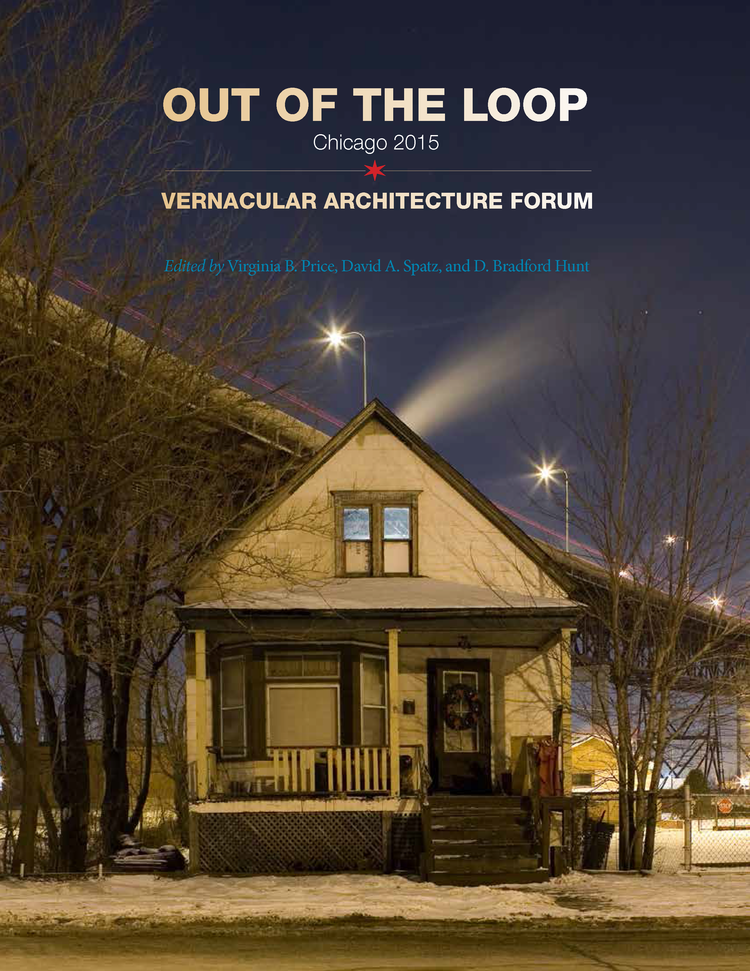 Chicago, like so many transitioning industrial cities, is a patois of buildings, monuments and neighborhood spaces in which preservationist concerns, ethnic conflict and gentrification continually reshape the neighborhoods beyond their Google Maps distinctions.

The study of vernacular architecture concerns the common spaces used by and associated with different cultural groups: the corner churches, fading pool halls, storied theaters, and parks. It moves beyond architectural history or design analysis to the larger social questions of a community’s “settlement patterns and cultural landscapes.” In turn, these discussions pinpoint the value that seemingly ordinary domestic or re-fabricated architecture contributes.

“Out of the Loop: Chicago 2015,” a publication that arose out of this year’s Vernacular Architecture Forum conference, is many things: a compendium of original research and architectural fieldwork, a tour guidebook, an academic reference, and a narrative of Chicago as perhaps rarely seen. Edited by historians D. Bradford Hunt, David A. Spatz and Virginia B. Price, the text seems especially a handbook for the Chicago novitiate, for whom the Loop represents the extent of  both our city’s history and diversity.

Oh, how much there is to learn, starting with the book’s opening essay, “Racism, Ethnicity, and White Identity in Chicago” by David Roediger. This placement invokes us to look at the city’s architecture through race, a dimension of neighborhood transitions to which the text’s essays continue to return. It is undeniable, a lens which grows ever larger as we work to understand and appreciate the architecture of our neighborhoods.

While the two-part text commences with a series of introductory essays and vernacular architecture primers—urban redevelopment, sacred architecture, or street grids—the meat of the text lies in the ensuing sections. Here, the editors devise tours drawn from original research and fieldwork. These are not tours which draw in daytrippers and architectural adherents—they are carefully rendered case studies in contested areas of the city. Consider for instance the resilience of black neighborhoods such as Bronzeville, ever considered “segregated from,” “contained,” or “threatened” as space for development in Chicago’s history. Or alternately the re-fabrication of Chicago’s Devon Avenue as shown in an Indian restaurant’s all-caps title where an art-deco theater’s marquee once proclaimed shows.

It is possible the book could be misconstrued as yet another study in architecture distanced from the people by whom the buildings are actually used. The images show nary a human except incidentally, and one wonders what exactly are the “meat-and-potato concerns” of the everyday people who live in these neighborhoods (apart from historians, academics, or architects). These short essays are but morsels of the true narratives of Chicago’s built environment—they require seeing, sensing, experiencing in person. Arijit Sen describes in his chapter, “Intertwined Cultures Along Devon Avenue,” that the thoroughfare “orders and evokes complex, overlapping, and intertwined worlds occupied by different social groups.” Incoming inhabitants, be they immigrants or gentrifiers, “build a new world inside this preexisting physical shell,” reminding us of the constant growth and decay of a city; indeed, “places are never stable.”

“Out of the Loop” is a useful collection of fieldwork with socioeconomic motivations as well as featuring unique elements of design functional, or aesthetically distinctive to Chicago. These neighborhoods continue to shift their identity around issues of race, transportation, and cultural legacy, and the collected scholarship gives readers both a framework for critical thinking and an invocation to explore. The text is a memory of the city, an image mid-transition which years hence will be seen as history. (Gregory Maher)