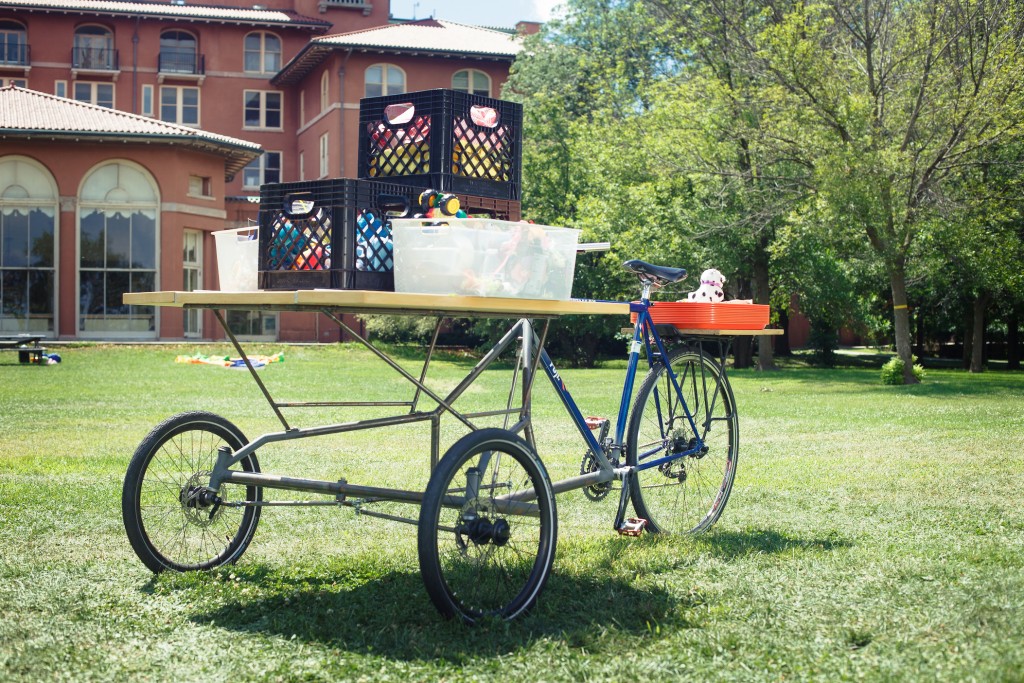 Modern life is full of contradictions. We over-schedule our kids and test them to death in school while at the same time preaching that creativity and flexibility will be the most prized skill-set in the future. Research shows us the benefits of hands-on learning at the same time that art classes are slashed from school budgets. In challenging times, artists often fill the gaps left by shifting priorities and shrinking public dollars.

The FrankenToyMobile, a pedal-powered art studio, was born from this challenge. It brings building activities to parks and public spaces throughout the South and West Sides. The mobile makerspace uses discarded, donated and sometimes broken toys as a tool for creative expression and community engagement. Participants work with zip ties, needles and thread, and hot glue guns to transform the old into something fantastical and new, mashing up dragons with baby dolls and plastic cars to create toys that are pure manifestations of their imagination.

On a recent Saturday, the FrankenToyMobile was parked outside of the South Shore Cultural Center for a day of free building activities. Families from the South Side and near suburbs came because they saw a flier at a daycare, or visited the ChiParks app looking for something engaging. Parents and caregivers jumped in on creating along with the kids. Bonnie, a grandmother from Dalton, made a creature from a plastic doll’s head, Teddy bear body and Mr. Potato Head legs, calling it her “mess-terpiece.”

At the South Shore Cultural Center, a little boy created a “meatball laser and spaghetti shooter” with two lookouts. When Marya inquired about the utility of the Cookie Monster attached, he replied, “He drives the front part.” His mother explains, “I told him that we were coming to make toys out of other toys and he got so excited. We got here and saw all the toys and he immediately picked out these three and he knew exactly what he wanted to do.” The boy, no more than three years old proclaimed, “I made it and I can take it home!”

The FrankenToyMobile was created by married couple Marya Spont and Andres Lemus, in collaboration with Louis Fernandez and Michael Pecirno. Lemus, an IIT architecture school graduate, worked at Redmoon constructing kinetic chandeliers and mobile sculptures before taking a job with Theaster Gates Studio. A talented metalworker, he helps actualize artistic works and architectural projects. Spont is an artist and educator, currently working at the Arts Incubator of the University of Chicago. Previously, she led the Boeing Scholars program at IIT. They both teach through After School Matters. 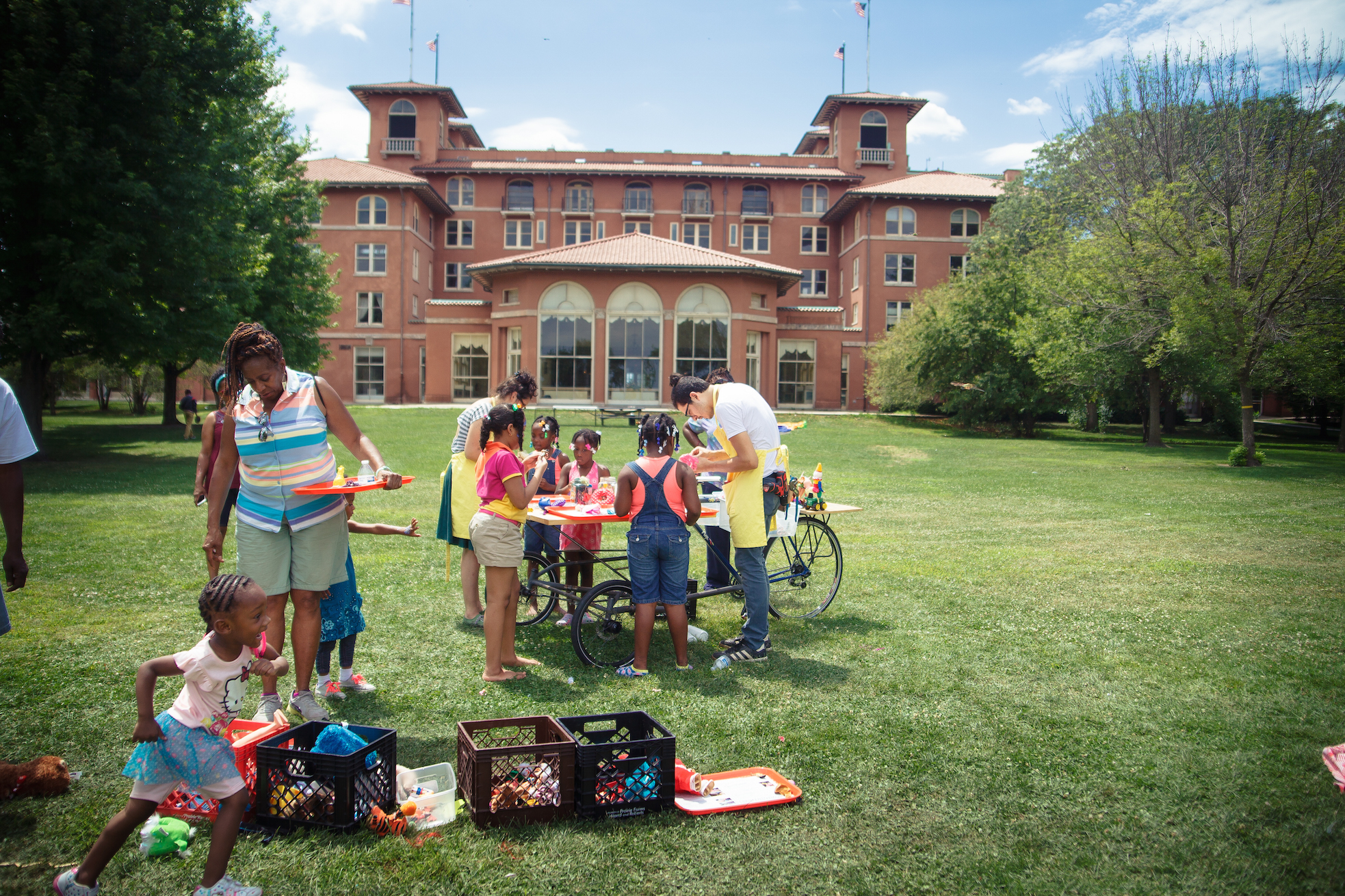 The Frankentoymobile sets up shop at the South Shore Cultural Center

Creating the vehicle and executing public events is itself a mash-up of talent. Lemus constructed the FrankenToyMobile with consultation from Fernandez, an architect and former bicycle mechanic. London-based environmental designer Pecirno advised on the look and feel of graphics and the website. Chicagoans will soon be introduced to his work in the upcoming Chicago Architecture Biennial.  To host the free design-build events, Spont and Lemus rely on a team of talented teens they’ve worked with through one of their many teaching and mentoring gigs.

The majority of the events they host are within a mile of Marya and Andres’ South Side home. However, the mobility of the vehicle allows them the flexibility to partner with others and engage with neighborhoods across the city. In late August, they rolled up to 63rd and Halsted in Englewood as part of Activate! Public Space, an initiative to activate underused public spaces in the city, led by Katherine Darnstadt of Latent Design. They can meet people where they’re at. Literally.

The duo hope that the act of reimagining toys helps kids understand that they can manipulate the world and make change. In the process, they’re rejecting the mass-produced as well as challenging the idea of “gendered toys.” As Spont explains, “toys are one of the first things we identify as ‘ours’ and as such, they help us to do everything from learn to mourn, why not begin with them as a way to remake the world?” One mess-terpiece at a time.