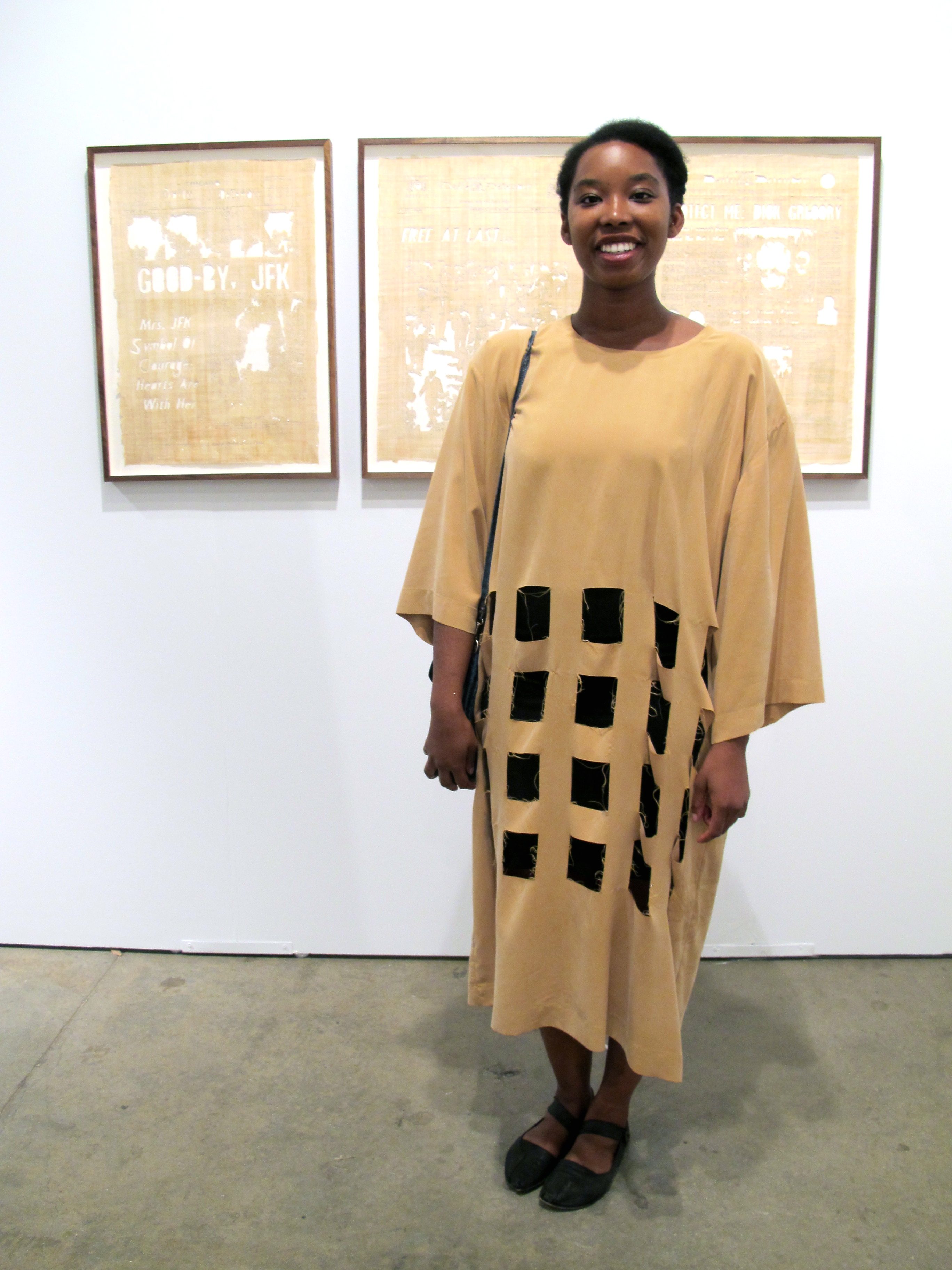 Could you tell me more about your dress?
I love that this dress has a special, handmade feel, but is also super comfortable and fun. One of the gallerists at EXPO called it a “redacted dress,” because of the missing squares. It is by Nancy Stella Soto, an LA based designer. I got it right here in Chicago at Tusk, a truly magical store!

What kind of look were you going for?
Generally, I go for unique textures and shapes when thinking about what to wear. Honestly though, I didn’t give this overall look very much thought—the purse and shoes are in my daily rotation.

What are some of your do’s and don’ts for art events and exhibit openings?
One of the amazing things about being in the arts is getting to wear whatever you want and rarely, if ever, being judged for it.

As an art historian, how do see the evolution of fashion? What are we walking toward?
I think that despite broader trends toward “fast fashion,” more and more creative people are making really fantastic small-batch clothing and shoes. I’d like to think that we are moving toward having fewer, well-made garments, rather than a closet full of things that quickly fall apart. In terms of an evolution, this would be a return to consumption patterns of previous decades. I don’t study fashion in my work as an art historian, but I make knitwear and weavings in my spare time, so I think about clothing and textiles a lot. That said, this answer might be more of a hope than an objective observation.

Which artists best depict clothing in your opinion?
Such a tough question! My research primarily focuses on photography, and some of my favorite historic depictions of clothing have come from Seydou Keïta, a Bamako-based studio photographer who made epic portraits in the 1950s onward. I also think Louise Dahl-Wolfe’s photographs for Harper’s Bazaar in the forties and fifties are amazing.