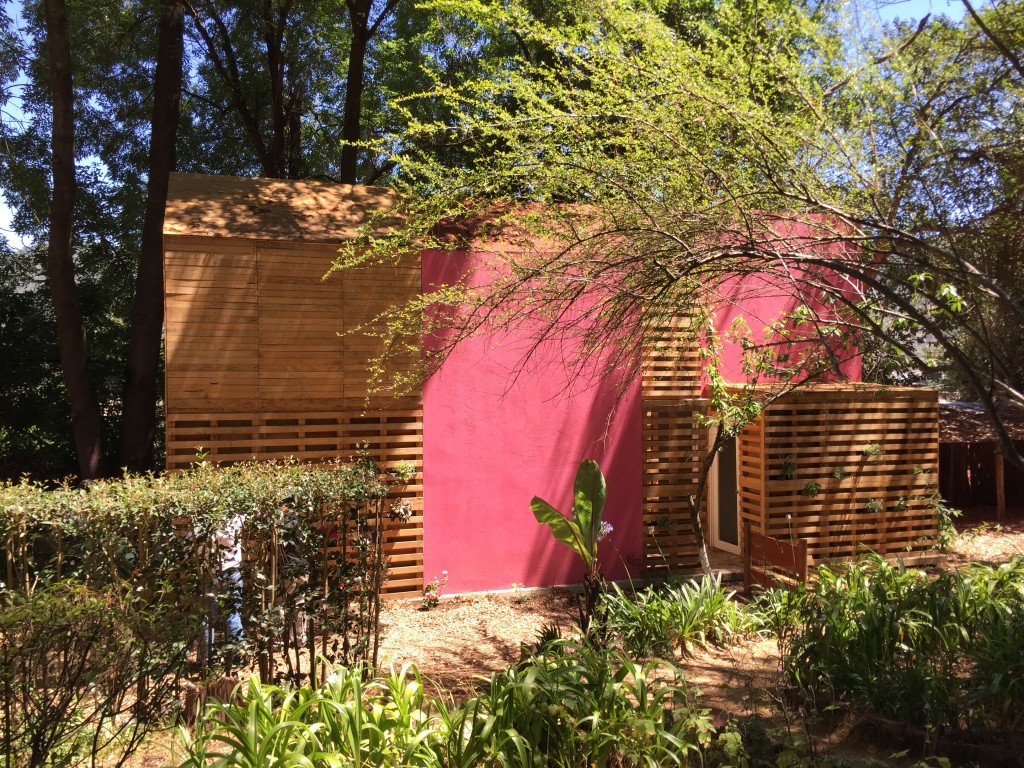 Tatiana Bilbao is something of an anomaly as a modern architect. In an age dominated by digital 3D renderings and computer algorithms, she likes to work with her hands, to sketch and build models. In her studio in Mexico City, her preferred tool is a blue marker.

“I think designing by hand is a kind of reaction to context,” Bilbao says. “I grew up in a country where technology is not widespread or available. In school at the Universidad Iberoamericana, I was still drawing by hand, while the rest of the world was very much involved in how architecture was being done. That is to say, it looked like it was designed from computer algorithms. That’s not very congruent with my context, my way of thinking, my way of doing things. Designing by hand is much more honest, more who I am, more concrete in all my life. It expresses much more what I think.”

Bilbao is a native of Mexico City and one of the more than 100 architects and artists featured in the inaugural Chicago Architecture Biennial, “The State of the Art of Architecture,” running from October 3 to January 3. Taking its name from a 1977 conference, which invited leading architects and designers to Chicago to represent their vision of where the field might be headed, this first-ever North American architecture biennial will include new and commissioned works from firms representing thirty countries—including Bilbao’s firm, Tatiana Bilbao Estudio, more than a dozen Chicago firms, and international firms based in cities as far flung as Johannesburg and Bogota.

Her firm’s widely published projects vary widely in style and function—from a small open-air chapel near the start of a seventy-two-mile-long pilgrimage route in Lagunillas, Mexico, designed by Bilbao and Derek Dellekamp, to the master plan of a botanical garden with art installations in Culiacan, to modular homes that can be constructed for $8,000 to $12,000 in San Cristobal de las Casas. “Our designs and approaches are very different, as wide as the conditions in which we work. What we like is for architecture to be honest,” Bilbao says.

Part of that definition of honesty means being true to the local building conditions and parameters. One of Bilbao’s first breakthroughs came when artist Gabriel Orozco asked her to help build a beach house in the model of an eighteenth-century New Delhi observatory. The stunning result—which includes a round rooftop pool embedded in a cruciform-shaped wooden deck—lies on a steep hill overlooking the Pacific. The low-slung promenade-style layout, carved seamlessly into a landscape of mangroves and cactuses, requires a person to travel outdoors to move from one room to another. It’s as if the home’s shifting elevations and raw materials are an extension of the landscape itself.

Bilbao’s work on the project strengthened her belief that architecture must be more than just a plan on paper. To have a place and function in the world, a design must be built; and, to be built, it must consider the skills of local laborers and the available materials. “Even when I tried to build using the very simple geometries in Gabriel’s design it was difficult. There are very few qualified builders in the region, most of them hand laborers, and it was challenging to describe the ideas on the construction site,” Bilbao says.

That is why in Mexico (and other parts of the world) where construction crews often have limited training and language proficiency, Bilbao favors a design approach that is simple and concrete: a raw, archetypal brutalism rooted in pragmatism as much as aesthetics. Simple geometries also prove easier and cheaper to build than more elaborate computer-initiated designs, according to Bilbao. Affordability and feasibility are important considerations as well, particularly in the context of Mexico’s fraught public housing model.

“In Mexico, the social housing model is unlivable, unhealthy, and dangerous. Fourteen million people live in conditions no one should live in—that they have to pay for. And it’s very expensive,” Bilbao says. “Historically, developers have understood social housing as a financial operation, and architects didn’t fit in the equation. It’s because we can make a difference and help people create their own lives that social housing needs to be a human operation with architects designing spaces. Developers aren’t going to knock on our doors, proposing models.”

Architecture is in Bilbao’s blood, and the social and political vision embodied in her work, no doubt, reflects her lineage. She is the granddaughter of Tomas Bilbao, a minister of urban development for the Spanish Republican government prior to the installation of Francisco Franco’s dictatorship in 1939. Early in her career, Bilbao charted a similar path in the urban realm, conducting research for Mexico City’s Urban Housing and Development Department. In 2004, when she formed her own practice with three other architects, urbanism and public housing remained key interests. Tatiana Bilbao Estudio now has thirty-two people working on more than fifteen projects around the globe. 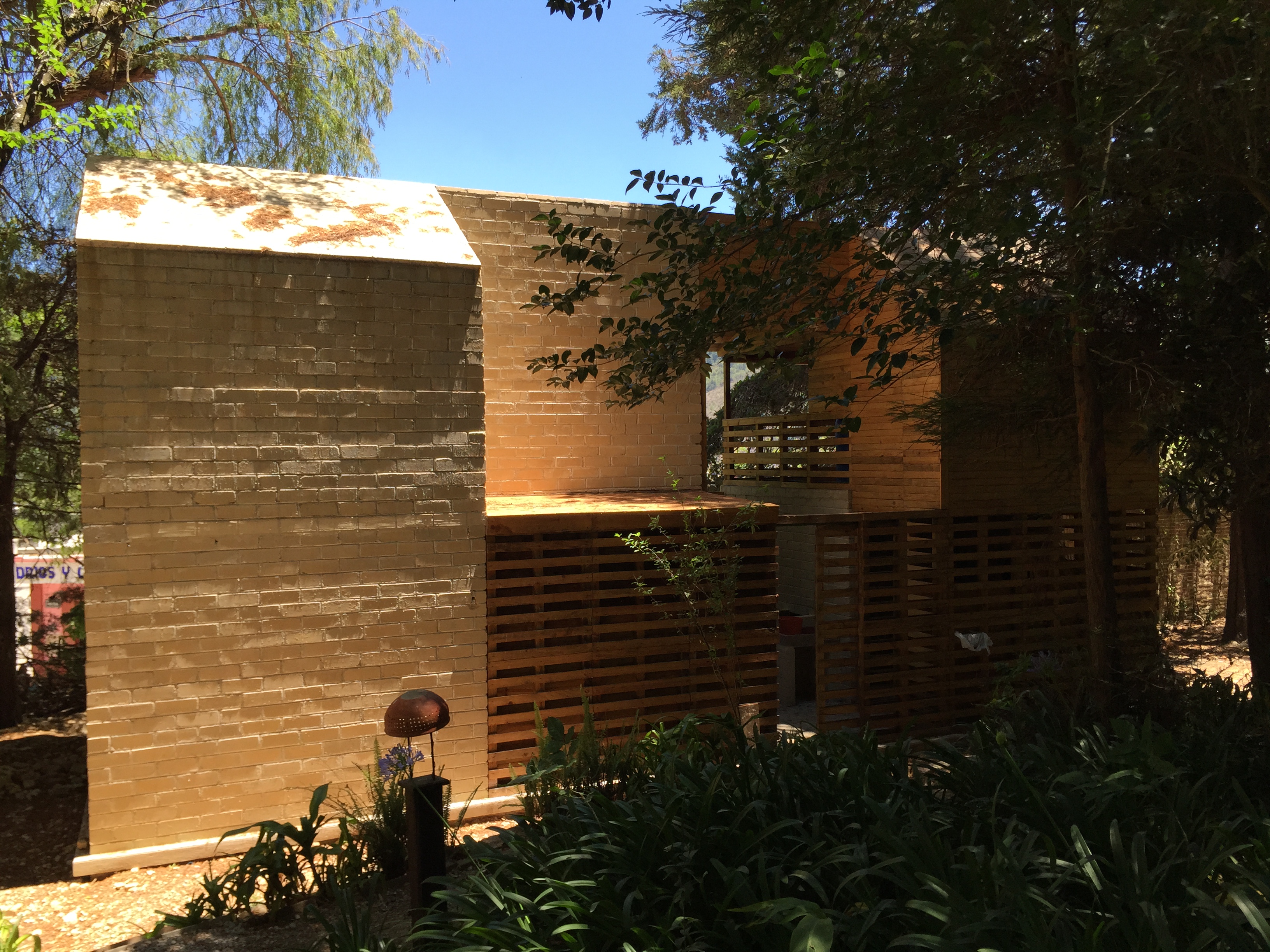 Her firm’s innovations in the public housing realm are among the reasons artistic directors Joseph Grima and Sarah Herda approached Bilbao to exhibit at the biennial. During the survey, they will build a modular home installation, 5.5 meters tall, five meters wide, and twelve meters long, inside the Chicago Cultural Center. The prototype will be modeled after one of the firm’s current projects in San Cristobal de las Casas.

Several years ago, Bilbao was approached by Patricia Armendariz who runs a micro-financing organization called Financiera Sustentable that provides loans to very small businesses to build $8,000 to $12,000 homes for some of the poorest people in Mexico. The plan calls for 3,000 homes to be built in five years. Bilbao’s firm interviewed potential homeowners in the area to find out their space requirements. They discovered that while villagers preferred a pitched roof, they also craved additional space, one of the reasons area builders were using flat roofs and exposed rebar in the first place.

Bilbao’s firm developed an ingenious solution, the Social Housing Prototype, described in a recent interview in Bomb magazine. “We figured out a way—by making interior patios and double-height spaces—for a house-owner to double their space by building partitions, all without exceeding the original footprint of the house, contained under the traditional pitched roof,” Bilbao said. “There’s even a water tank fitted in under the roof.”

So far, Bilbao’s firm has built two houses in San Cristobal de las Casas and twenty more are being built in the town of Acuna in northern Mexico and on schedule to be completed in October 2015. Two modular prototypes—rural and urban—painted bright colors chosen by inhabitants incorporate locally sourced raw materials—earthen brick, wood, shipping palettes—adapted to site and climate conditions.

While a number of  other contracted firms have drafted designs that use the smallest possible footprint—forty-three square meters—Bilbao says her firm has gone in a different direction, designing sixty-two-square-meter homes able to grow up to 120 square meters. “Ours are better, and the main reason they’re better is because there’s more space,” she says. The firm is also at work on public housing projects in Veracruz, Sinaloa, and Aguascalientes, Mexico, and areas of France.

“I’m excited to show a little of the story of how this model works and why it is different and special. My main message is that architects can make a difference in every sector, not only designing for the richest people in the world, but every sector, and especially in the poorest ones, where efficient, thoughtful design is much more needed,” Bilbao says.

Bilbao will deliver a lecture on Wednesday, September 30, 5:30pm at the UIC Architecture and Design building. The Social Housing Prototype will be displayed in the Chicago Cultural Center, 78 East Washington, during the months of the Chicago Architecture Biennial.