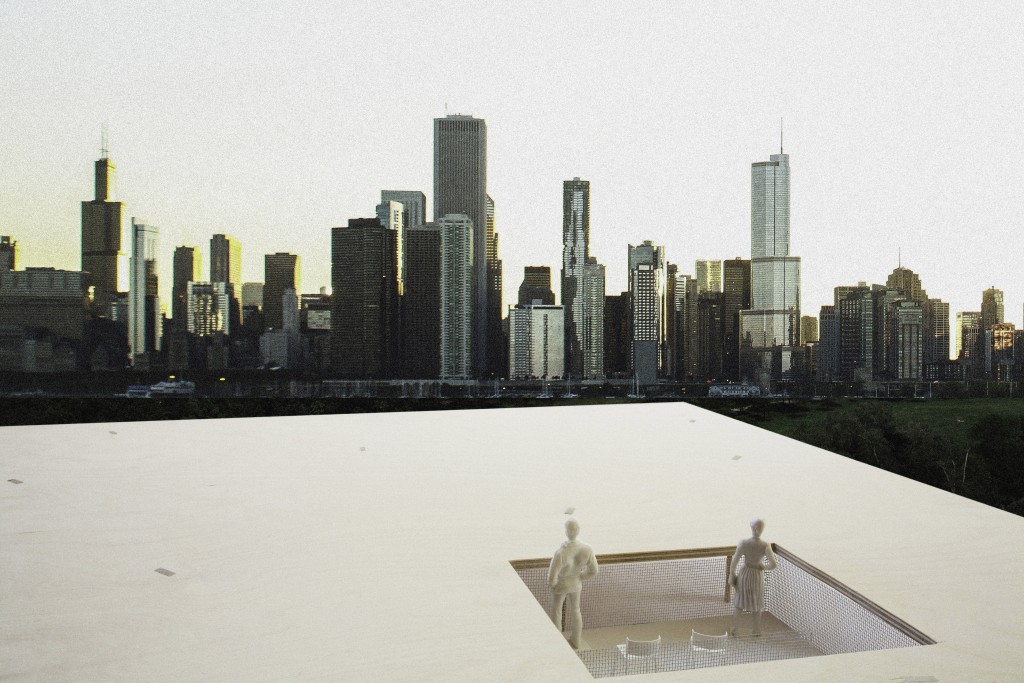 The organizers of  the Chicago Architecture Biennial have clearly followed Daniel Burnham’s directive to “make no small plans.” This is a really big deal.

Offering several months of exhibits, installations, panel discussions, workshops, lectures, tours, performances and other happenings, this first-ever North American architecture biennial aims to cement Chicago’s place as a world capital of architecture, not simply a repository of history but a city of continued innovation and limitless possibility.

The biennial’s schedule of programs is truly overwhelming, particularly in its opening weekend, October 1-4. With so many offerings—and just about every one of them fascinating—we talked to some of the city’s architectural insiders and biennial presenters to find out more about what programs aren’t to be missed, and about their individual contributions to the biennial program.

Zoe Ryan, chair and curator of Architecture and Design at The Art Institute of Chicago
Her contribution: “Making Place,” the museum’s retrospective of David Adjaye’s work, at AIC through January. Ryan began working on the idea with Adjaye—possibly the architecture world’s most global phenomenon—about five years ago. Since then, he’s begun to make a distinct mark in the United States, with his much anticipated Smithsonian National Museum of African American History and Culture in DC and, if you believe the buzz, as a strong contender for the Obama Presidential Center commission. Ryan says she always, “loved David’s approach to architecture—his public engagement and interest in projects for diverse, gritty urban communities,” and suggests that the show addresses his concern with “architecture as an agent for change” while highlighting his singular talent: “tackling issues head-on and combining western and non-western approaches to architecture.”

Her pick: The lakefront kiosks. The biennial has commissioned four kiosks that will be displayed in Millennium Park until January; then permanently placed at the lakefront. She says these will be, “one of the most important legacy projects,” of the event. “Hopefully, they’ll start a tradition of new architecture every two years as something that lives on beyond the exhibition,” she says.
“Making Place: The Architecture of David Adjaye,” runs at The Art Institute of Chicago, 111 South Michigan, through January 3.

For more information about the lakefront kiosks, visit chicagoarchitecturebiennial.org/lakefront-kiosks/

Michael Darling, chief curator at the Museum of Contemporary Art
His contribution: The “A Grid is A Grid is A Grid” installation opens Oct 1 at the MCA. Darling says the museum’s primary biennial entry—a graphic intervention in the present cafe space by the Los Angeles architecture firm Johnston Marklee—is intended as a portent of design changes the museum is contemplating. Offering what Darling calls a “teaser,” the cubist bifurcation of the two-story space suggests one aspect of the proposed reconfiguration of the building’s non-gallery spaces. The eventual goal is to improve the museum’s integration with the neighborhood and its overall user experience.

His pick: The “surprising array” of performance pieces. “I’m really curious about ‘The Superpowers of Ten,’” he said, noting the event in which Madrid-based architect Andrés Jaque and his Office for Political Innovation will create a performance based on the narrative and ideas in the 1977 Eames-office film “Powers of Ten.”
“A Grid is a Grid Is a Grid” runs at the MCA, 220 East Chicago, October 1-January 2.

Tricia Van Eck, artistic director, 6018|North
Her contribution: Rodrigo Lara Zendejas’  “Chapel.” What’s probably most remarkable about the entire biennial enterprise is how enthusiastically the city’s cultural community has rallied around it. It has been warmly embraced and programmed not by just the major, deep-pocketed institutions, but emerging arts organizations like 6018|North. The self-described “non-profit platform and venue for innovative art and culture” is behind some of the most interesting projects and events on the schedule. According to founder and director Van Eck, the installation piece, first presented at EXPO Chicago this September, asks the question, “Has religion been replaced by art?” Mexican-born sculptor Lara Zendejas has interpreted his grandparents’ home chapel, reflecting a more “contemporary” focus in which religious artifacts and symbols have been supplanted by secular artworks, suggesting that art has become a divine object of worship.

Additionally, 6018|North is hosting “It’s Elemental,” a response to Rem Koolhaas’ controversial exhibit at the 2014 Venice Biennale, and is also the sponsor of “House,” by Sarah FitzSimons, an installation at the Ohio Street Beach and “Every House Has A Door” at Comfort Station.

Zurich Esposito, executive vice president, American Institute of Architects Chicago Chapter
His contribution: Esposito will be a participant in “Postmodern Architecture: Preservation’s New Frontier,” on October 3 in the Cultural Center’s Claudia Cassidy Theater. The panel discussion will address a shift in our ideas about preservation. “It’s surprising how many people are almost alarmed that we are looking at postmodern buildings at all in our programming,” he says. “While there is a general lack of appreciation for them and an almost ‘what were we thinking?’ attitude at times, a look at what’s of high quality is warranted in this area.”

His pick: The Arts Bank opening. Theaster Gates’ arts incubator on South Stony Island is “a great way of demonstrating the role historic buildings can have to reignite interest in communities most people pay little attention to.”

Peter Exley, principal, Architecture is Fun
His contribution: Exley is hosting a special biennial-focused PechaKucha Night. Exley has tirelessly promoted PechaKucha—an illustrated storytelling forum where participants must deliver their tale via twenty images, with twenty seconds per image—in Chicago, where he usually holds court at Martyrs. The biennial edition will be held October 30 at the Cultural Center and will feature an all-architecture program.

His pick: AIA Look Up Film Challenge: As part of the AIA #ilookup series, young architects and filmmakers present short films to communicate the essence of architecture and what architects do for and with communities. “It’s an optimistic and encouraging view,” he says.
“PechaKucha Night at the Chicago Architecture Biennial,” takes place October 30, 6pm at the Chicago Cultural Center, 78 East Washington. RSVP required. More info at chicagoarchitecturebiennial.org.