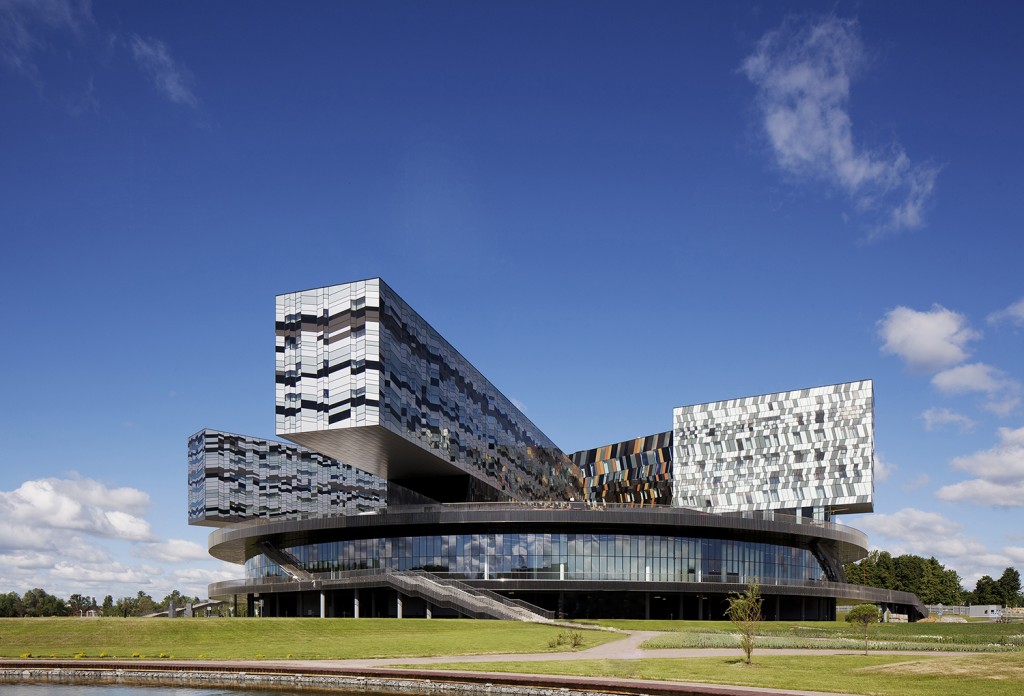 “Making Place: the Architecture of David Adjaye” is the title of the mid-career survey of the work of Tanzanian-born, internationally renowned architect David Adjaye. The exhibit, on view at the Art Institute of Chicago during the Chicago Architecture Biennial, reveals Adjaye’s strikingly original work—buildings that differ radically from one another except for the shared characteristics of graceful simplicity and seamless weaving with the surrounding urban fabric—but is also about much more than just buildings.

This first U.S. survey of Adjaye’s work, co-curated by Zoë Ryan, Chair and John H. Bryan Curator of Architecture and Design at the Art Institute, and Okwui Enwezor,  director of the Munich-based Haus der Kunst museum, engages the viewer in an exploration true to Adjaye’s guiding, global vision: that architecture has the potential to transform reality. Three years in the making, the exhibition was designed by Adjaye Associates and features models, drawings, sketches, film, furniture and installations. 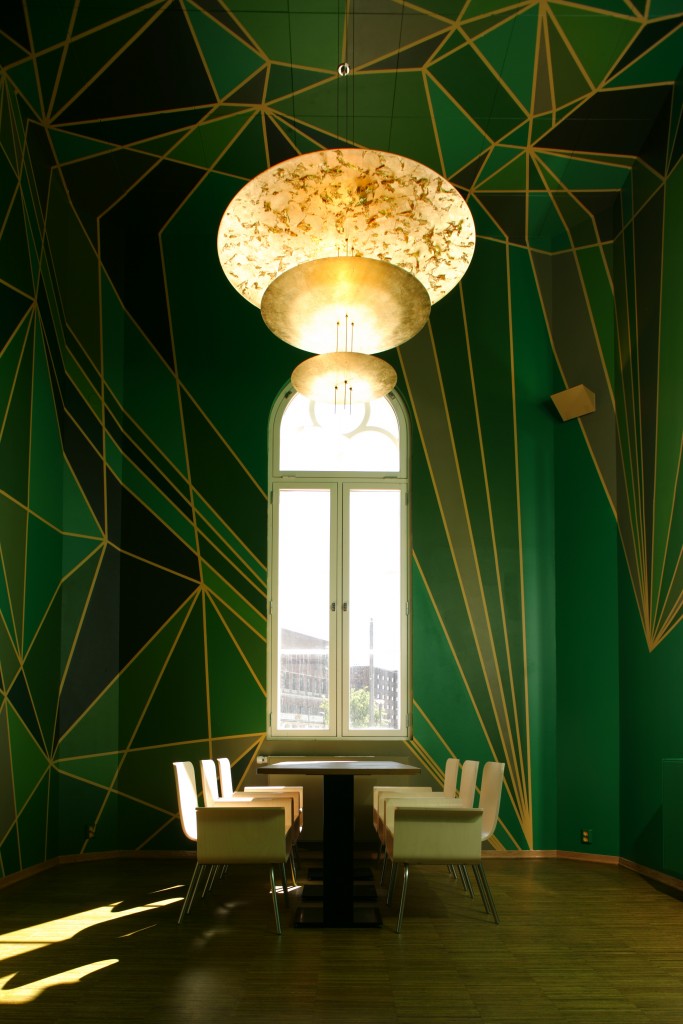 As Adjaye pointed out during an Architecture & Design Society conversation with Ryan on September 16, he made the decision to study architecture at the Royal College of Art, London, rather than an architecture school, eschewing early in his career architectural polemics, and choosing, instead, to focus on the relationship between objects and environment, and the evolving nature of everyday reality. He frequently collaborates with artists, musicians and writers.

From 1999 to 2011, Adjaye made regular impromptu visits to each of the African capitals, paying ordinary citizens, from students to cab drivers, to show him every inch of their respective cities. More than twenty years after Adjaye opened his first office in London in 1994, his “Afropolitan” perspective, and commitment to steeping himself in learning and lived experience is apparent in the fifty built projects designed in his four offices, in London, New York, Berlin and Accra. The result is physical intimacy with and tactile appreciation for the unique features of place animated by people and structures that have inhabited them.

Adjaye’s humanity, his conception of architecture as a means of creating community, is matched by his humility: a refreshing quality that allows the intrinsic power of materials, cultural meaning and design purpose to emanate from his work, unencumbered by ego and free of imposed ideas and desires.

Architecture exhibitions tend to be spare, and can be static, even stultifyingly dull. Ryan noted during the dialogue that her mission is to curate exhibitions that make architecture come alive in a museum setting. With the exception of a small section titled “Urban Systems,” which is less detailed and with signage somewhat confusing, the goal is achieved. Liberal use of walls and floor space in three rooms—one devoted to “Living Spaces” and two, on the first and second floors of the Modern Wing, to “Democracy of Knowledge: Public Buildings,” creates a tantalizingly busy visual and visceral dynamic. Black-and-white postcard-like images lend almost mesmerizing detail to the buildings’ physical, cultural, and historic context. Scale models, juxtaposed with installations of real-size façade fragments, made me, like the proverbial kid in a candy store, want to press my nose and hands up against the imaginary glass case, and devour all the offerings at once. 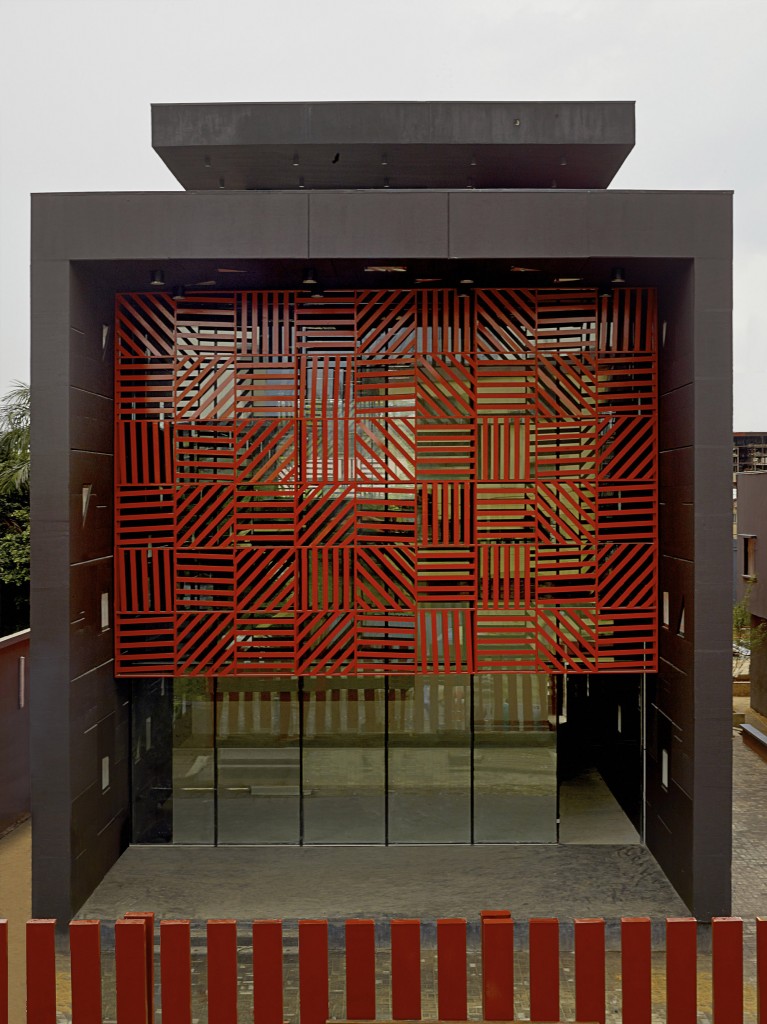 The Public Buildings rooms, especially, feature evocative, elegant projects that made me want to click my heels and be instantly transported to the Stephen Lawrence Centre in London, Sugar Hill in Harlem, Wakefield Market Hall in England, the Francis A. Gregory Library in Washington D.C. and, of course, to 2016 and the opening of the Smithsonian National Museum of African-American History and Culture—described by Adjaye as the dream project of his career. The Horizon pavilion installation, with its slightly uneven rough wood finish and inviting asymmetry, offers the full-body, satisfying experience of entry.

“Making Place” teaches vivid, vital lessons about the transformative power, not only of Adjaye’s work, but of architecture.

“Making Place: the Architecture of David Adjaye” is on display in the Modern Wing of the Art Institute of Chicago from September 19 through January 3. A series of public programs accompanies the exhibition.