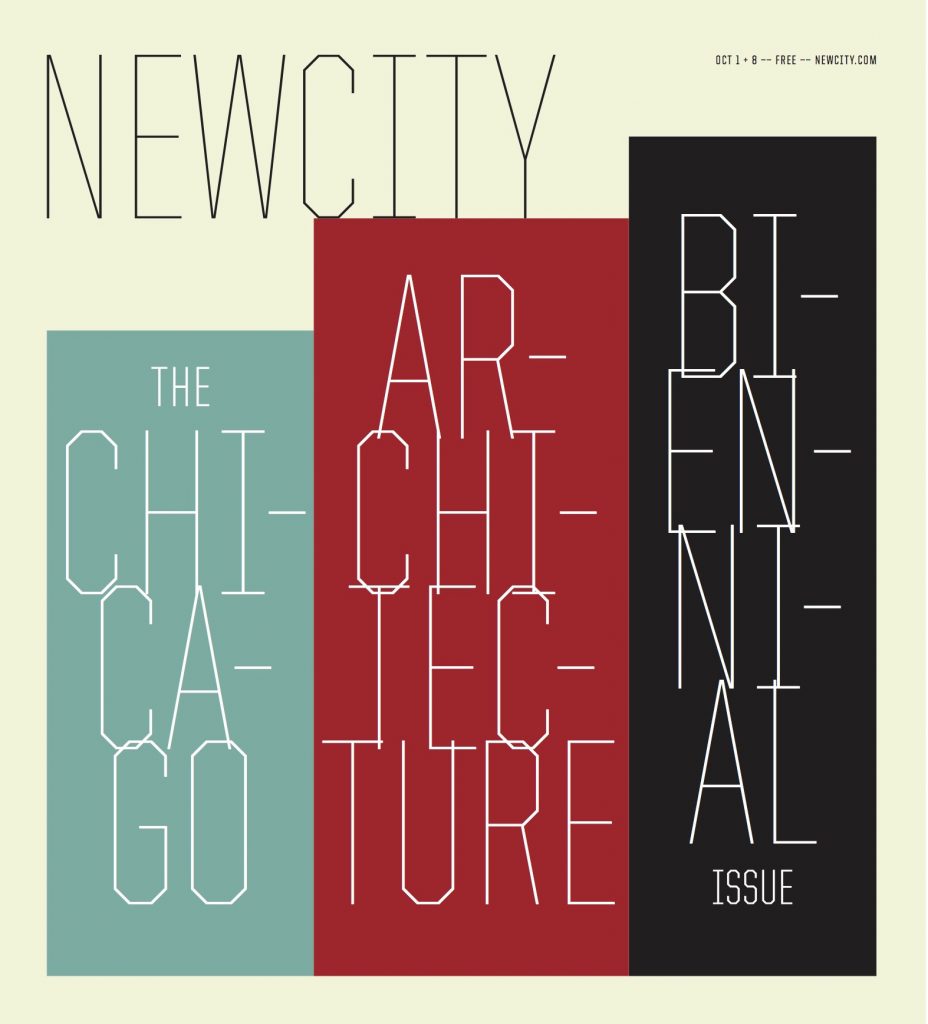 “We shall leave, for remembrance, one rusty iron heart.”
—Nelson Algren, “City on the Make”

What’s rattling around that rusty heart some fifty years hence Algren’s lovingly caustic sendoff? For some, a boomtown of glass-sheathed skyscraping ambition and beautifully manicured space. For others, a city on the brink, potholed with equal parts resilience and resilient decay.

Maybe not so much has changed. Maybe this bifurcated nature—what Algren called the “Janus-faced city” and what might today just be called a condition of “the Global City”—has always been an elemental part of the city’s framework. From the Gilded Age splendor of Prairie Avenue hulking over Jane Addams masses, to Operation Breadbasket pushing up against Gold Coast shores, it’s a city aggressively unsure of how sure a place it is.

These multitudes play out in the city’s streets everyday, where the design of the city’s buildings, parks, transportation networks and policies all inform the way we go about our daily lives. It’s design that makes Chicago, and Chicago, long home to the most transcendent of American design moments and movements, makes design.

While grounded and formed in Chicago, these moments, in their particular time, have influenced the design of much of the modern world. And now, on the occasion of the first North American biennial dedicated solely to architectural thought and design, Chicago is its port.

The Chicago Architecture Biennial is here. Three months of programming featuring over 100 firms and designers from around the world, and hundreds of lectures, events and happenings. A brawling, open salon that picks up the conversation Chicago has never stopped having.

“Wow!” Interpreting the Language of Architecture with Ania Jaworska

Fields of Color: Amanda Williams Brightens the South Side

The Transformative Power of David Adjaye: Making Place in Chicago