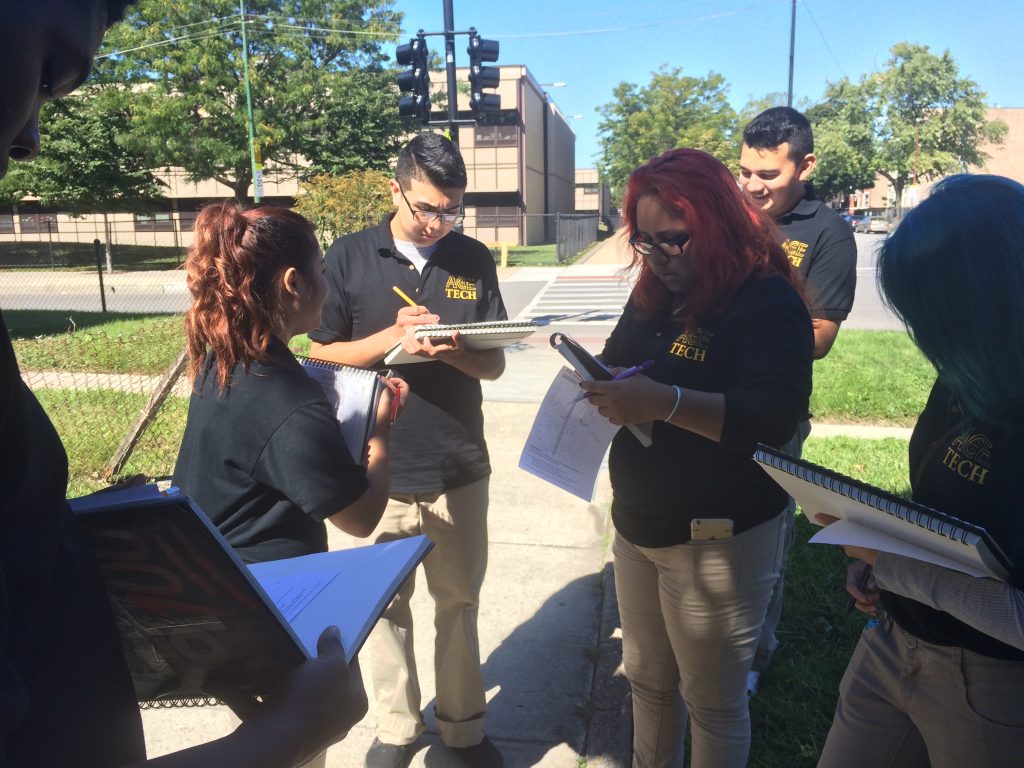 One evening last winter, traveling south on the Stony Island, I witnessed a Chicago I had never seen before.

As we sped past Jackson Park and the Museum of Science and Industry, I noticed an almost instantaneous change. We had crossed the continental divide—not formed from tectonic plates, but by institutionalized ideas of separation. Having called Chicago home for six years, I’m ashamed to admit that I was seeing a Chicago I did not know.

The vacant apartment buildings and roughly paved parking lots that adorn Stony Island reminded me of the Lower 9th Ward in New Orleans, a site I witnessed in the spring of 2006. That winter night in Chicago, I was dumbfounded by how our world-class city could so suddenly resemble a neighborhood located below the water line of the Pontchartrain.

That night, I wondered how we could envision a new way to map Chicago. 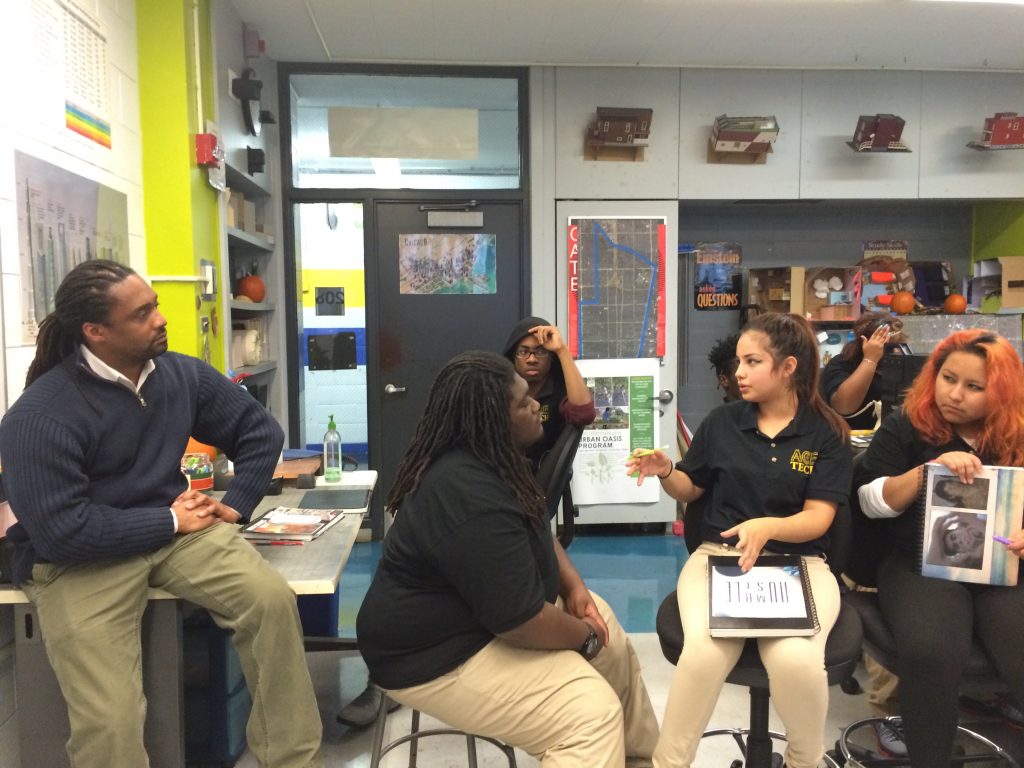 This map would be an unapologetic image relaying how physical distance is only the beginning of what separates Chicago neighborhoods. The Shared City Project arose from my desire to have this image be the work of a population rarely given the opportunity to affect their own environment, not the creation of individuals trained in the science of designing buildings and planning cities.

I pitched the Shared City Project as part of a built-environment literacy curriculum to ACE Technical Charter High School in Washington Park. I met with the assistant principal as well as Jerome Thymes, the school’s head architecture instructor, to envision the program. The three of us discussed how this program could empower students as citizen designers, urban investigators and messengers of the nuanced effects of access and dissociation. Thymes relayed an even more salient concern: “I want my students to just be able to navigate the city, to go to a neighborhood that they’ve never seen before.”

In late August, I arrived at ACE, my ears still full of the sound of I-90 traffic beneath the Garfield Avenue Red Line station. The students and I used the vacant grassy lot adjacent to the school to make a human-scale map of the city. Converting miles into paces and counting by eights, they positioned themselves as different neighborhoods in their location respective to the Loop. The majority of them are too young to know the significance of the acres of grass beneath our feet, where the Robert Taylor Homes once stood. Most of them likely don’t know that the location of those buildings is the reason why the windows on the north side of the school are plexi instead of glass.

We asked the students to write down all of the aspects that enable a neighborhood to feel like a cohesive, safe community. They covered every category I expected, including housing, clinics, parks and banks. But when they offered examples like different cultures, crime rate and a ward office, I realized how living in the city had already made them completely aware of what dynamic community planning requires.

In October, the students began designing pocket parks for the Chicago Architecture Biennial and BP Design Competition. Before they drew site plans or built models they researched the neighborhood locations provided by the competition.

They discussed gang territory, the “tourist areas” of the city and how to transform the idea of remembrance into built form. They became public-interest designers by first understanding who the public was.

Chicago will have to be open to change if we’re going to write a different future this century. Right now I believe a group of eighteen-year-olds in Washington Park might be the most equipped to show us how. 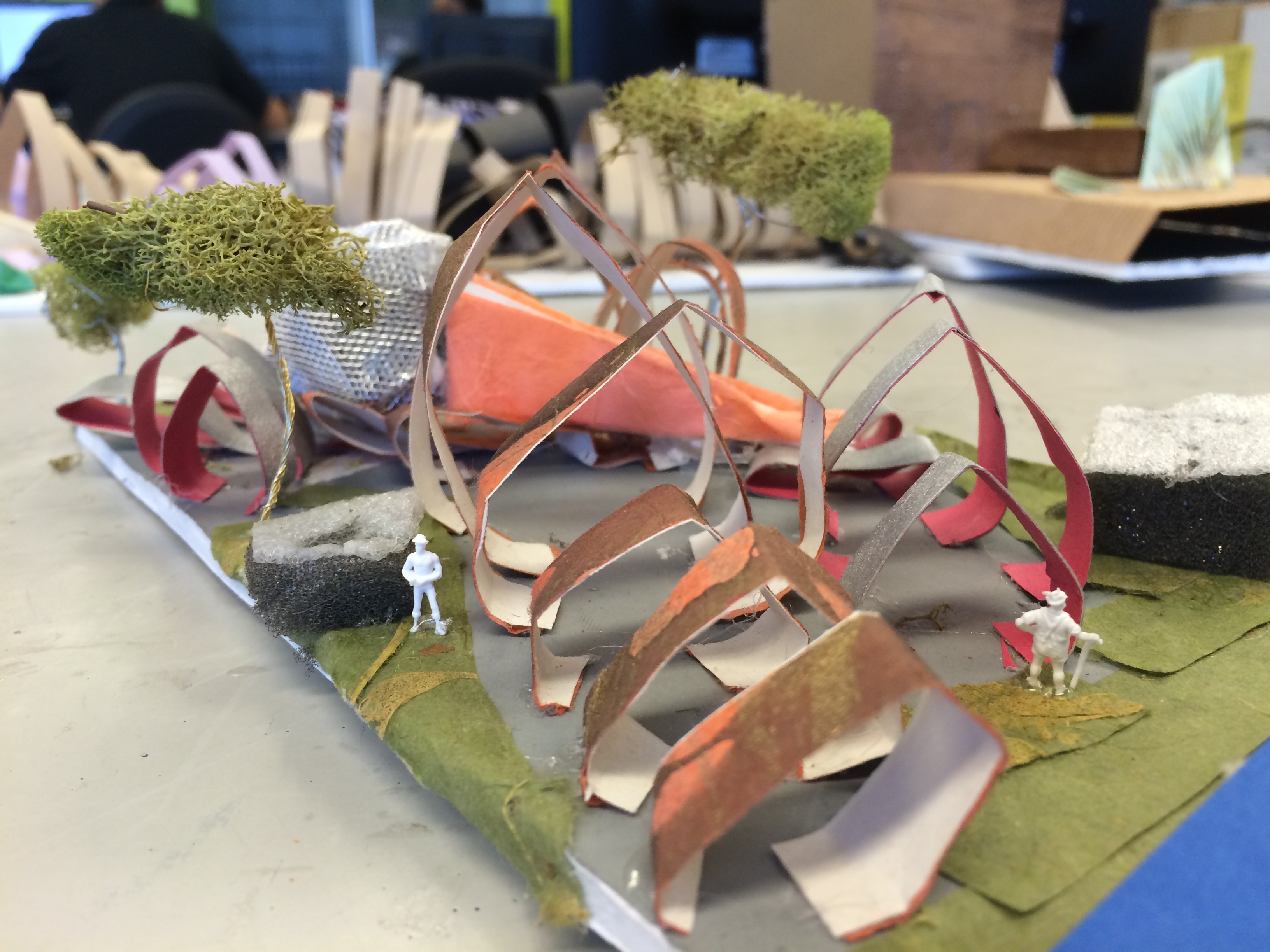