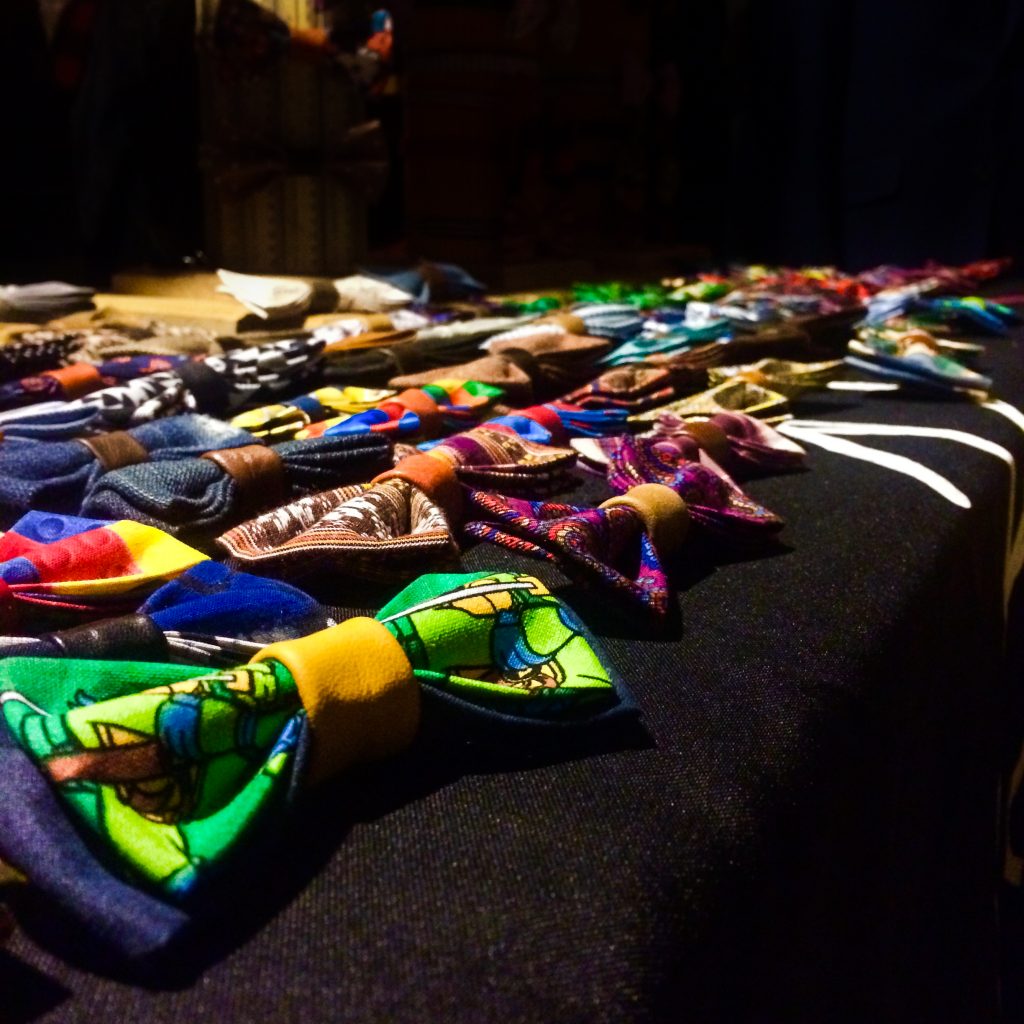 Peter Gaona is a contemporary dandy. His nuanced exploration of contemporary sartorial expressions and masculine style manifests in a mix of vintage and modern pieces via his company, Reformed School. The Chicago-based outfitter brings handmade bow ties to the fashion forefront, fusing old-school craftsmanship with secondhand materials and modern style.

Like many independent-minded bow tie wearing men, Gaona, doesn’t believe in “one size fits all.” When he had a tough time finding a denim bow tie, he took it upon himself to change the situation. “I decided to make my own,” he says. “I played with a number of options and decided to cut up a pair of old jeans and leather pants to fashion the tie. Whenever I wore the denim tie, people asked where they could get one.”

Gaona, who has trained in dance and has worked with several dance companies across the United States, has been altering and distressing his own clothes for years. During his dance career, he took private classes with a seamstress to learn to make dancewear, but things really took off in an entrepreneurship class while pursuing his bachelor’s degree at Columbia College Chicago. There, he began making grocery totes out of t-shirts he no longer wore but held sentimental value. “Reformed School grew out of that project and a style conundrum,” he says.

Reformed School’s collection includes pre-tied bow ties that come with an adjustable neck strap that can be anything from pearls to velvet to measuring tape. There are formal bow ties with boutonniere lapel pins to brightly-patterned flamboyant ties for extravagant occasions to simple, plain, elegant designs for everyday affairs.

Gaona sources materials from local thrift stores, looking for interesting prints and fabrics, both new and used. Among his most outrageous finds are leather pants, scarves, shirts, skirts and pillowcases. Whilst the plain, James Bond-style black bow tie is still very much alive, Gaona’s brand is not afraid to bring flamboyant colors, stripes, polka dots and velvets, into the mix. Distressed denim, floral print, Afro-Punk, leopard print, glitter, stars and stripes, the symphony (musical print): these are just a few examples of how Reformed School is moving away from traditional materials, prints and classic lines, and deconstructing the popularized notions of what bow ties are made of. 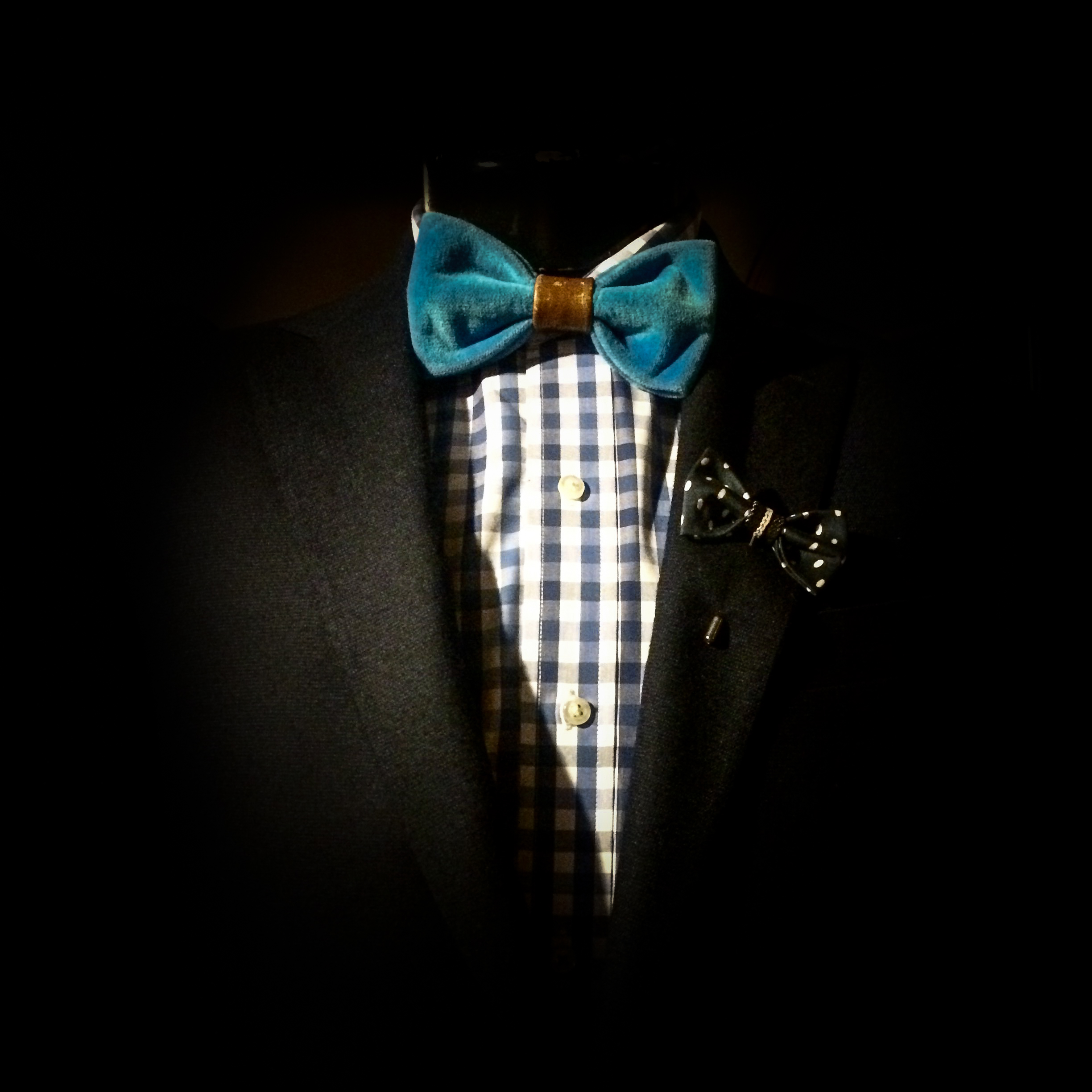 Gaona’s focus on using recycled material is something new and distinctive in the bow tie industry as well. His eco-friendly philosophy proves that Gaona, a man of meticulous grooming and very particular ideas of fashion and style is not all about playing dress up—not when more than fabrics and fashion-consciousness are at stake. “Did you know that the average U.S. citizen throws away seventy pounds of clothing and other textiles annually?” he asks. “Repurposing old clothes cuts down on the amount of textile waste that we are contributing,” he says.

The bow tie has experienced a great many changes in form and function since its introduction into men’s dress, but never ceases to suggest class and sophistication. Gaona, a self-fashioned gentleman, who carefully considers his clothes and accessories and values the deliberation and meticulousness those activities require, uses fashion as his tool of rebellion. In an attempt to redefine common stereotypes and preconceived notions about style and masculinity, he is appropriating and re-appropriating the bow tie into a variety of different looks, breaking free of the perception that once considered it a purely formal accessory. Reformed School bow ties are truly one of a kind: a daring way for men to express themselves with originality and flair.