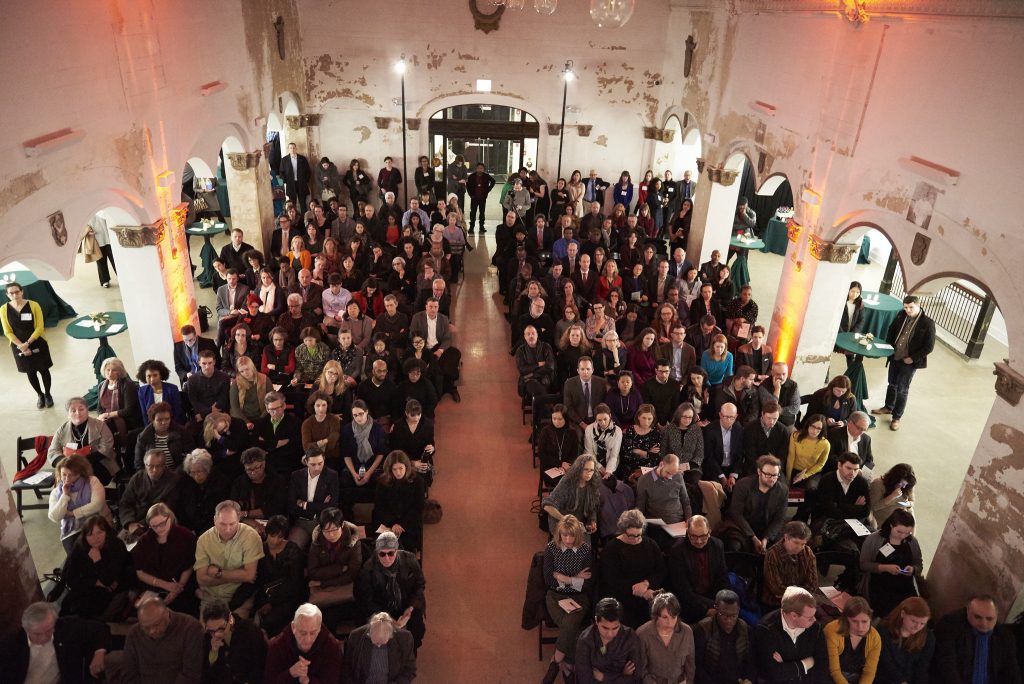 A merger between the University of Chicago’s Harris School of Public Policy and Arts + Public Life was announced on February 1 by Dean Daniel Diermeier at Stony Island Arts Bank. The program, introduced by the elegant and gracious Joan Harris, featured a panel discussion with Diermeier, Arts + Public Life’s Theaster Gates, Jr., and Department of Cultural Affairs and Special Events (DCASE) commissioner Michelle Boone, moderated by Carol Coletta, vice president of community and national initiatives at the Knight Foundation.

The merger is a marriage of great minds: highbrow academy weds the high commissioner of social practice. The electricity at the Arts Bank—packed with eager students, seasoned faculty and arts educators and professionals—reflected a venture that promises direct engagement and deep transformation, with powerful symbolic value. It was a historic moment. As Gates pointed out during the discussion, with characteristic aplomb and honesty, Stony Island hadn’t seen so many white people in forty years.

The new iteration of Place Lab will benefit from Harris School’s expertise in rigorous analysis of social and political challenges and opportunities, and commitment to practical results, led by Diermeier, an eminent scholar known for his entrepreneurial spirit, capacity for creative engagement and nuanced understanding of the intersection of business and politics.

Meeting them in the middle is Gates. His Rebuild projects—Archive House, Listening House, Dorchester Art + Housing Collaborative, Black Cinema House and the Arts Bank—have remapped the intersection of art, architecture and community redevelopment. They also demonstrate Gates’ ability to manifest a vision, equally rigorous in ambition and the faith that organizing principles of art and culture can galvanize real-world experiences to create diverse, dynamic communities. Gates understands that community is a requirement, not a result, of neighborhood revitalization. 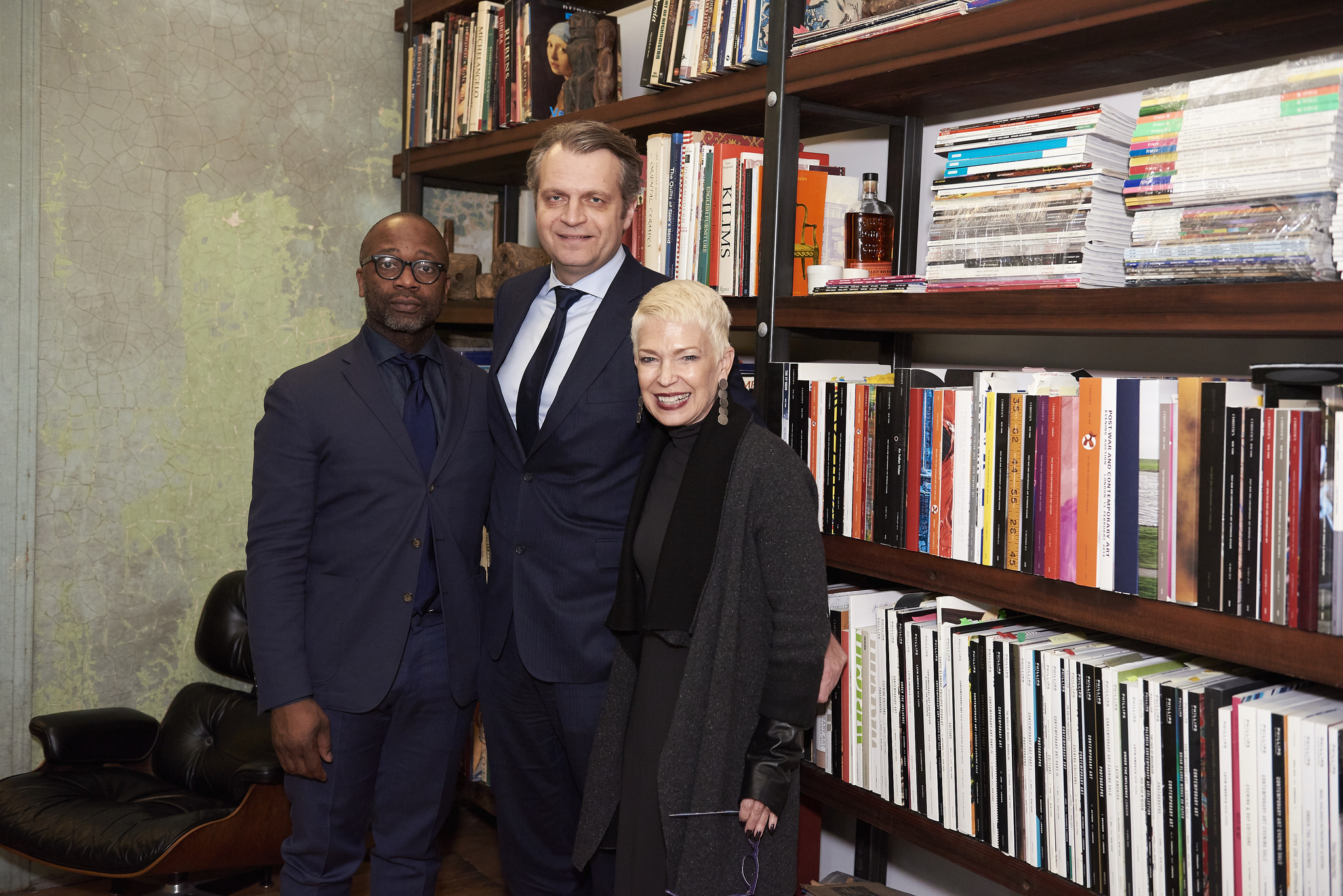 For a sense of what Place Lab aspires to achieve, look to ArtHouse: A Social Kitchen in Gary. The project, initiated by the City of Gary, was one of four across the country awarded grants of one-million dollars from Bloomberg Philanthropies’ Public Art Challenge to reinvigorate urban centers. Gary civic leaders reached out to the University of Chicago, and the collaboration with Harris School and Place Lab led to an organically evolving initiative that will occupy and enliven an existing building, generate business activity and provide job skills, and respond to resident aspirations for creative community building.

With additional funding from the Knight Foundation, ArtHouse will be the site of a culinary training program, food-based businesses and public art installations. At community events, such as Home Grown Meals, residents have enjoyed the ritual of a shared meal, while discussing issues and ideas central to the life of their city. ArtHouse exemplifies a tenet of Rebuild Foundation’s guiding vision: reactivating underused and abandoned buildings in underinvested communities and doing so with beautiful art, intentional design and public cultural programs. The grand opening of ArtHouse is scheduled for September 2016.

Beginning April 2016, Place Lab will host a series called “Ethical Redevelopment”: a monthly social learning network and peer-mentorship program to promote knowledge exchange among artists, community organizers and development and planning practitioners from across the US.

The gush over Gates can be tiresome—to no one more than Gates, no doubt—but the accolades are deserved. He has used the cachet of his it-guy status to draw interest and resources—Rebuild counts $35 million—to what was another mostly ignored African-American South Side community, and to demonstrate in 3D, as he declared at the Arts Bank opening, how black people and black place sustain ownership of the “highest imaginable culture.” The critical mass of achievements in Grand Crossing have set sorely needed higher standards in a field where expectations of many funders, chary with their funds and wary in their ideas, stymie scale and freedom to experiment for other organizations.

It’s time for universities to leverage the formidable muscle of their moral leadership, financial and intellectual capital, and technological resources to set new institutional standards. It’s starting: at the University of Chicago, at the Great Cities Institute of the University of Illinois at Chicago, Columbia College Chicago’s Center for Community Arts Partnerships and the School of the Art Institute, which just opened its first satellite space in North Lawndale.

The relaxed, celebratory mood at the Arts Bank was a welcome change, a sea change, from the days, not so long ago, when established institutions made perfunctory—token, we used to say—efforts to engage underserved communities. Kudos to Commissioner Boone, as well as to Gates, who use their savvy and street cred to make long-overdue investments and resource sharing cool as well as compulsory.