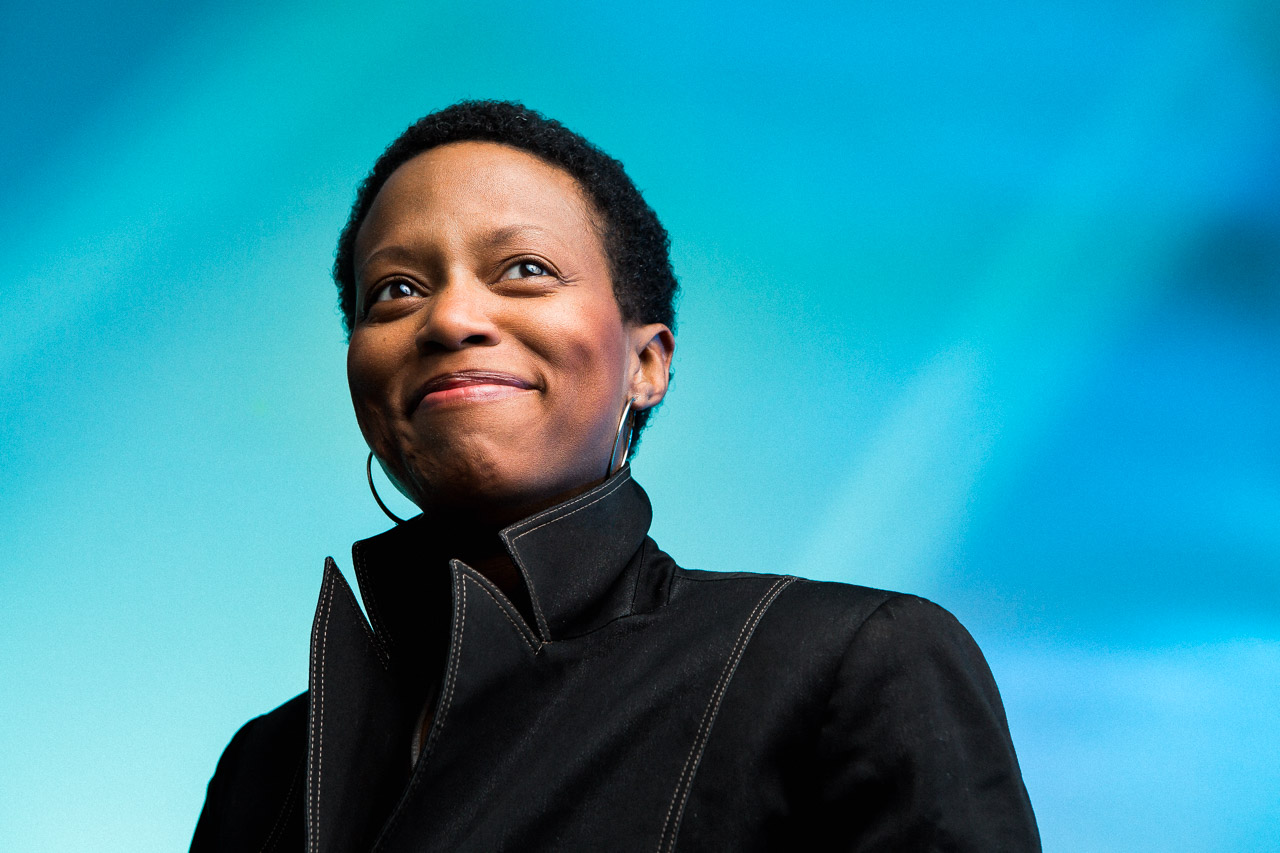 Amanda Williams jumped to the forefront of multidisciplinary design practice in Chicago with her project, “Color(ed) Theory.” A site-specific commentary on the spatial implications of race, class and opportunity in a city divided, houses slated for demolition on Chicago’s South Side were painted in bright hues to activate vacant and unused blocks while interrogating their history and meaning within our shared cultural context.  The project was included in the inaugural Chicago Architecture Biennial where it garnered praise, critical reception and recognition from local government and arts organizations while furthering a global conversation about the role of socially aware art and architecture in our culture.

Williams has always bridged divergent worlds in her life and her work. Growing up in the Auburn-Gresham neighborhood and attending an Ivy-League university (Cornell). Practicing architecture while engaging with artistic practice. Working anonymously and illegally then being embraced by the establishment. The past year has seen her work celebrated and showcased throughout Chicago and the world, but now she must chart a new path amongst the increased attention and never ending demands on her schedule while staying true to her goals.

This has been a whirlwind twelve months for you. How are you dealing with all the exposure and attention?
I’m trying to navigate the anonymity that the [“Color(ed) Theory”] project had with the high-visibility of my work after the [Chicago Architecture] Biennial. It’s not necessarily street-cred, but the genie can’t go back into the bottle. Do I work with community groups? Do I leverage my access to local government? At what point does the whole thing paralyze itself? There was a power to that project because it was unexpected.

That project (Color(ed) Theory”) was really a commentary. Has the increased awareness and attention led to more direct action opportunities?
I’ve been asked to do a lot of direct-action things, but have been hesitating to commit to anything. I feel like I need a strategy for this next step so I don’t get mired in the social activism and lose track of the art and architecture. It doesn’t mean that activism isn’t important, but it is a slippery slope to start advocating all the time instead of using my unique lens to focus on these issues. That’s been the struggle—to have the breathing room to think about that while everyone else is ready for me to just jump right in.

You have always straddled the line between art and architecture. Artists are unique because they can be an outside observer commenting on a situation while architects are tasked with creating and improving these situations. Have you felt increased tension between the two?
Yeah. That is a perfect description. The architecture side is definitely stronger [with new organizations and individuals Williams has been working with]—they wonder, “Why would you not do something?” On the art side, [these organizations] don’t quite get why I care whether or not it means something.

There is a lot of frustration where people seem to be saying, “Why don’t you just do the next thing and see what happens?” That, to me, is a little bit trite. I want to be more strategic.

What about the political side of your work? Are you feeling more pressure there?
Yeah, more pressure, more confusion. How do you really leverage [this success]? Do I get in bed with these people or remain an outsider?

With the site-specific installation work, people have wondered why I don’t just call up the mayor. While I can do that, I wonder if it is right for my projects. Do I need to get over myself and take advantage of it? Or is that part of the problem, that nothing happens on this lot until you have the ability to just call up the mayor?

I was recently asked to be on the Chicago Zoning Board of Appeals. At first I turned it down. Then I thought why not, let’s try it. I think it can be interesting as part of an artistic practice where there has to be a practical and political component to what I am doing if I want to make the kind of impact I’m looking for.

I wonder about the different introductions you have received since the Biennial at various events and speaking engagements—what aspect of your practice they choose to focus on.
It’s interesting because you don’t realize until that moment what is important to people. One of the most consistent factors is that I teach at Illinois Institute of Technology School of Architecture. First, I’m adjunct, not a full professor. Second, [Dean] Wiel Arets is not turning cartwheels for me or anything I’m doing, even with all this attention I’ve been getting. It is interesting to me that it carries so much weight given IIT’s lack of local engagement, but people need you to be tied to an institution that they understand. 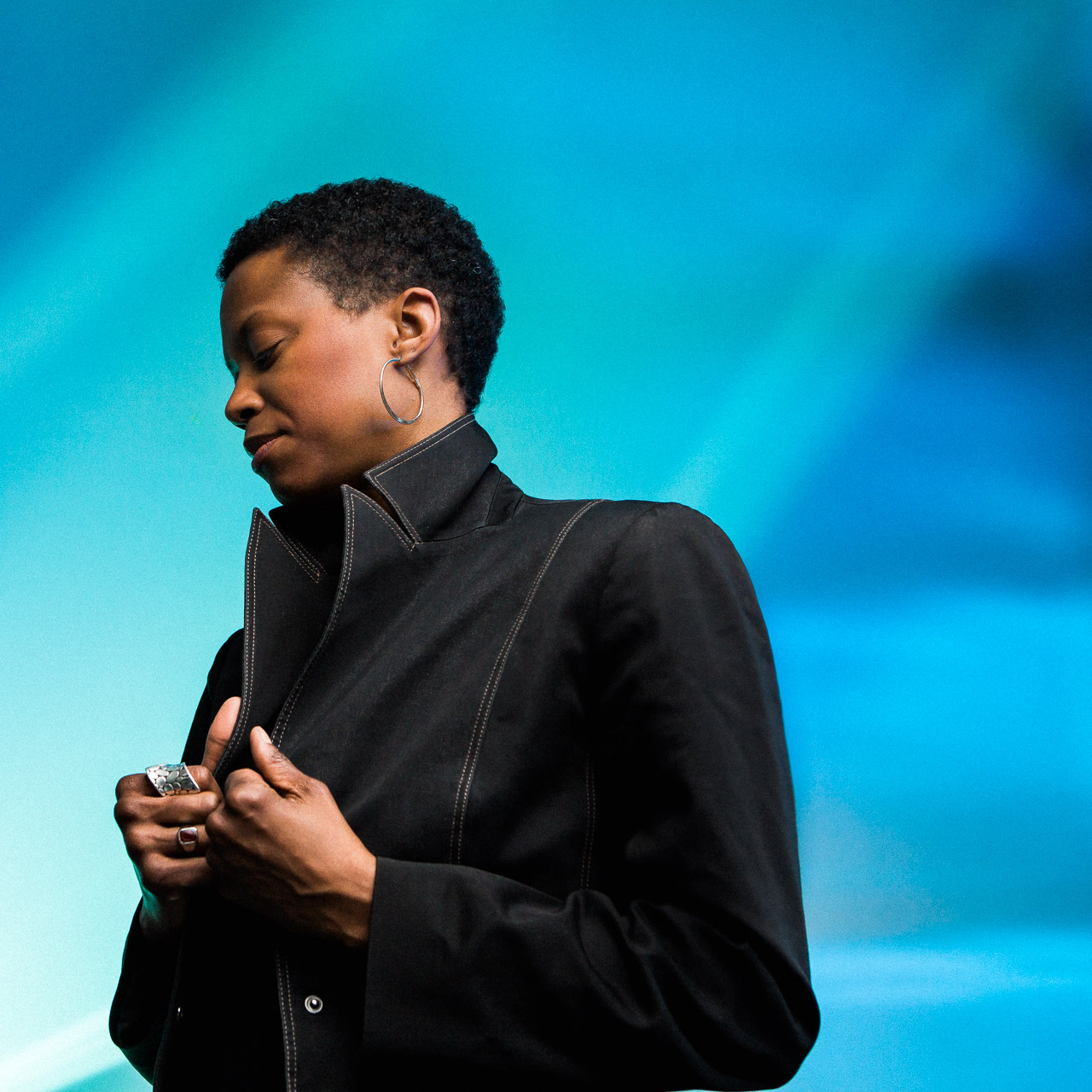 I don’t know if the new curriculum at IIT School of Architecture is understood by politicians, planners, and even architects in Chicago. Proceeding the Biennial, there was a simmering undercurrent of tension between IIT School of Architecture leadership and [Biennial curator] Sarah Herda.
Dean Arets didn’t speak to me once. There were two events where we were both there, I was sitting directly next to the mayor and [Arets] didn’t come speak to me once. I took that as [IIT School of Architecture leadership] believing that they have a bigger understanding of architecture at a global perspective—that this circle of intellectuals understands things and these other people don’t really get it. There was an attitude [at IIT] that this Biennial is irrelevant and they will tolerate it because they happen to live in the city right now. [To them] it’s not part of the larger canon or the global conversation. The content, the pedagogy, it’s just irrelevant to them.

That really echoes [Zaha Hadid Architects director] Patrik Schumacher’s criticism of your work. You have this European tradition of modernism but they don’t have the fractured and segregated societies, the history of institutional racism and slavery that America does.
So I met Schumacher recently. [My husband and I] are standing there and [Schumacher] asks, “Who are you, what do you do?” I introduce myself and he asks, “So where do I see your work.” So I said, you’ve already commented thoroughly on my work, and it hit him who I was. [Schumacher commented extensively on the Chicago Architecture Biennial, including Williams’ work, in a series of Facebook and Twitter posts and in an op-ed for Dezeen.] He said something to the effect of, “My comment was less about whatever it is that you think you are doing, but rather with what Sarah [Herda] is doing.” I can’t remember the specifics of everything he said since it was rather boring and trite, but he thoroughly exhibited that he has no understanding of this context [I am working within]. The more he is critiquing the project and I am explaining what it is about, the more confused he is getting. For me, it’s about raising these questions; it’s not a feel-good project. It’s not supposed to be beautiful. It’s not solving any problems; it’s actually highlighting really crazy problems.

How do you think your work will translate into a more global context where it isn’t about issues specific to Chicago but more global issues around inequality, poverty, globalization, refugees, et cetera?
In my dreams it becomes part of an existing trajectory of people that can have some agency, that are trying to manipulate and utilize access to resources. I feel like it has to be more than one-off wonders that rely on the charisma of a single person. What I did was almost like a paperclip—it is so simple, but people get it immediately.

We can’t be waiting for these outliers. What becomes the baseline? Does this inspire people who are searching to formulate a path, or is that already happening and this is allowing it to continue to gain legitimacy?

Do you think this movement [of socially aware design] is coalescing at a global level?
Sort of. All these shifts in global balance make it such that these conversations must be had. In my eyes, architecture is behind the curve. This might be another instance when it feels like we are gaining momentum because now it is being acknowledged as critical to getting things done, but I don’t think we are leading the charge. But it is becoming a thing in architecture.

The number of programs and special discussions around spatial justice and social engagement in architecture is amazing. It is the topic. But until it really impacts the dollars it won’t create a long-term shift in architecture.

I think it is a little reminiscent of digital fabrication in architecture. We weren’t ground breakers; we were over twenty years behind the emergence of this in manufacturing.
Except in our minds we were cutting-edge. It’s sustainability also—LEED is a perfect example.

They are new to us inside the profession, but architecture indexes culture. Those who criticize socially aware architecture do so under the assumption that we are trying to change society, but it is society that is changing and architecture that is reacting.
Absolutely, and it baffles me.

The resistance to art, as well. I remember standing in the Cornell galleries looking at original Zaha Hadid paintings, admiring the craft and aesthetics, and now the director of her firm abhors art in architecture? It’s baffling.

Do you feel that foreign institutions can really understand your work, or work like “My Detroit” for the American pavilion at the upcoming Venice Architecture Biennale?
At first I felt like that, but lately I have been wondering if there is a way for me to use the foreign nature of the whole thing, literally, to better see a way to operate. It gives a different framework  to think about larger issues and bring those back to this local context.

It’s an opportunity?
For me, the number-one thing in my work is maintaining this weird netherworld. A totally pink house is completely crazy. It’s not logical. But you can touch it. It’s not a Photoshop rendering. It is there. It exists and it has to be confronted. It has messy parts and people walk past it and interact with it. It brings to the fore all these strange ways we can’t compartmentalize and categorize things, and that would never happen if I made [something virtual].

How can I continue to mine those things that are decidedly refusing to be practical, but have to be real? That’s a very narrow realm to operate in, but it’s critical.

Because of what you described—that [architecture] creates the situation and [art] comments on the situation—you have to be versed in both. I’ve been operating with this “I don’t care what you think” attitude and now everyone cares what I think! It’s a strange moment. Just because I’ve had this success doesn’t mean that now I have to try to pretend like I fall into an accepted practice of design. If that happens, I’m not leveraging the best me, I’m just an artist or just an architect. Trying to identify opportunities to keep testing these boundaries is what I’m after.

[…] I’ve been asked to do a lot of direct-action things, but have been hesitating to commit to anything. I feel like I need a strategy for this next step so I don’t get mired in the social activism and lose track of the art and architecture. It doesn’t mean that activism isn’t important, but it is a slippery slope to start advocating all the time instead of using my unique lens to focus on these issues. — design.newcity.com […]