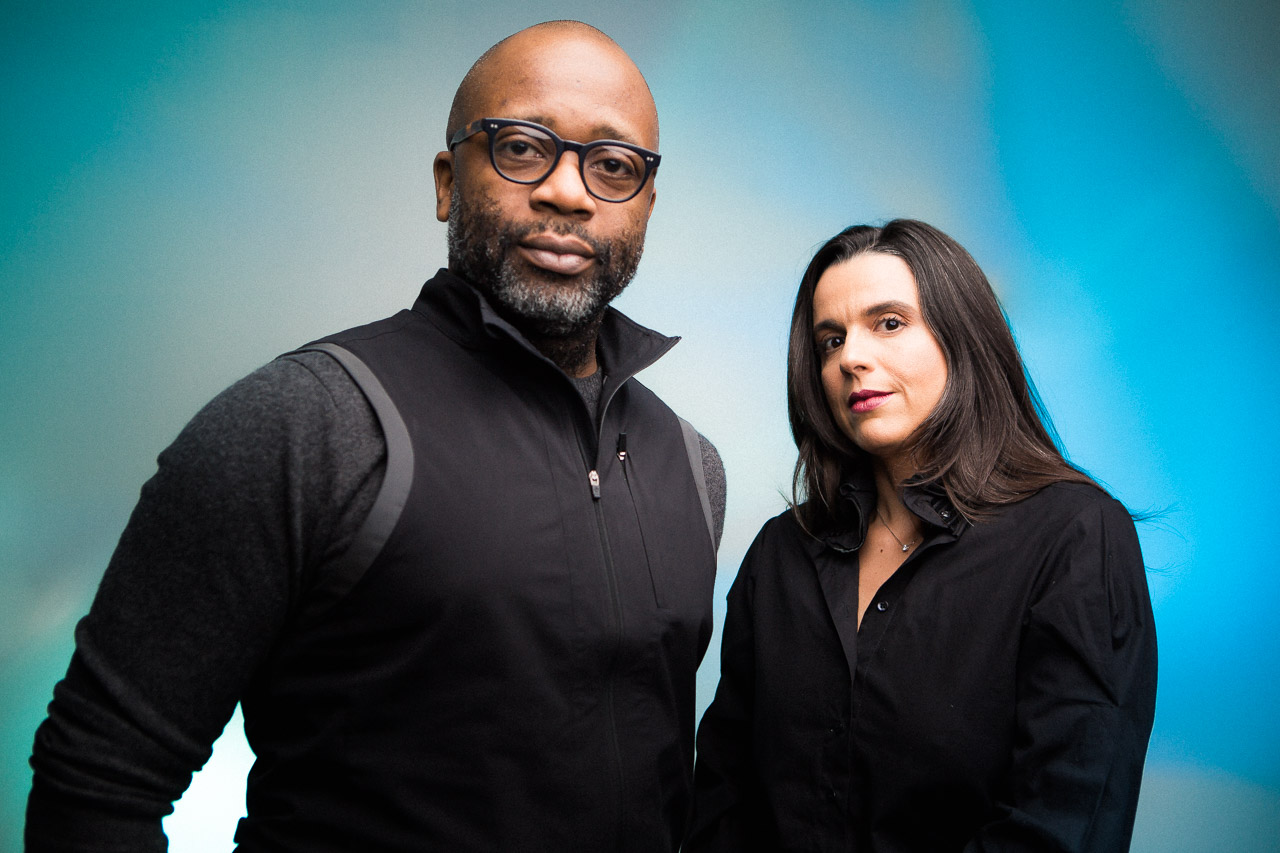 Chicago is a cold city. Its capacity for grand innovations can seem as limitless as the lake which extends its westbound wild prairies eastward, its never-ending striving a result of millions upon millions of tiny providential paper cuts shorn from the mouths of Liebling and other august voices that still cast shadows, its own self-hatred resulting in a tendency to rip itself apart every generation. Within that dissonance though rings renewal. Chicago, away from the self-aware luster that grips some other places, dances with its bruises in trying to find a better way. In trying to envision new forms and thoughts whose reach extends well beyond the object or plan itself, Chicago designs its way out. These are the people that do it. (Ben Schulman)

1
Jeanne Gang
Owner/architect, Studio Gang
At the rate she’s going, it’s not speculative to assume that Jeanne Gang will earn her mark among Daniel Burnham, Louis Sullivan and Mies van der Rohe as architectural luminaries who have defined their moments in time. Her now-iconic designs for Aqua Tower or the Nature Boardwalk at Lincoln Park Zoo or the WMS Boathouse have already left an indelible imprint on the city. Yet it’s Gang’s deeper engagement with the city as system that can be made more just through design that has the potential to leave behind the biggest impact for Chicago—and beyond. From her speculative work in Reverse Effect, which posits the re-reversal of the Chicago River as an economic and environmental catalyst for redeveloping fallow land, to Polis Station, which reimagines the design and intent behind the contemporary police station, Gang is actively redefining how cities are designed to function, in the process solidifying Chicago as a byword for architectural intrigue and excellence. 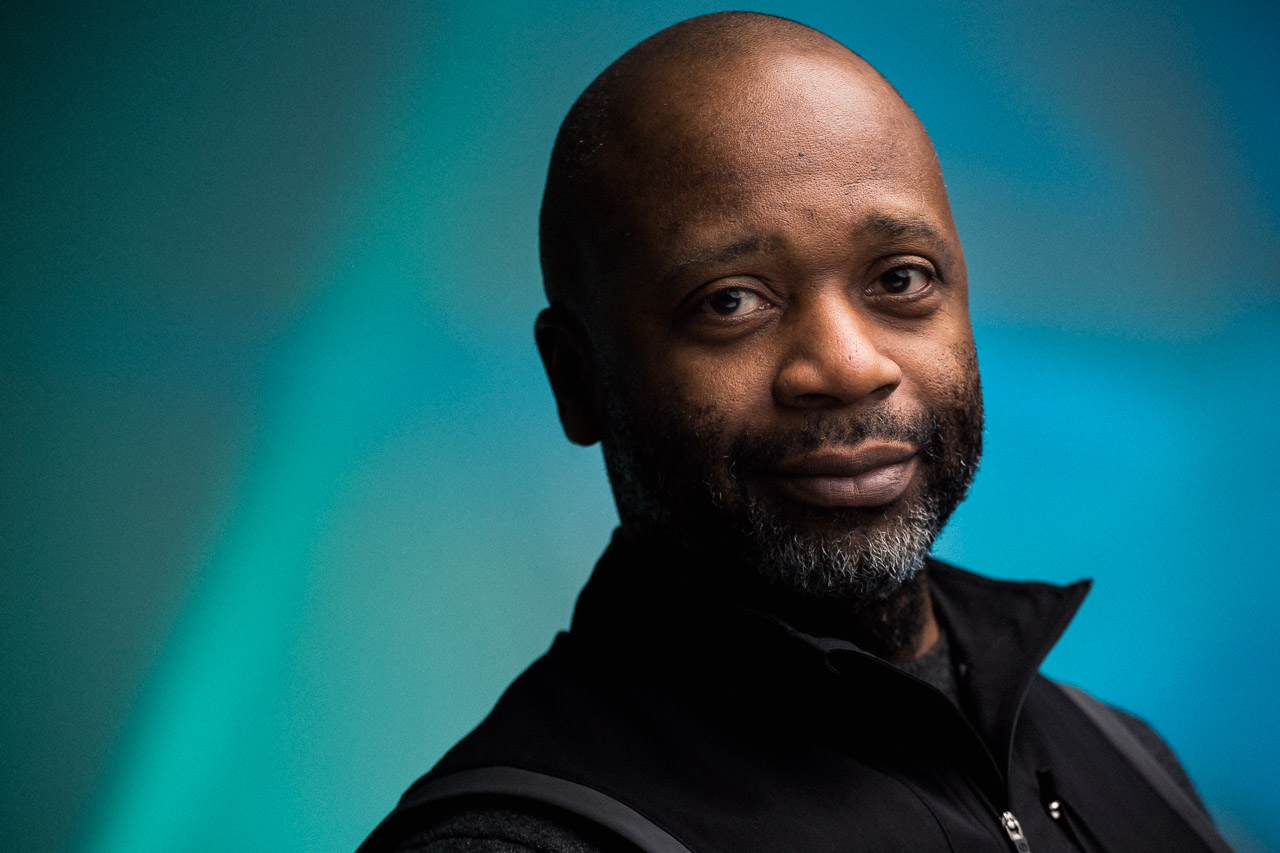 2
Theaster Gates
Architect/artist, Rebuild Foundation
He’s everywhere. Gates, who lives at the intersection of architecture, urbanism, design, high-concept art and economic development, is using placemaking as a tool to catalyze rebirth on the South Side. “Working with Theaster is a constantly exciting struggle to keep pace with his ideas and ambitions,” says Chris Salmon, general manager and creative programming manager of Bing bookstore. Taking inspiration from place-based art projects like Rick Lowe’s Project Row Houses in Houston, Gates has been able to transform urban liabilities into neighborhood assets. From his early work such as Dorchester Projects and the Black Cinema House, to the ever-expanding Arts Block in Washington Park (including the new fine-art bookstore, Bing) to collaborations with Landon Bone Baker Architects on repurposing Chicago Housing Authority facilities and finally to his realized vision of the Stony Island Arts Bank as a repository for black—and all—culture, Gates is revitalizing the South Side, forcing the city to reexamine its own overlooked worth. 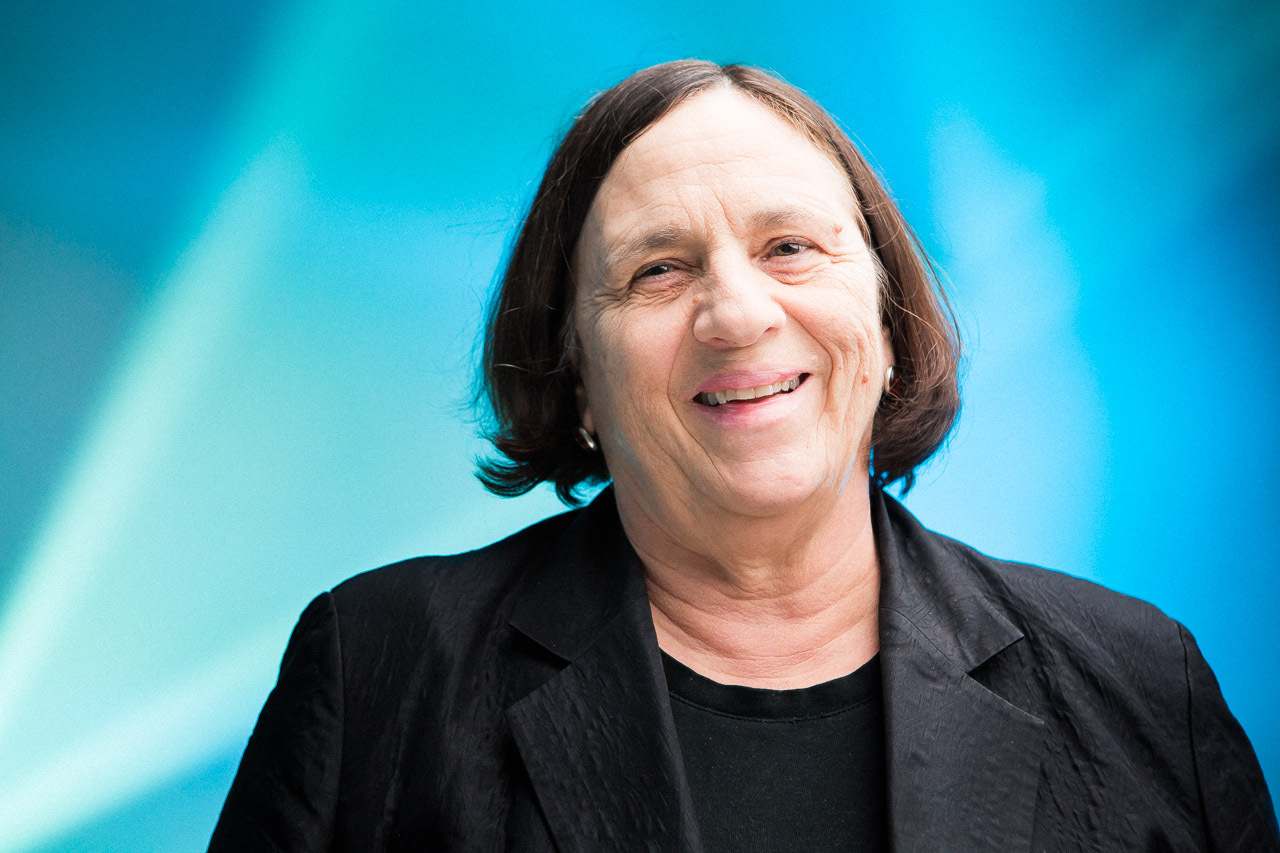 3
Carol Ross Barney
Principal/founder/architect, Ross Barney Architects
Has any contemporary architect improved Chicago for its citizens like Carol Ross Barney? From the Chicago Riverwalk to the 606 to her work designing CTA stations, she is committed to weaving together the “in-between spaces” of our city and elevating the public sphere. For fifteen years she advocated for access to the river. As the lead architect of the Riverwalk, she gave us blocks of needed public space—and new opportunities for development—on the city’s second waterfront. Her plans for The 606 connected communities and created networks. The two new CTA stations she designed at Morgan Street and McCormick Place are beacons that celebrate mass transit and welcome riders. She is insatiable and loves this city in ways she can’t even describe. Ross Barney is Chicago’s architect and generations will celebrate her for it.

4
Nick Cave
Professor/chairman of the fashion department, The School of the Art Institute of Chicago
Watching a performance by Nick Cave and his “Soundsuits” is witnessing moments of pure unbridled joy. Last year. Detroit was the lucky town to host his vibrant creatures; in a series entitled “Nick Cave Here Hear,” promoted by the Cranbrook Museum of Art, he paraded his wearable totems through the summer. In 2016, Cave will be taking his Soundsuit army to Shreveport, Louisiana, where he will be working with five social service agencies “to empower their residents and celebrate their unique voices.” Entitled “As Is,” the performances will also employ two music ensembles, a gospel choir and a digital floor with custom animations, among other attractions. If you can’t make it all the way to Louisiana, look for his affordable line of paper goods, clothing, accessories and fun items (such as the inflatable punching bag in the shape of a soundsuit) available at his online store (soundsuitshop.com) and soon-to-open brick-and-mortar on Milwaukee and Addison. 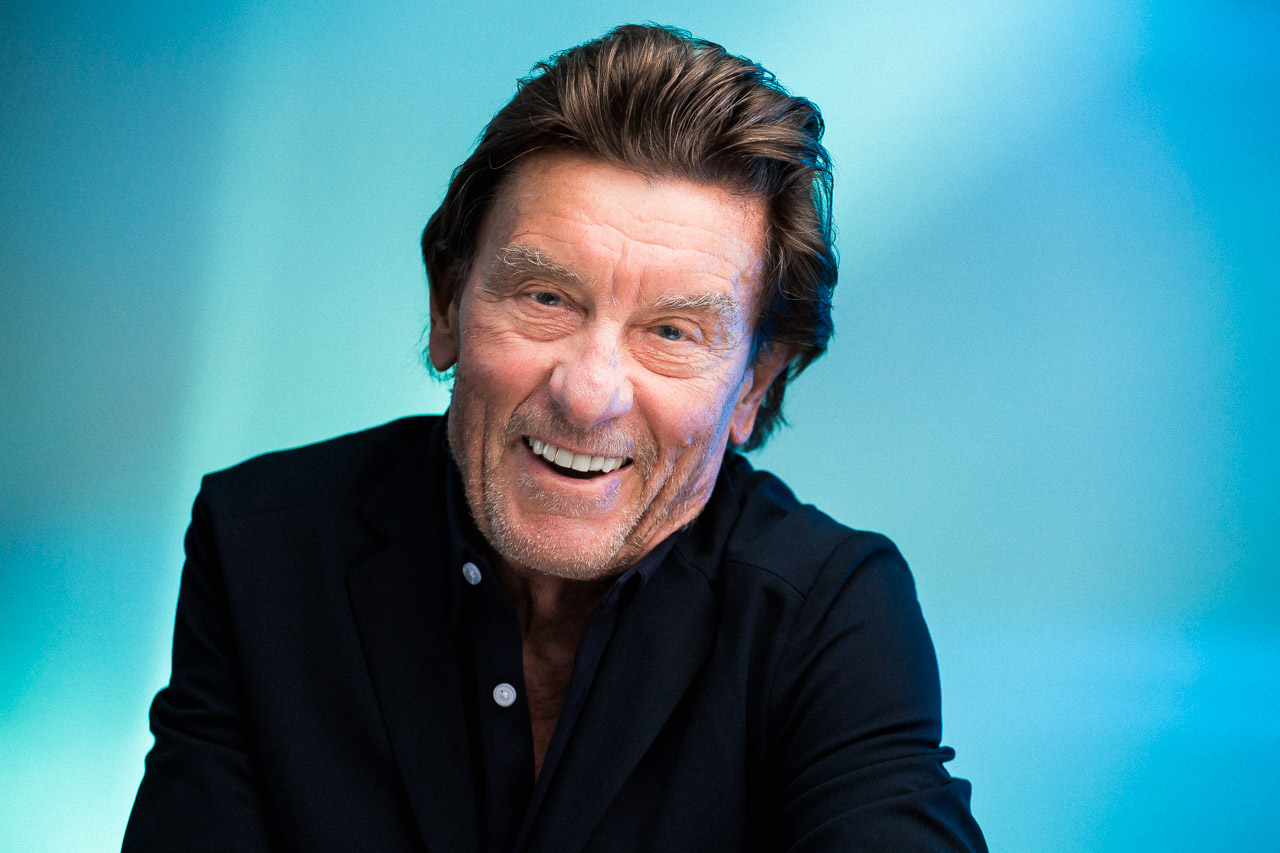 5
Helmut Jahn
Architect/principal, JAHN
Helmut Jahn remains relevant at seventy-six, having successfully transitioned his once very personal practice into a brand—JAHN. The most recent round of preservation-related interest in both his magnum opus/bete noire Thompson Center and his first project—the McCormick Place Lakefront Center—is mandating a reassessment of the architect’s whole portfolio. The lingering damage attached to the Thompson Center overshadows JAHN’s considerable success and influence in Europe and Asia. He blames local critics who “put us in exile in Chicago, but we’re on the world stage otherwise.” For now, he’s looking toward the future, which for JAHN includes a new tower on South Michigan. At 832 ret tall, he anticipates it will be “a very definite contribution to the market and to the street wall, distinguished from the multitude of apartment buildings in significance and character—a truly iconic building on the skyline.” 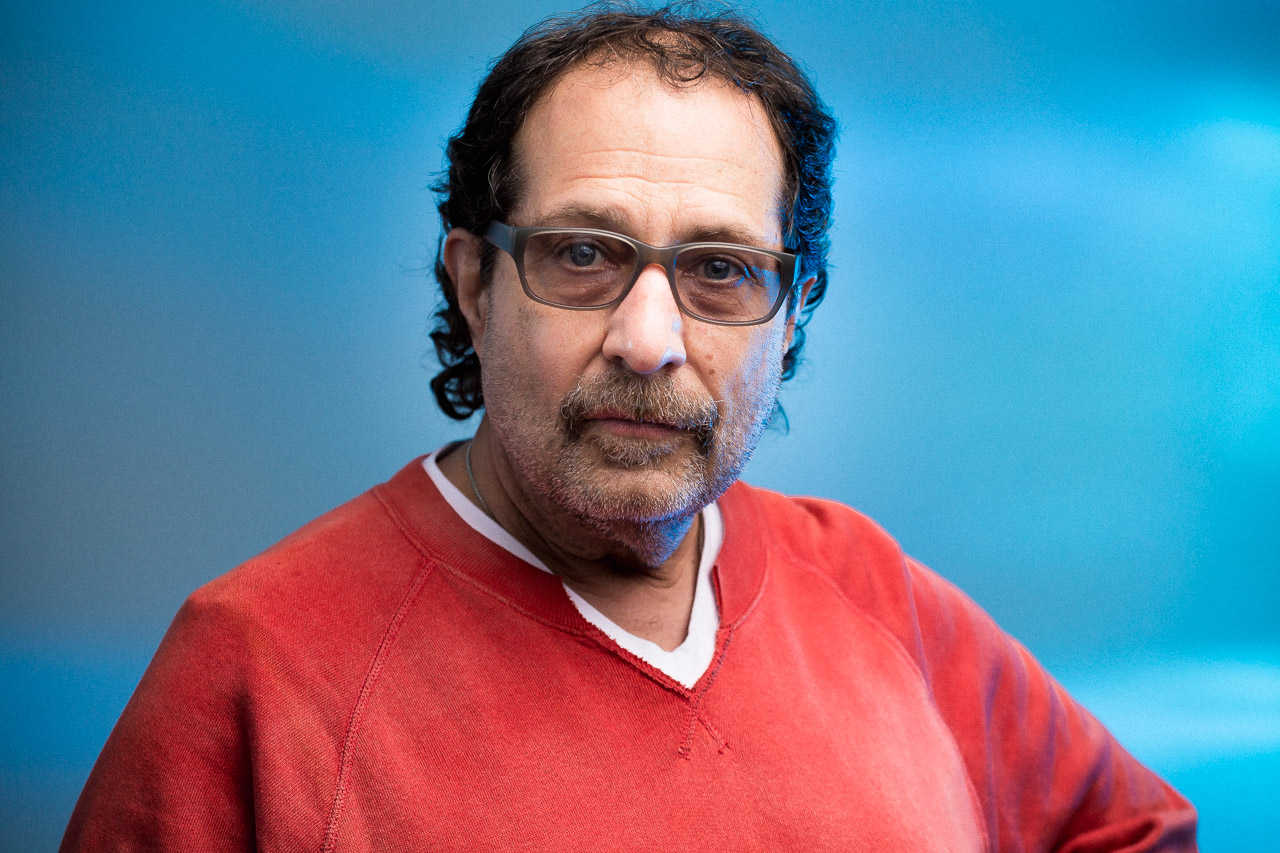 6
Rick Valicenti
Founder/design director, 3st/Thirst
Rick Valicenti’s work with words, websites, logos and brands displays a kind of anti-typographical influence, a desire to play with the static expectations and presence of words and letters. The founder and design director at 3st/Thirst, as well as Moving Design, Valicenti lectures extensively and has exhibited or had work in the collection of the MoMA, Art Institute and the Cooper-Hewitt National Design Museum. Now, Valicenti invests his efforts into future generations, serving as a mentor to design’s young leaders, and working on projects such as Deep Breath, a multidisciplinary design intervention and invocation to change the air quality in Beijing. 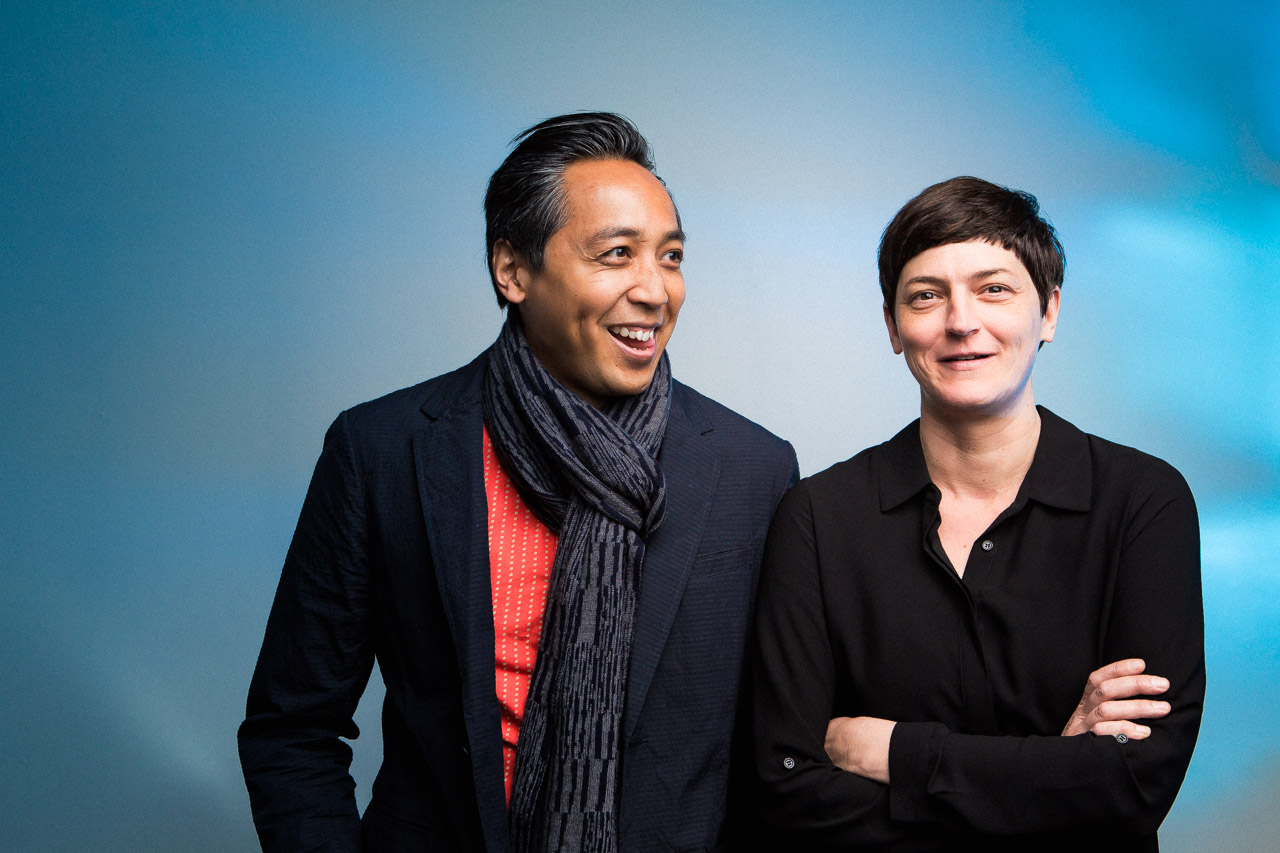 7
Petra Bachmaier and Sean Gallero
Artists, Luftwerk
In Luftwerk’s installations, architecture and the built environment are transmuted into a fluid, riveting reel of light, video and sound. The work of SAIC alums Petra Bachmaier and Sean Gallero, these projections interpret a static environment and re-envision it via an alternate, transient reality; the very name of the duo evokes the ephemeral. Luftwerk has received awards from the National Endowment for the Arts and the Illinois Arts Council, and has received commissions for their synesthetic work to grace the forms of Frank Lloyd Wright’s Robie House and Fallingwater, the Emirates Palace in Abu Dhabi, Mies van der Rohe’s Farnsworth House, Marina City, Cloud Gate, and have a current installation “solarise: a sea of all colors” at the Garfield Park Conservatory.

8
Scott Wilson
Founder/designer/CEO, MNML
MNML, the company Scott Wilson founded and directs, takes disruption as its mantra, acted upon across countless disciplines. Wilson’s work, from his time as global creative director at Nike, to his present work with cardiac technology, game systems, water treatment and start-ups, has an unflinching, unapologetic approach. A recent million-dollar take in the Kickstarter campaign for the Lunatik brand reveals just how Wilson’s projects agitate expectations. Wilson welcomes each functional challenge as an entrepreneur.

9
John Ronan
Founding principal/architect, John Ronan Architects
Although Michigan-born and Harvard-educated, John Ronan has become a true native son of Chicago, at least architecturally: he is one of the seven architects/firms [and the only one locally based] chosen to compete for the assignment to design the Obama Presidential Library. Even if he doesn’t win that plum commission, Ronan—who turned fifty last year—has already made his mark on the cityscape. His Gary Comer Youth Center and College Prep complexes and the Poetry Foundation on Dearborn Street have brought him awards and accolades for dynamic, polished presentation. Two projects breaking ground this year, an office tower at Randolph and Franklin, and the Innovation Center building at IIT should burnish his reputation further. Ronan has managed to accomplish all of this with just a sixteen-person staff. “I like to stay close to the work,” he says, “and I choose my projects carefully.”

10
Alisa Wolfson
EVP head of design, Leo Burnett
Besides founding and directing Leo Burnett’s Department of Design, serving as EVP head of design, and  as co-president of AIGA Chicago, Alisa Wolfson has a passion for experimental and community-grown art and media. Wolfson’s love of “typography, color and negative space” best represents her personal style, and finds its cohesive expression in Lampo, Wolfson’s seventeen-year passion project that promotes “experimental music and intermedia.” Most recently, she is excited about working with Marwen art school, with whom her team developed technology to expose the imprint of Chicago’s underserved youth artists through digitally mapping site-specific murals.