11
Stanley Tigerman
Architect, Tigerman McCurry Architects
At eighty-five, Stanley Tigerman isn’t finished making his mark on the city. He comes to the offices of Tigerman McCurry every day. But perhaps more than his design work, he continues to play a vital role in the city’s cultural life as a public intellectual and architectural provocateur. He wants people to think about architecture. What Tigerman is thinking about right now: the tiny house movement—he’s entered the AIA Chicago Tiny Homes Competition (tinyhomeschicago.org/)—and says “I’m committed to building one, whether I win or not.” And while he’s left the formal academic world (in previous eras, he chaired UIC’s architecture department, and later founded the alternative design school Archeworks), he and his wife and business partner Margaret McCurry still hold monthly salon functions with “no other agenda but to encourage discussion.” He says, “I’ve reconstituted myself as a kind of Gertrude Stein figure.” 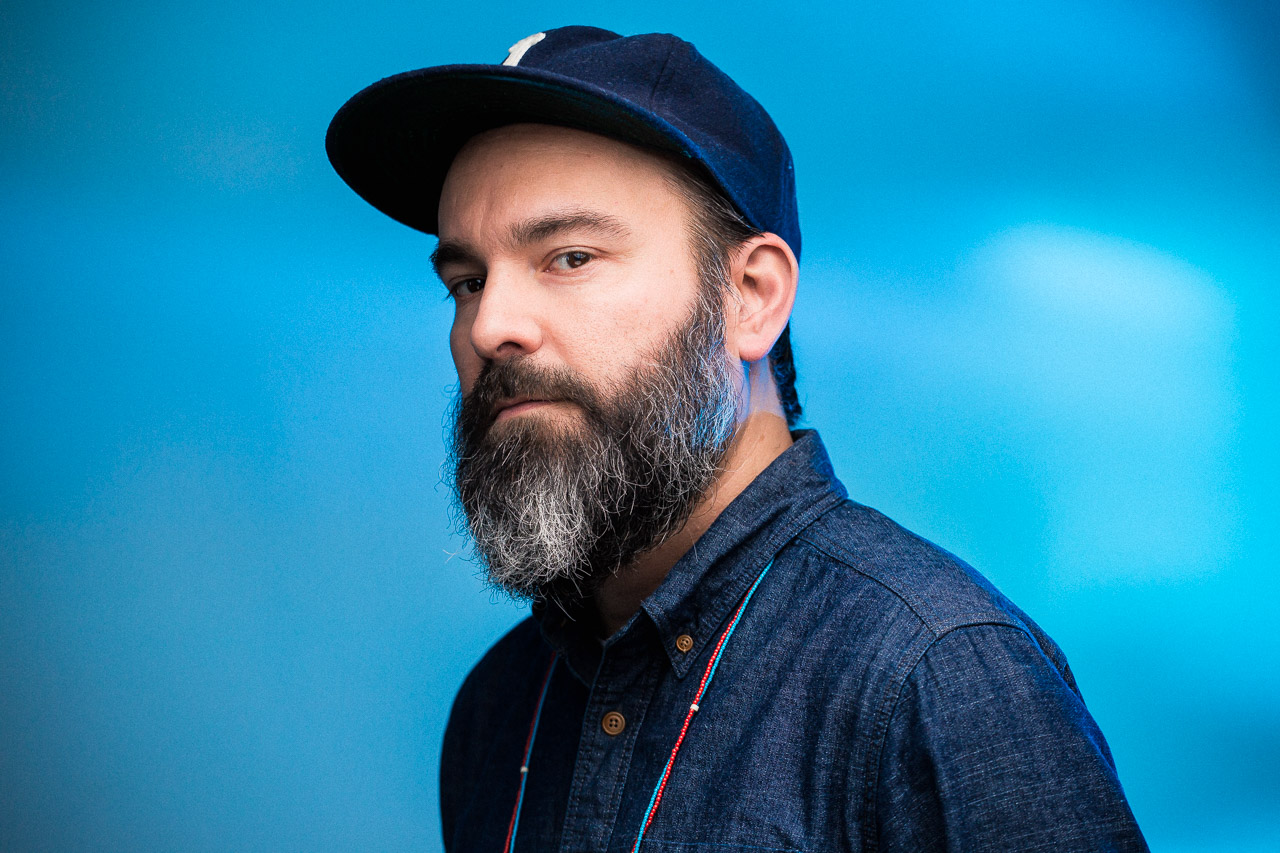 12
Cody Hudson
Designer/founder, Struggle, Inc.
Since his early days starting out as a designer and visual artist—coming off a stint working at a Piggly Wiggly and trying to fathom how to generate the “bank-robbery” money it’d take to pay for his education—Hudson has proven time and again clever and resourceful enough to beat the odds. These days, he’s on the verge of opening solo shows in Berlin, working with the Berlin-based art publisher, Draw A Line, to release new screen-print editions, is gearing up for a design collaboration with the Huckberry brand, and is wading into plans on a new restaurant project in Logan Square in collaboration with Land and Sea Dept. 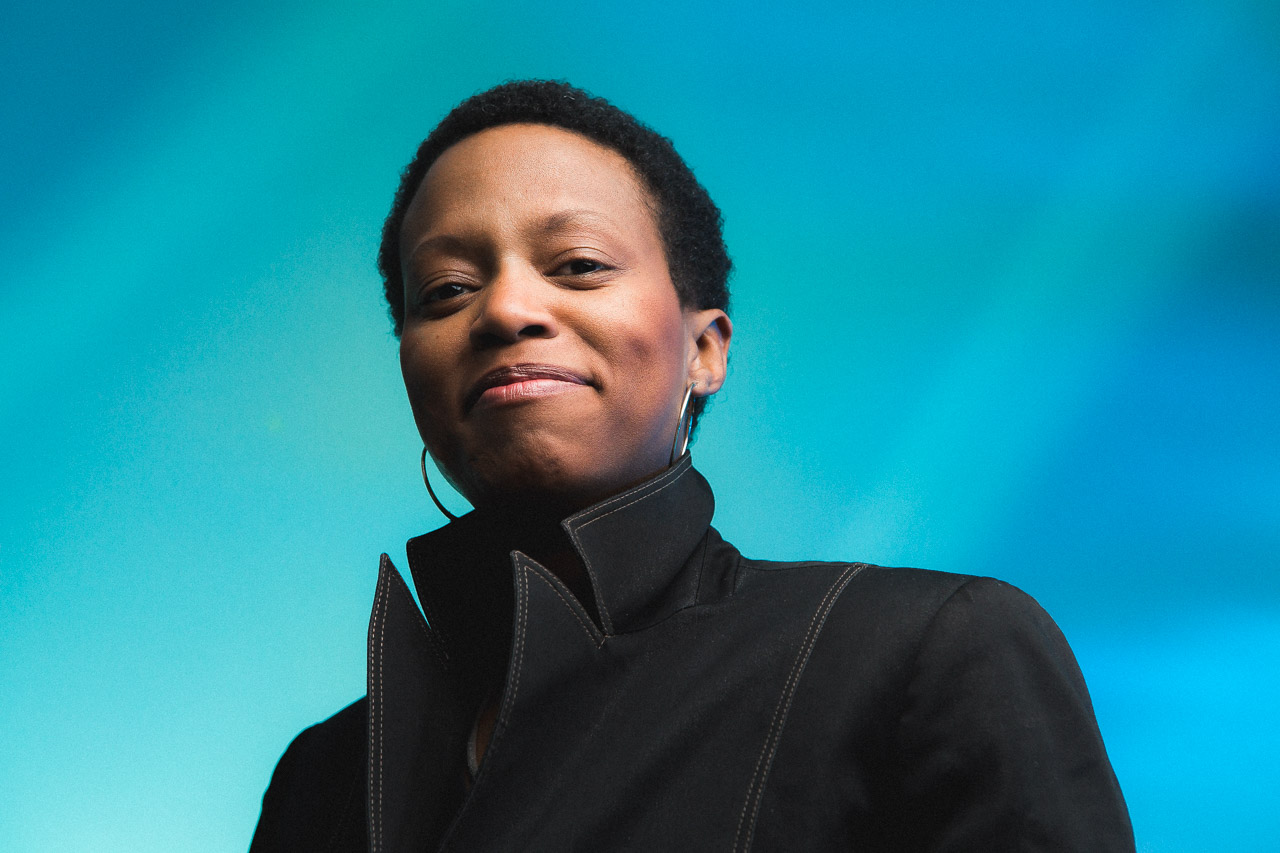 13
Amanda Williams
Architect/artist/activist, Amanda Williams Studio
Every conceivable superlative in the English language has been used to describe Amanda Williams over the past year. Suffice it to say that for all the press coverage, media events, speaking engagements, and cultural receptions foisted on her, she remains remarkably down to earth and more engaged than ever in the types of discursive community-driven projects she has become known for. In 2015, Williams showed Chicago her critical commentary on race, class and politics through the lens of urbanism and architecture, most poignantly through the “Color(ed) Theory” series of brightly painted foreclosed and/or vacant homes on the South Side. The years to come promise that Williams will sharpen and extend this commentary to action through her seemingly endless endeavors in art, public policy, design, architecture, and academia. There is scarcely a person in Chicago with as winning a personality or insightful intellect to slit the metaphorical throat of the patriarchal and oligarchical cabal that has for so long run Chicago government and planning.

14
Maria Pinto
Fashion designer
Fashion designer Maria Pinto didn’t just come up with a new line: she created a community. Launched in March 2014, her first M2057 capsule collection featured thirteen versatile pieces in solid colors and affordable prices—all funded by Kickstarter backers. Even though she resorted to crowdsourcing, Pinto was no rookie at the time: some of her previous accomplishments included a two-page cover feature in the Wall Street Journal and high-profile clients such as Michelle Obama and Oprah Winfrey. In this new phase, the winner of The School of the Art Institute of Chicago’s 2009 “Legend Of Fashion Award”  has reopened a brick-and-mortar space—her West Loop Style Studio—and is planning pop-up shops in San Francisco, Dallas and Washington DC, as well as a second permanent shop in San Francisco at the end of the year. Chicago remains Pinto’s home base since it offers “a perfect balance—it is a great quality of life, surrounded by a thriving cultural community,” she says. The city is the right backdrop to create “beautiful, accessible designs that truly empower women,” mostly inspired by art and architecture. 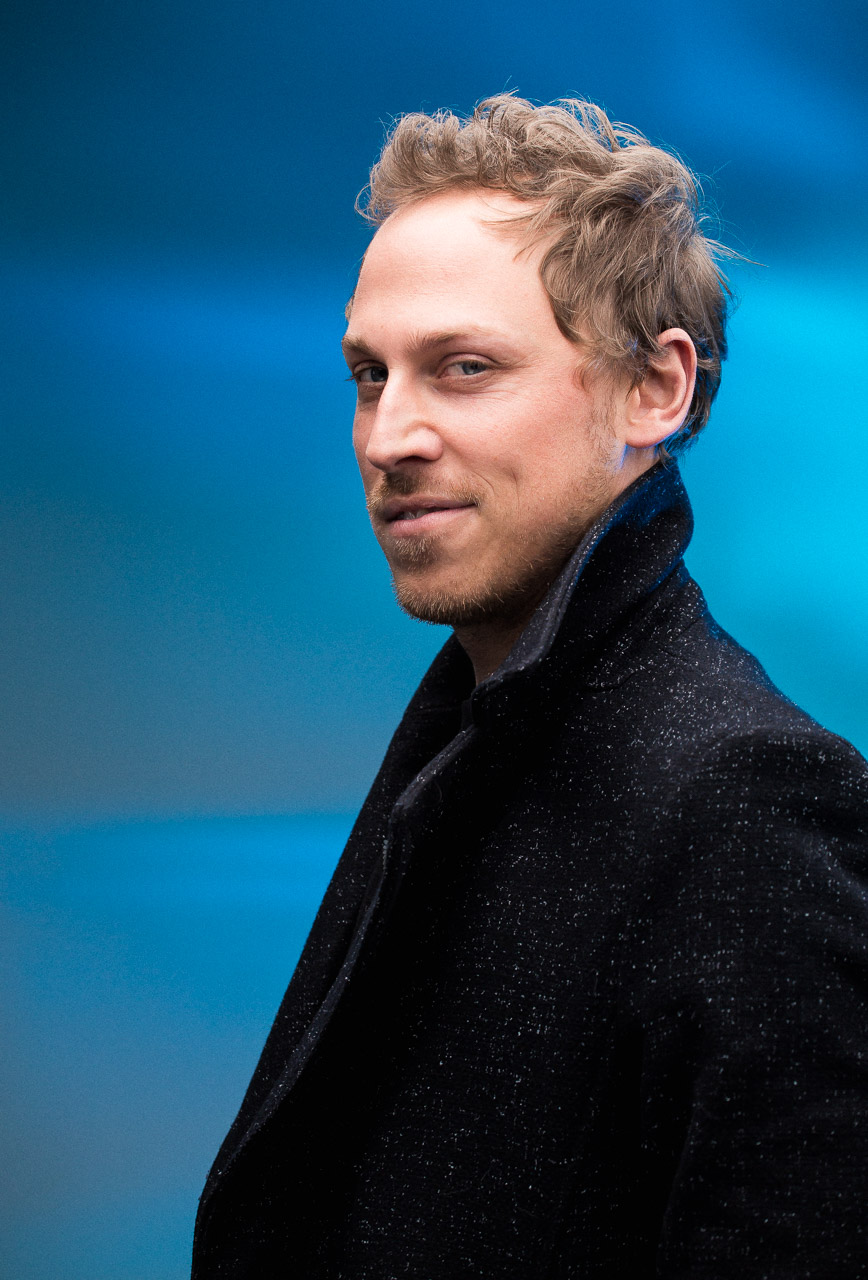 15
D. Graham Kostic
Creative and editorial director, Glossed & Found
His name actually starts with a “D”: D. Graham Kostic. “D” as in “dashing,” as stated in his bio at Glossed & Found, the luxe lifestyle online video magazine he’s edited and hosted for almost eight years. Or as in “destinations,” since he always has the travel bug and loves taking G&F to different locations “and learning about what makes a community tick.” Expect the unexpected; Graham says the secret to G&F’s perennial success is to stay away from the beaten path: “We’re not interested in trends unless it tells a larger, more dynamic story. We opened 2016 with a road trip from Albuquerque to Santa Fe: a very inspiring look at the artisans who are inspired by the land in that region. Moving forward, I want to continue to tell the stories of people doing cool stuff.” Speaking of cool stuff, this year the former style editor for Modern Luxury magazines will double as a creative director for the Randolph Street Market.

16
Kara Mann
Designer/owner, Kara Mann
Originally from Evanston, now with offices here and in New York, she’s had considerable success in a reasonably short time period, positioning her work as edgy and dramatic but high style, with high-gloss finishes and bold elements. And just last fall, she launched a new line of furniture for the Milling Road division of Baker furniture. 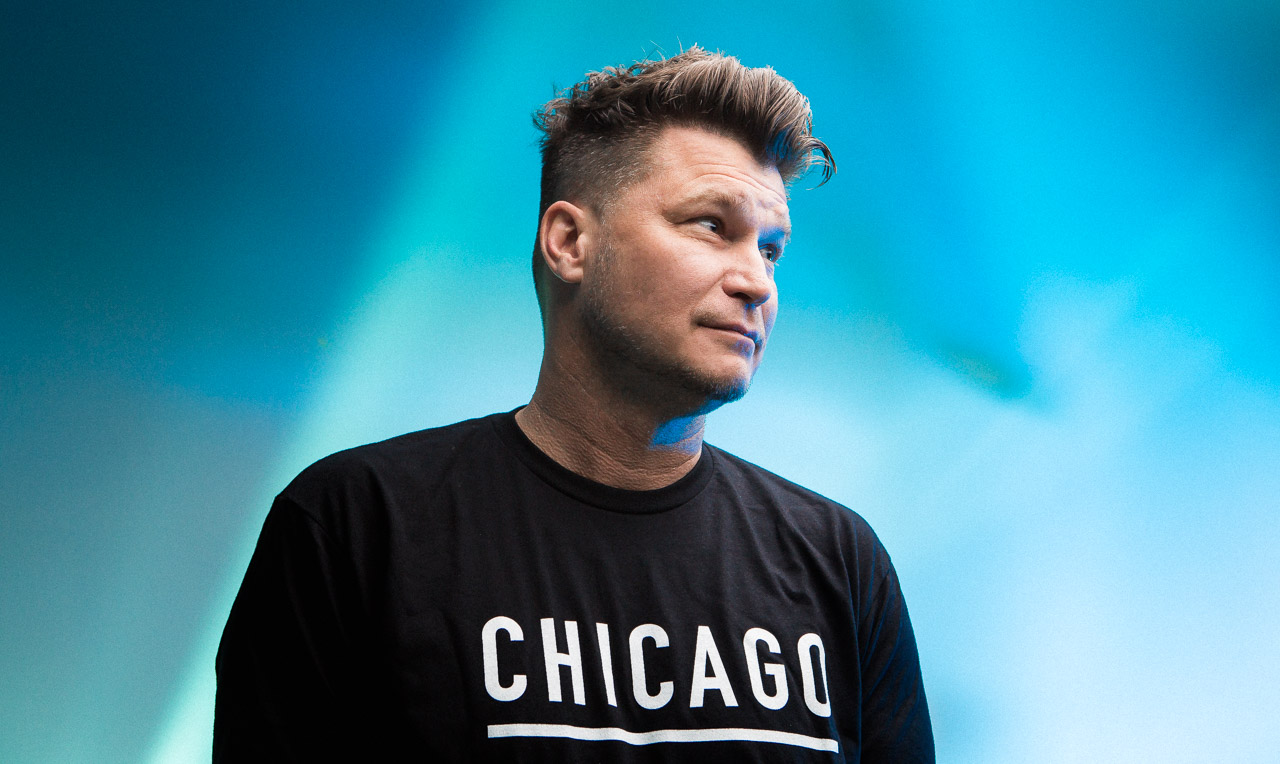 17
Jason Peterson
Instagrammer extraordinaire/president and creative chief, Havas Worldwide
Jason Peterson relocated to Chicago in 2010—from New York, where he led Jay-Z’s marketing firm, Translation—to take up the post of chief creative officer of Havas Worldwide. With a wide roster of clients including Soho House and numerous sports teams, including the Chicago Bulls, Blackhawks, White Sox and Fire, it’s not surprising that Peterson would build up a large following on Instagram. (@jasonmpeterson) “It was crazy this year, shooting for the Chicago Bulls, taking over their Instagram feed, and having them announce on the score board that Jason Peterson is here shooting and posting for us on social media day,” he enthused. What’s amazing though is that Peterson has amassed an eye-popping 716,000+ followers to his account that captures dramatic black-and-white cityscapes that verge on the unreal. Add to that his collaboration with Chicago artists including Matthew Hoffman of You Are Beautiful fame and it’s clear Peterson is plugged in to all the right places. 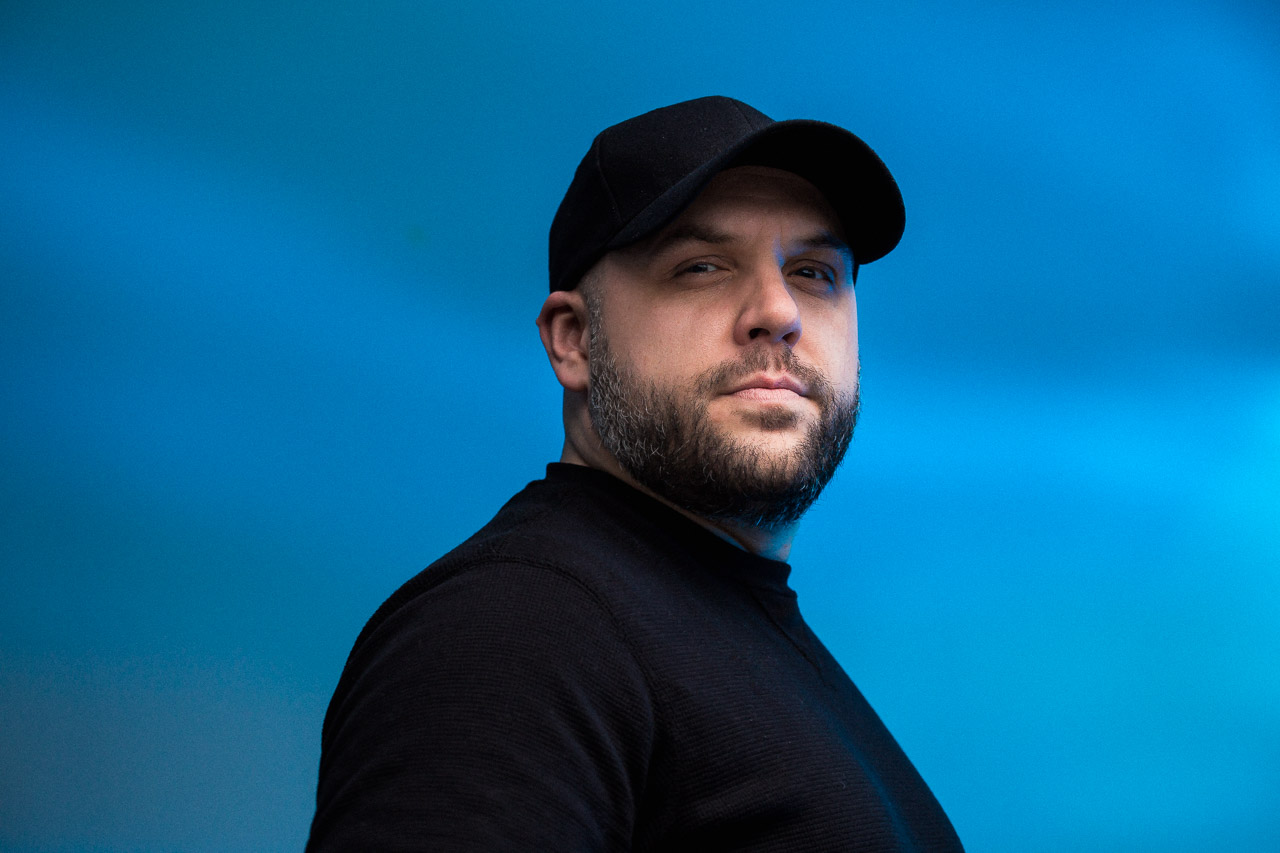 18
Jonathan Nesci
Founder/designer, HALE
Jonathan Nesci is more or less completely un-schooled in design. Yet because he feels his on-the-job training in furniture restoration and repair at Wright Auction was better than any formal education, he finds it uncomfortable describing himself as a “self-taught” designer. “I’m really interested in material, finish, process and a fabricator’s capabilities,” he wrote recently in an email. It’s not hard to see his work as design that doubles as fine art. While at Wright, Nesci met Claire Warner, who later founded the leading edge Chicago design gallery Volume, and mounted an exhibition of Nesci’s cerebrally minimal pieces at its inaugural show in 2010. Design impresario Morlen Sinoway, an early proponent, likens him to Donald Judd for his simple, mathematical aesthetic. “He’s like the un-designer,” says Sinoway. ‘ 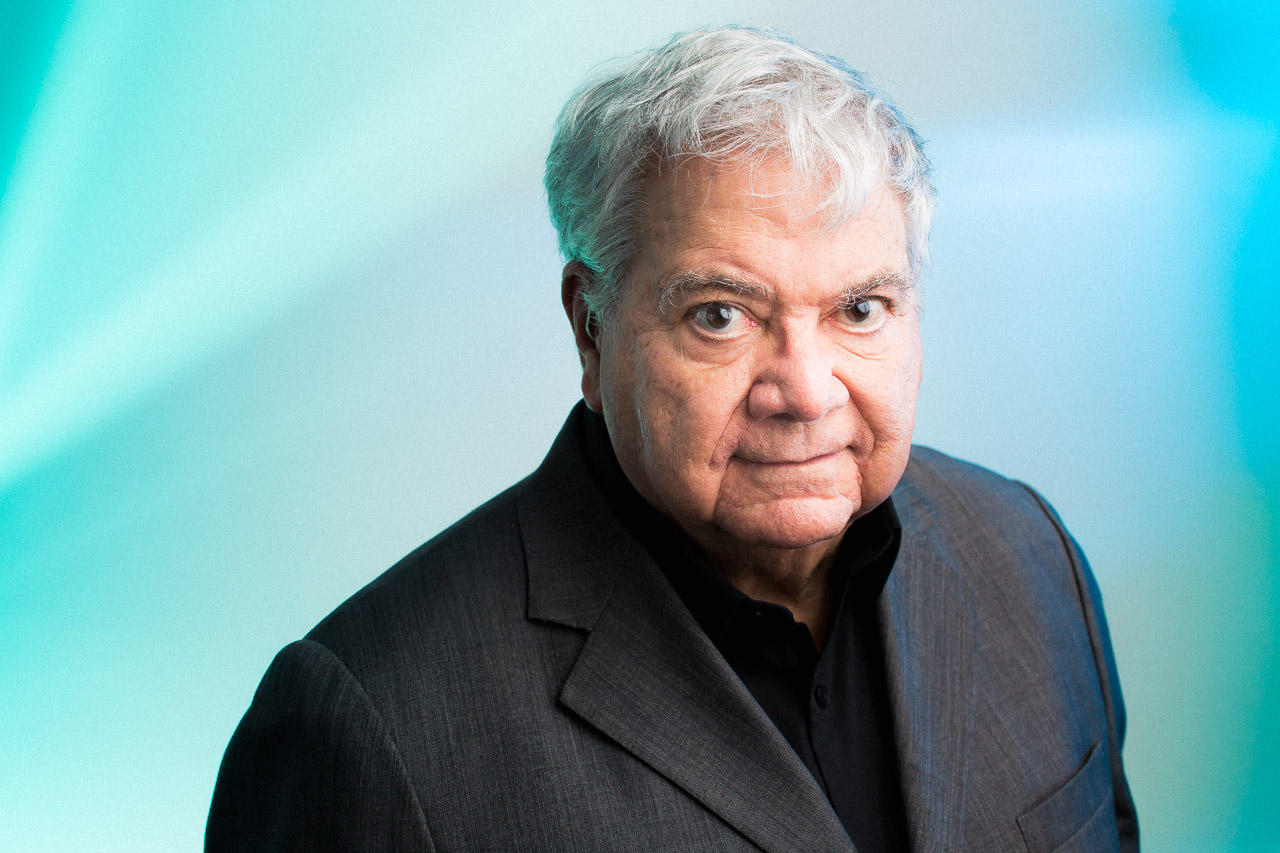 19
John Vinci
Architect/preservationist, Vinci|Hamp Architects
John Vinci, now seventy-eight, says that receiving the Lifetime Achievement Award from the AIA’s Chicago chapter in 2014 was “an embarrassment—I don’t like attention.” But he admits that it has its virtues. “My family loved it,” he says. “They hardly know what I do.” If they had been paying attention, they’d have realized how significant a role he’s played in the development of the historic preservation movement in Chicago. His connection to pioneering photographer and activist Richard Nickel led to a pivotal role in salvaging and reconstructing the Chicago Stock Exchange Trading room at the Art Institute. Since establishing his own practice in 1970, he’s completed some notable new construction projects, like the 1997 Arts Club and the 2005 National Italian-American Sports Hall of Fame, but has gained renown for an impressive portfolio of preservation projects, from private residences to high-profile jobs like the Illinois State Capitol and the Governor’s residence. Vinci has attracted attention most recently for his outspoken objection to locating the Obama library in Washington Park. “When you chop away a part of an Olmsted-designed park, it’s like chopping away the cornice of a neo-classical building,” he says. “You just shouldn’t do it.” 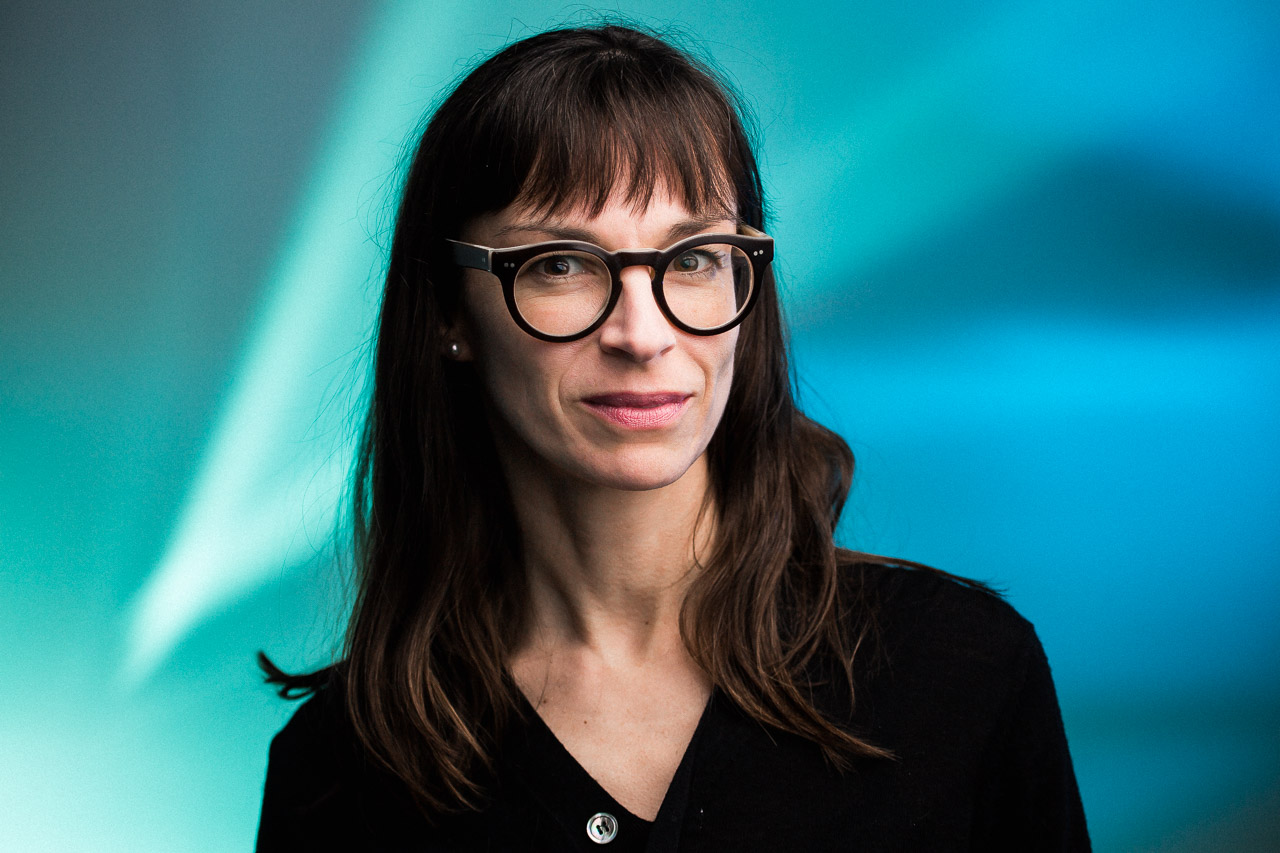 20
Felicia Ferrone
Director of graduate studies, UIC School of Design and Industrial Designer, Owner/Design director,  fferrone
Felicia Ferrone is UIC’s newly appointed director of graduate studies, and professor in Industrial Design, following her success with her international namesake brand, fferrone. Ferrone encapsulates her philosophy as both a design educator and creator in expressing that “an object is no longer just an object alone but part of a larger system of understanding and meaning.” It must be the architect in Ferrone (having worked with Milanese luminaries Antonio Citterio and Piero Lissoni) that informs these viable compositions: designs that are able to exist in accord—and indeed establish intimacy—with the environments in which they exist.