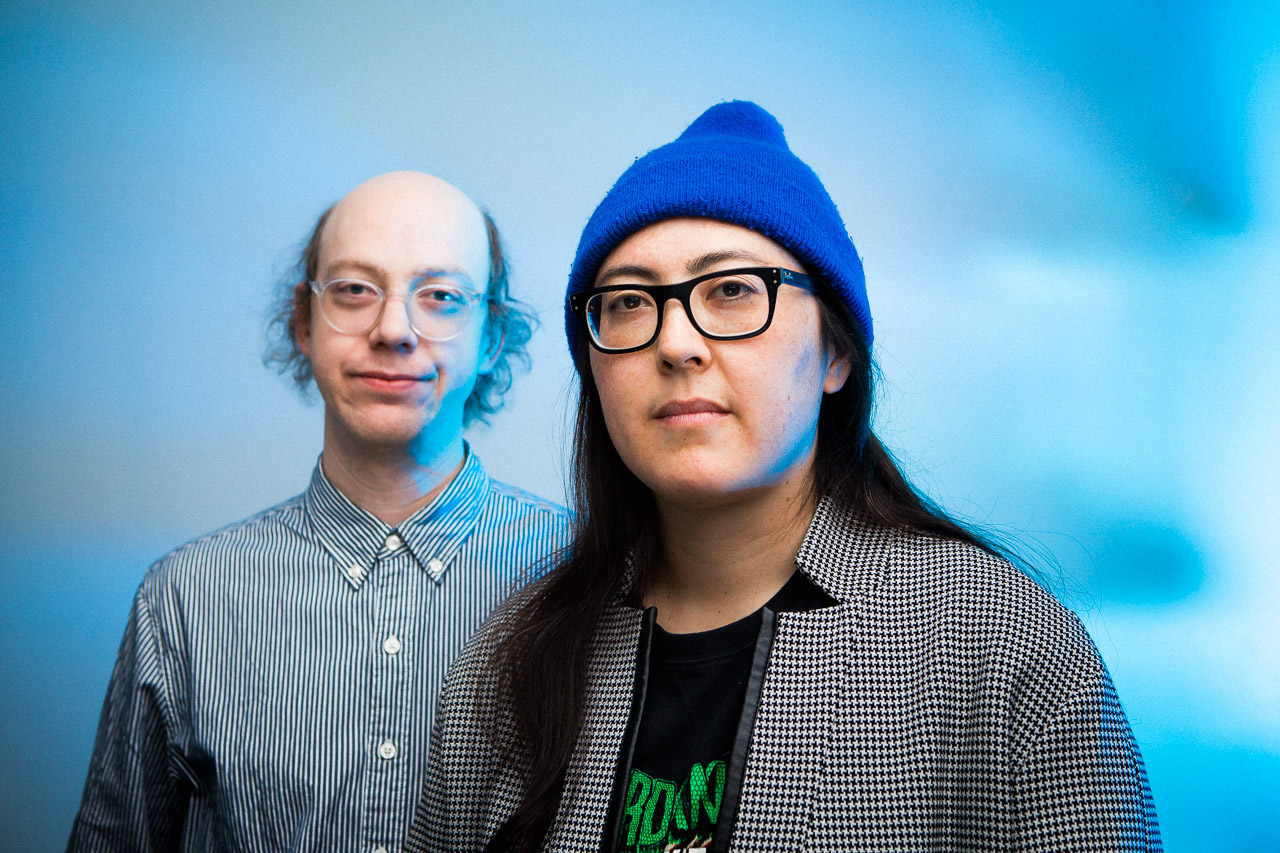 21
Nadine Nakanishi and Nick Butcher
Owners/designers, Sonnenzimmer
Nadine Nakanishi and Nick Butcher, the pair who run the eclectic design house Sonnenzimmer, have a practice that merges painting with industrial screen printing on everything from concert posters to public art. Their work employs a variety of textures to produce an almost ethereal 3D-quality to their two-dimensional designs. In the past year, they’ve been featured in the Chicago Tribune, collected by the Art Institute’s Zoe Ryan, and hailed by Chicago magazine as “the hottest thing to collect now.” And they don’t stop: this year will see the duo featured in a show at Logan Square’s Elastic Arts Foundation and leading a teaching residency at the Ox-Bow School of the Arts. 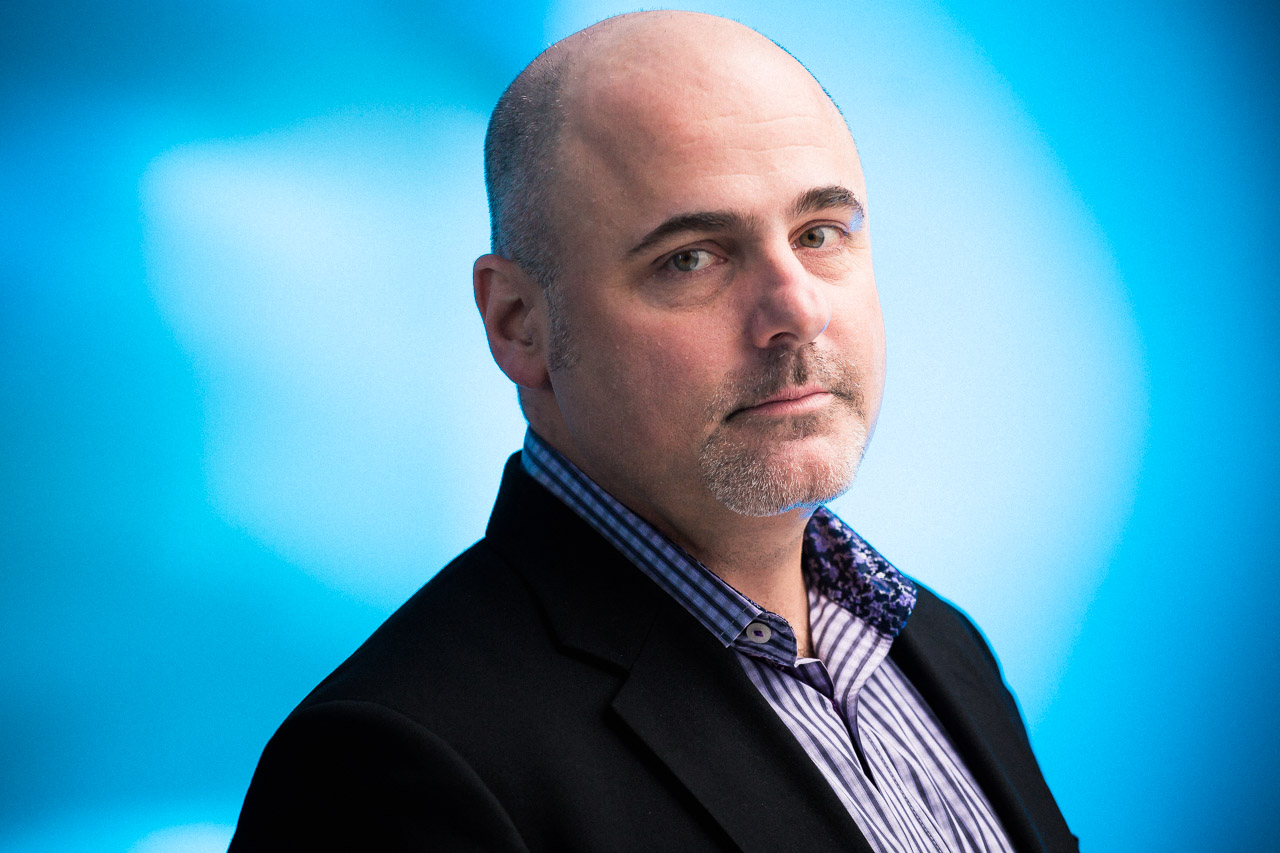 22
John Tolva
President, PositivEnergy Practice
Some designers on this list design furniture, some the buildings the furniture goes inside of, and still others the blocks and developments we put those buildings in. John Tolva goes one better with his latest endeavor, designing the algorithms and systems behind the tools of urban planning. The one-time “data czar” for the City of Chicago has moved on to the private sector where he has been applying his data wizardry and impressive computer science chops in the development of urban planning and visualization technology. As Marshall McLuhan said, “We become what we behold. We shape our tools and then our tools shape us.” John Tolva is the man shaping the tools. 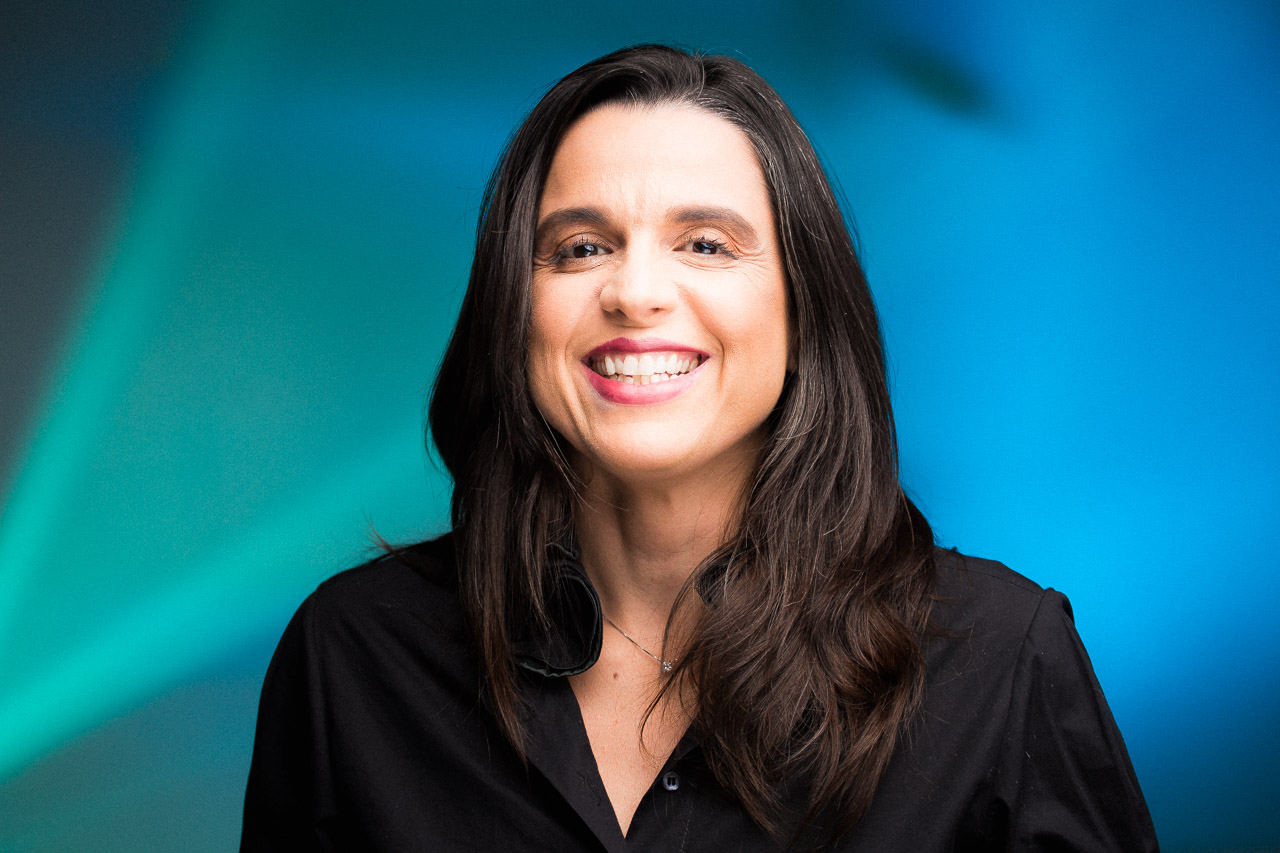 23
Renata Graw
Designer/owner, The Normal Studio
Renata Graw’s foundational work was realized at Plural—a studio whose work transgressed two-dimensional graphic design only to earn recognition from Print magazine, Creative Review, The Society of Typographic Arts and The Cooper-Hewitt Design Museum. Taking a firm stance against “service design” which acts only as a conduit to the product, Plural’s work instead enters the physical experience to engage and jolt you—like spikes of ambient noise. This experience, and her former partnership with Jeremiah Chiu, has given her a platform to strike out and continue to feed her sense of discovery with the new Normal Studio. “Normal has the same experimental DNA with a lot more experience,” explains Graw. “I will not make the same mistakes, just new ones.” Expect more of her research-intensive process, and bold, experimental design schemes from stark, optical-illusion iPhone apps to virtual motion-sensor paintings. 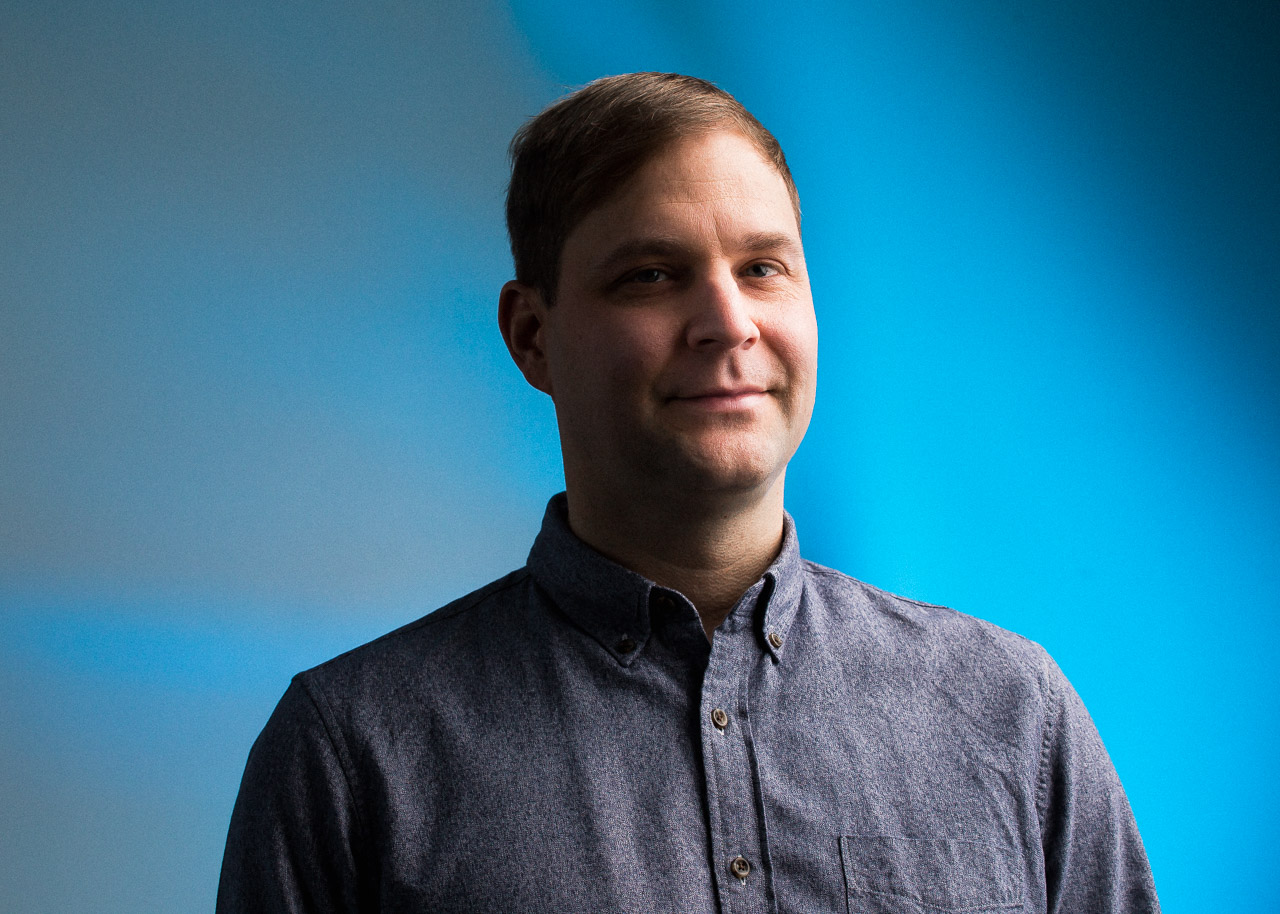 24
Thomas Leinberger
Designer
Thomas Leinberger’s work focuses on “collaborative, client-driven projects” of which perhaps, the “most intensive manifestation” is his recently completed design of the Bing bookstore with Theaster Gates and Hamza Walker. The art bookshop on the Arts Incubator block in Washington Park is, like most of his work, robed in a clean, latte-foam white. White pervades, cools and accentuates the simplicity of his installations: workstations, consoles and modular bookcases built of steel faced with lacquered wood. The genius of his work is the absence of ornamentation, intricacy or direct expression, including the gaps themselves that compose an object’s shape. Inspired by the “energy and capabilities of the manufacturing community” in Chicago, each of Leinberger’s projects serves as an altar to pure, calm functionality within their human environments. 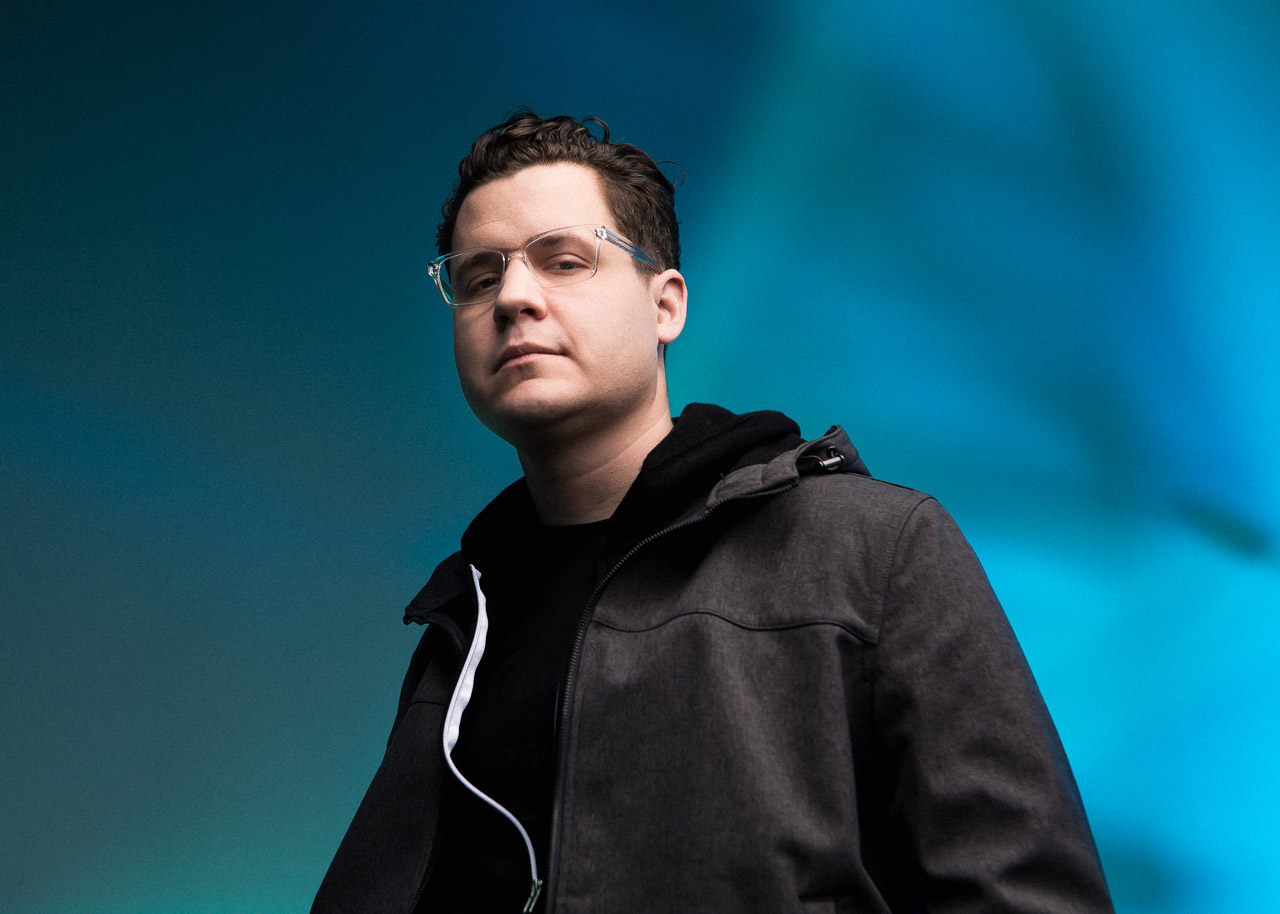 25
Matthew Hoffman
Artist/designer, Hey It’s Matthew
Artist and designer Matthew Hoffman is most proud of his resonant “You Are Beautiful” project. The project started small, with one-hundred stickers placed throughout Chicago and then caught on worldwide with more than 2.5 million stickers in over eighty languages. Now, the message appears on everything from plywood plaques to sneakers. In February, Logan Square’s Galerie F invited nearly 200 artists to redesign the iconic stickers. Other collaborations have been more site-specific. At the invitation of fellow artist JB Daniel, Hoffman installed large-scale words in Pullman’s Market Hall that dared residents to “go for it.” His works straddle the line between public art and placemaking, encouraging observers to reflect and react. It’s awesome. And it is beautiful.

26
Holly Hunt
Designer/CEO, Holly Hunt
Design professionals across the board insist that nothing has changed at  Holly Hunt’s eponymous luxury furnishings business since its 2014 acquisition by industry giant Knoll, Inc. Customers report the same level of quality and service they experienced when the company was still privately held. And while Hunt may have lost Christian Liaigre—her marquee line—no one’s surpassed the brand in perceived glamour and prestige. But no one’s pulled off a seismic shift in the category the way Hunt did in the nineties, when she redefined luxe minimalism, and rock stars, movie producers and financial moguls learned her name. 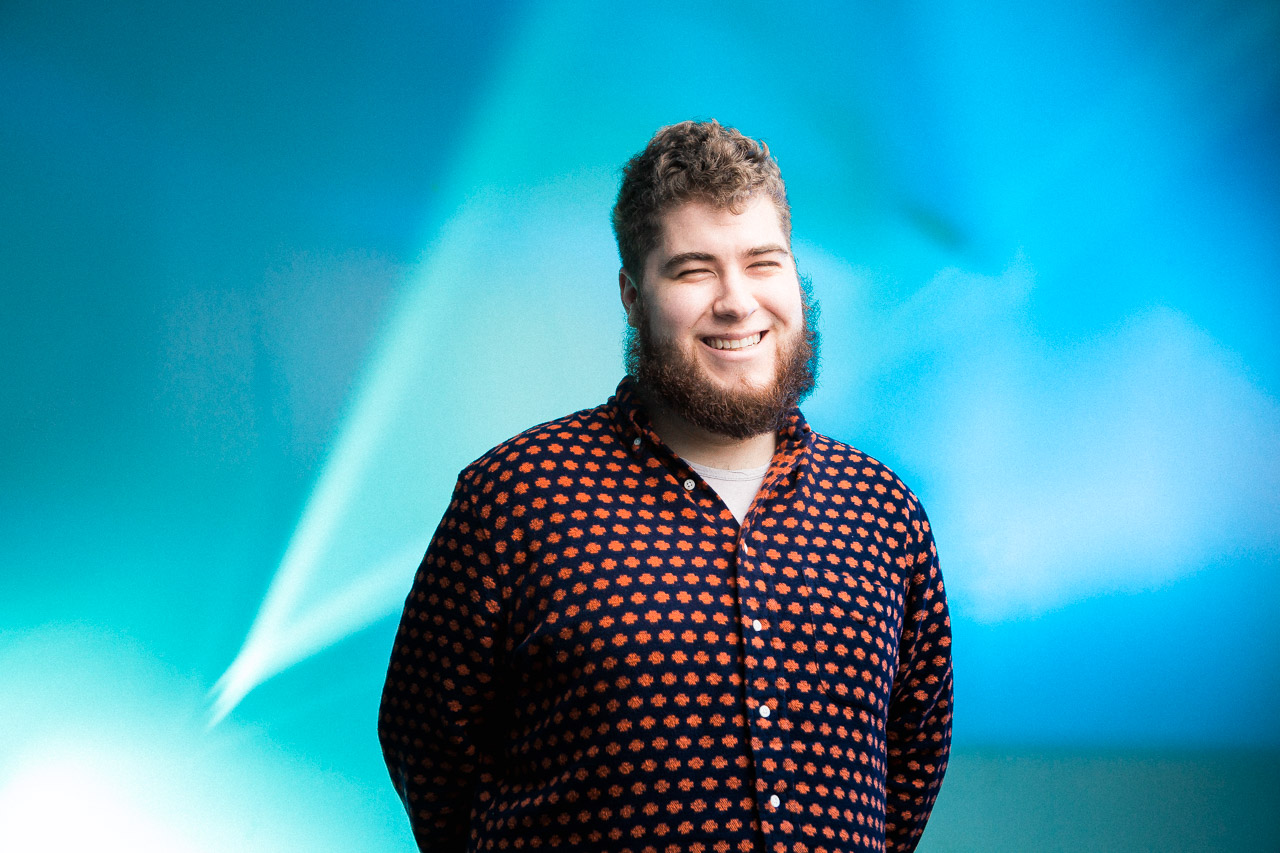 27
Tanner Bowman
Owner/designer, Tanner Bowman Design
Tanner Bowman’s “Hot Mess” vessels, premiered at Milan’s Salone del Mobile 2015, defy expectations of stable design. Each thermoplastic polymer-coated vessel (that is; hot glue) appears as if it is on the verge of melting into a puddle of cotton-candy pink. Bowman transforms domestic objects and the crafting processes he explored as a kid into outré creations on a grand scale: see, for instance “Primary Comfort,” a twenty-two-foot-long pillow of kitted, color-jointed wool. Bowman adheres to crafting processes that reveal the labor that goes into the finished object—he likes the term “meditative practice”—with each painstakingly layered extrusion adding a certain “value which machine-made products can never have.”

28
Gary Lee
President/designer, Gary Lee Partners
Gary Lee presides over one of the most important interior design firms in the country and this empire includes Atelier Gary Lee, a showroom and “rotating gallery” at the Merchandise Mart, and Chai Ming Studios, a private label furniture design firm. Started in 2011, Chai Ming saw an expanded presence in 2015 and is now represented in six locations on the continent. In everything he does, Lee demonstrates a commitment to craftsmanship that exudes modern luxury, earning him honors in the Interior Design Hall of Fame alongside global greats such as Shigeru Ban and Vladimir Kagan. 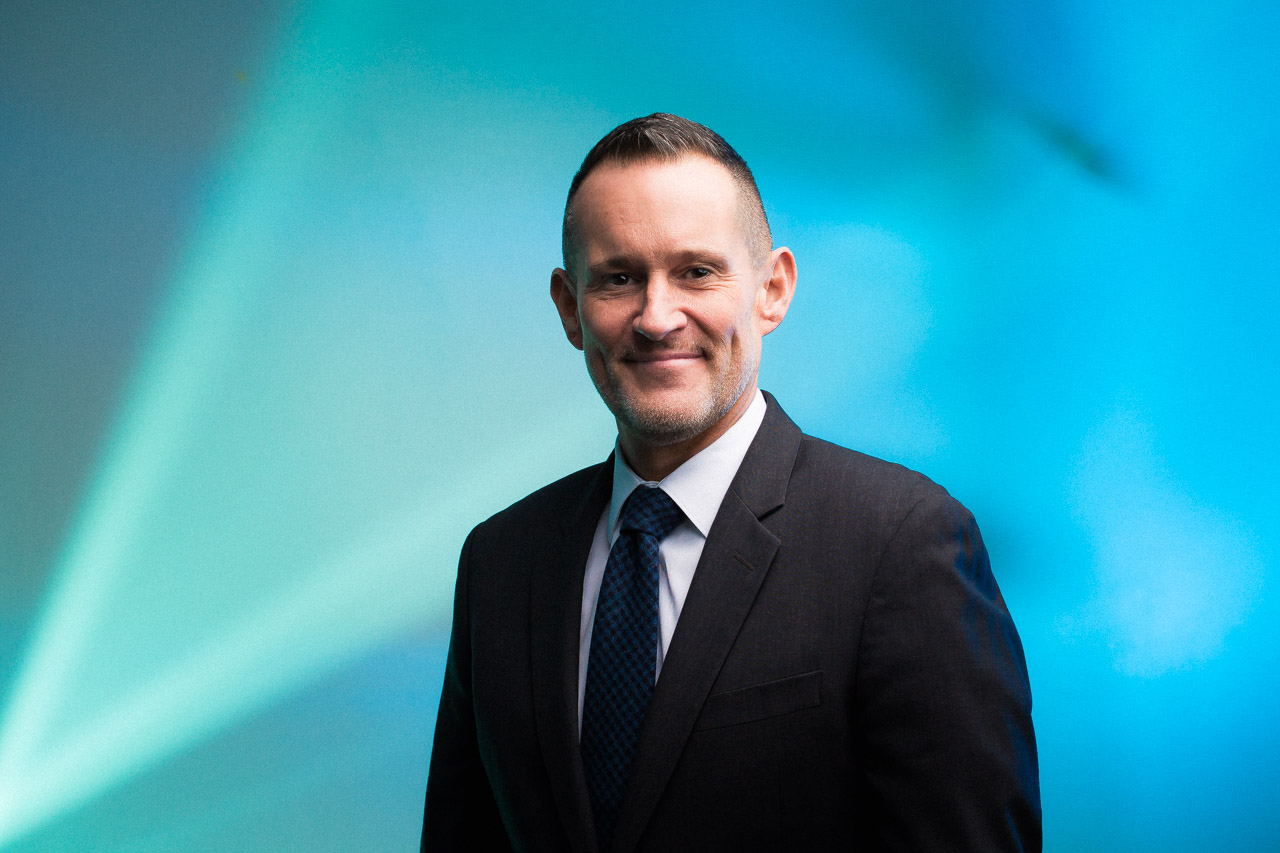 29
Richard Wilson
Architect/city planner, Adrian Smith + Gordon Gill Architecture
Richard Wilson’s very being is stitched together in urban fabric. As an architect and the lead of the City Design Practice at Adrian Smith + Gordon Gill Architecture, Wilson’s practice is “focused on large-scale urban district development and redevelopment.” Given the global stature of AS+GG, Wilson’s fingerprints have been felt in emergent and historic cities worldwide. Closer to home, he’s completed two recent New York City-based master-planning projects: one for the United Nations Headquarters and one for the area around the Barclays Center in Brooklyn. But it’s in Chicago where Wilson has had the most dramatic impact. He’s contributed to some of the city’s most ambitious urban planning and design projects of recent vintage, including the Chicago Central Area Action Plan, Chicago Riverwalk Plan, the Chicago Lakeside Development and he spearheaded a pro-bono effort to design a community development plan for Pullman in the wake of its recent National Monument designation. “All the cool work in the world doesn’t really mean that much if you’re not working to make your hometown better too,” Wilson says. 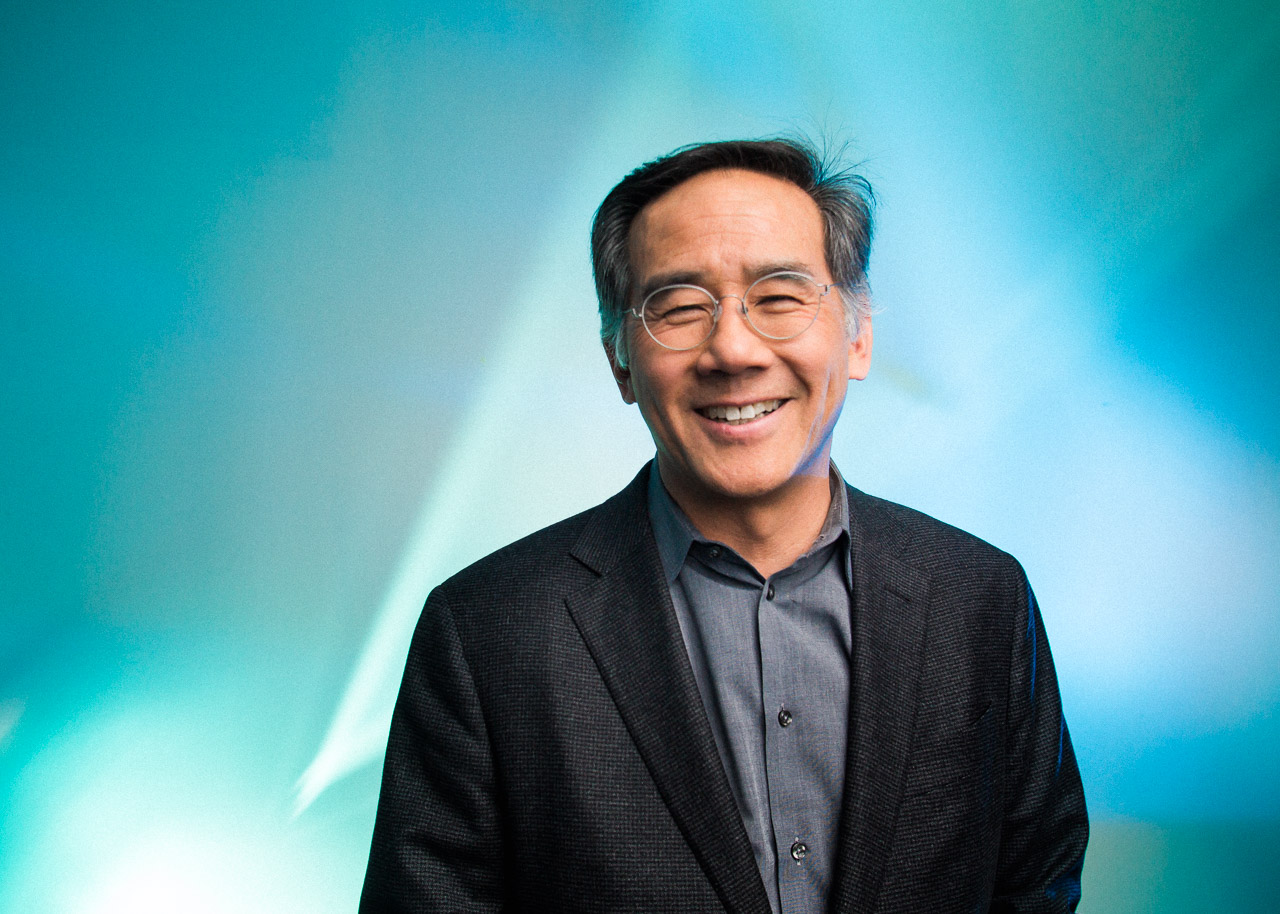 30
Brian Lee
Partner/architect, SOM
One cannot discuss architecture and design in Chicago without discussing Skidmore Owings and Merrill (SOM), the most storied and at times, infamous, firm in Chicago. Much of SOM Chicago’s current design success is owed to Brian Lee. A veteran of SOM San Francisco, Lee moved here in 2007 to take the reigns of an ailing office and has done much to return the historic Chicago practice to prominence. In addition to the requisite blockbuster Asian projects, Lee has brought his design sensibility to Chicago with the recently completed Chinatown Branch Library and the AMIE 3D-printed pavilion completed in conjunction with Oak Ridge National Laboratory. If he (and SOM) can manage to continue diverting their attention from Asian super-talls and Middle East vanity projects, Chicago will be all the richer for it.