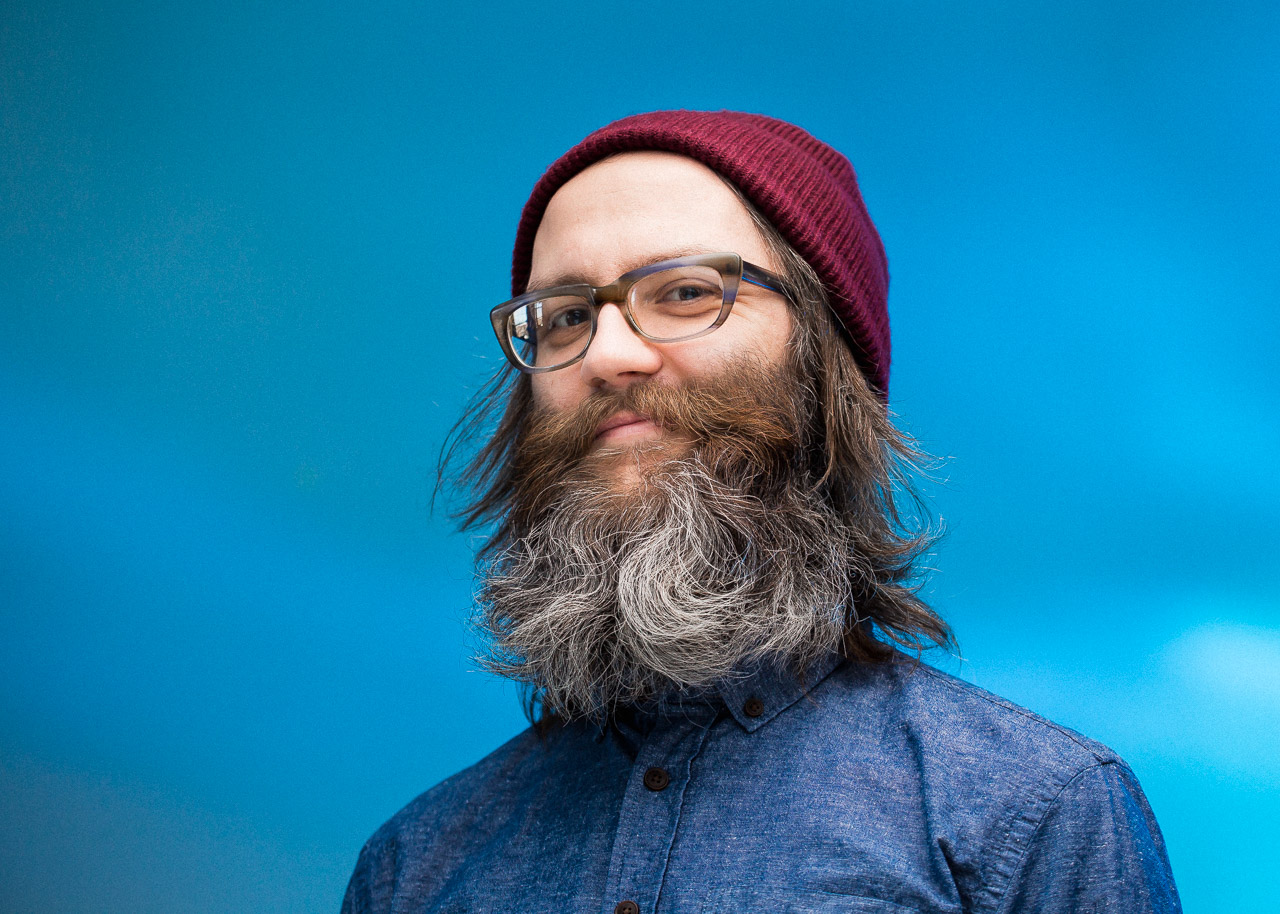 31
Michael Catano
Designer/fabricator/owner, Humble Frameworks
In Chicago’s handcrafted bicycle frame scene that’s developed over the last five years—now up to roughly a dozen or so makers—Michael Catano’s Humble Frameworks shop on the South Side has been out in front defining the practice. His high-end, TIG-welded steel frames, given a powder-coat of color, start at $1,350 and, as of this writing, had a wait time for new orders of three months. Catano is now planning to expand his design and production work into upcoming multimedia and radio production projects. “The problem solving, time management, and project management skills I’ve picked up over the past few years, as a one-person design/build shop, transfer into different environments and have really given me a nice perspective on how universal a lot of design skills can be.” 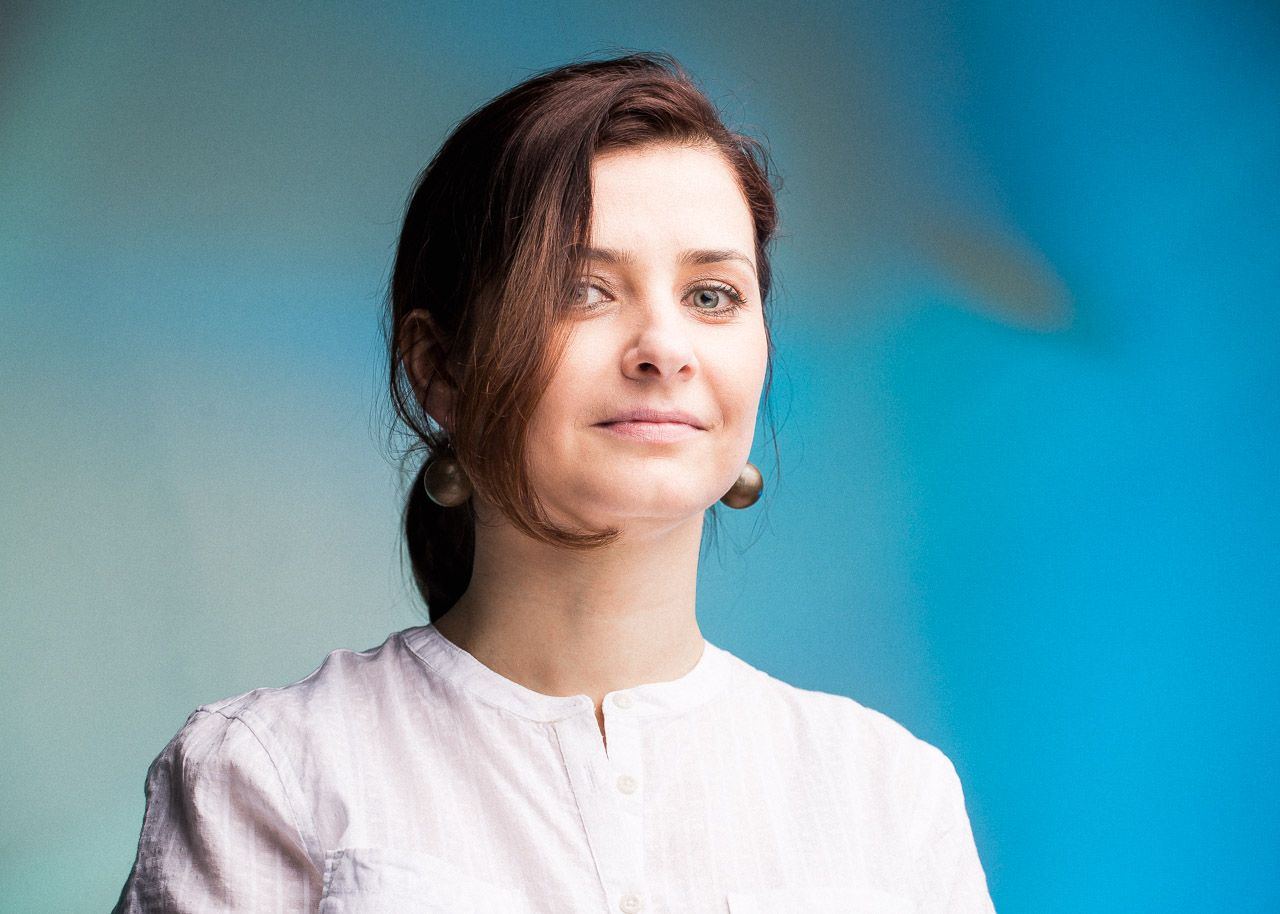 32
Ania Jaworska
Architect
“And in the end, the best designs were made to make one giggle.” When the critical essays on the work of architect and educator Ania Jaworska are written, that sentence could very well be the coda. Is Jaworksa—the Polish-bred, Cranbrook-educated, MCA-exhibited, assistant professor at UIC—the heir to Stanley Tigerman’s post as a humorous enfant terrible to the architectural powers that be? Her sleek modernist forms that challenge the power dynamics inherent in spatial practice, all delivered in innuendo-laden drawings of columns or through sculptural forms (a large “Hi!” is a recurring motif), would suggest so. 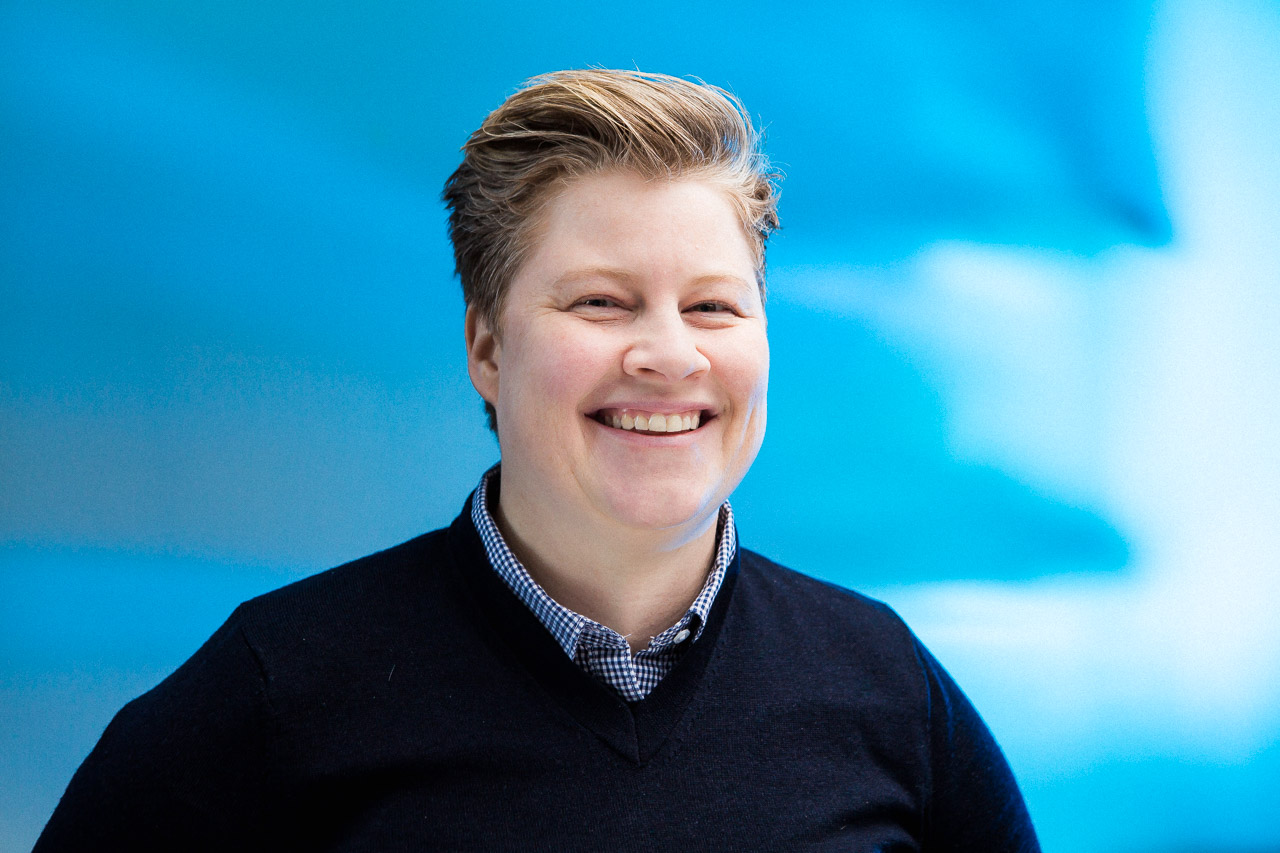 33
Dawn Hancock
Founder/managing director, Firebelly Design
Dawn Hancock has been at the helm of Firebelly Design since 1999, effecting socially conscious design that has attracted the likes of Divvy, Rebuilding Exchange, the Howard Brown Health Center and numerous others. The annual Typeforce exhibition, which she founded in collaboration with the Public Media Institute to showcase innovations and advancements in typography, recently completed its run for the seventh year. Never stopping, Hancock will lead the American Institute of Graphic Arts’ Pop-up Innovate Mash-up to bring together six AIGA chapters from around the country in late March. “The goal of the two-day workshop is to facilitate chapter leaders through collaborative exercises designed to help them develop a scalable concept for addressing membership challenges,” she explains. “The studio is about to begin planning the next iteration of our Firebelly U. program in an effort to create a design education and mentorship platform open to individuals of all ages and career goals,” she adds. Just a typical month in the life of one of the city’s most energetic advocates of design as a force for good.

34
Jason Fried
CEO/cofounder, Basecamp
Jason Fried has discovered how to put logical order to the mass of information and numbers that clog project workflows. It’s what’s given him success and underlies everything he does with Basecamp, the online project management tool he co-created, its numerous web-based organization applications, its blog “Signal vs. Noise,” and in his New York Times best-selling book “Rework.” “Communicating clearly is my top priority,” describes the Basecamp (formerly 37Signals) co-founder. He believes above all in the process of editing, “reworking” the basic unit to achieve a clean, cohesive whole and, most of all, making a connection with that information. Through simple, good design, Fried is redesigning how we work. 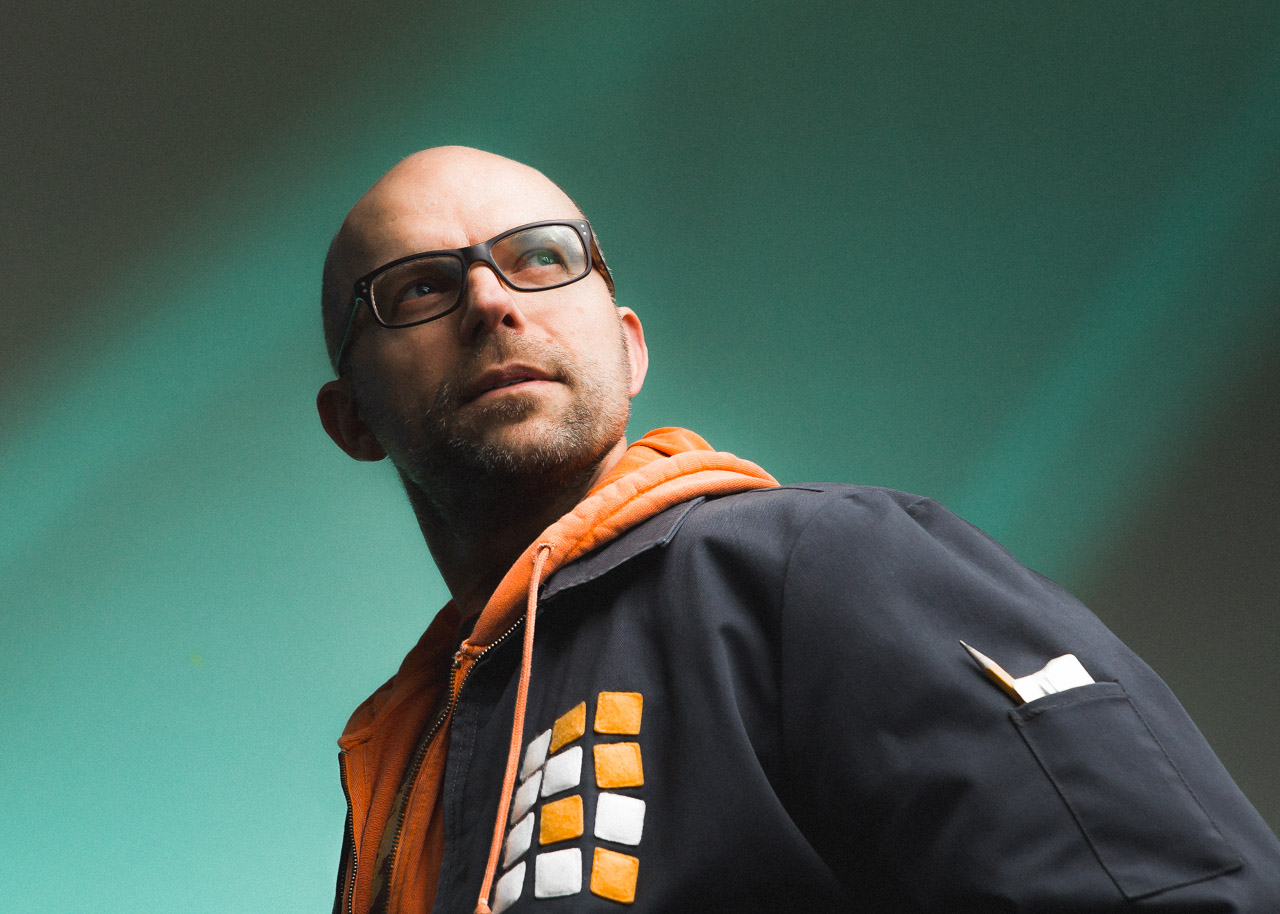 35
Jim Bachor
Art director/pothole artist, BACHOR
Jim Bachor is an in-demand artist as only someone featured on PBS can be. Coming to his craft late in life, he brings a unique perspective to his mosaic works from his past in advertising. Bachor has spent the past years successfully navigating the viral enthusiasm surrounding his pothole works, but the thought behind the artwork runs much deeper than the street surface. His dry wit, subtle pop-culture references, and knowing allusions to art history ensure that, although his art is virally shareable, it is also capable of withstanding deeper contemplation. Upcoming projects with the Chicago Transit Authority, Los Angeles’ Getty Museum and Volume Gallery will cement his place as a top Chicago designer, but his greatest victory may be the dry wit and poignant humor in the form of his mosaics.

36
Andrew Moddrell
Architect/founding director, PORT Urbanism
Andrew Moddrell has built a reputation for producing polemical architectural proposals. His firm, PORT Urbanism (a partnership with Christopher Marcinkoski), specializes in speculative conceptions of urban space that breathe new utility into cities. “The Big Shift,” part of the “BOLD: Alternative Scenarios for Chicago” exhibit at the Chicago Architecture Biennial, proposes the expansion of the downtown lakefront by “shifting” Lake Shore Drive 1.5 miles east to then increase the amount of buildable land downtown and enclose Grant Park in a Central Park-like canyon. The increased tax revenue from the expansion of the city’s most valuable land could prove a boon to any of the myriad budgetary problems that plague the city. Championed by Stanley Tigerman, derided by Blair Kamin, Moddrell’s idea is center stage in how Chicago conceptualizes itself and its future. 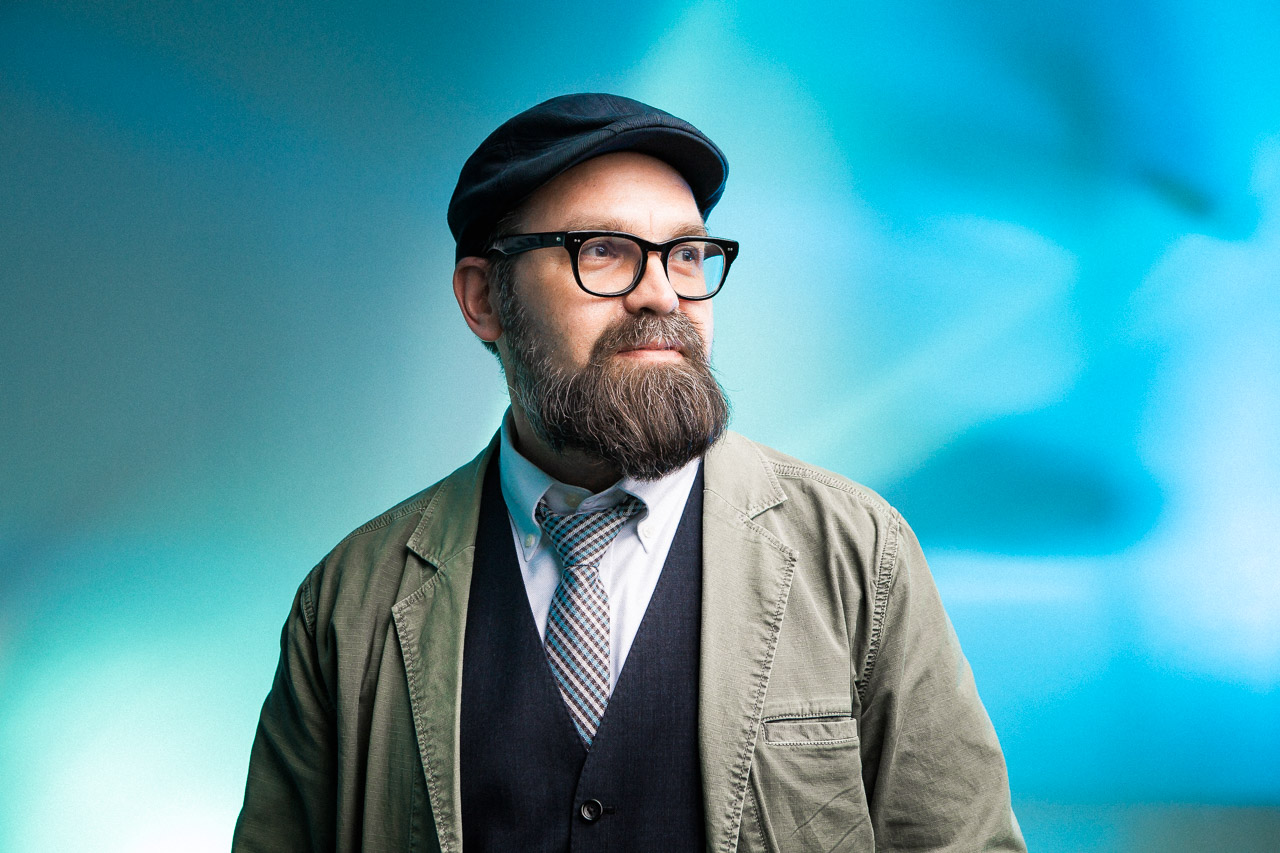 37
Douglas Pancoast
Founder/architect, UNTILarchitecture
Architect and SAIC faculty Douglas Pancoast works at the intersection of design, data collection and urbanism. His partnership with the City of Chicago and University of Chicago culminated in The Array of Things, a network of interactive sensor boxes that will act as “a fitness tracker for the city” to collect real-time data on the city’s environment. The physical sensors were designed by Pancoast and will collect data like climate, air quality and noise levels to provide information to people “using” the city, while providing data to measure “the effect of the physical environment on people and places and the myriad of interacting contexts that affect the design of places, buildings and cities.” The mind-blowing project, awarded a $3.1 million grant by the National Science Foundation, may revolutionize the way we look at cities. Installations begin in April. 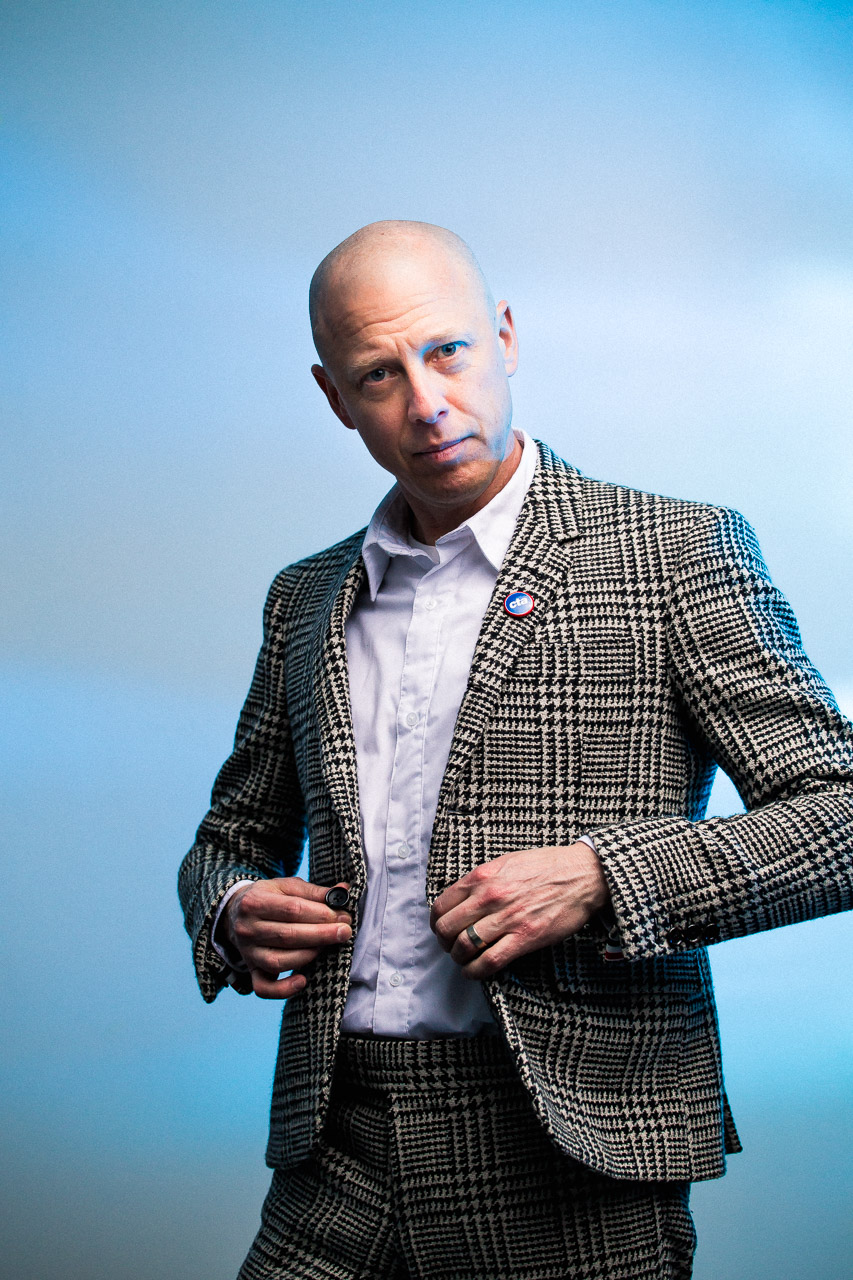 38
Jason Pickleman
Owner/designer, JNL Graphic Design
Jason Pickleman is known for his boutique design firm, the JNL , where his client list includes Millennium Park, the Poetry Foundation, Expo Chicago and The Publican’s new O’Hare location. And, in the last year, Pickleman finally managed to cross the art/design Rubicon with the opening of his collection gallery, Lawrence & Clark. These days Pickleman is branching out into making his own artwork, in both LED and neon, “using my poetry as a source.” Going beyond his already famous industriousness, he also has plans to work with some of Chicago’s most celebrated hometown artists, including playful conceptualist Tony Tasset. In March, he’ll present a solo show of Tasset’s drawings “spanning fifty years,” Pickleman explains. That same month, he’ll also open a second, 2000-square-foot gallery location at Montrose and Clark. “Along with exhibiting visual work, it will include a ‘listening room’ for acoustic and lightly amplified sound/art experiences that will lean toward the ambient, spiritual and electronically experimental.” With all that, and a career now spanning thirty-plus years in the city, when asked what he could possibly do next, he has an answer replete with simplicity: “continue apace and never miss a deadline.” 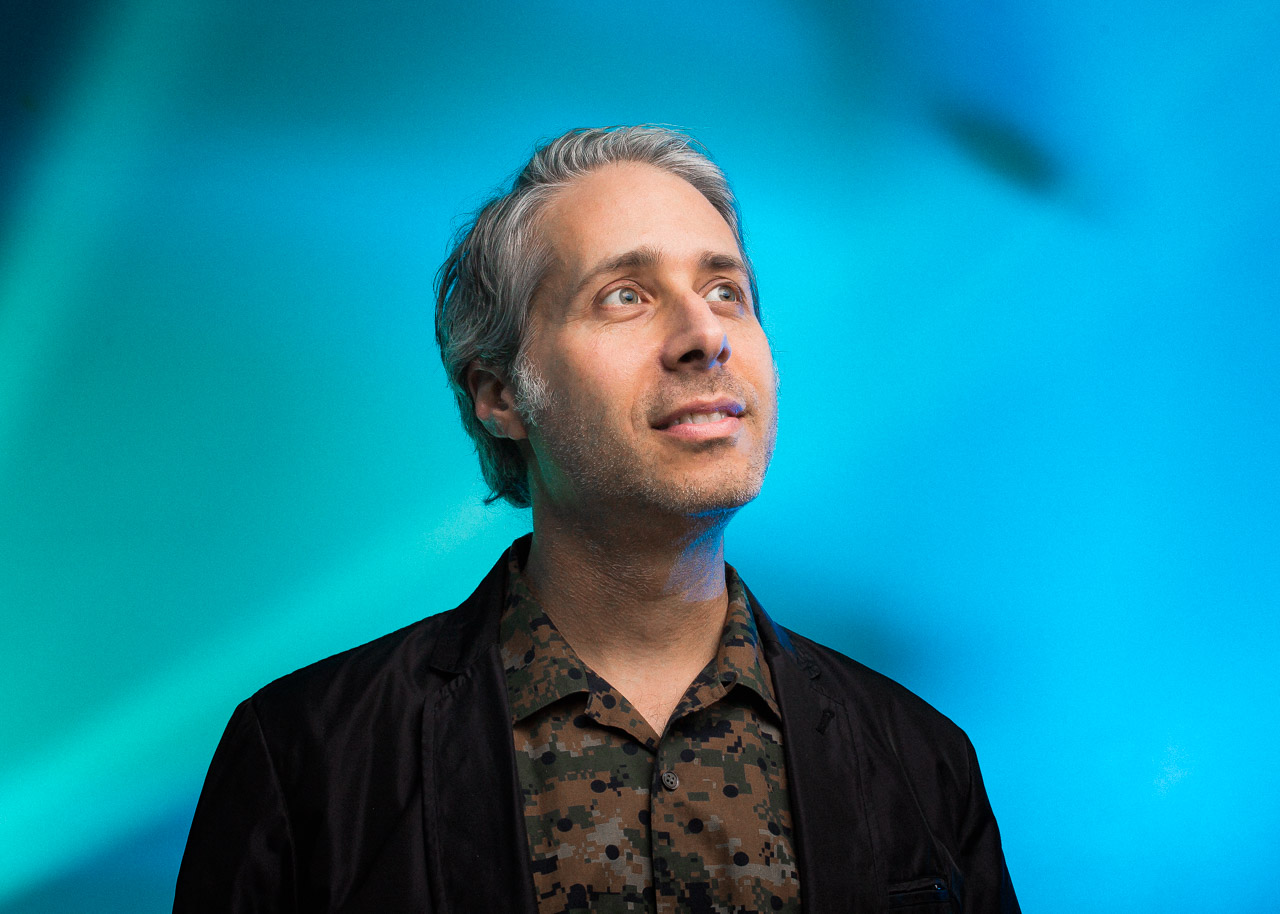 39
Martin Felsen and Sarah Dunn
Co-founders/architects, UrbanLab
Martin Felsen, Sarah Dunn and their shared firm UrbanLab, in many ways, represent, both the past and the future of Chicago architecture. Felsen and Dunn started UrbanLab two economic cycles ago as the dot-com boom of the late nineties came crashing down, giving them an uncommon depth of experience for a small firm. Their hard-won experience paired with finely honed academic inclinations has set them up as the de-facto role models to a new class of young architects in Chicago. Although well-established on the architectural and academic scene, Felsen and Dunn are still solidly eligible for an AIA “Young Architects” award. Their wry wit and subtle humor (check out their website) show through in their work and public presence, making them uncommonly approachable. Their recent entry into the Chicago Architecture Biennial, “Filter Island,” showcases with typical aplomb and humor an ability to tackle a massive undertaking—the preservation of Chicago’s waterways. 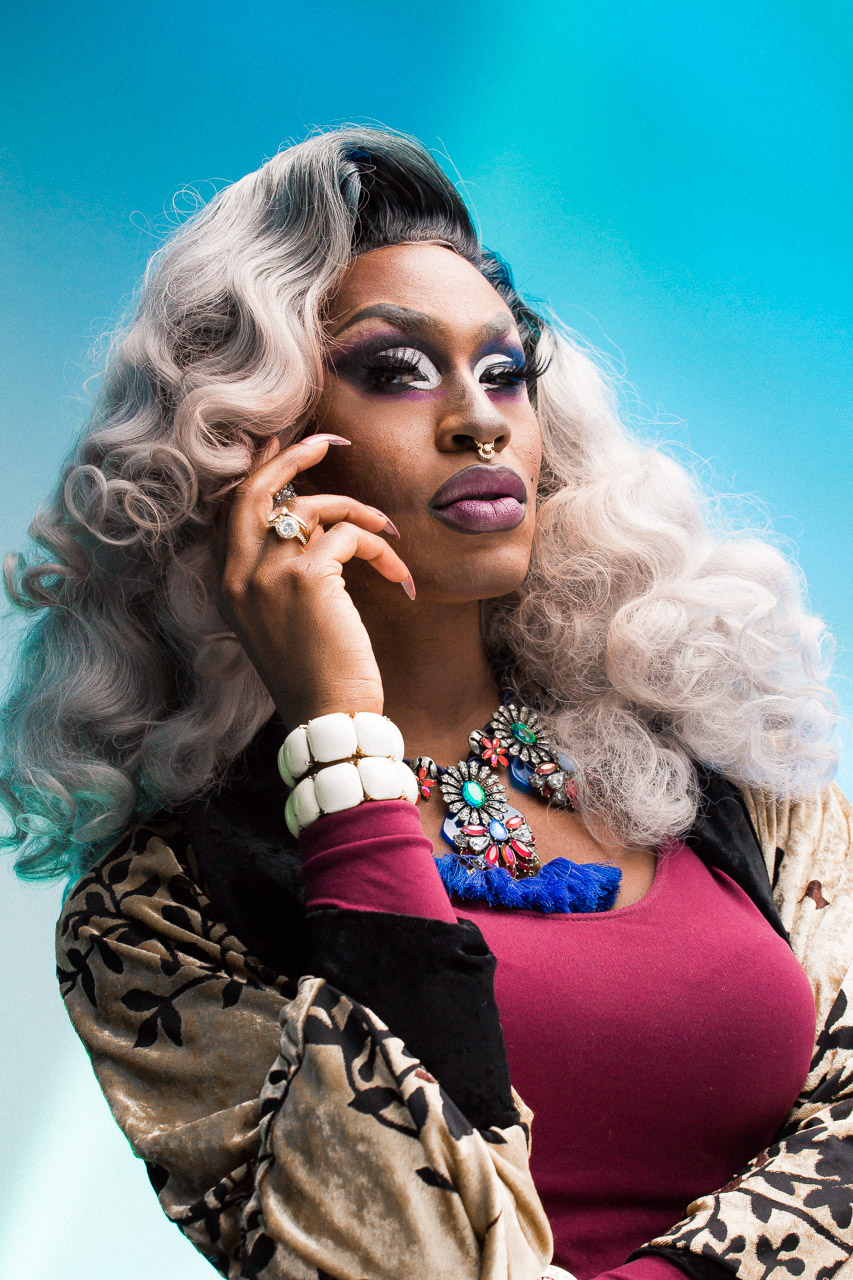 40
Shea Couleé
Model/drag queen
Shea Couleé is a fierce and fearless performer. One of the city’s most talented and hard-working drag queens, Couleé is highly involved in the local drag scene from hosting the weekly #FACE show at Hydrate, to producing, directing and starring in the short film “Lipstick City” along with her team the Couleé Collective, to co-hosting the weekly podcast, “The Tony Soto Show.” Combining her two passions, performance and fashion design through drag, Couleé experiments with her highly expressive, flamboyant sense of style, continues to explore her gender identity and connects with the local community, bringing to the table ingenious artistic visions and collaborative ideas. “Growing as a drag queen in Chicago has been a roller coaster with lots of ups and downs,” says the performer whose ultimate goal is to create a broader sense of sisterhood putting in the spotlight the Chicago drag community at large.