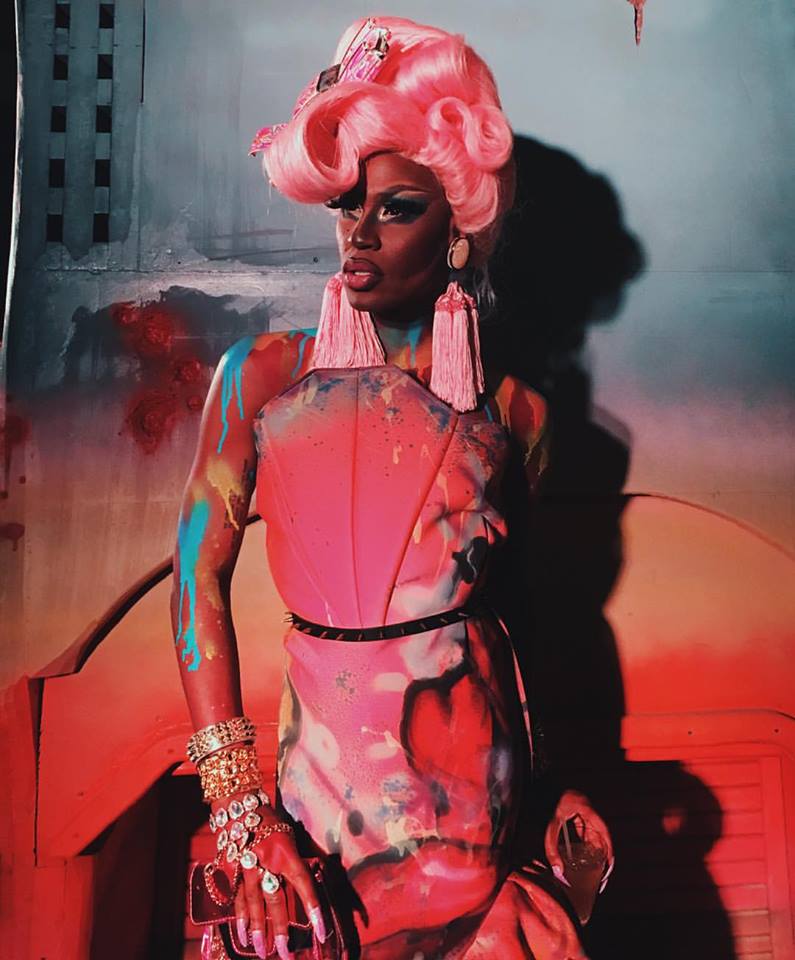 Shea Couleé is a fierce and fearless performer. With a first name that in Swahili means “beautiful boy,” and a last name that, he thought, had a nice French feel to it, Chicago-native Jaren Merrell reinvented himself as the drag persona of Shea Couleé, one of the city’s most talented and hardworking drag queens.

The full-time entertainer and drag performer at various clubs around the city has been the host of “#FACE,” a weekly show at Hydrate Nightclub for the past few years, a model, an MC and a co-host of The Tony Soto Show weekly podcast. She is also the writer, producer and director of the short film “Lipstick City,” in which she also stars. And recently, she formed the Couleé Collective, a creative team putting in the spotlight not only the drag superstar herself but also the Chicago drag community at large.

Couleé calls herself equal parts bourgie and banjee. “A banjee is your neighborhood girl hanging out on the front stoop,” she explains, while her “bourgie” [truncation of bourgeoisie] side represents the fantasy of being a polished, well-taken-care-of wealthy woman.

Couleé’s career started early. While studying costume design at Columbia College, she immersed herself in the contemporary dance world, combining her two passions: performance and fashion design. “I first became interested in drag when my good friend and fellow costume-designer Tiger Lily introduced me to RuPaul’s ‘Drag Race’ television show,” she says. “I fell in love with Raja as a fashion queen and the rest is herstory.”

Couleé has always connected with female energy and femininity. “I think there’s a power in embracing femininity—a beauty coming along through many different layers,” she says. “I remember when my mother would put on Donna Summer records, salt and lavender in the bathtub, then put makeup on. She looked beautiful, gorgeous. It was a whole ritual. I wanted to have this wonderful opportunity. Dad would just shave, put on a tuxedo and that was it. Not glamorous at all!” 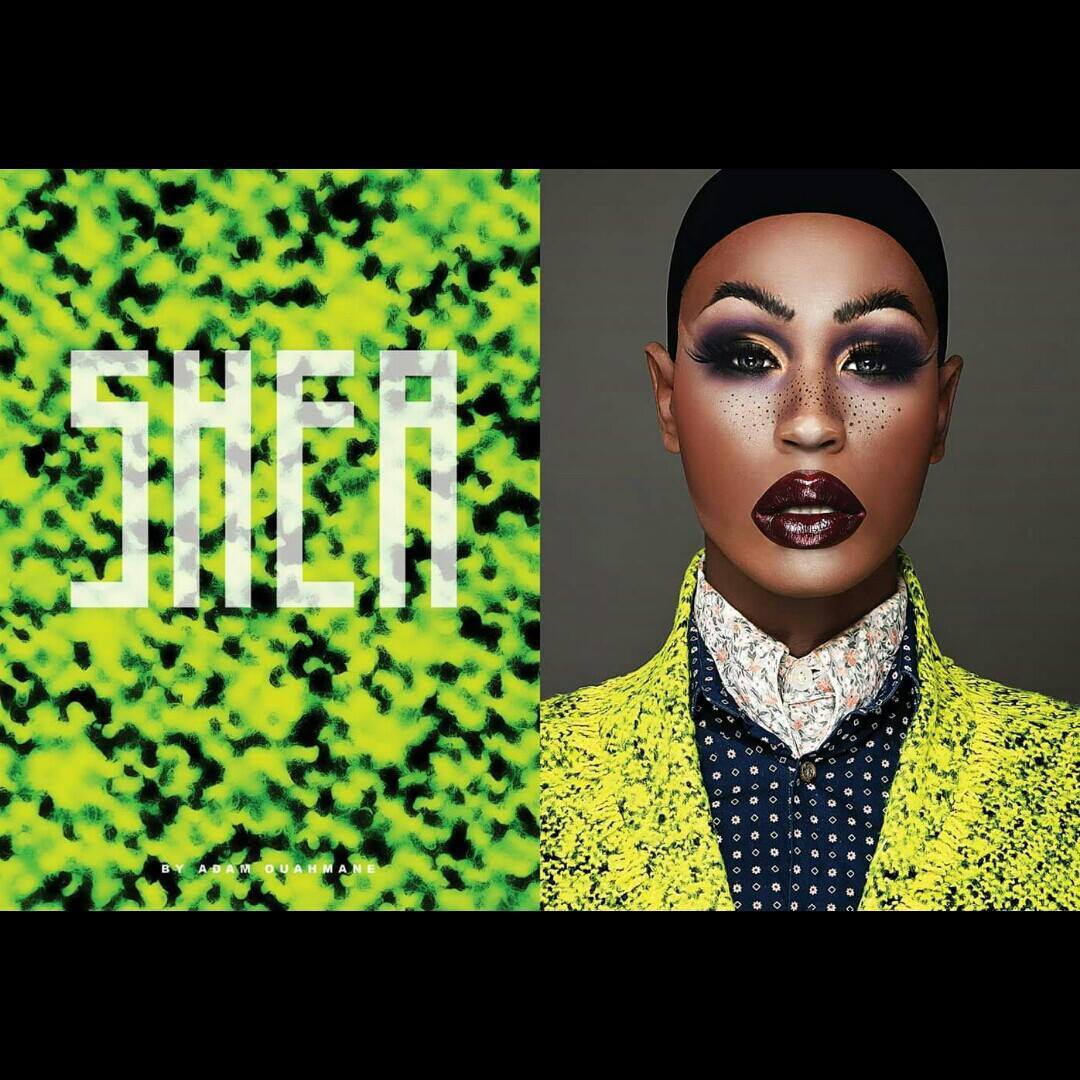 Couleé, who chooses grey over a society that wants to make everything black and white, considers drag to be “an outward expression of an inward intention.”

“Through my transformation,  I feel like I’m changing from the inside,” she says. “The makeup I put on, the clothes, the wigs they’re all part of telling a story that helps me explore my gender identity, and I get a better understanding of both my femininity and masculinity.”

Couleé has an impressive range of different drag styles, and traces her love for costume and design back to old Hollywood glamour. Her style, expressive and flamboyant, grande but chic, gives the impression of a unique art form with endless possibilities of looks and transformations. Her color palette moves within cool and neutral tones, blues, blacks and browns, with the occasional bright pops of color. Couleé believes in theatrical, standout looks: big hair, big dresses, dramatic eyelashes—the bigger, the better.

“Growing as a drag queen in Chicago has been a roller coaster with lots of ups and downs,” she says. “One of the greatest parts of it has been the people I’ve met, ranging from other queens to fans,” she says. Even so, drag queens have to reinvent themselves performance by performance, trying to identify the unique qualities they have to offer, which can be a daunting and exhausting task. “There’s a lot of truth to the saying ‘fake it till you make it,’’’ Couleé says. “There were nights I wanted to stay at home because of something going on in my personal life, but I still had to put on a good show for the audience because that was the commitment I’ve made.”

Couleé’s latest venture finds her starring in the short film “Lipstick City,” which she directs and produces with the Couleé Collective and is based on her Bourgie and Banjee sides—both parts played by her. She currently keeps busy with the #FACE at Hydrate show, using it as a platform to give exposure to new drag queens, especially those of color. Down the line, her career aspirations include fashion design.

Thinking outside of the box, Couleé admits that it’s hard to exist in a community that functions outside the heteronormative standards—in between gender pronouns and identities. “Drag exists in those blurred lines but drag queens are some of the toughest, bravest people I’ve ever met,” she says, explaining that they all come from the similar background of having to mask their true selves. “That’s why drag queens don’t get easily offended,” she smiles, “they’ve been to hell already.”

Putting on her suit of armor—“drag makes you feel more powerful, like a superhero,” she says–Couleé considers connecting with people through her performance to be the most important part of her job. “One thing you learn when you do drag is that you don’t give a fuck,” she says. “You’re a work of art. Remember that you’re golden, you’re fabulous, you’re a superstar—because if you forget that, everybody else will.“

Shea Couleé performs Wednesdays at Hydrate, co-hosts the weekly podcast The Tony Soto Show, available on iTunes and Soundcloud via thetonysotoshow.com and can be found on Instagram @misscouleeifunasty.