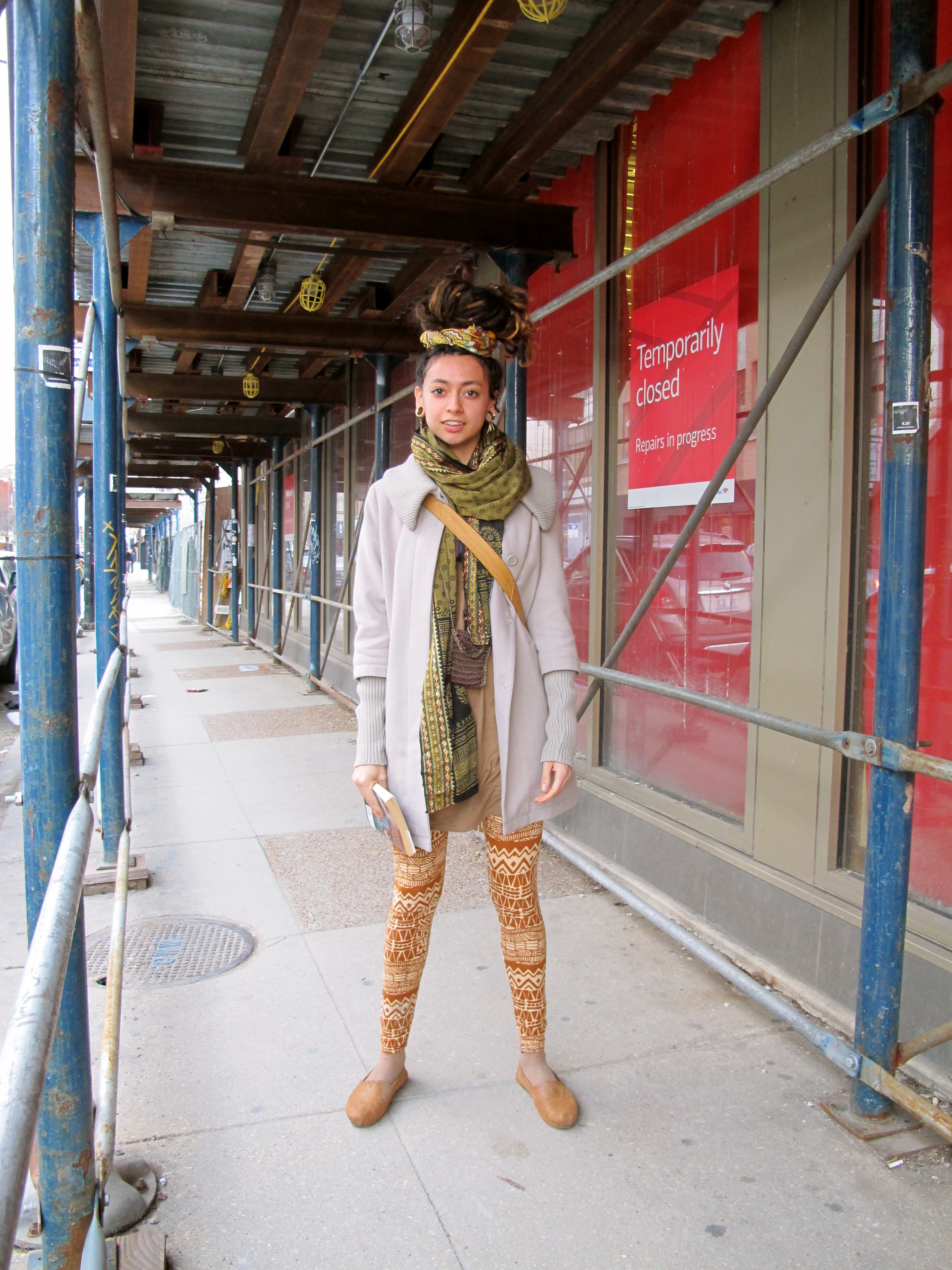 Visual artist Qutress Trevino (@qutress) was on her way to the Blue Line after her shift at Futurgarb.

Do you have any style rules? Is there something you’d never wear?
I refuse to be uncomfortable, or to wear a bra.

How would you describe your wardrobe?
My wardrobe looks like “tribe woman forced to wear Western clothes.” I’m either in all earth tones or high-contrast patterns. I’ve shifted out of the American consumer mentality and only purchase meaningful long-lasting pieces.

What is your styling process like? How long does it take you to get out of the house?
I can be out of the house in fifteen minutes. Clothing is just a veil, it’s best not to pay too much attention to it. The inner self gets the majority of my time and energy.

Who and what inspires your outfits?
The healers of the world inspire me most; the women in all white. The focal point is on them and their abilities rather than their outfit.