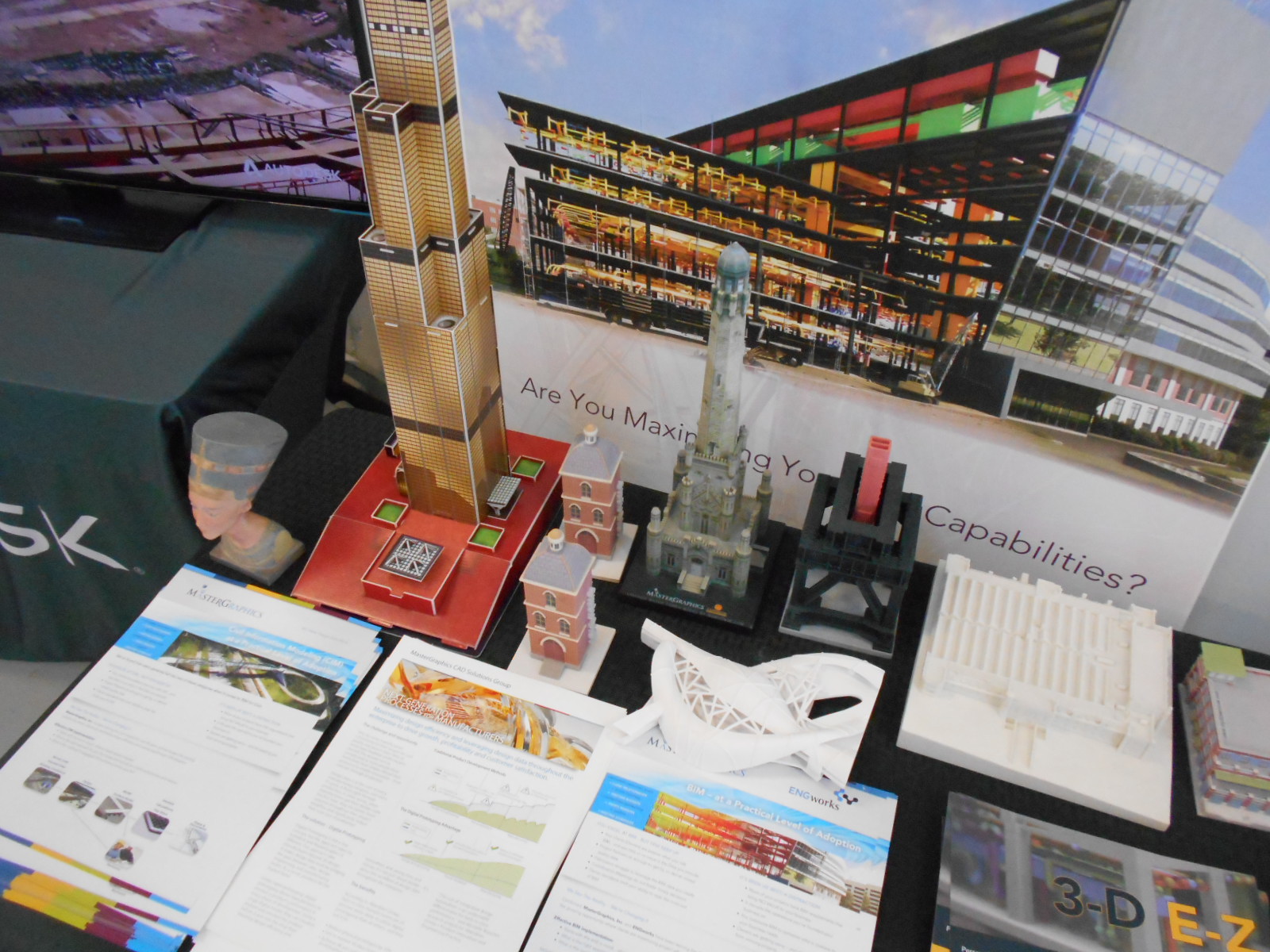 We see, every day, how technology is changing our world. A new generation of entrepreneurs has appeared, called by a batch of names: “change agents,” “innovators,” “accelerators,” “disrupters.” But what happens when the weightless, virtual world of high tech hits the heavy world of bricks and mortar?

A new company in Chicago, staffed by tech-savvy millennials, is striving to combine the two. Named BuiltWorlds, the principals are focused on the vast field of AEC—architecture, engineering and construction—plus development and real estate. It’s what they call the “built space” or the “built world,” which plans, designs, builds, operates and maintains all the world’s buildings and infrastructure, and even its ecosystems. They want to connect this tangible world with the ideas and possibilities offered by the change agents.

“BuiltWorlds is about exploring, understanding, and ultimately spurring exponentially better solutions for our built environment,” says Matt Gray, cofounder of the new company.

Gray is also co-chairman of Graycor, Inc., originally a concrete-breaking company founded by his great-grandfather, which grew into a major construction contractor for U.S. Steel and other industrial giants. He saw that the transformations going on in most industries were not transforming his, at least not enough.

The company came about as a meeting of the minds of Gray and his co-founder Matt Abeles, who gained a strong background in real estate finance while working at two financial consulting firms. “I was hungry to do something I could make real change in,” says Abeles, “and I wanted to get young people interested and excited about the built world.”

The two wanted to create change in the many industries that build the human environment, which they saw as inefficient, with its many players working in silos. They also saw its inherent interconnections. “The $7 trillion built-world industry is the most inefficient in the world,” says Abeles. “We want to make it work better, to create an essential exchange of ideas and connect people with thought leaders.” 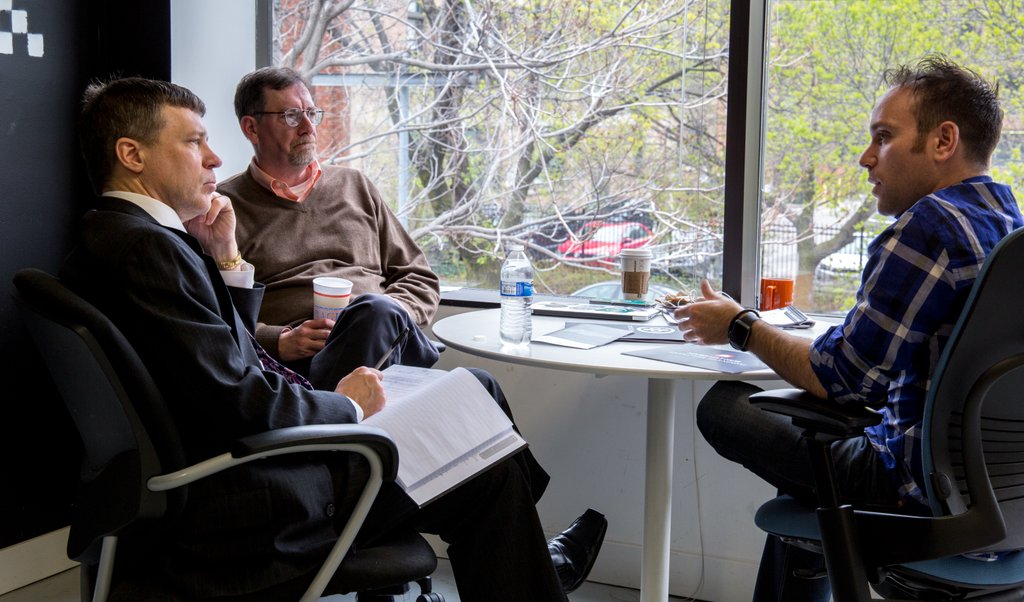 Their idea, initially, was to start a research company. Abeles acknowledges that it turned into a media company by accident. He hired Rob McManamy, a veteran editor of Engineering News-Record and other industry publications, to author a blog, which became a newsletter, which has grown into a multimedia company with a constantly updated news site that will also host forty events this year.

Founded in 2014, they first called the company Burnham Works, in admiration of the prodigious city planner. Later they realized that the wide breadth of their outreach required a more encompassing name: BuiltWorlds (BW). Companies including Graycor, Caterpillar, Ozinga and Autodesk have sponsored the young company’s many events.

The range of BW’s interests and events covers just about everything in the building trades and beyond. They’ve moved into a spacious building at 1260 West Madison, former home of Threadless t-shirt company, which left some outrageous illustrations on the walls. Large gatherings and panel discussions occur often in the gallery space on the ground floor. It’s where technologists and futurists meet industry leaders and anyone else who’s interested. Events and workshops bring in expert speakers to foster conversation on topics ranging across the spectrum.


A lot of the discussion concerns the future of construction. What will it be like? Will robots and drones take over the job site? What about modular construction? Innovators are invited to discuss and demonstrate the tools and methods of construction workers of the future, including mobile apps, robotics, drones, augmented reality (head-mounted and otherwise), 3D printing and so forth. It’s all a long way from hard hats and steel-toe boots.

Thought leaders invited to BW consider all aspects of city building including cities themselves. Last summer, the architect/city planner Peter Ellis helped to launch BW’s SmartWorlds series, with a presentation called “Restructuring American Cities.” Ellis, formerly with Skidmore, Owings & Merrill, recently gained fame by designing a new city in India. It was every planner’s dream, to have open land to design a city from scratch, and Ellis conceived a plan that relies on ecological systems. At BW, he discussed how the principles he applied in India could restructure older U.S. cities.

Another discussion in the SmartWorlds series was called “Future Water.” Another, “Improving Our Infrastructure,” focuses on what’s called APD/P3—alternative project delivery and public-private partnerships. It gets to the heart of what Gray and Abeles are concerned about, encompassing not only new technologies but also new techniques for solving built world problems. The infrastructure problem is enormous, with billions of dollars of backlogged maintenance and little new money for more. In the three-part series, construction experts and financial consultants have drilled down into the complexities of actual P3 projects, uncovering their promise of new revenue and their potential perils.

When thinking that the human population will increase by roughly three billion in thirty years, that most of these people will live in cities, that we will need to rebuild all of the infrastructure and all of the buildings in the world today, and add much more to accommodate everyone in 2050, one can feel overwhelmed.

BuiltWorlds, a private company with a sense of public mission, is spurring people to face the challenge head on. “There’s so much that needs to get done so soon,” says Abeles. “There are big issues ahead.”

Alan Mammoser is a regional planner and writer in Chicago, and the author of “Beyond Burnham, An Illustrated History of the Chicago Region.”