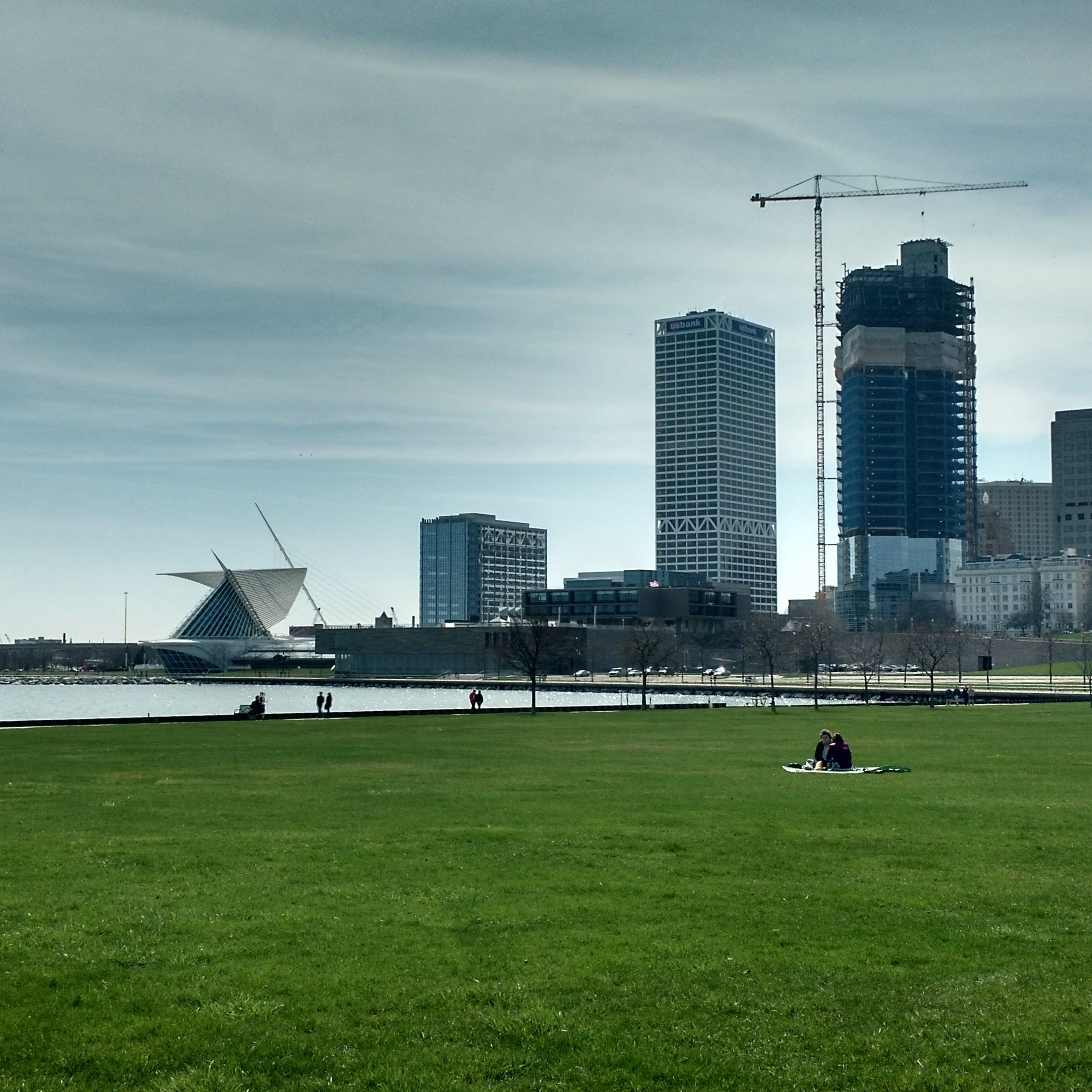 Living in Chicago presents one with the opportunity to make short road trips to historic American cities: Detroit, Louisville, St. Louis, Minneapolis, Indianapolis and the closest of all, Milwaukee.

Milwaukee is just far enough from Chicago that the seemingly endless sprawl of the city eventually gives way to prairie and farmland, providing a measure of definition to the drive and a reminder of the native landscape that gave way to these two cities. En route sits Racine, location of some of Frank Lloyd Wright’s most celebrated works—the SC Johnson Research Tower and corporate headquarters. If Wright’s Chicago buildings look slightly out of time when viewed in the context of the urban metropolis that grew up around them, they are, in contrast, perfectly suited to this small town. The SC Johnson Campus also features the relatively recent Fortaleza Hall by renowned firm Foster and Partners. It is an uncommonly well-detailed building while being humbly deferential to Wright’s masterpiece.

Milwaukee has shown a sustained commitment to paying for and fostering good design in public projects, and has a pedigree of producing consistently good modern architecture. This commitment to public design combines with ambitious private projects to create a critical mass of demand for quality architecture. Local firms like HGA, Vetter-Denk Architects, Kahler Slater, Johnsen Schmaling Architects and Rinka Chung have capitalized on this, producing more buildings than I could possibly cover in a single article. In Milwaukee’s bustling neighborhoods, there is a good chance that if a sharp modern building or well-done restoration catches your eye, a local firm is behind it. The volume of high-quality buildings going up in Milwaukee may be less than elsewhere, but there are certainly more per capita.

Like Chicago, Milwaukee’s neighborhoods define the city, each with its own character, buildings and cyclical popularity. As you approach Milwaukee from the south, you pass Bay View and Walker’s Point, both eminently walkable and full of great bars and restaurants. Also worth venturing to, according to locals, the Historic Third Ward and Historic Mitchell Street as well as the Lower East Side, all of which have seen recent revitalization. The character and age of the buildings in these historic neighborhoods is reminiscent of Chicago, but the pace of life is slowed and a visual and auditory softness replaces Chicago’s hard edges and grit. Economic opportunity is not evenly distributed throughout the city, but these areas provide case studies in revitalization for the Midwest’s aging post-industrial cities. Milwaukee is currently the most segregated big city in America, but an open acknowledgement of this by its leaders—and concrete steps to ameliorate the problem—seem to be paying dividends in neighborhood diversity and social equity, at least from this outsider’s perspective. 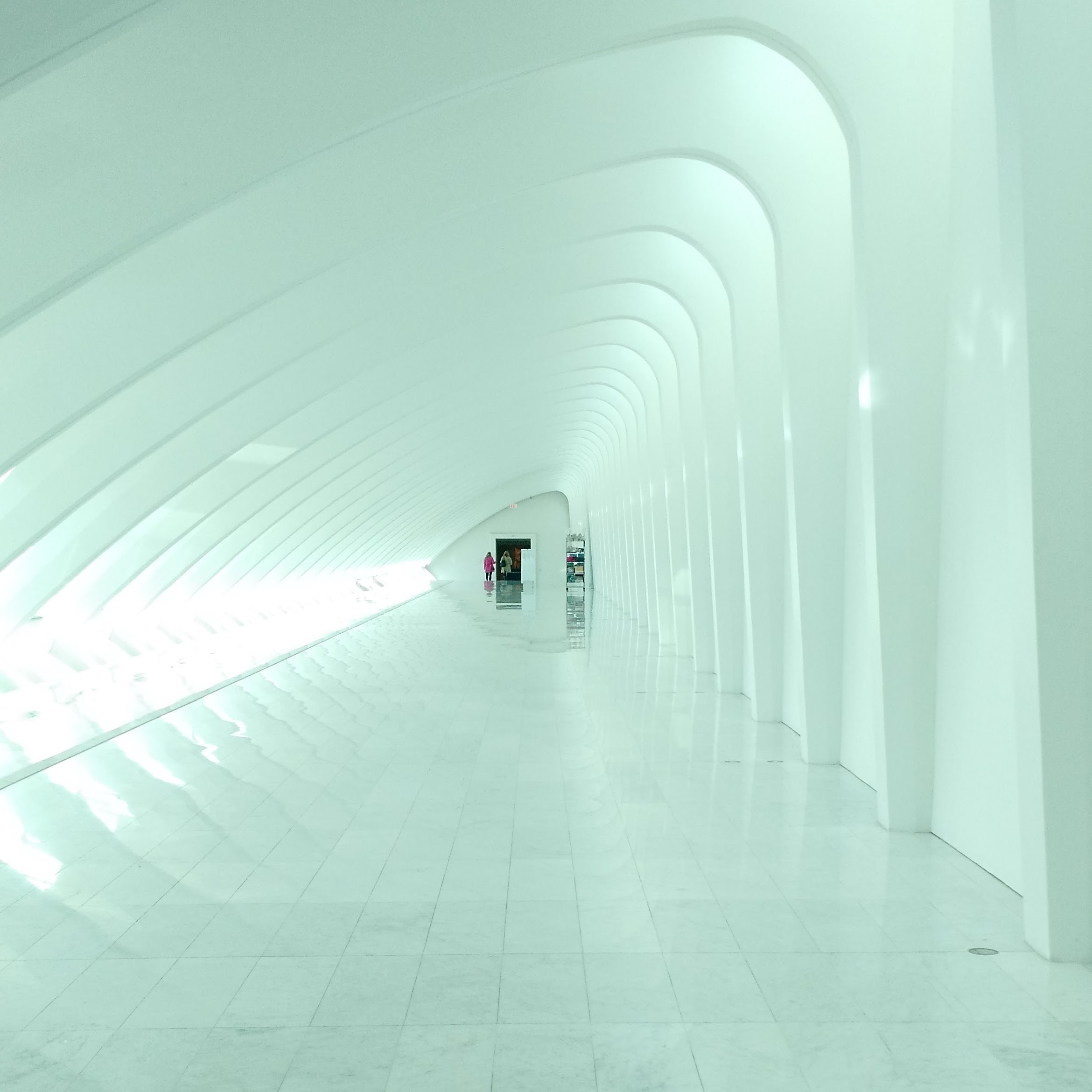 No visit to Milwaukee would be complete without a stroll on the lakefront and a visit to the delightfully gratuitous art museum designed by Santiago Calatrava, his first built work in the United States when it opened in 2001. The vast majority of the art museum is free and open to the public, and is constantly buzzing with activity. It is everything a placemaking public project should be. After living out your Leonardo DiCaprio fantasies on the prow of Calatrava’s ship, continue north to HGA’s contribution to the art museum. Their humble addition provides a subtle counterpoint to Calatrava’s excess. Informed by simple materials and obsessive detailing, it may prove to be the more durable of the works.

Beyond contemporary projects, there is a host of historical buildings to explore, including the Art Deco Wisconsin Gas Building and the German-inflected historicism of the various Pabst buildings. Mitchell Park Horticultural Conservatory is not only a beautiful botanic garden, but is located inside a series of three breathtaking conoidal domes. Famed Modernist architect Eero Saarinen’s War Memorial Center sits directly north of Calatrava’s addition to the art museum and is a fine example of Corbu-inspired modernism, including expansive use of beton brut construction.

Milwaukee has been quietly building the quality of its urban stock through an annual mayor’s design award, revitalization of neighborhood main streets and municipal investment in placemaking. This sustained public investment in the spatial environment has generated private-sector development as well. Numerous construction cranes dot Milwaukee’s skyline, and while most new construction is a mixed bag, aesthetically and architecturally speaking, there are certainly gems among this new crop of towers. One example is the forthcoming Populous-designed basketball arena for the Milwaukee Bucks which will anchor a large mixed-use entertainment district in hopes of revitalizing a long-stagnant area.

On the return trip to Chicago, it is worth keeping an eye out for one of the many kitschy roadside buildings hawking Wisconsin cheese and craft beer. (I recommend Mars Cheese Castle, but it would be hard to go wrong with any of the options.)  Perhaps more than any other aspect of the built environment in the Midwest, roadside Americana grounds you in a very specific time and place. It is hard to believe this exists so close to the decidedly atemporal urban experience that characterizes Chicago and the softer, local-inflected urbanism of Milwaukee. All are necessary and function in their own unique domains, yet the juxtaposition created in passing from one to another always generates new thoughts, insights and ideas about ourselves, our city and its place in the world. Milwaukee is only one hundred miles away, but the journey provides every bit of the introspection we seek when we travel, at least for a weekend.