“A thing of immortal make, not human, lion-fronted and snake behind, a goat in the middle,  and snorting out the breath of the terrible flame of bright fire.”

Homer’s brief description in “The Iliad” is the earliest surviving literary reference of Chimera, a mythological, fire-breathing monster commonly represented with a lion’s body and head, a goat’s head on its back and a serpent’s tail. Since then, the term has come to describe any hybrid form: A mythical or fictional animal composed of disparate parts, or any sort of conglomeration perceived as wildly imaginative, implausible or phenomenal. And this summer in Chicago, the architect, educator and urban designer Marshall Brown’s latest work.

For “ZIGGURAT: An Architectural Chimera,” Brown has created a garden folly for the Arts Club of Chicago, reviving the traditions of eighteenth-century English and French landscape design. Landowners of eras past would build small decorative pavilions as miniature tributes to the exotic and the ideal—i.e., follies. Brown’s folly is to recast architectural ideas—and ideals —through three-dimensional collage. “ZIGGURAT” is modeled out of a series of architectural photomontages executed within exactly one year (Jan. 1, 2014-Dec. 31, 2014) that combine drawing, collage and digital techniques. Images of existing works of architecture from iconic architects like Frank Gehry, Peter Eisenman and Zaha Hadid are “carefully puzzled together to create something new,” he says. They are then housed within a newly designed and constructed installation Brown conceived for the Arts Club.

“Collage is what I sometimes call an art of ‘creative miscegenation,'” Brown says. “It’s a way of drawing connections between diverse figures that subverts the idea of opposition or strict categories in the act of design.” 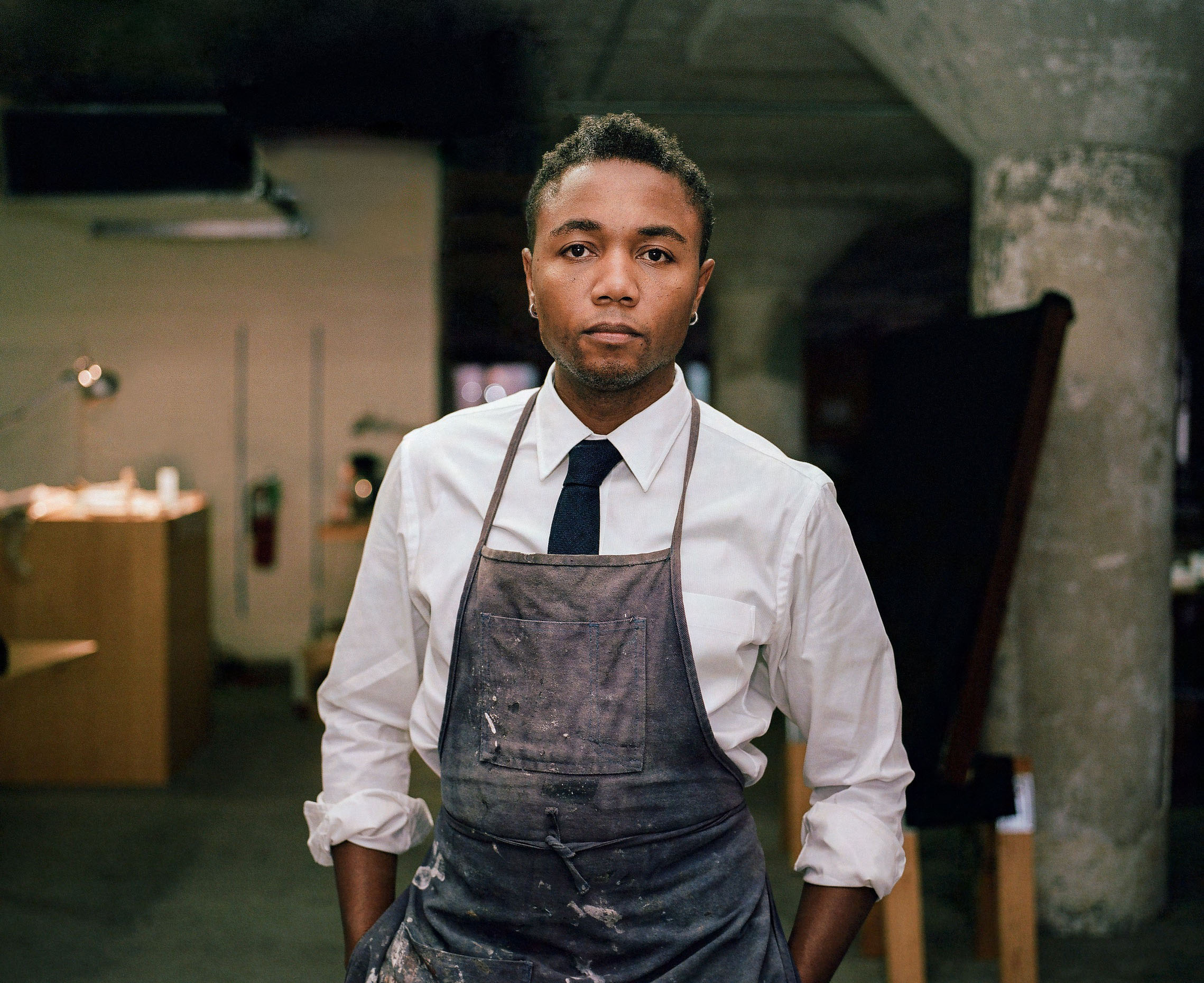 Brown, who will be participating in the U.S. Pavilion at the Venice Architecture Biennale as part of the “Architectural Imagination” exhibition (a series of projects designed to breathe new life into specific sites in Detroit), says he approaches everything around him as a potential readymade. He calls his technique “stealth collage” that remixes culture, influences and the past to transform the present and future. When discussing the individual pieces that compose “ZIGGURAT,” Brown says he thinks of each image as an entity with a life of its own—as a sketch of an architectural world yet to come.

“‘The Chimera’ are works of architecture in their own right,” he says. “Despite their relatively small size (fourteen-to-seventeen inches each), I think that they are mentally inhabitable. ‘ZIGGURAT’ is no different in that regard,” he adds.

The sculptural form of “ZIGGURAT” is made of foam aluminum (metal with the texture of stone) and the material also adds to the hybridity of the piece. The installation may be small in size—only ten feet tall—but it gives the impression of something bigger, adding an element of mystery and another layer of conceptualism.

Brown knows that the experience of space lays in more than plain observation. He hopes viewers will get to experience architectural forms and spaces that seem simultaneously familiar and strange through complete sensory participation of the installation. He knows that like art, architecture has to react to both internal and external forces. “As an educator I try to help my students understand that good design starts with understanding the state of the art,” he says.

“My work is about creating a synthesis as opposed to illustrating some kind of collision,” says Brown. “It’s not about balancing contradictions, but rather about finding alignments that allow for new understandings of architectural form and space.” (Vasia Rigou)

“ZIGGURAT” runs through August 6 at The Arts Club of Chicago, 201 East Ontario