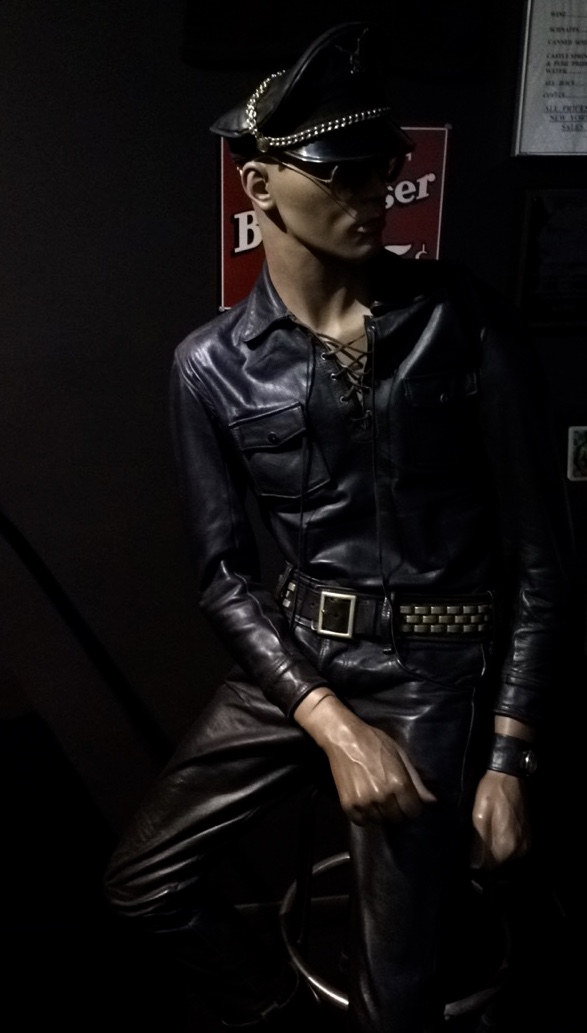 A mannequin poses at the Leather Archives and Museum “Leather Bar,” outfitted in a standard leather uniform.

Part of the design of a sex museum is that the experience is, at least partly, a response to the question of the visitor’s own sexual orientation, desires and experiences. What is the environment of a sex museum? In each case, it is the packaging and presentation of objects, cultural history and images with the same sense of an art museum: to engage the viewer in a sense of wonder and present them with an educational experience that removes the stigma that makes adolescents and adults alike joke about sex shops. The modern sex museum is the peep show turned back on its viewer.

The Leather Archives and Museum (LAM) in Rogers Park is either like nothing you’ve ever experienced before or it perfectly illustrates your own experiences. In that way, the objects and exhibits are presented like artifacts as in any other history museum. Except, design within the worlds of bondage, kink and leather is laden with a heavy cultural significance, especially the leather uniform, a gallery of which welcomes the viewer into the museum. A wall plaque explains it might include “boots; faded Levi’s; plain black leather belt; plain t-shirt; a gather of keys; leather motorcycle jacket… leather cap, leather gloves… and black, always.” The uniform is a self-conscious declaration of alignment with the leather subculture. The uniform represents many things, drawn from post-World War II biker culture and its affiliate image of power, hyper-masculinity and sexual potency.

For gay motorcycle clubs, the leather uniform served as a way to appropriate effeminate and highbrow gay stereotypes. Its fashion, then, represented a kind of militaristic affectation. Iterations of the costume range between the debonair of Marlon Brando and the spit-shine of Hugo Boss’ infamous uniforms. The uniform is the costume, the mask which allows entry to the rest of the ball. The masquerade continues through the galleries and concludes on the bottom floor in what was formerly a boiler room: a dungeon. A gargoyle guards its entry, while all attention is drawn toward its center, a custom-built spanking rack, with an encased straightjacket keeping watch. Like passing through the Duke’s apartments in Edgar Allan Poe’s “Masque of the Red Death,” the route passes numerous peculiar scenes, galleries of leather club flags like family crests, and ends before a gleaming display of stainless steel implements. Here, as throughout the galleries, black leather and grey steel pervade. 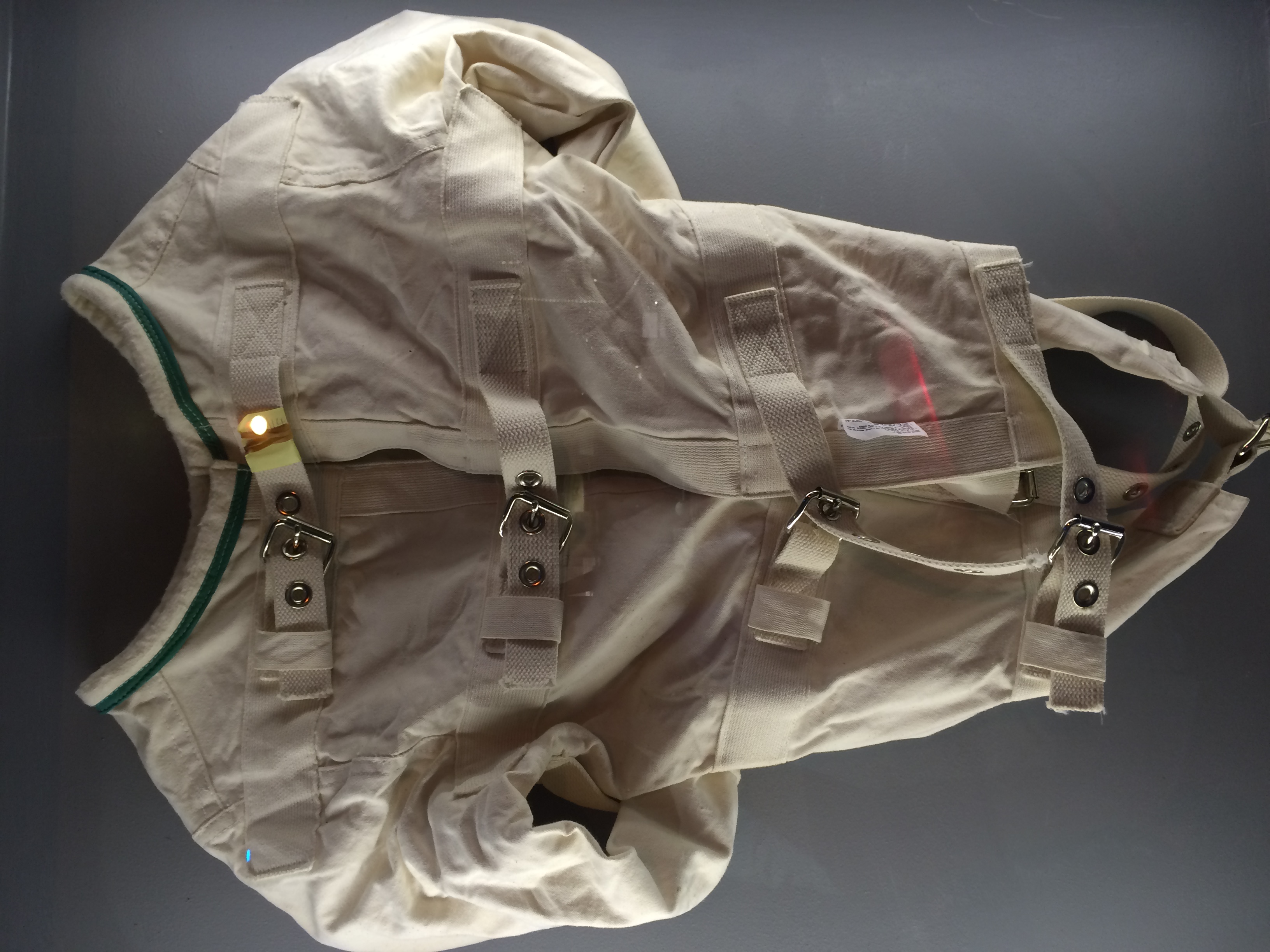 The straightjacket is an example of official uniforms and tools co-opted by the bondage community.

Sex design encompasses a vast spectrum, from the development and manufacturing of sex toys, to the fashion of seduction and role-playing, to the objects themselves which play a part in sex. The sex museum plays archive and storyteller to objects which represent a cultural narrative. LAM’s collection and exhibits help us to better understand the designed components, fashion, tools and toys of sex, and the historical context for an expanded sexual dialogue through an analysis of its object history.

There is nothing gratuitous in the galleries of LAM. The experience, though, twists between perfectly weighted steel plugs, a gaggle of types and functions of handcuffs and frightening studded and electrified implements of pleasure/pain. Jennifer Tyburczy, a professor of feminist studies and the author of “Sex Museums: The Politics and Performance of Display,” argues against censoring by curators who “had an ingrained idea of who their normative visitor was and where their threshold of shock was located… they always set the bar too low.” Visitors should be offered an uncensored experience of the object, of the display, and allowed to have their own response. The object in the designed space then becomes a conduit for the story of its creation, and the culture in which it operates. 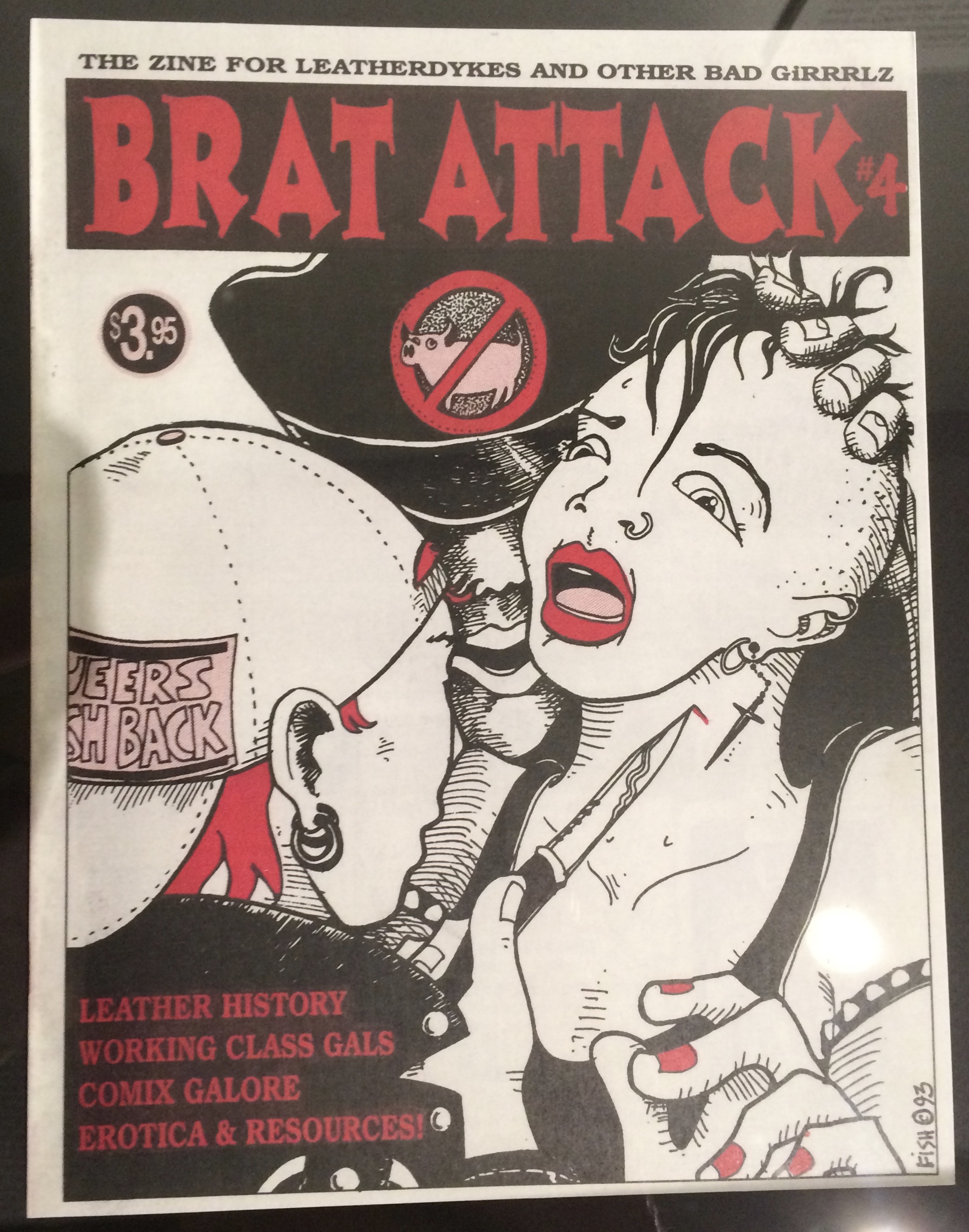 Brat Attack was a short-lived “leathergirl” zine that reflects the importance of pocket zines, mags and posters to connect the leather community.

A contemporary partner to the sex museum is the sex store, which gives access to mind-boggling objects of contemporary sex design. Andersonville’s Early to Bed is an idiosyncratic model in its non-male-straight-dominant perspective. The store provides the “how to” along with its products, in a comfortable environment for all genders and orientations. Museums like the LAM offer a glimpse into an oft-censored and underground aspect of sexual culture and open up a dialogue on the role of sex in our shared culture. It creates a cultural bridge between the accessible, welcoming and sex-positive stores such as Early to Bed and postwar domestic conservatism. Perhaps the few remaining sex museums won’t extensively change culture, but they set the precedence for changing stigma and allowing the recognition of difference.