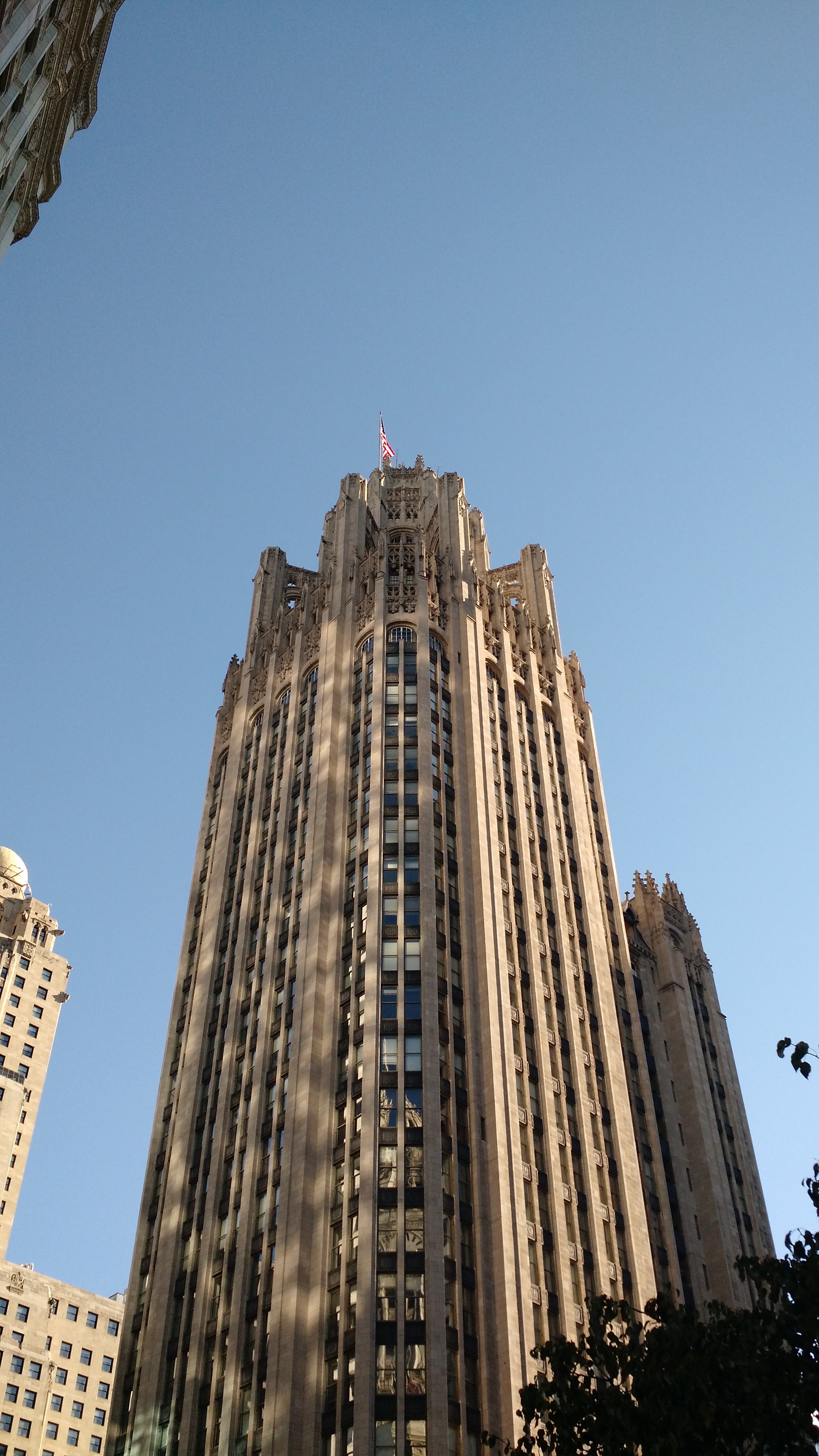 With the sale of Tribune Tower announced, nearly every local media organization took the chance to reflect on the building’s significance. WBEZ’s radio piece was particularly poignant, as people called in to reflect on their memories of the building, whether from working in or near it, visiting it in awe as children, or merely admiring it. One woman described standing in the lobby with hundreds of other people listening to live news of the Oklahoma City bombing, an inconceivably slow way to receive news in light of the immediacy and self-selected isolation creeping into civic life.

There is little doubt that such collective moments will no longer take place in the redeveloped Tribune Tower, which will likely host retail and some combination of high-end residences and hotel rooms. Yet, the strategies behind recent similar projects can give us a clue as to what the redevelopment could achieve in terms of urban activation, and what sorts of social interactions and communal experiences we can expect from the project.

In his column on the Tribune Tower sale, Blair Kamin made the case for preserving the historic interiors of Tribune Tower building (save the lobby, they are not landmarked). I wholeheartedly agree and long for more durable and meaningful historic preservation legislation from the city council, but I won’t hold my breath waiting. Fortunately, in the current development climate, the preservation of distinctive historic buildings is good business. There is clearly a demand for, and premium price placed on, amenities in historic interior spaces, a trend that is unlikely to change as public attention to and interest in design continues its upswing.

The Chicago Athletic Association (CAA) has managed to restore a beautiful building—both inside and out—while providing additional activation along Michigan Avenue’s emerging “Millennium Mile” and doing brisk business. The second-floor game room and library are frequently full of tourists admiring the intricate woodwork and students working on laptops in the library-like space. At CAA’s rooftop, access is more closely tied to commerce, yet it still offers the opportunity to look over Millennium Park for the low entry price of a drink. Further inside, of course, one can indulge their atavistic consumer tendencies to no end, but still the project offers something for everyone.

Recently opened London House accomplishes as much with a similar oeuvre of grand historic lobby, terrace and rooftop. It presents an even more enviable template for Tribune Tower’s redevelopment in its slender glass addition. The façade of which is deftly executed and highly contextual without being derivative, presents a striking and instructive study on how to weave old and new together.

Adaptive reuse of a historic structure inspires a particular kind of charged tension in public discourse. These buildings and spaces have become part of the identity of Chicago. Buildings and rooms become characters in our lives, and it can be particularly painful to see a favorite space altered or used in a purely commercial fashion. And yet, the opening up of a building like the CAA or Tribune Tower to the public, even with a nominal cost of entry, allows a much larger cross-section of people to experience these exquisite interior spaces. This is not an endorsement of unlimited commercial redevelopment of historic structures, but we should reflect on the accessibility of these experiences in light of the previous users of these spaces—pasty old white men of the most exclusive and moneyed classes.

For now, market forces strongly favor preservation. New construction is expensive, land in prime locations is scarce, and the historic buildings that have survived have done so due to their robust construction and durable aesthetic. The city has wide latitude in enforcing the Chicago Building Code in existing and historic structures; formalizing this for adaptive reuse would be a significant step forward. The city long had in place a system for granting bonuses and credits to developers for the inclusion of various building elements, a system now replaced by developer contributions to the Neighborhood Opportunity Fund. It is not hard to imagine that such incentives could be extended to adaptive reuse.

Formal landmark status, especially for interior spaces, is often resisted by building owners due to the restrictions it engenders on the functionality of the building, and even when achieved, is limited in scope. Extending bonuses to adaptive reuse (or tying the granting of code variances to the preservation of historic elements) could provide incentives for building owners to accept interior landmark status. Even better would be the creation of a new category of space that is less restrictive than—and in no way substituting for—landmark status, but is designed to address the need to preserve interior spaces while providing owners more latitude in adapting for modern uses and promoting programming that allows public access.

Barring calamity, buildings that have achieved exterior landmark status will outlive all of us. In that time there will be drastic changes to the way we live, work and play, and the functional needs of interior spaces will evolve in unknowable ways. We should construct mechanisms to ensure these changes occur in a way that synthesizes with the historic elements, ornament, and the transcendent spatial experiences present in these buildings.