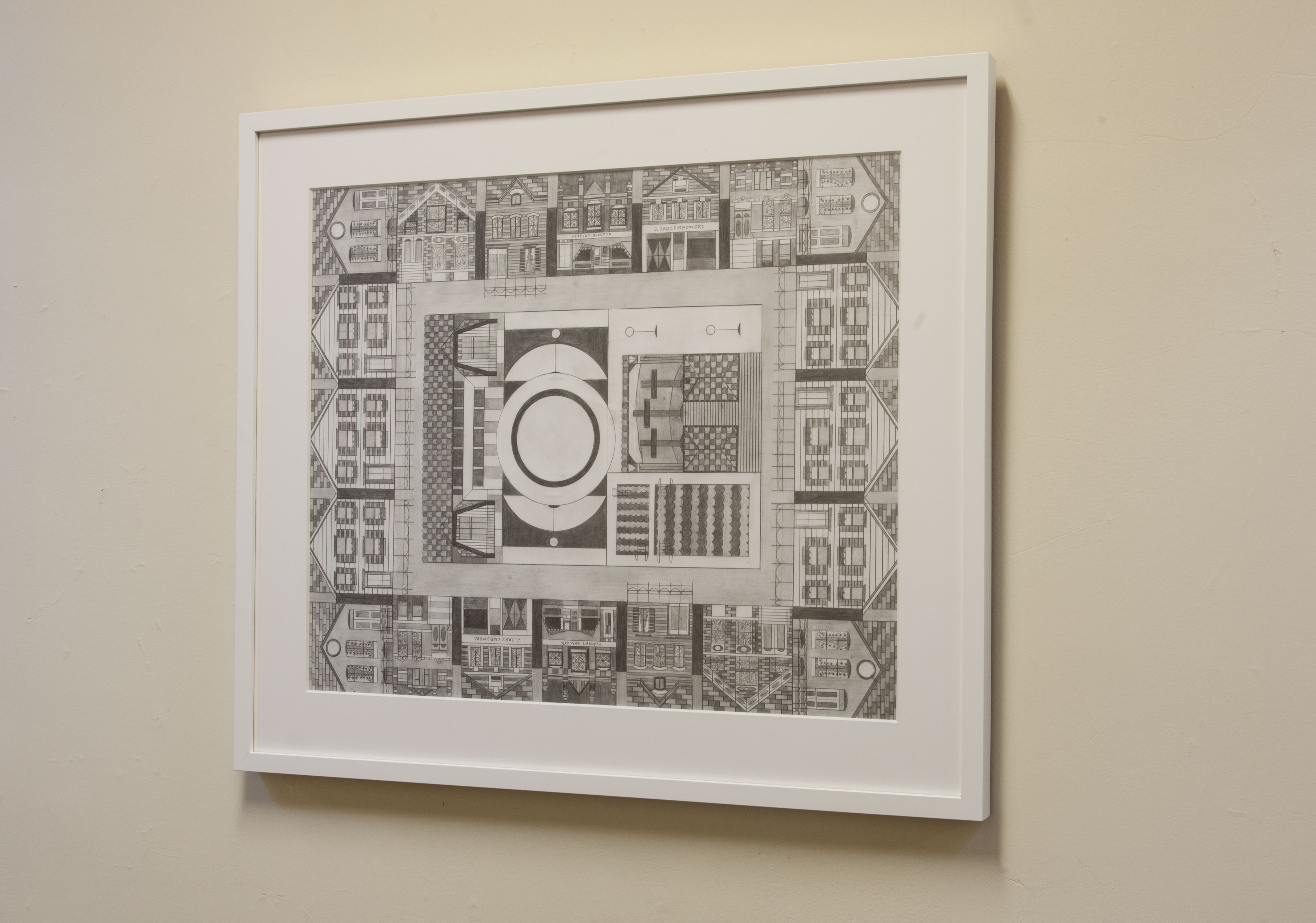 I have long felt that the buildings in Chicago’s parks are the great unappreciated gems among the city’s architectural treasure trove. While the most flamboyant of them are familiar—the Garfield Park and the Lincoln Park Conservatories, the Humboldt Park Boathouse, the South Shore Cultural Center, Café Brauer—nearly every large park in the city has an impressive fieldhouse built (most before 1930) to accommodate a wide range of park programming and functions, and most of them have survived in remarkably good condition.

So I was intrigued by “More Strange Than True,” a mixed-media exhibition at the Pulaski Park Fieldhouse, on display now through November 12. For the first project organized by FIELDWORK, a collaborative that describes its mission as “increasing cultural capital… by seek(ing) potentials already latent within the regions’ existing infrastructures, networks and spaces,” the curators chose the venue for this show because they, too, believe that Chicago fieldhouses don’t get enough love. As the curatorial essay suggests, the buildings are often “unnoticed, overlooked and unseen.”

It’s not for nothing that Chicago’s motto is “Urbs in horto”; the lakefront, the parks, the boulevards and increasingly the river truly make it a garden city, and “More Strange Than True” begins with the premise that the city’s parks and the structures within them are vital components of the urban fabric. And at the time they were conceived, in an era before the vast array of electronic media, they functioned not only as natural retreats within the street grid but also as public gathering places for recreation, cultural enrichment and entertainment.

“More Strange Than True” addresses the reality that today we take the parks, and the grand buildings within many of them, for granted. We may be aware of them, but we don’t appreciate them fully for their significance as cultural, architectural and landscape landmarks. The curators sought work from fourteen (mostly) local artists at various stages of their careers to respond to this issue in a “distanced, mental and imaginative way.” And although the works are mostly site-specific, they discouraged the artists from visiting the park or the gallery space at the fieldhouse before creating them.

The show is housed primarily in a balcony corridor space that overlooks the fieldhouse’s assembly hall. Appropriately, it was probably designated as “Gallery” on the original plans for the building, but it had long been unused for park district programs.

Some of the work in the show is a little opaque, relatively indecipherable without a text—or one of the curators—to explain it. The most successful pieces are those whose relation to the challenge presented by the curators is more easily absorbed.

“The Ambiguity of Play [Place],” by recent School of the Art Institute MFA graduates Michael Rado and Fran Lightbound, is essentially a vinyl hopscotch court affixed to the floor of the gallery space. It is wonderfully subversive. While a traditional hopscotch court is purposefully ephemeral, drawn in chalk on the sidewalk, this one is rendered in a durable material, located indoors and doesn’t have any of the usual scoring numbers drawn in the blocks. As produced, it’s an abstract floor piece, a renegade rendition of a Carl Andre bronze. 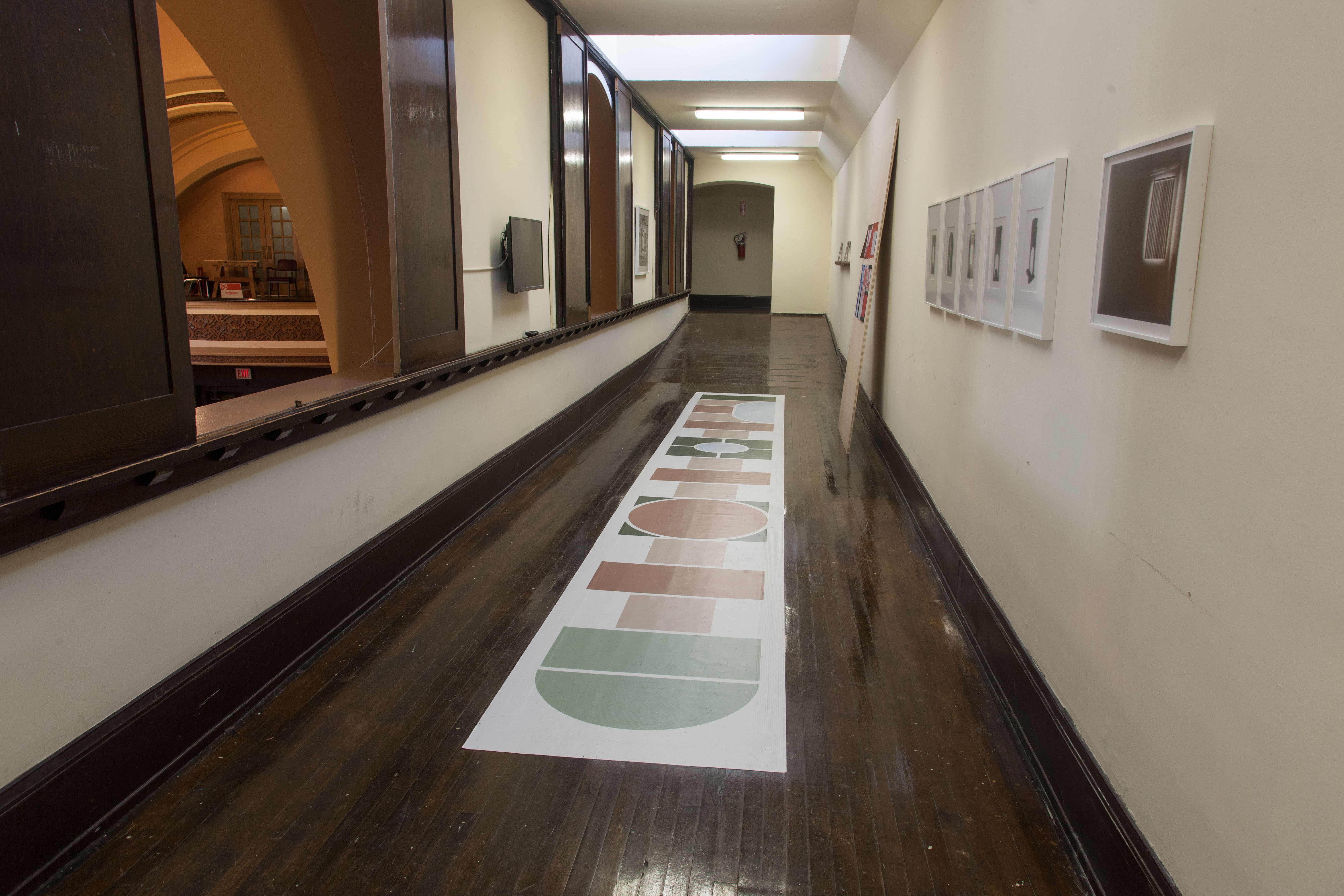 Dana Levy’s bio indicates she was born in Tel Aviv, educated in the UK and now lives and works in New York, so it’s unclear whether she has ever even been to Chicago, to say nothing of Pulaski Park. Yet her video “Half a World Away,” two and a half minutes of windswept mountainous terrain that is so clearly not Chicago it might as well be the moon, cleverly responds to the need for appreciating nature in an urban setting. A wilderness landscape half a world away from the density of the urban center was precisely the ideal that the urban planners and civic leaders had in mind when they built the city’s parks.

Ann Toebbe is an accomplished painter whose room portraits are smartly detailed and meticulously executed. She takes three-dimensional spaces and flattens them out so that the four walls of a room and the floor are splayed out and collapsed to make a one-dimensional image that documents the space and all its contents. Here, with “Pulaski Pool,” she imagined Pulaski Park itself, and prominently, its public swimming pool, together with its surrounding blocks circa 1915, when the park was established. The “walls” of the “room” she created are the two- and three-story commercial and residential buildings occupied by the newly arrived Eastern Europeans who populated the neighborhood at the time.

All of which makes for a satisfying trip to Pulaski Park. While many arts organizations frame their objectives broadly enough to accommodate any kind of artistic expression, FIELDWORK’s initial production seems to hit its mark spot on. “More Strange Than True” is most compelling in how it embraces and draws attention to its site, and by extension the entire Chicago Park District system, both physically and conceptually.

At 3 pm on Saturday, October 8, the FIELDWORK group is holding a special event at Pulaski Park. “Therapy Session” will feature three of the artists whose work is in the show, in discussion with moderator Scott Hunter, professor of psychiatry and pediatrics at the University of Chicago. The artists will discuss making site-specific art for a site they’ve never seen. Ionit Behar, one of the curators, explains that they’ll “pretend they’re in a therapy session and talk about how they think about space;  how they materialize something they haven’t experienced.” Learn more about the event here.