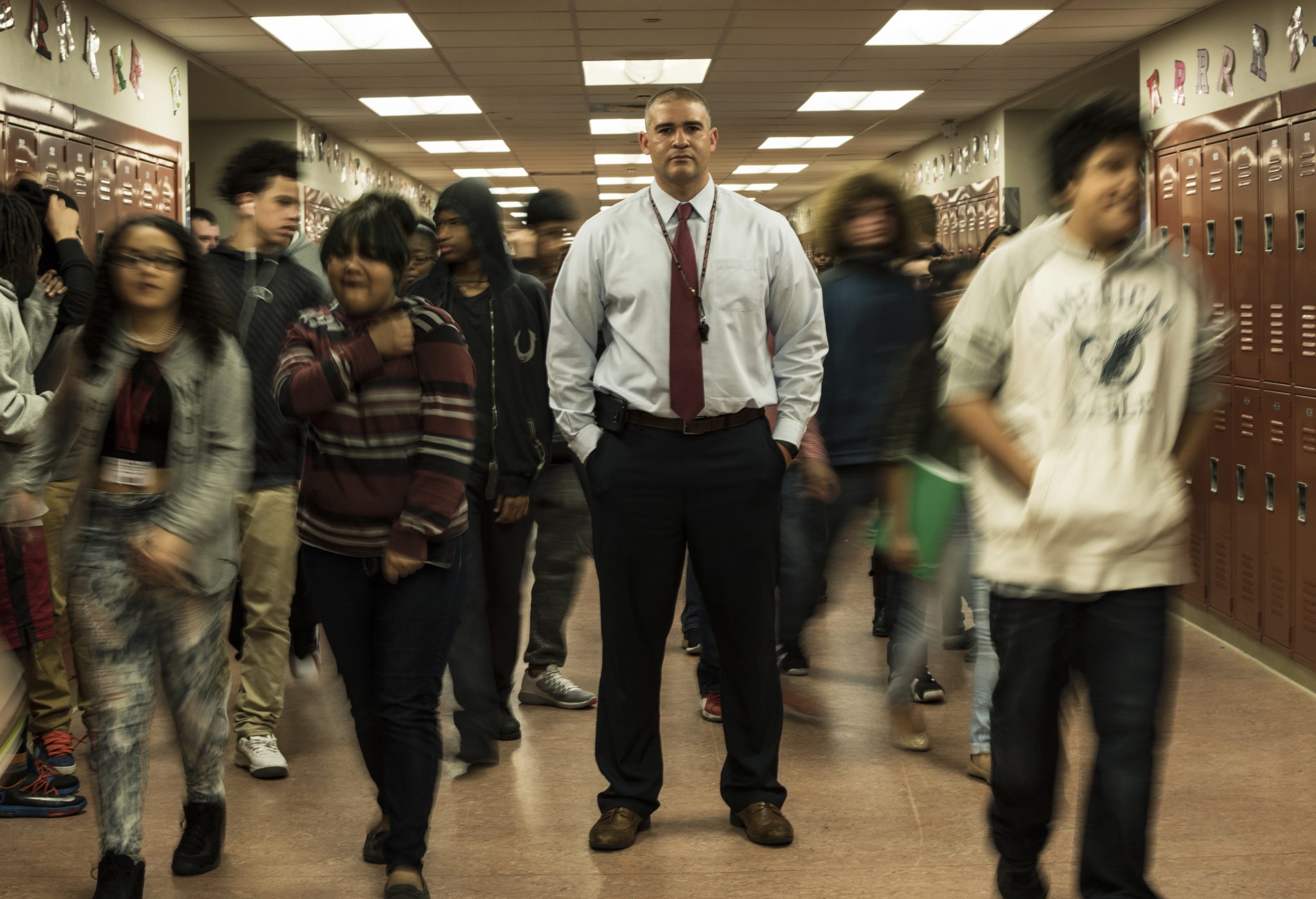 Alex Brown, public high school principal, is photographed in his home and at the Reading Intermediate High School in Reading, PA/Photo: Lynsey Addario for Project&

Studs Terkel was the city’s—and maybe the nation’s—greatest oral historian. He firmly believed everybody had an interesting story to tell, and it’s those stories that make up the bulk of his own work and legacy. His classic “Working: People Talk About What They Do All Day and How They Feel About What They Do” (1974) provided the inspiration for the exhibition “Working In America” at the Harold Washington Library Center, which examines some of the same issues that Terkel’s book covered, forty years later.

Terkel’s work collected the first person accounts of close to 150 working Americans, and managed to offer remarkably comprehensive first-person insights from a cross-section of the country’s labor force, creating an intriguing portrait of the country’s overall employment scene.

The “Working In America” project is far more limited in range—it includes profiles of only twenty-four people—so it’s hard to think of the workers profiled as representing the nation’s people as a whole. But every one of them has a story.

In her roles at various institutional and corporate settings, curator Jane Saks has become a fixture on Chicago’s cultural landscape, with acumen for assembling collaborations uniting singular artistic and intellectual talents. This exhibition typifies what she can do: Lynsey Addario, a Pulitzer Prize-winning MacArthur Fellow, shot all the photographs, and Chicago architect Jeanne Gang—also a MacArthur Fellow—and her Studio Gang staff devised the installation. As a result, the visual aspects of the exhibit are quite impressive.

The installation is particularly rich in both concept and execution. Because the eventual intention is for the show to travel to other cities, the designers created freestanding display panels that, with hinges, hasps and locks, transform into packing crates for shipping to the next location. Their hand-wrought, utilitarian aesthetic—they’re made of unfinished pine—reflect an unadorned simplicity and a very American innovative spirit. 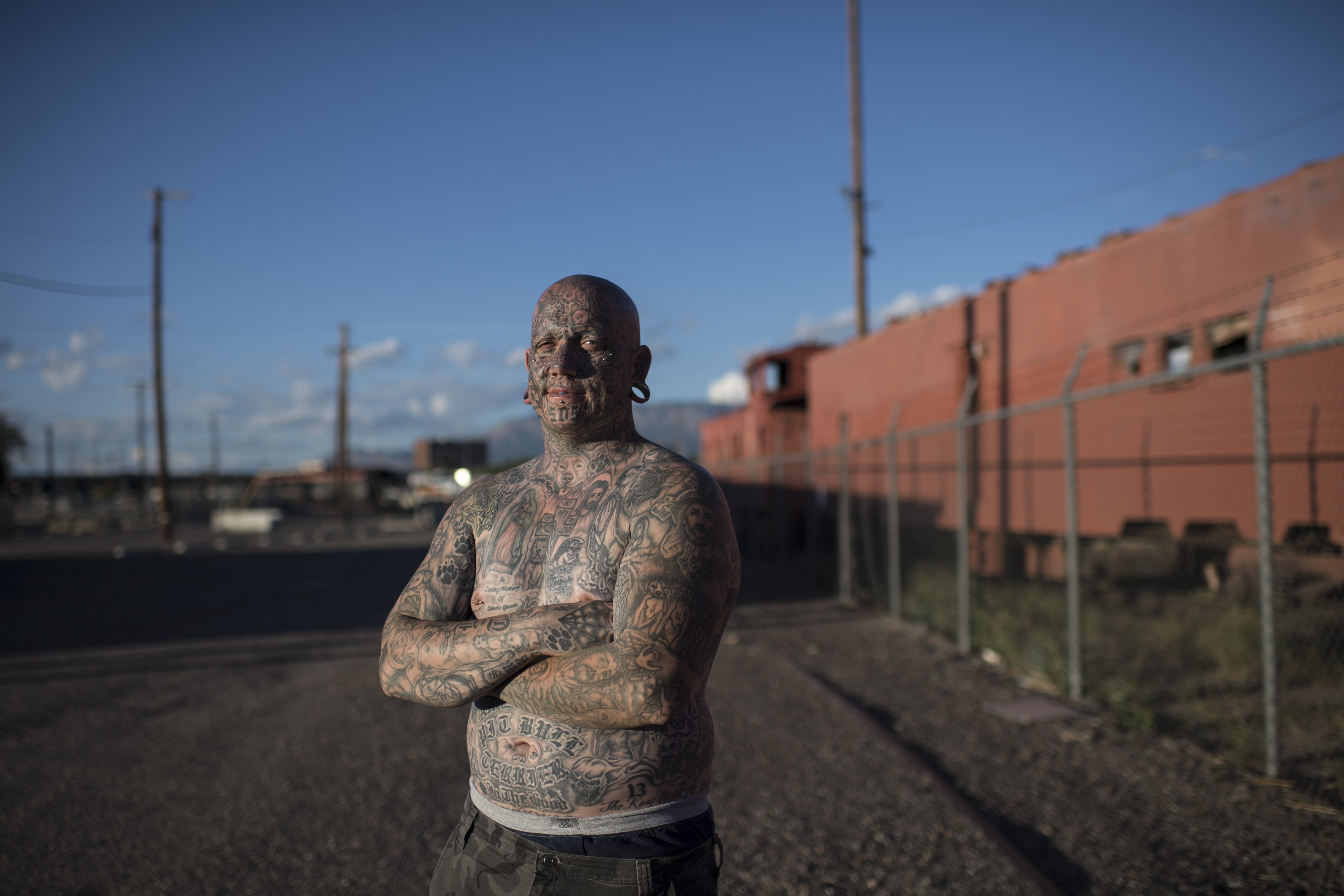 Saks expressed some anxiety that any focus on the installation would detract from attention on the content, but she had little reason to worry. Addario’s photos—uniformly powerful, sensitive and evocative—have to respond to a difficult challenge, creating an entire narrative in just two images, because there is no text to the exhibits themselves other than a caption indicating the name, job title and location of the worker. The printed brochure accompanying the exhibition and its website (working.org) feature short descriptive essays about each subject. But the pictures are meant to be the real story; Saks says she didn’t want text to get in the way of viewers creating their own narrative for each worker profiled.

Among the workers, it’s misleading to single out any of them as representative: They’re all compelling. But fans of the original Terkel book will be edified to find one of its subjects, auto worker turned union rep Gary Bryner, alive and well in Ann Arbor. The pictures of James, an electrician and tattoo artist whose body is ninety-five percent covered in his own art, are mesmerizing; those of Lucia McBath, whose son’s shooting death transformed her into an anti-violence advocate, are haunting. And locals will enjoy seeing Chicago artist Riva Lehrer lounging on a couch in her apartment and at work with a model in her studio.

The project is very much a product of the twenty-first century in its multimedia, multi-platform extensions. On the website, the feature “Your Working Story” provides an opportunity for anyone to augment the exhibition by uploading an image of themselves and text that describes their own work and what working means to them. Saks has also collaborated with Joe Richman of NPR’s Radio Diaries to produce a series of audio pieces to run during “All Things Considered” which incorporate segments of the original interviews Studs Terkel conducted for his book in the 1970s.

Jane Saks produced “Working in America” under the auspices of Project&, an organization she started with the purpose of fostering conversation at the intersection of art, culture, policy and social change. In its provocative presentation, the show provides a fine place to start a conversation about work. You’ve got to imagine it would make Studs Terkel, a guy who really loved conversation, happy.

“Working in America” is on display through January 30, 2017 at the Harold Washington Library Center, 3rd Floor North.