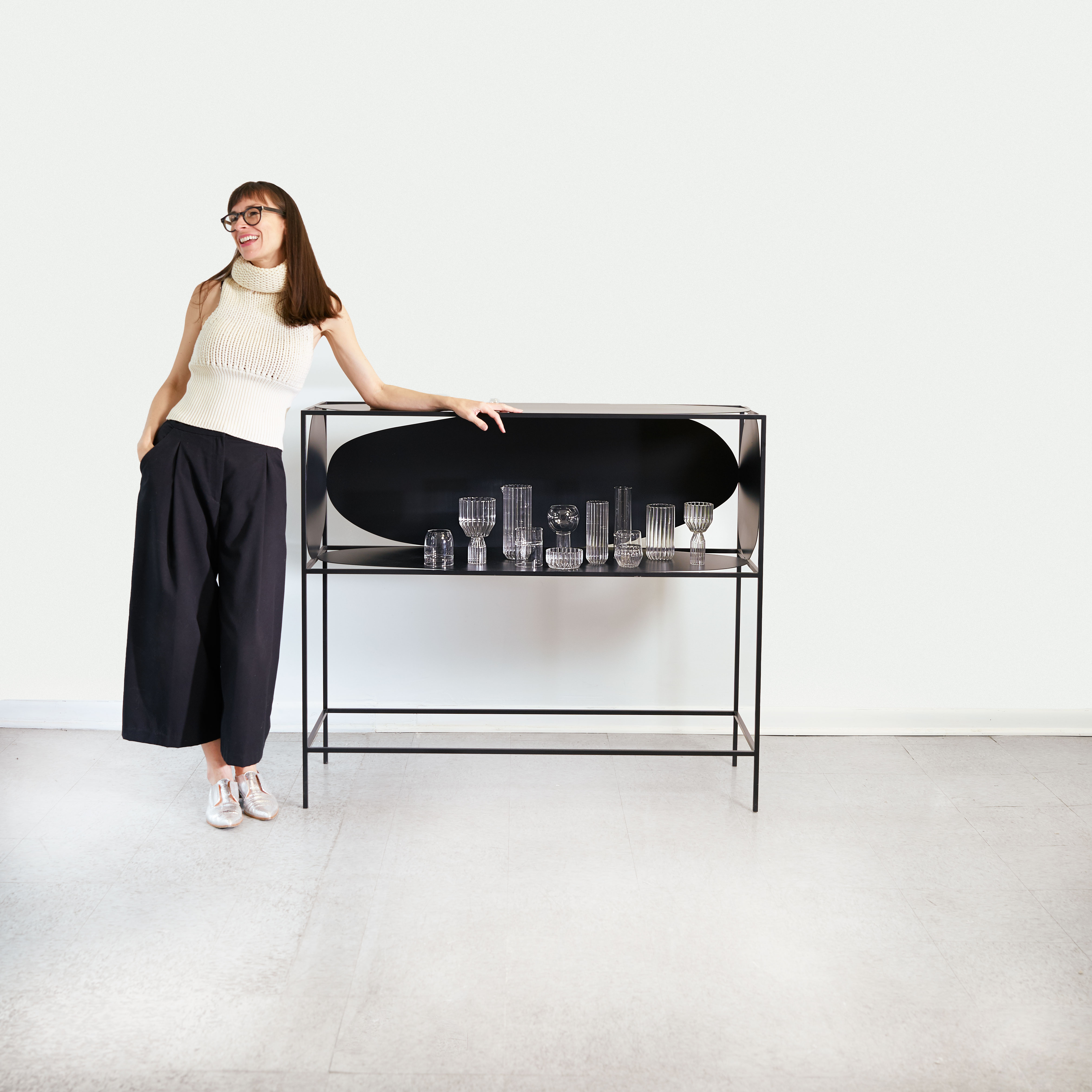 What does this object say about your practice?
The Ahn Bar is part of a series exploring ideas about surface and tension through positive/negative and geometric/organic. Each of my pieces, be it furniture or objects, are designed to inspire and delight through the unexpected elements each explore.

Lead us through your process.
Most all of my work starts by examining our expectations and assumptions we have of what a piece of furniture or object is and how it works. I explore what those assumptions are and then try to work against them to create the unexpected.
Do you start with trying to answer a specific problem or simply work off of a creative impulse?
Usually the idea comes first and then it’s about finding the right materials to further express and communicate the idea behind the piece.

Is materiality a foremost concern or do you first conceive of the idea and then marry its form to material?
I work through many iterations. They are critical to the formal development in the quest of a visual and functional perfection.

How much iteration precedes the final result? Are you ever satisfied by the outcome?
I am usually satisfied by the outcome which is perhaps not typical. Almost the opposite is true for me: Given the amount of iterations and prototyping done as part of the formal development, at times I feel a bit of disappointment once I see the real piece because it looks “just like the prototype.” This is actually a good thing of course in that there aren’t many bad surprises.

How do you gauge the success of a project?
I gauge the success by the desirability it has even though it isn’t always immediate. Often it takes a few years for my pieces to catch on. I seem to be working about two years ahead of the curve.

Felicia Ferrone is the principal and founder of fferronedesign, and the Director of Graduate Studies in Industrial Design and a Clinical Assistant Professor at the University of Illinois at Chicago (UIC).