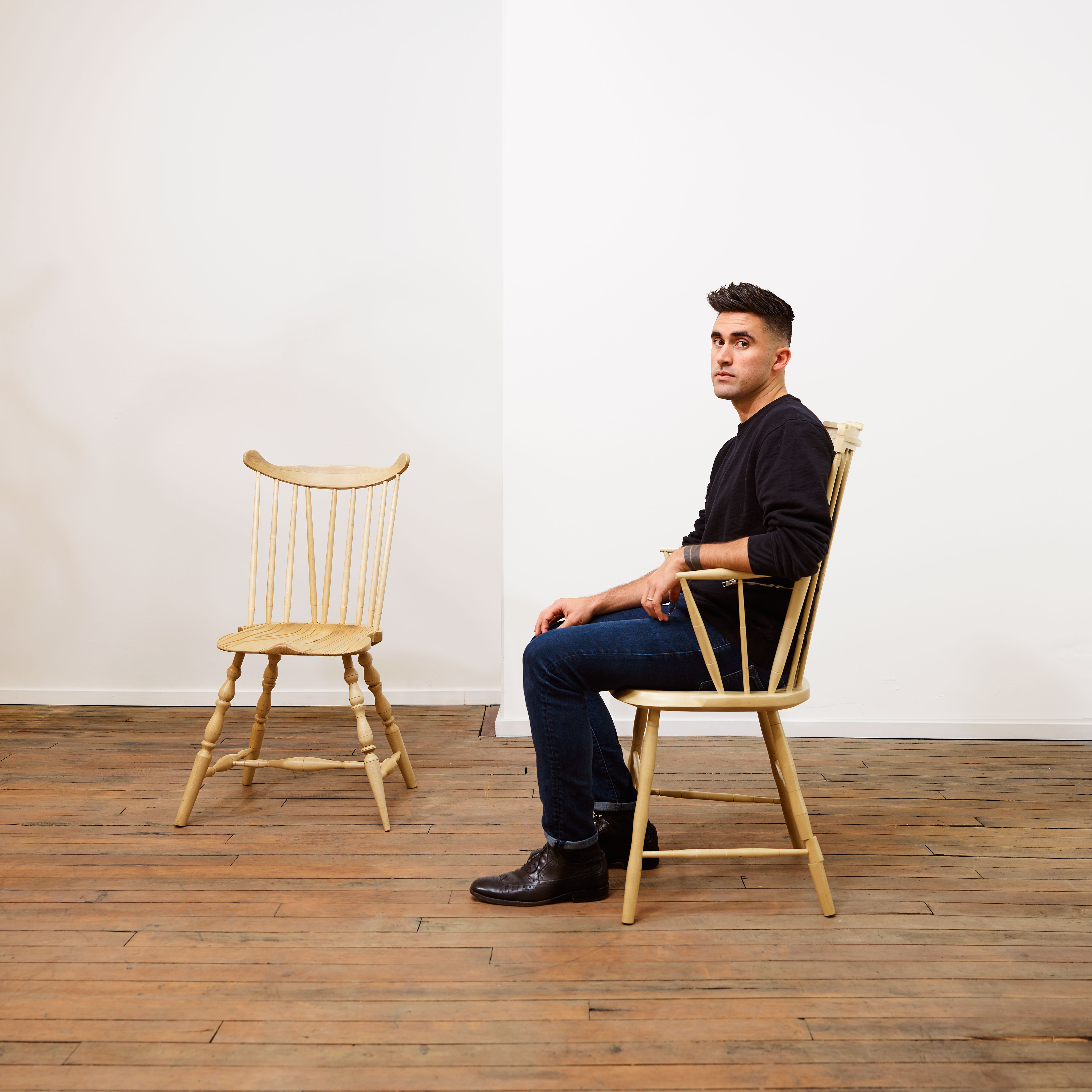 What does this object say about your practice?
In addition to having a sense of humor, we hope “Wrong Chairs” showcases our disinterest with invention. In the case of this collection, we aimed to reveal latent value in forgettable objects. More specifically, and relevant to our design research at the time, this meant looking closely at the cultural implications of “error” as a means and a medium for creating new audiences. Error tends to make you uncomfortable, like a snaggletoothed smile, and we found that to be a compelling way to introduce ourselves. It is not that we are interested in what a scaled-up version of a “wrong chair” may look like if it were considered a building, but rather, what it means to ask of objects and images of objects to behave differently from what history has conditioned us, or an audience, to expect.

Do you start with trying to answer a specific problem or simply work off of a creative impulse?
Each project is a balancing act. We are two voices with two peculiar ways of looking at the world. At times, our ways of looking overlap. At other times, our work emanates from a difference of opinion. Our best work tends to reveal a conflict between the two of us; a conflict in which we are at odds and in favor of each other’s creativity.

Is materiality a foremost concern or do you first conceive of the idea and then marry its form to material?
Our work is less material focused and instead, more focused on material through varied forms of representation. We often consider material through line work. Like coloring books, line drawings tend to be open to interpretation.

How much iteration precedes the final result?
Iteration is important, but not a refined technique or process. In our case, we look to iteration more casually, like the passing of a secret note in class. Iteration gives way to collective meaning and for us; that means a shared responsibility over the final result.

Are you ever satisfied by the outcome?
Yes and no. We believe each work to be part of a larger project, or long-term ambition. That aim is constantly being evaluated by a range of more specific terms. The term “satisfaction” feels like a low bar to try and hit. We try to avoid being satisfied.

How do you gauge the success of a project?
The quicker it is for us to explain a work to an audience, the more successful the work becomes. Afterwards, we like for the work to come on slow in a deadpan sort of way. We are constantly struggling to define the economies of reception, acceptance and acknowledgment. So, we are fulfilled the moment a work escapes our eyes and engages an audience’s gaze for more than a second. Longer is better, but a second or two is enough for now.