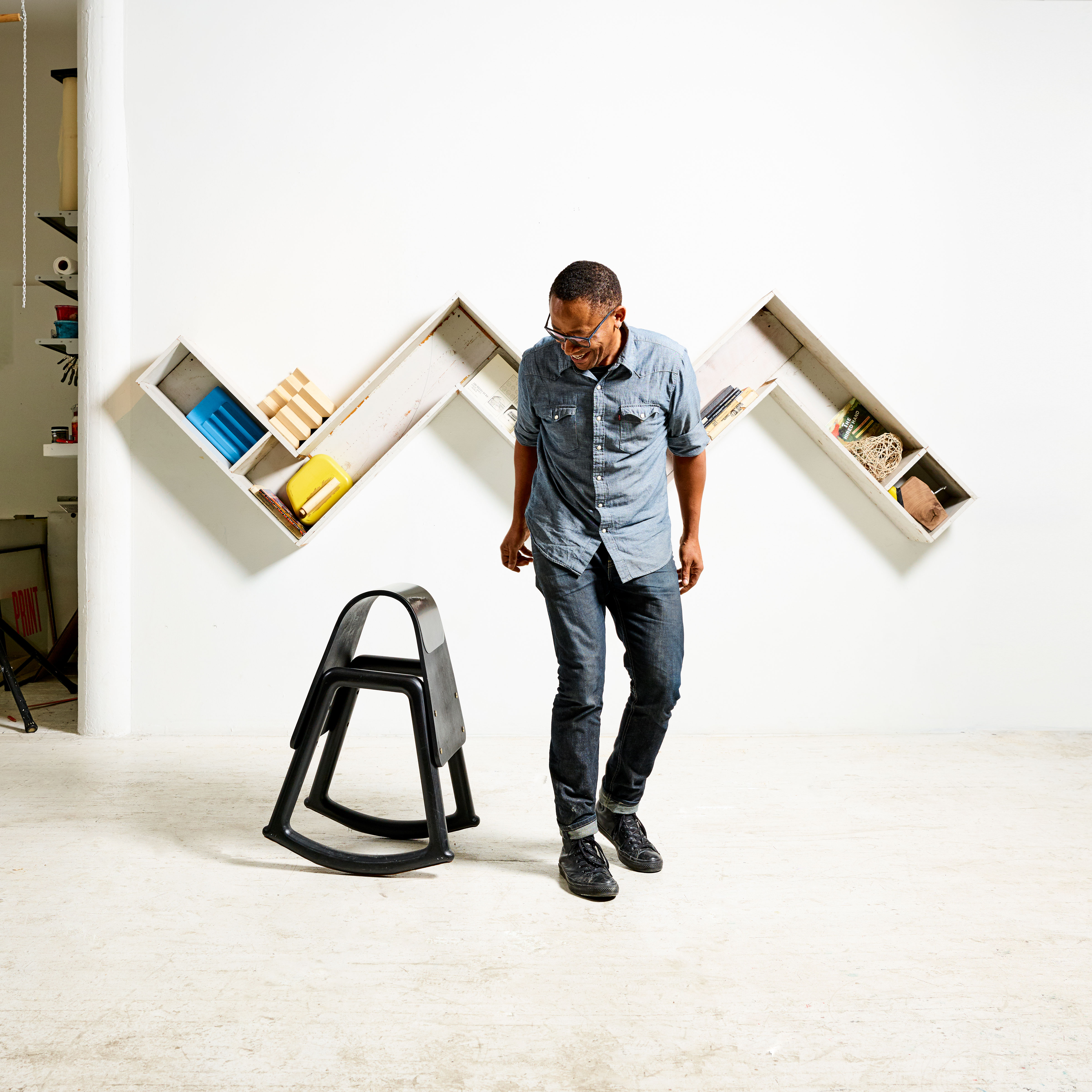 What does this object say about your practice?
The Sinmi stool is my selection because of its pure originality in taking the American rocking chair, elevating it to a stool height and the caution that viewers take when approaching it. This caution comes more from adults than from the younger participants. Its stance carries curiosity, its movement lures the viewers to investigate and the opening question is normally, “Am I doing this right?”

Lead us through your process. Do you start with trying to answer a specific problem or simply work off of a creative impulse?
In 2014, I took a class at The School of the Art Institute of Chicago titled “The Milan Industry Projects.” The course was a yearlong studio that taught students product development from concept to production. That yearlong class asked us to design for the concept “holes,” and my chosen topic within holes was vents. I sketched and made models on a weekly basis hoping that my research and ideas would be accepted. My twisted fantasies didn’t make the cut, or at least my teachers were not feeling it. Taking the metaphoric meaning of vent, my subject led me to focus on ways of preventing one from getting to a point of venting.

How much iteration precedes the final result?
Over the 2014 winter break it hit me—I should make a seat that allows folks to sit but not fully—just enough to take a load off or perch. I did several sketches and once accepted, I was prepared to make prototypes. The first iteration had a tip from side to side, and then an angle at the base was softened to the point of a slight rocker and eventually opened completely to a continuous arc. This allowed the rock to become smoother and the addition of small stoppers was added to keep the stool from tipping. After a few prototypes and a small batch of fabricated Sinmi stools that allowed me to work with bent wood and Baltic birch plywood, I felt prepared to present this animated rocker to the design world at Salone Del Mobile Milano 2015. Later that spring, Sinmi (Sinmi means “relax” in Yoruba) was announced in Metropolis magazine to be “Best in Show 2015.”

Are you ever satisfied by the outcome?
Real world projects differ from job to job based on the need of the client. I occasionally have clients that approach me and say: “I have a need or desire for a dining table and I appreciate your aesthetic… here’s some money… make me a table.” Best thing ever—I love when that happens! Then you have other times when the clients come to you with a small budget, and short amount of time to get it done. Normally I accept the challenge and deliver the best their money can buy.

How do you gauge the success of a project?
I enjoy the complexity and subtleties from one client to the next; it’s part of the practice. As of recent I’ve allowed narratives to drive my work realizing that my story is one of importance, as well that there are others that find it relative to their personal story. Intuitively making objects that relate to my life and add to designs in black history is by far the most gratifying part of my practice.

Norman Teague is a designer and educator whose work looks at different ways of representing the complexities of urbanism. He is the lead craftsman/designer for the University of Chicago-Washington Park Arts Incubator.