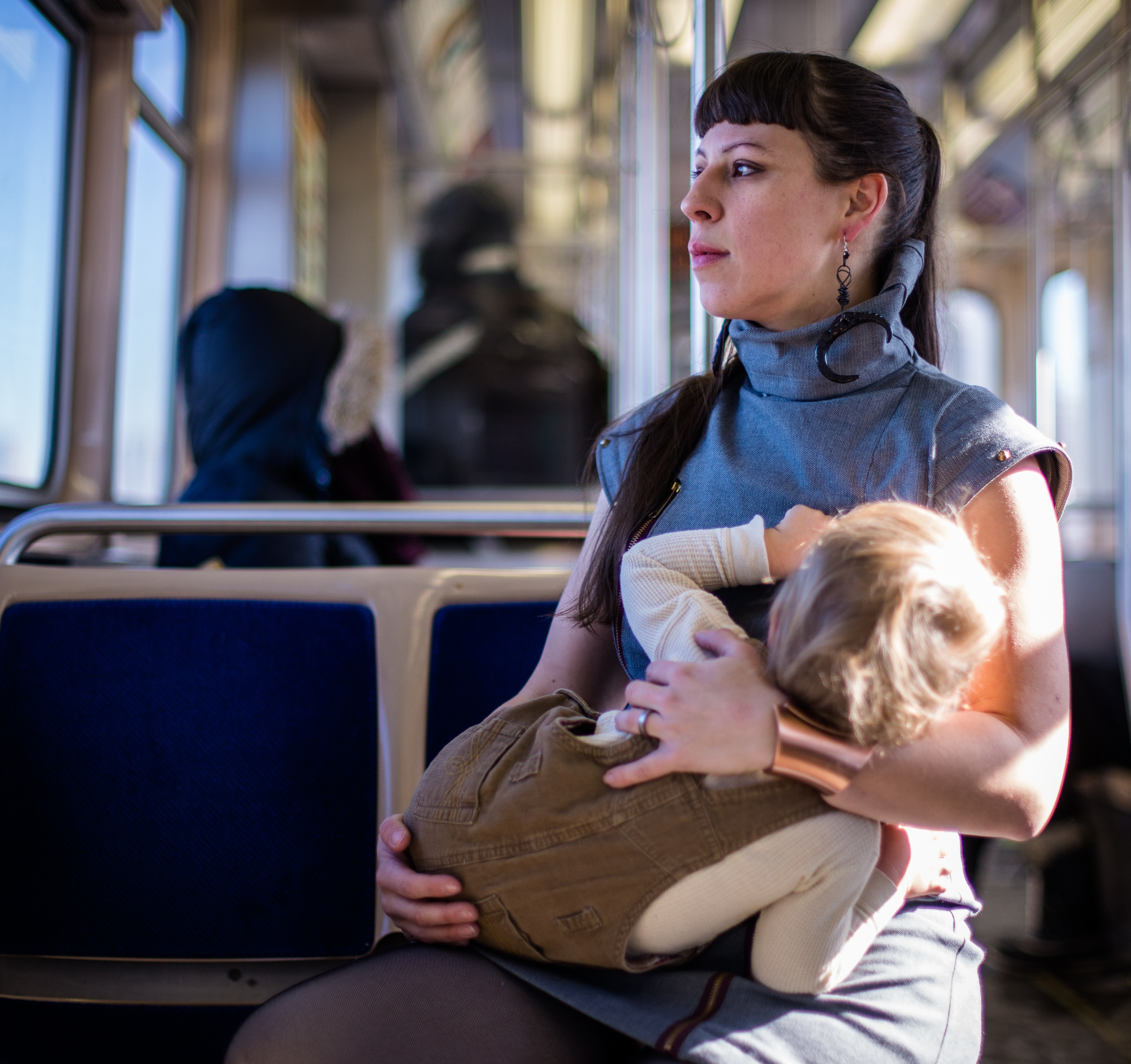 Andrea Newberry is a fashion designer, mother of two and an entrepreneur. Some would describe Andrea as a “momtrepreneur,” yet she struggles to fully adopt that term as part of her identity. It was this same sense of struggle that inspired her to start Leche Libre, a Chicago-based fashion brand that focuses on creating empowering and stylish apparel for breastfeeding moms. We spoke with Andrea about the inspiration behind Leche Libre, her role as an entrepreneur and some of the struggles and lessons she has learned along the way.

Leche Libre is a relatively new enterprise founded in 2012. What inspired you to start the brand?
When I became a mom in 2010, I just could not find clothing that fit my style. It was hard finding options to easily breastfeed in. I was also dealing with postpartum depression that left me feeling like I was losing myself as a person. I had been recently laid off from my job and I started thinking about starting my own thing.  I wanted to find a solution to the lack of stylish clothing options for women who are breastfeeding and I wanted to challenge this sense of loss of identity and feeling disempowered.

You mention this sense of feeling disempowered and lost when you became a mom. What do you believe informed that sense of disempowerment and in what ways did starting Leche Libre challenge those ideas?
There is this undercurrent that once you become a mom you are no longer viable anymore—it is unusual to think about motherhood as something cool. When thinking about new moms the first thing that may come to your mind are huge strollers, women carrying a baby and a million bags at the same time and it can be overwhelming. The idea of how women “should” look is interesting because women are culturally taught that we need to look a certain way and be attractive for men. The media constantly tells us that looks are very important and we are objectified and bombarded by oppressive beliefs that we internalize which often make women feel disempowered. When you become a mom, you can easily become a target of shame when breastfeeding. My mission with Leche Libre is to create a high-quality brand and product that can challenge those ideas using the transformative power of fashion and help women feel powerful.

The name “Leche Libre” echoes this idea of empowering women. How did you come to select the title?
“Leche Libre” literally translates as “free milk” and I felt it was a clever word play on the traditional Mexican wrestling sport of lucha libre. The name fits the brand perfectly for it reflects the many layers that women have been socially and culturally ascribed to and communicates the power and vision of a subversive, liberated identity. 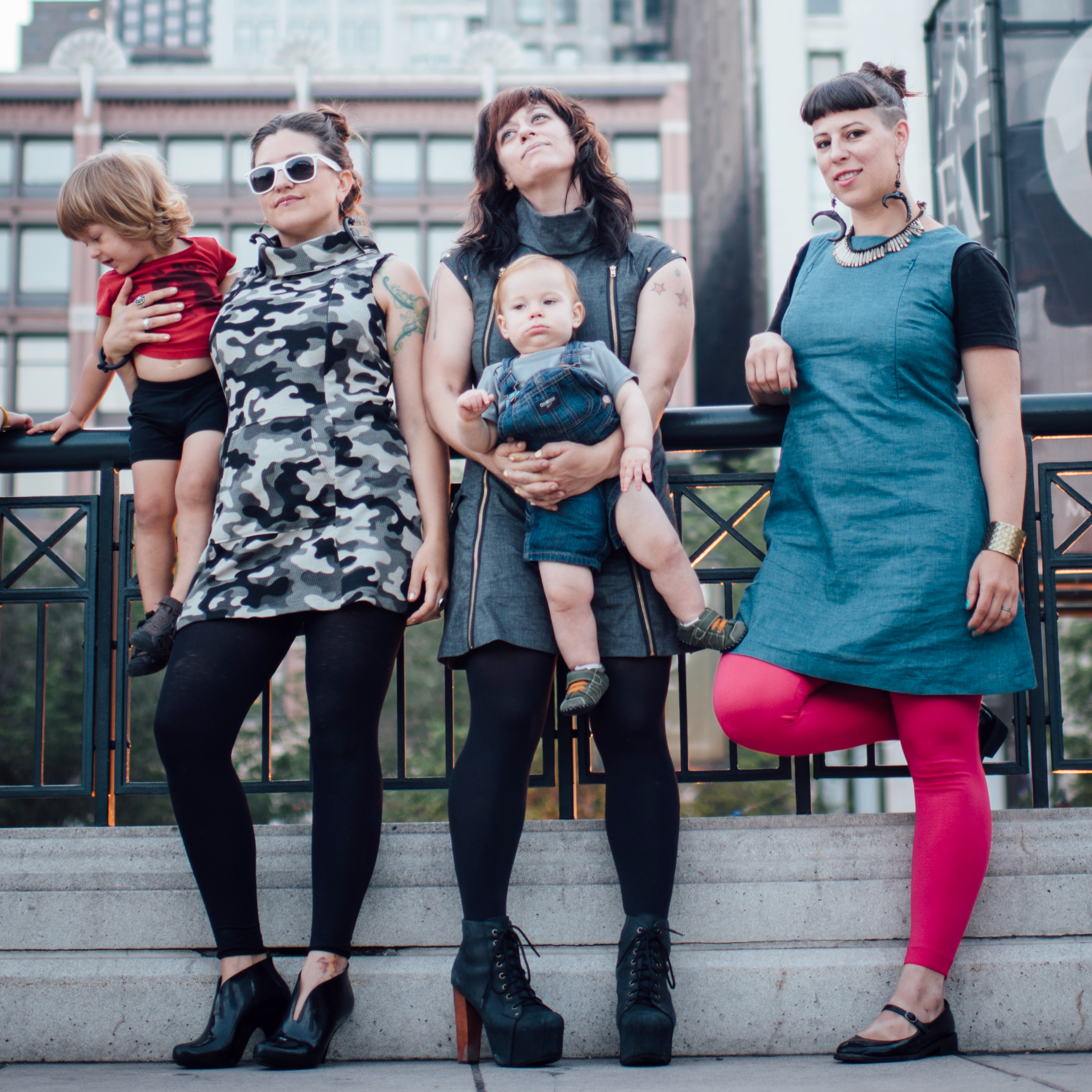 What were some of the initial challenges you experienced when launching Leche Libre?
One of the things I had to deal with was getting familiar with running my own business and teaching myself how to do it. I do not have a fashion background, but I was getting so many positive comments and feedback about my beta-testing breastfeeding garments that I just kept going. Women are often taught not to be too loud or to take a lot of space, but I am a hard-edged, loud person and the kind of fabrics and colors that I kept coming across for breastfeeding clothing were made using soft colors, textures and patterns. That is simply not who I am, which is why I set out to do designs that look more like breastfeeding armor with an edgy and powerful look.

Would you define yourself as a feminist fashion designer?
Yes, but I didn’t always feel that way.  When I was growing up feminism was not the most positive word out there. I feel that as I grew up and understood the value and the positive ways in which feminism has allowed for so many important and needed conversations to take place my attitude toward feminism changed. Anytime women go against oppressive norms it is seen as subversive and I want to go against these negative ideas that put so much shame on women. Breastfeeding moms are told to cover up, to go to another room, etc., but I choose to celebrate our power to give birth and to breastfeed.

Where do you gather inspiration for your collections?
I tend to gravitate toward street wear and skate brands like Staple Pigeon that inform a lot of the work that I do. I love the way in which urban culture represents a hip lifestyle of rebellious freedom and how skateboarding brands present themselves.

What are some of the materials you are currently working with?
Initially I was using an organic hemp/cotton blend with recycled poly, a high-quality material that unfortunately would have raised Leche Libre’s prices too much. It is always something I have to navigate when thinking about my brand, to make it accessible and functional for others. Currently I am working with a variety of materials including remnants from manufacturers in Milwaukee and sourcing American-made zippers.

What advice do you have for those who are interested in starting their own business?
Get really comfortable with being uncomfortable. You have to embrace discomfort and fear because happiness comes through growth and you can’t grow if you are not uncomfortable. Understand and value your strengths and what it is you are bringing to the world and in the power you have to bring that to life.