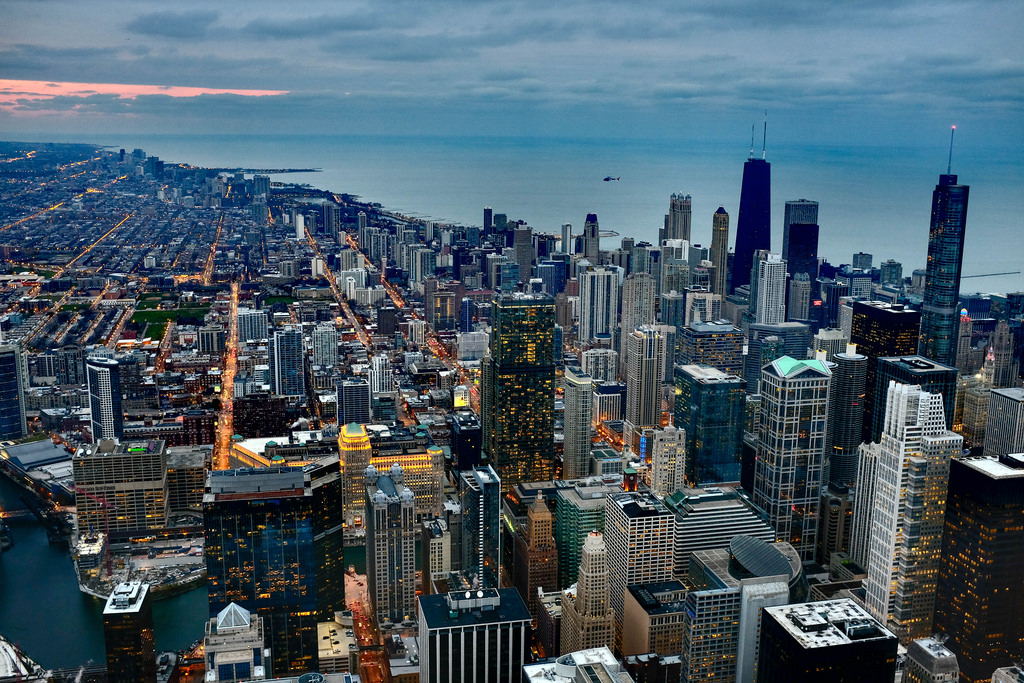 In the most recent episode of Newcity’s design, architecture and urbanism podcast, “A Lot You Got to Holler,” recorded only days after the election, my co-host Zach Mortice and I sat down with policy maven Daniel Kay Hertz to discuss, among other things, what the incoming Trump administration could mean for big cities like Chicago. Given the scant details available at the time, we could only speculate about what his plans might be: calls for a tax-neutral (read: privatized) infrastructure bill; the potential appointments for secretary of Department of Housing and Urban Development (HUD); how a complete lack of financial support for Chicago would actually play out if Trump keeps his campaign promise to withhold all federal funding for sanctuary cities; and how the language Trump used throughout his campaign to describe cities, particularly Chicago, as places of insipid pathology and failure would translate into a governing agenda.

Four weeks after we recorded the episode, and as you read this, just four weeks before Trump takes the oath of office, we still have very little in regards to specifics to evaluate Trump’s urban policy. Trump’s cabinet appointments to date (the appointment of Ben Carson as secretary of HUD is so cynical it’s criminal, though the taint of criminality seems to be tantamount to a qualifier for the coming administration) and the fact that the President-elect’s language hasn’t softened since winning the election indicates that cities, where the vast majority of the country’s economic production and wealth is generated, and which for the most part voted against Trump in the election, will be caught in a peculiar position come January 20, 2017.

For all of the ways that the incoming administration feels—and is—unprecedented, this defensive position for cities isn’t necessarily new. Ford famously told New York at the height of its doldrums to “drop dead.” Reagan’s shining city on a hill was marred by the mirage of urban welfare queens. George W. Bush severely gutted certain HUD programs intended to spur development and stabilize urban neighborhoods, such as Community Block Development Grants. In this sense, the Trump administration doesn’t seem to stray too far from previous Republican administrations. What’s new though is not only that Trump’s inflammatory rhetoric threatens the civic fabric, but the degree of how badly his notion of cities doesn’t comport with reality. (Add the fact that Trump is one of our most urban presidents and it simply compounds the absurdity of his outdated idea of “the inner city.” As Kay Hertz said during our podcast, “He’s single-handedly brought back the term” inner-city as an epithet.)

The more accurate and nuanced view of American cities has to account for their immense success amidst an age of rejuvenation and renewal, coupled with the very real problems wrought by this investment and growth. For Chicago, long bandied about (thanks Mailer) as “the most American of cities,” this has meant an acceleration of the bifurcating forces that have established a widening economic and cultural chasm that seemingly inspired many a Trump voter. The city is split in two: one, a shining glass-sheathed behemoth that pulls the city as a whole into the ranks of Global City player as knighted by The Economist to The Atlantic’s CityLab to Brookings. The other city, what prompted urban planner and writer Pete Saunders to call Chicago, “one-third San Francisco, two-thirds Detroit,” is where the legacy costs of servicing its de-industrialized neighborhoods persist and the sustained pernicious disinvestment in minority neighborhoods is accompanied by plaguing violence.

An honest reading of the American city would not only acknowledge its current state of simultaneously managing life and death—as opposed to the Jacobsian “death and life”— but also realistically embrace the fact that American cities are overwhelming contributors to the national GDP. According to 2015 data culled from the US Bureau of Economic Analysis, the top twenty metropolitan areas contributed fifty-two percent of America’s GDP last year. The New York metropolitan area, which Trump seems oddly isolated from, ensconced as he is in the McMansion that is Trump Tower, contributed $1.5 trillion of the country’s economic productivity, or roughly ten percent. The Chicago metro contributed $611 billion to America’s GDP.

Is it really that far-fetched to assume that if Trump’s unreality toward the wealth and contribution of American cities and its citizens continues, it could lead to an acceleration of the devolution between the political ties that bind cities and their metro areas to the larger political bodies in which they sit? Already, in the weeks since Trump’s election, Chicago, Los Angeles, New York, San Francisco, Washington, D.C. and numerous other cities have reaffirmed their status as sanctuary cities. Thirty-seven mayors signed an open letter to Trump demanding he acknowledge climate change and abide by the agreement set forth by last year’s Paris climate accord, and many of the cities already have internal plans they intend to follow through with should Trump continue to play the fool. In a recent analysis done for The New York Times by the writer Steven Johnson, he found that Republican-leaning states are overwhelming beneficiaries of both overrepresentation and federal financial support, largely enabled by the contributions of cities like Chicago. “If anyone should be declaring themselves the heirs to the Boston patriots who rebelled against the unjust taxation of King George,” Johnson writes, “it’s the big city blue state citizens who are funding a system that by law undercounts their votes.”

Without salient urban policies set forth by Trump, all prognostication is speculative right now, though whatever comes forth is almost certain to be both ad hoc and adversarial toward cities like Chicago. If any silver linings can be gleaned on the horizon though, it’s that the anachronism of the nation-state has been laid bare by the entire Trump phenomenon. While economists like Edward Glaeser have been making the conservative case for urbanism for years, it doesn’t seem too out of bounds that Chicago could become part of a re-emergent Hanseatic League that Richard Longworth, former Tribune columnist and distinguished fellow at the Chicago Council of Global Affairs, has theorized might take center stage as cities become the main foreign actors in international politics.

“Chicago has a power and finance structure that allows a quasi city-state to exist, so the city can further set examples for independent governance, financing and exceptional built environment innovations,” says architect Katherine Darnstadt of Latent Design, who led the #NotMyAIA campaign directed toward the national American Institute of Architects’ apparent acquiescence in stating its willingness to work with a Trump administration.

Cities like Chicago, constrained through archaic and arbitrary political boundaries, seem to be boxed in for at least four years of antagonism. But it’s cities like Chicago that have the cultural, economic and human capital to lead the decoupling dance. If pushed enough, Chicago and its city brethren should push back: either by finding new ways to force the federal hand in more righteous directions or make decisions to move ahead on their own preserving our democratic and capitalist norms in the process.