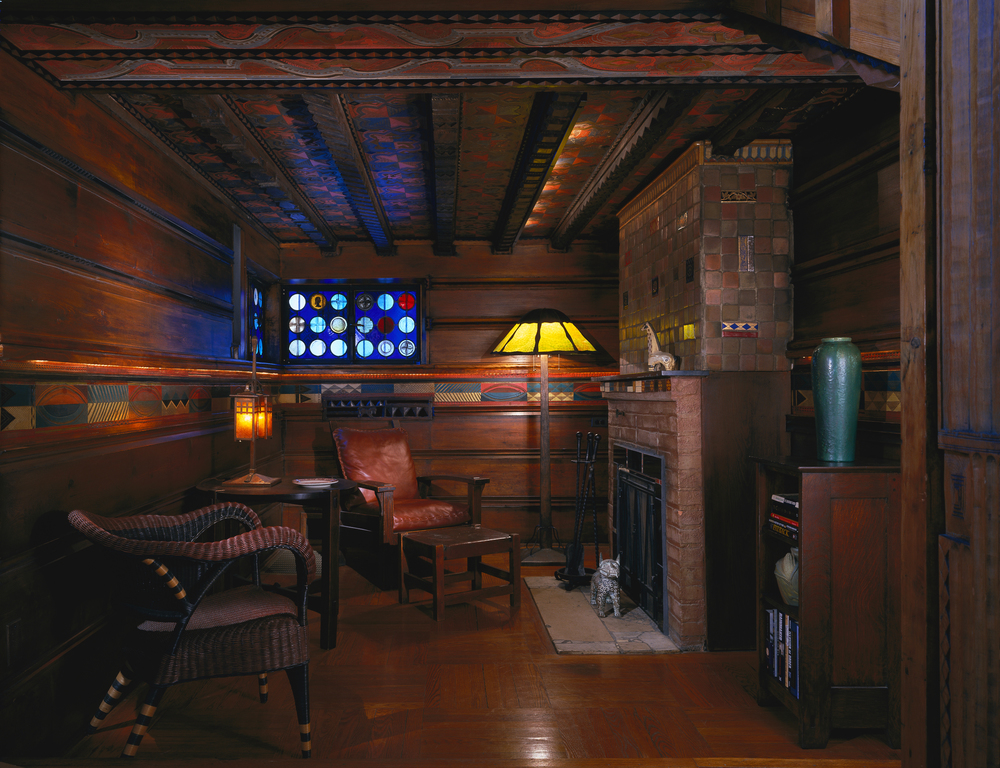 Edgar Miller is perhaps the most overlooked artist in the Chicago canon. Art was everywhere and everything to Miller, who used the city as his canvas through painting, woodworking, stained glass, sculpture, printmaking, iron working, industrial design and whatever materials fell his way. His expressionist, bespoke approach to design, art and architecture enlivens some of Chicago’s (quietly) iconic spaces, from his Carl Street Studios to collaborations with Andrew Rebori on the Gold Coast’s Frank Fisher Apartments. Miller’s story embodies the movement of 20th century bohemia gliding across Chicago’s landscape, from his early works in “Tower Town,” adjacent to Bughouse Square, to his imprint on the nascent artistic enclave of Old Town, and to the rediscovery of his work – and his own personal artistic resurgence – in the 1980s and 1990s.

For this episode of “A Lot You Got to Holler,” co-hosts Ben Schulman and Zach Mortice look at the life and legacy of Edgar Miller with Zac Bleicher, the director of the Edgar Miller Legacy. You’ll want to break out your phone as you listen and follow along with @edgarmillerart on Instagram. Special thanks to producer Tim Joyce.