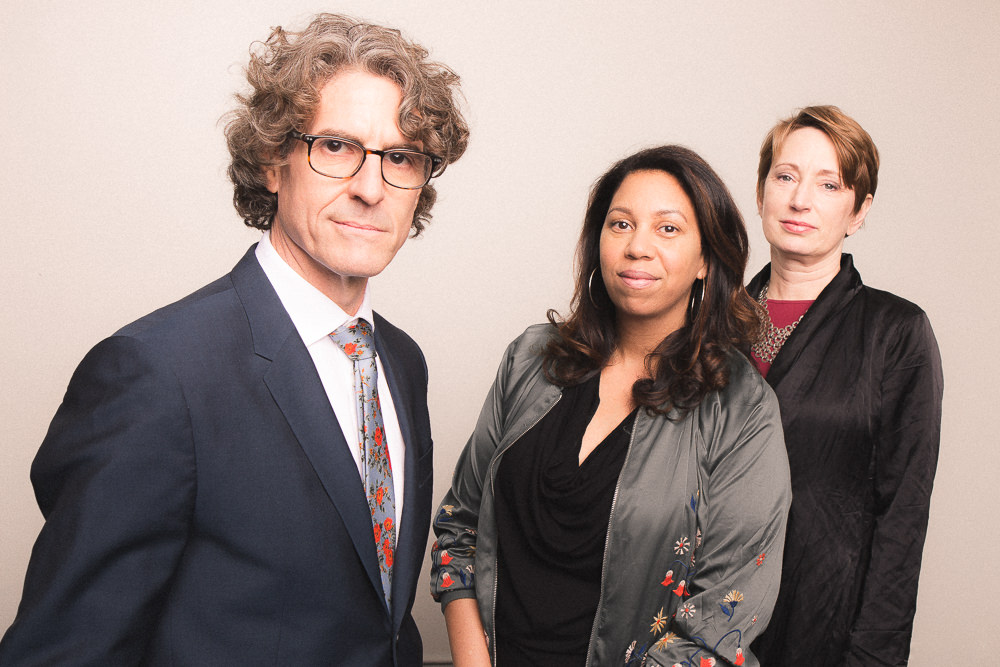 To view the world through a political lens, one would think that narrative has superseded substance in defining how culture is shaped. When literally means figuratively and facts and falsehoods have become fungible frenemies, it seems difficult to find a clear window through which to view the world. But the political construction of (un)reality that unfolds around us everyday now—an aggressive act of, yes, design, that aims to erect a viscerally violent cultural frame around political life—is competing, not supplanting the cultural frames that have come before it. Those preexisting frames, what one might call normalcy, have not been constructed out of an elitist bubble, but rather, from interaction, iteration and hard work between the wonderful mess that makes up the American people in places just like our home, Chicago. They’re the result of years of communication and collaboration, an accretive process that ends up as, well, curation. This year, we celebrate these people. The curators, organizers, educators, critics and thinkers who lead Chicago’s design scene, who provide the outlets and channels for practitioners to create and be acknowledged, who ensure there’s still space for substance to weigh the airless culture down, who keep those frames in place, those windows clean, and the vision for a better designed tomorrow clear. (Ben Schulman)

Note: With collaboration in mind, we took extra note this year that shepherding and championing a culture of design is often more than a two-person job. Throughout the list, you’ll see couplings of those who work in tandem to best move the mission of their organizations and the culture at large ahead.

1
Marty Nesbitt
Chairman, Obama Foundation
He may not be the most visible or vocal person when considering the role of design in shaping Chicago, but Nesbitt, the chairman of the Barack Obama Foundation, occupies a preeminent place in seeing through the development of the most significant public landmark in Chicago in years—if not ever. The site has been secured—Jackson Park—and the architects selected—the feted-all-over New York- based Tod Williams Billie Tsien Architects. The mild controversy over the site selection has been quelled and a stalwart slate of landscape architects, Michael Van Valkenburgh and Ernie Wong’s Site Design Group, have been announced to shape it. Now, Nesbitt, in his organizational role, will be tasked with overseeing the completion of a project that not only enhances the city, but takes on added significance as an emblem to carry the weight of democratic ideals and practice, as Rome appears to burn around it. 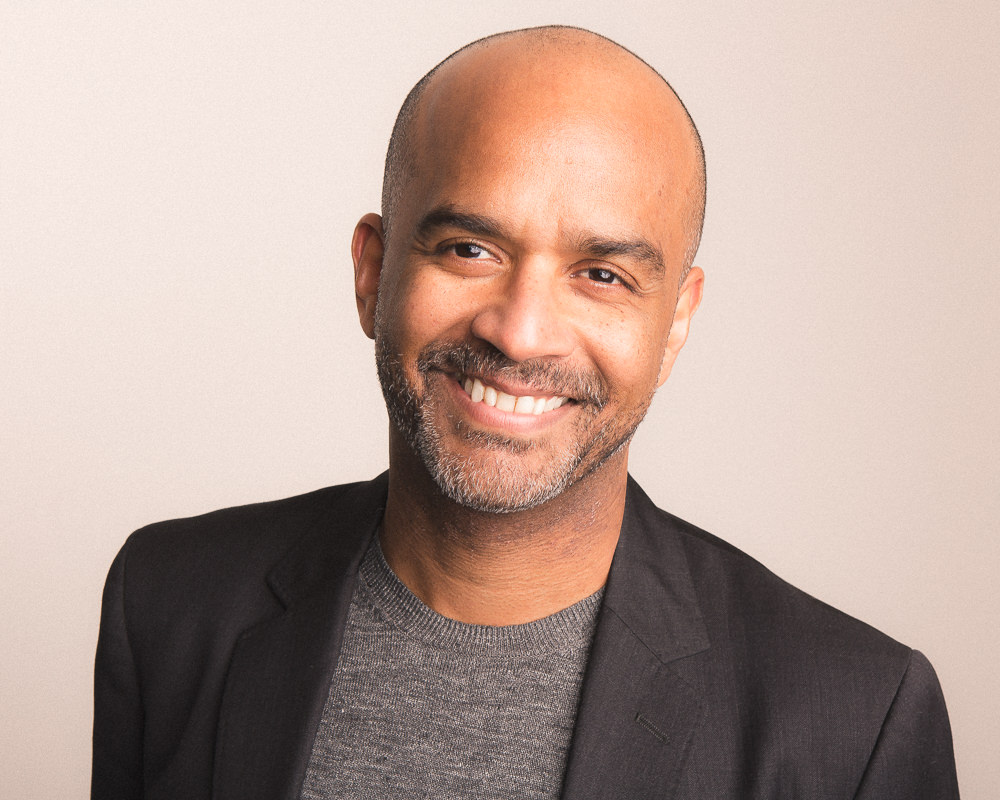 2
Todd Palmer
Executive Director, Chicago Architecture Biennial
When the second edition of the Chicago Architecture Biennial kicks off this coming September, executive director Todd Palmer—who succeeded longtime Chicago Loop Alliance honcho Ty Tabing in the role—says a new focus on legacy will be felt. “We’re thinking differently about legacy,” he says. “Rather than thinking of legacy as a direct outcome as a building or a pavilion, it’s more about setting the stage for continued impact.” Within that mindset, Palmer, who was previously the associate director and curator at the National Public Housing Museum, is establishing the biennial organization itself as an ongoing concern, streamlining the business affairs that go into programming a “global platform for the built environment.” 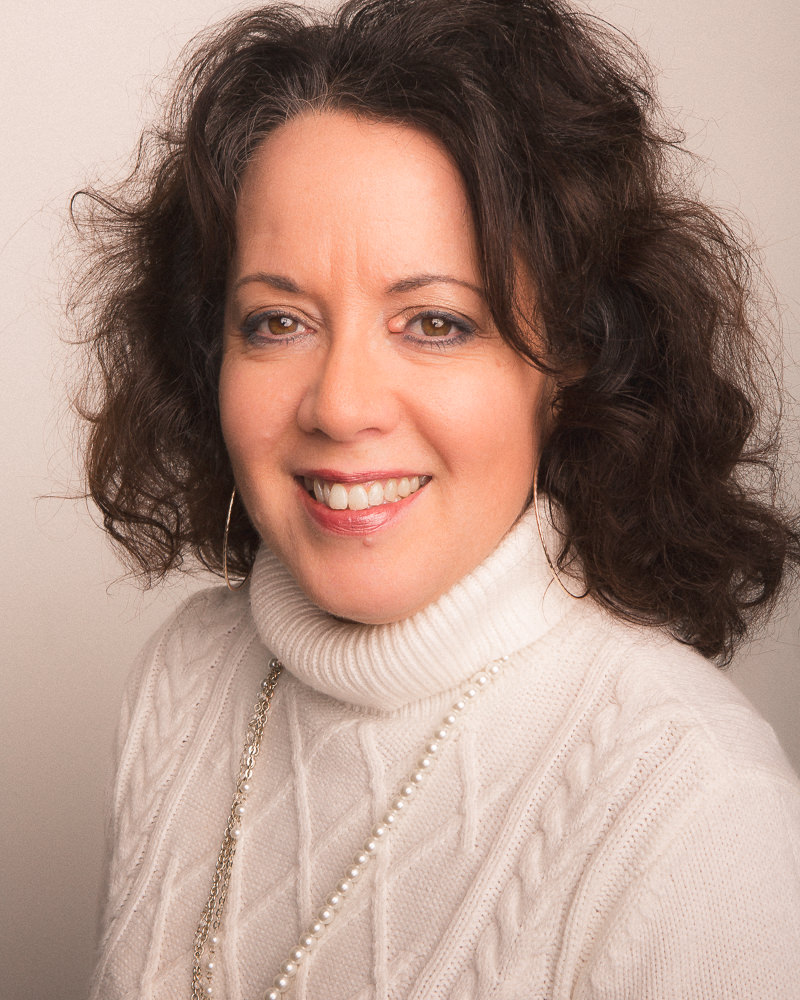 3
Juanita Irizarry
Executive Director, Friends of the Parks
Juanita Irizarry became executive director of Friends of the Parks in 2015. Irizarry has a long history of public and nonprofit service, having worked for Governor Quinn, at Latinos United, and elsewhere in the areas of housing, urban planning and community development. At Friends of the Parks, her charge has not been an easy one, taking over the campaign against the use of lakefront park land for the proposed Lucas Museum, and stopping the Ma Yansong of MAD Architects’ design from taking form on the lakefront. (As an aside, since leaving Chicago the Lucas Museum has received chilly responses from San Francisco, again, and Los Angeles.) 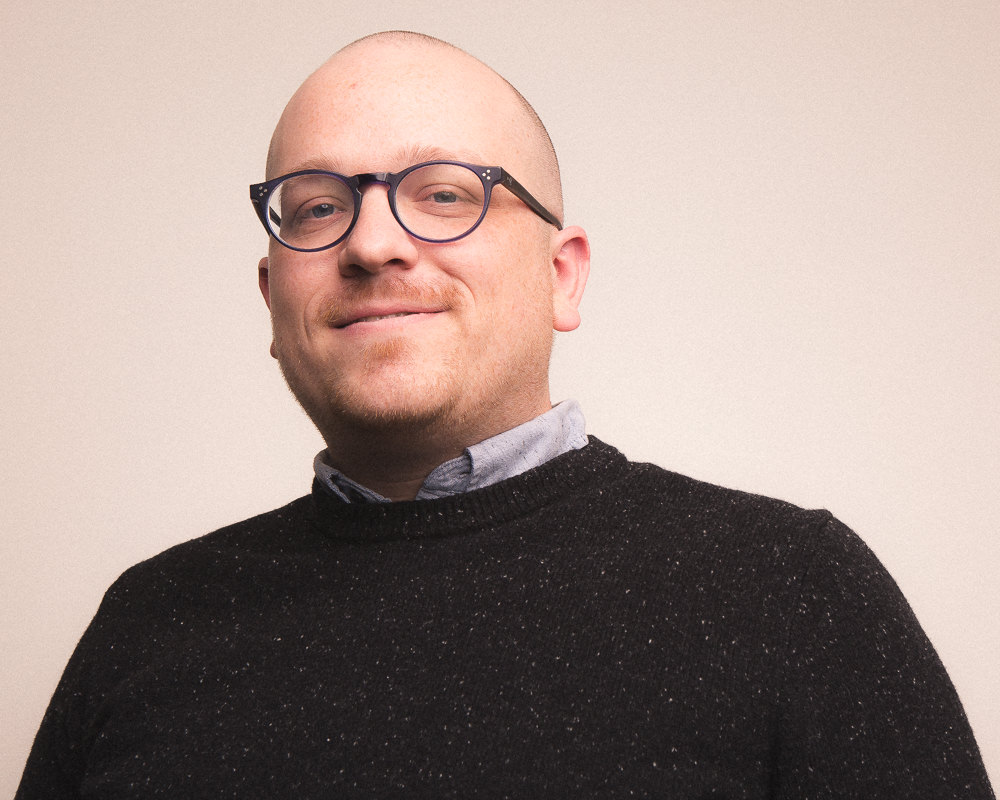 4
Tanner Woodford
Executive Director, Chicago Design Museum
Tanner Woodford’s role at the helm of the Chicago Design Museum—and the hundreds of volunteers that compose its body and activity—is to allow the museum to serve as an intersection of social thought and community. The museum itself is a neutral, free space, where visitors are welcomed in to reflect, think, but also to become “active participants of change” in the world. Woodford also serves as an ambassador for Chicago’s unique cadre of designers to the rest of the world, most recently through the ChicagoMade installation at Business of Design Week in Hong Kong, which attracted 120,000 attendees. With huge growth in both CDM’s membership and public programs, Woodford has bolstered the CDM as a forum for a community hungry for innovation, exchange of ideas, and the wider attention of the international design community.

5
Theaster Gates
Director of Arts + Public Life, Office of the Provost, University of Chicago
The fingerprints of Theaster Gates—artist, designer and urban developer—are all over blueprints of redevelopment on Chicago’s South Side, anchored in projects like Stony Island Arts Bank, the Arts Block in Washington Park, Dorchester Projects and Black Cinema House. Animating their impeccable redesign of space and patina of reclaimed materials is the commitment to constructing new forms for “reflection, opportunity and beauty,” where real people in real neighborhoods learn about, share and celebrate culture. Recently, Gates and his Place Lab platform, in concert with the University of Chicago, has led the Ethical Redevelopment Salon Series, bringing together artists, designers and community developers from around the nation to reimagine and reshape cities using the complex politics of place “to make space for people.”

6
Ikram Goldman
Owner, ikram
Ikram is one of these people who need no further introduction. The Midwest’s haute couture ambassador’s reputation precedes her. With a larger-than-life personality, the knowledgeable, powerful tastemaker put Chicago on the fashion map for good. And she was not even born into fashion. Growing up in Israel, Goldman moved to Chicago at a young age. She then proceeded to make a brand of herself under the roof of an eponymous bright-red state-of-the-art boutique… Luxurious, sophisticated and well-connected, Goldman proves that she can achieve anything she sets her mind to — even if it’s stepping up to the mic with the lounge act Pink Martini to dazzle the crowds during Paris Fashion Week.

7
Blair Kamin
Architecture Critic, Chicago Tribune
After twenty-five years as the Tribune’s architecture critic, it’s hard to overstate Blair Kamin’s impact on the city—not just on its architecture and evolving urban form, but the more subtle role he plays in its overarching cultural environment. Although you may not agree with everything he says, you can’t dismiss his role both as an advocate for causes he believes in and as a provocateur: If Kamin writes about something, you can be sure that people will discuss it. Despite his Pulitzer Prize win, he feels his success as a critic, “isn’t measured by the awards you win, but by the ideas you advance and discussions you provoke.” He offers that “when people stop me on the El and thank me for opening their eyes to something, that’s the ultimate prize.” 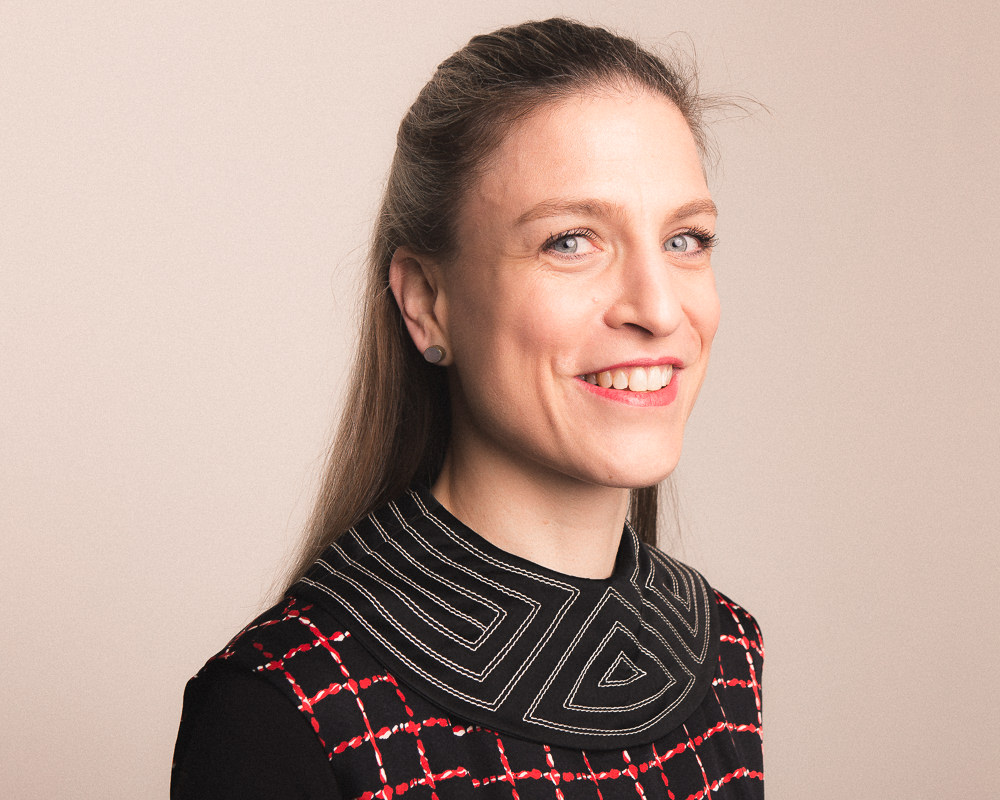 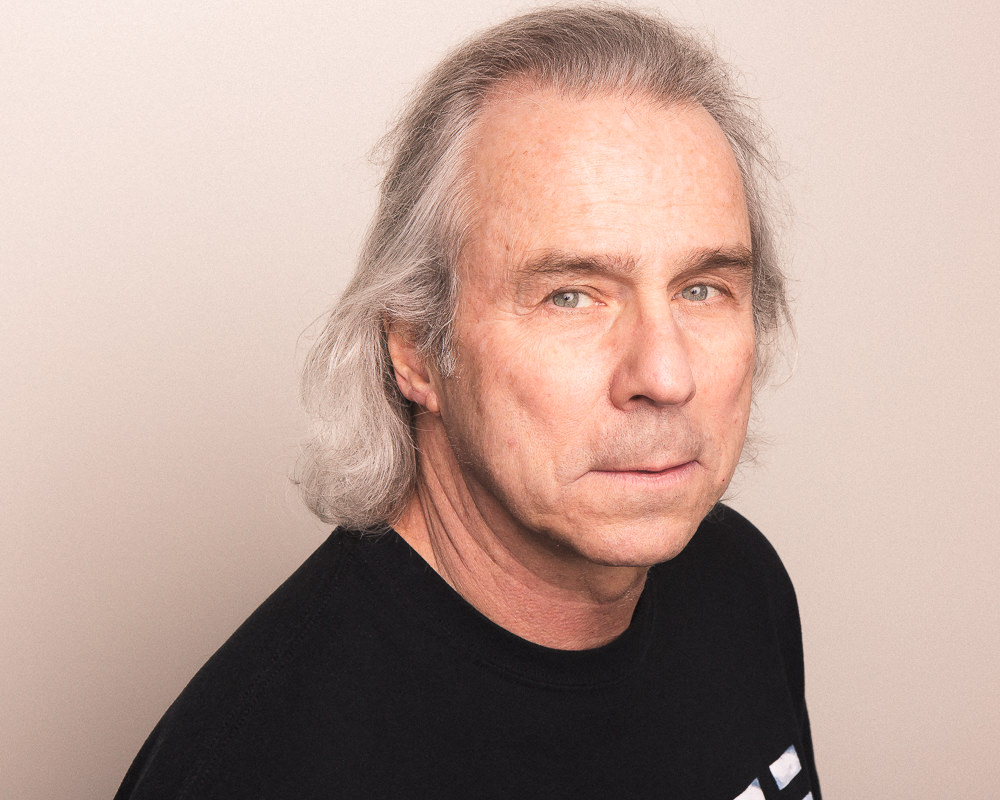 9
Howard A. Tullman
CEO, 1871
A serial entrepreneur known for his style of “disruptive innovation,” Howard Tullman describes the community he has helped craft at 1871 as a “miniature city in itself… grown to incorporate the best elements of Chicago.” Tullman envisions a hub for aspirational designers—those passionate, direct and expressive enough to join his community and enact change. Of the city, Tullman describes that the best aspect of its design—one which forms the heart of 1871—is that the city “invites all comers in,” celebrating diversity and collaborative spirit.

10
Stanley Tigerman and Margaret McCurry
Principals, Tigerman McCurry Architects
The eighty-six-year-old enfant terrible of Chicago architecture continues his long arc of influence over the coming generations of practitioners. At any given moment, Tigerman could be polemically riffing to Iker Gil in an issue of MAS Context, being slyly referenced throughout the work of Ania Jaworska, among others, or lending the theme to the inaugural Chicago Architecture Biennial—its “State of the Art of Architecture” was originally the title of a series of lectures he convened at the Graham Foundation in 1977. Yet it’s the work of his firm, Tigerman McCurry Architects, that he shares principality with his wife and partner, Margaret McCurry, that remains a reference point for designers to turn to when envisioning a new language with which to build. See last year’s “Chicago Residence,” located in Lincoln Park, published in Architectural Record, as a preeminent example.