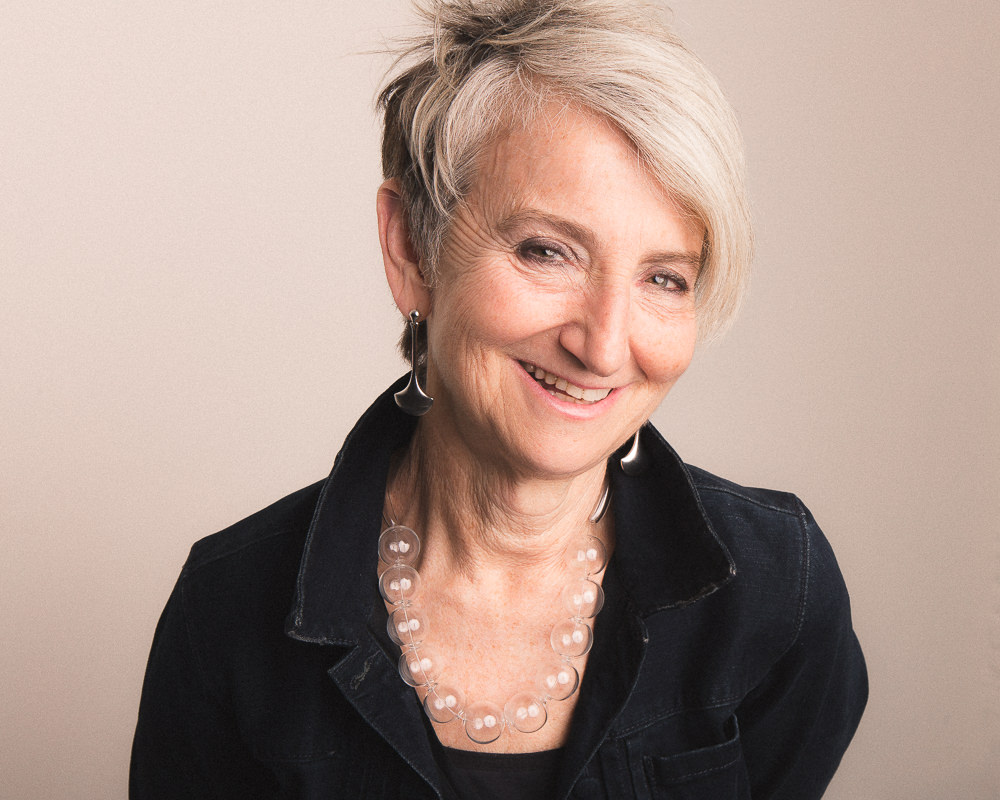 31
Frances Bronet
Provost, Illinois Institute of Technology
IIT has found itself on the cusp of a geographical and generational shift coming to Chicago. Located at the northern boundary of the South Side of Chicago or the southern boundary of Downtown, the storied university has sought to reposition itself within the context of Chicago and reconnect to its immediate surroundings as well as local, national and international issues. Frances Bronet, an architectural designer, has led this charge since 2015 when she joined the school as provost. Her background as an educator, administrator and practitioner prepare her to direct the sometimes overly cloistered and rational impulses of IIT toward the liminal spaces between the campus and the community where new opportunities for engagement, experimentation and exploration exist. 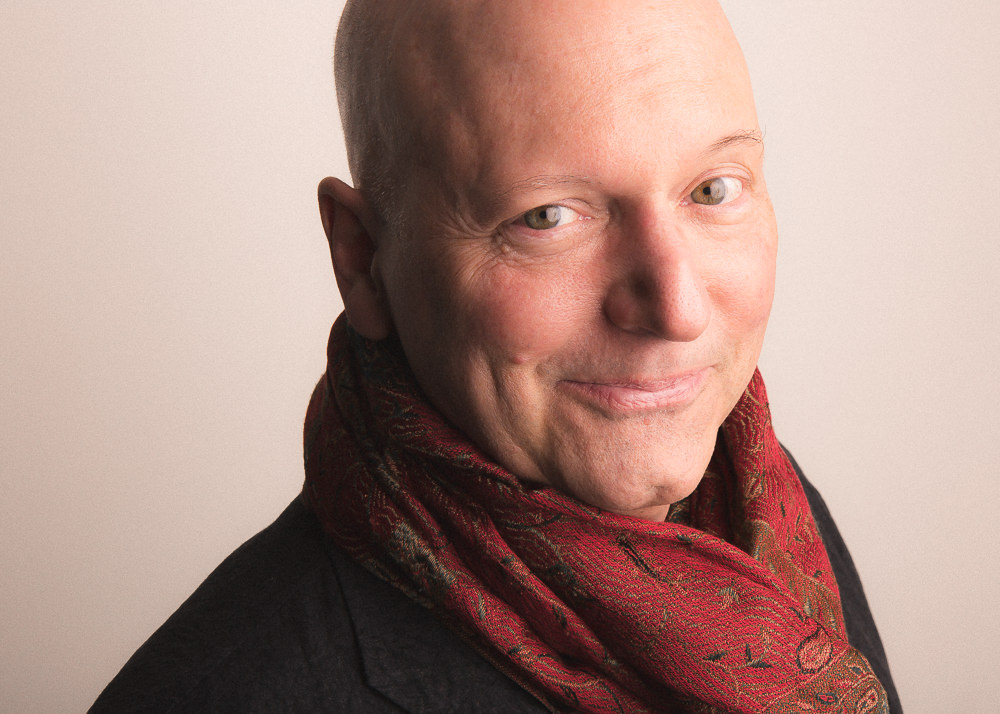 32
Dirk Denison
Founder/Director, Dirk Denison Architects
Among Chicago architects, few hold such well-deserved and humbly wielded eminence as Dirk Denison. Through his eponymous architecture practice, he continues to carry on and refine the modernist ethos of attention to detail, craft and execution that largely germinated in Chicago. Beyond his practice, Denison chairs IIT’s Mies Crown Hall Americas Prize, the second installment of which was awarded this past fall. A new type of architecture prize geographically focused on projects in the Americas and the clients and users behind them, the MCHAP seeks to further a dialogue around design, development and global issues in a way that examines the structural basis of the built world as well as its aesthetic manifestation. One gets the sense that Dension does not celebrate refined objects and details simply for their beauty, but because in this beauty we find a transcendent and meditative connection that is accessible to all people.

33
Dawn Hancock
Founder/Managing Director, Firebelly Design
Losing both of her parents at a young age drove Dawn Hancock to think deeply about life as something impermanent. “I wanted to invest my time wisely, doing things I am passionate about,” she says. “So I started Firebelly in 1999 at the age of twenty-five.” Hancock’s mission was simple: good design for good reason, focusing on “doing work that helps people.” Flash forward to 2017, Dawn not only runs Firebelly Design but also Firebelly Foundation, through which the programs Reason to Give and Camp Firebelly have been launched. Dawn is the co-founder of Typeforce, along with the Public Media Institute, and has served as the community outreach chair for AIGA Chicago. Despite working for national and international clients, Dawn stays close to her roots in Chicago: “We love the opportunities when we get to create something for our city because it feels like we are building something positive around us.”

34
Celeste Adams
President/CEO, Frank Lloyd Wright Trust
In what would have been his 150th year, Frank Lloyd Wright is more relevant than ever, in no small part because of the continued relevance of the FLW Trust. And in the six years since Celeste Adams has served as chief executive officer, the Trust—which manages the Wright Home & Studio and The Unity Temple in Oak Park as well as the Robie House in Hyde Park—has substantially expanded its mission. It’s making a particular outreach to a younger generation of schoolchildren, teaching them that Wright was more than simply America’s now-most-beloved architect. “Beyond his designs, he stood for the courage of his own convictions. We want students to know that they, too, can cultivate their own vision and fulfill it in their own lives.”

35
Cheryl S. Durst
Executive Vice President/CEO, The International Interior Design Association
In 2016, Durst was named to Interior Design magazine’s Hall of Fame as “an ambassador for innovation and expansion, and a visionary strategist.” As executive vice president and CEO of the International Interior Design Association, she leads both the organization and heads the publication of the association’s design journal, Perspective. A prolific speaker, advocate and board manager, Durst also announced in 2016 that she would see the group through a relocation out of its longtime home in the Merchandise Mart to a new seventeen thousand square foot space in the Mies van der Rohe-designed tower at 111 East Wacker. 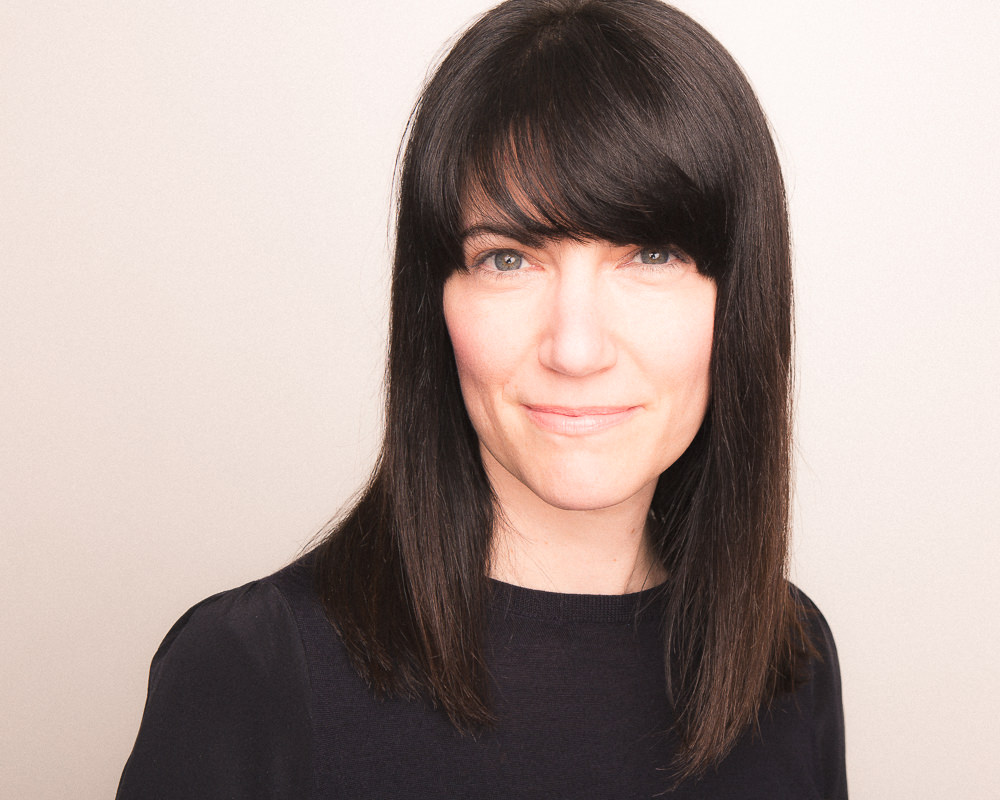 36
Alisa Wolfson
EVP Head of Design, Leo Burnett Chicago
Alisa Wolfson facilitates the environment of Burnett’s design team as a space “open to experimentation, critique and fluidity.” In her office, a welcome hum of interaction between designers reflects products’ value and place in how humans interact in the world. A lifelong Chicagoan, the city’s own grid becomes a subconscious part of her work, where its community of designers “overlap, run into each other and share” their innovations. In working with other top-level designers, collaboration “makes for healthy tension and conversation.” It is an instinct for collective ingenuity to transform the world. 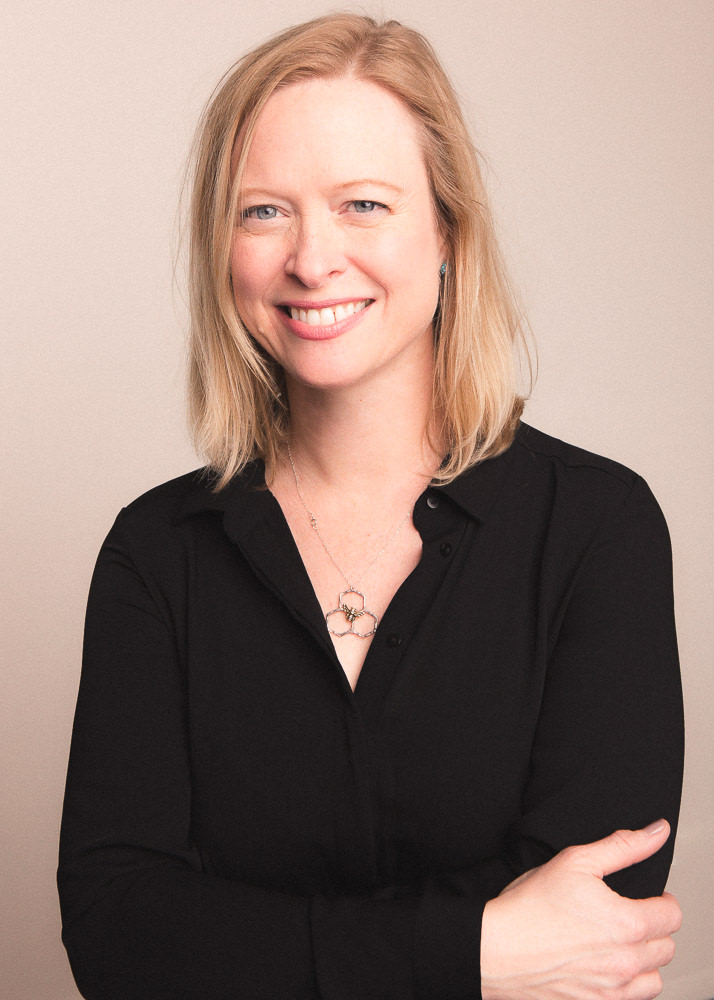 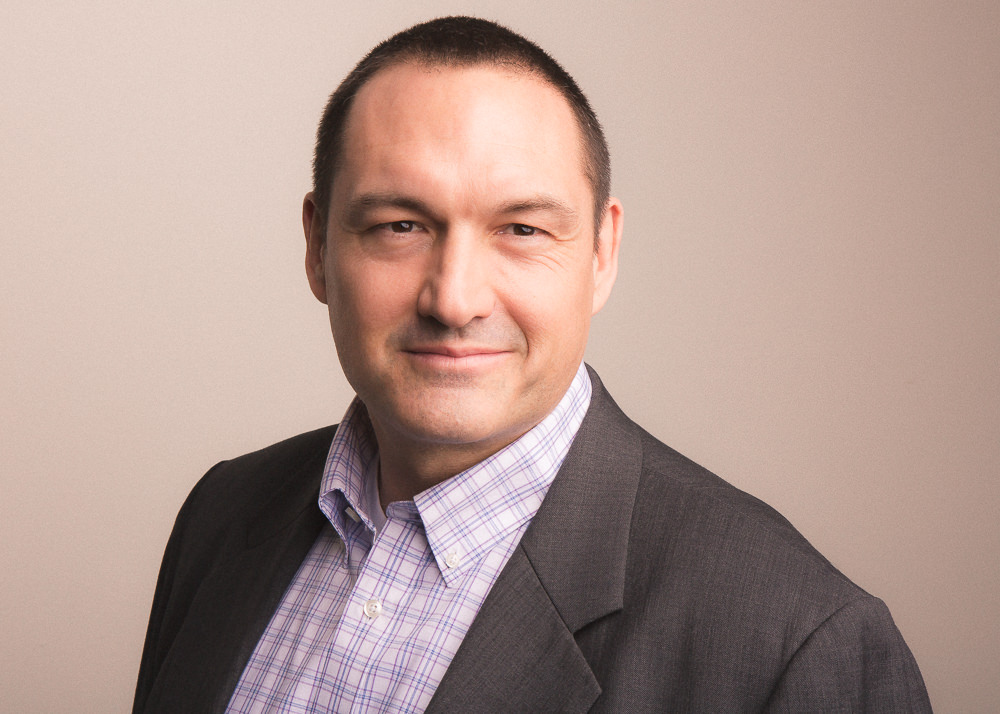 38
Robert Forest
Founder/Partner, Adrian Smith + Gordon Gill Architecture
Newcity’s annual Design 50 list alternates between the doers—those on the ground making things happen, and the thinkers—those who take the 50,000-foot view. Bob Forest of Adrian Smith + Gordon Gill Architecture takes what could be equated with the orbital view—considering local and global design problems in an ever-expanding context of culture, materials, contracts, law and schedule. From his work with Chicago’s chapter of the American Institute of Architects to the way he is changing practice by designing the process of business and delivery at ASGG, Forest often seems like he is playing chess while everyone around him plays checkers. 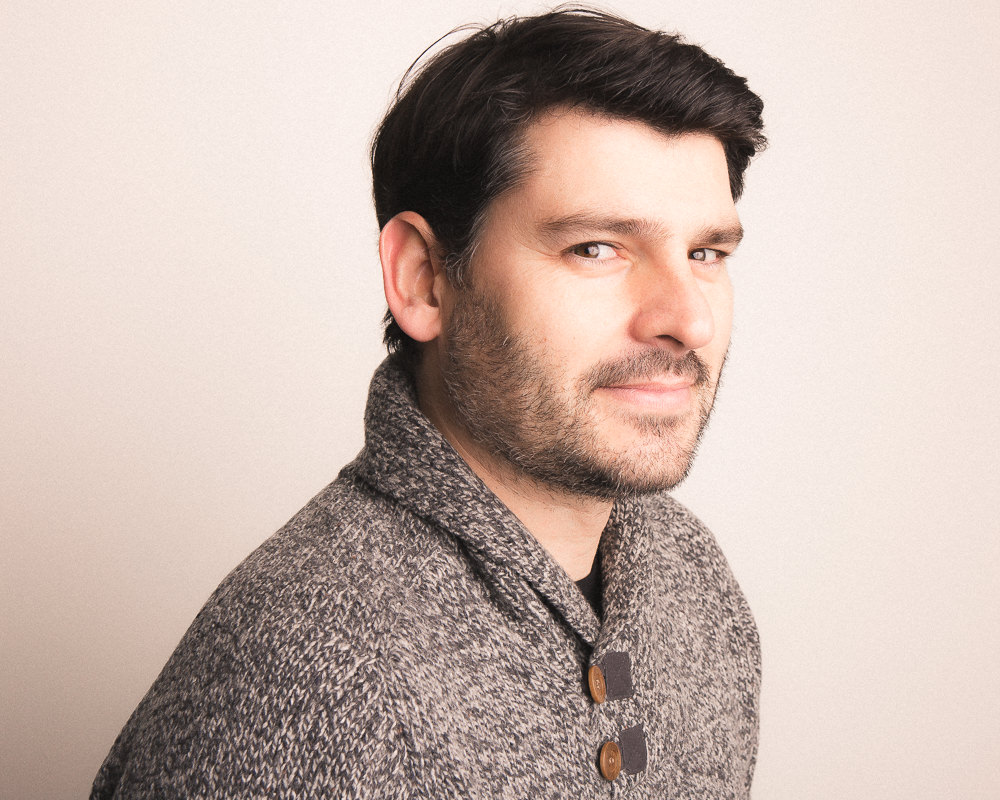 39
Iker Gil
Founder/Director, MAS Studio
Nobody better represents the spirit of self-directed independent thought and practice that characterizes “capital A” Architecture in Chicago as Iker Gil. A practicing architect, designer, journalist and curator, Iker has been bringing interesting, obscure and overlooked topics to local and global audiences since 2009 through his journal, MAS Context. Uninterested in the popularity or expediency of ideas, Iker embraces profundity and insight instead. He is constantly engaging, interrogating and examining the–ahem–context in which we live, work, play and function as citizens, designers and architects. Iker’s contributions to the city and the profession have impacts that reverberate far beyond Chicago’s immediate environs and the publications he curates often grow more influential over time. 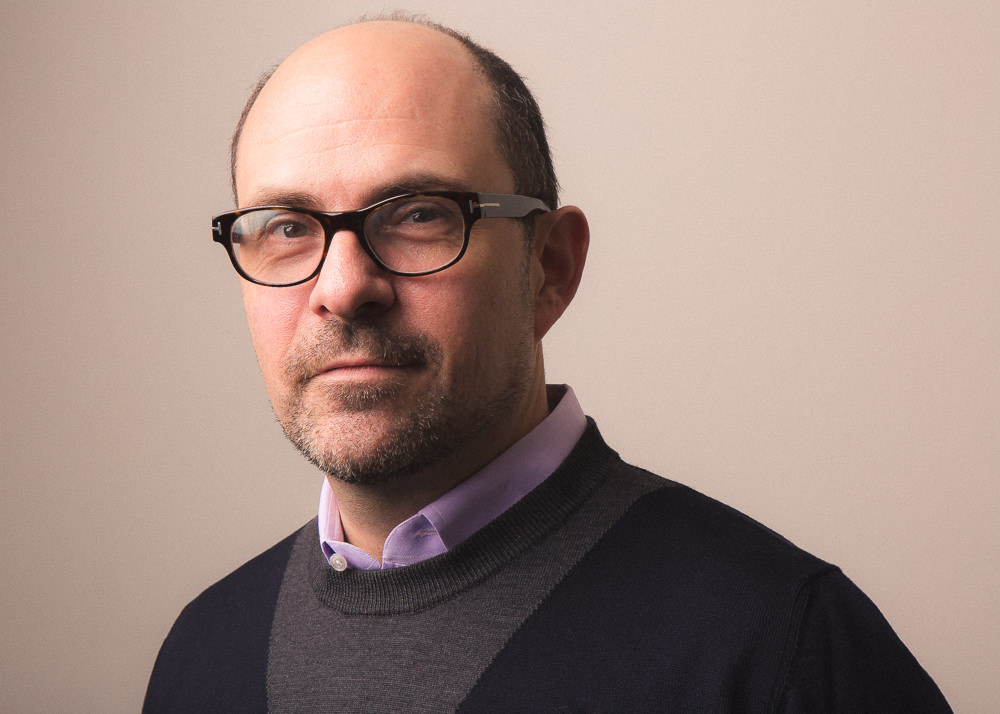 40
Ugo Alfano Casati
Founder, Casati Gallery
In the universe of urban gentrification, the pioneer who is victimized by his own prescience is an old story. But don’t call Ugo Casati a victim. He’s a great adapter. His Casati Gallery was one of the first non-food retailers on Fulton Market, and as his reputation for dealing in collector-quality twentieth-century Italian design grew, so did the desirability of the neighborhood. That partly explains why he has been priced out of the neighborhood and will move later this year to a more industrial location and space. He says his new, by-appointment-only showroom space will allow him to expand his stable of contemporary designers (including local favorite Jonathan Nesci) to complement his historical program. “Proportion, shape and scale don’t come from nowhere,” he says. “They come from history. All contemporary design is descended from somewhere.”