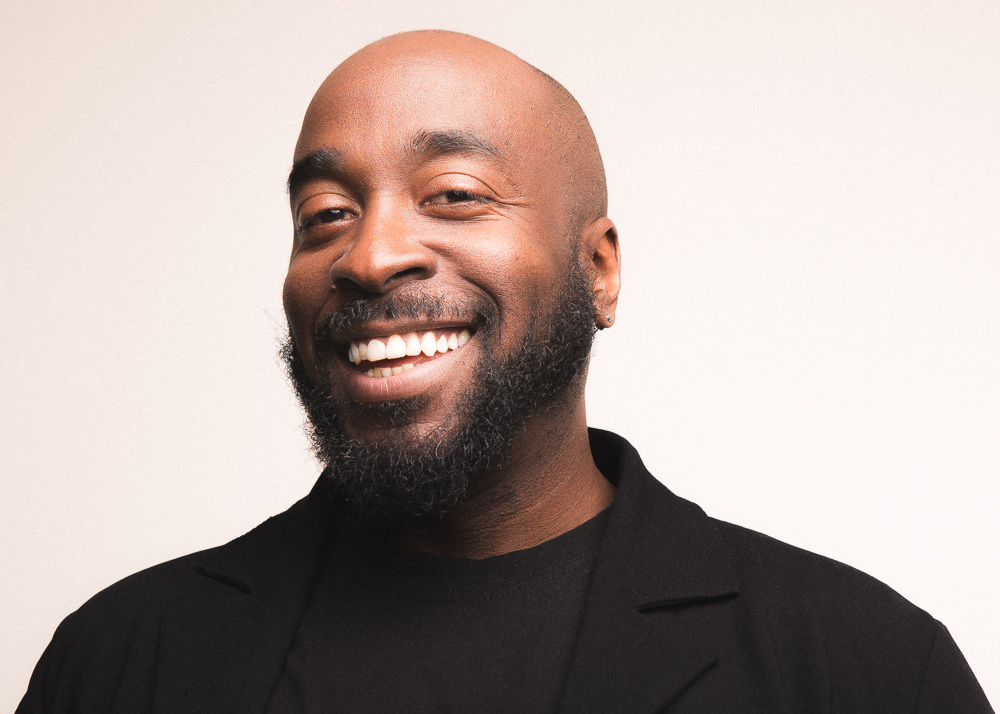 41
Eric Williams
Owner, The Silver Room
Eric Williams opened the Silver Room, in 1997 in Wicker Park. Now in Hyde Park, the space serves as a mix of arts incubator, jewelry-fashion-art retail outlet and venue; people in the neighborhood program more than seventy percent of the events. “I want to provide a platform for the community,” he says. Eric started out studying finance while simultaneously being a vendor on Maxwell Street, selling t-shirts to pay for college. After a brief stint as a stockbroker, he quit and went back to selling merchandise on the streets. “Being a vendor on the street allowed me to meet artists, students, DJs and the microcosm that is Chicago,” he says. Some of Williams’ upcoming projects—the Silver Room’s Block Party, a summer music series, and a documentary of the history of the Silver Room—reflect his passion as a bridge builder and cultural leader. 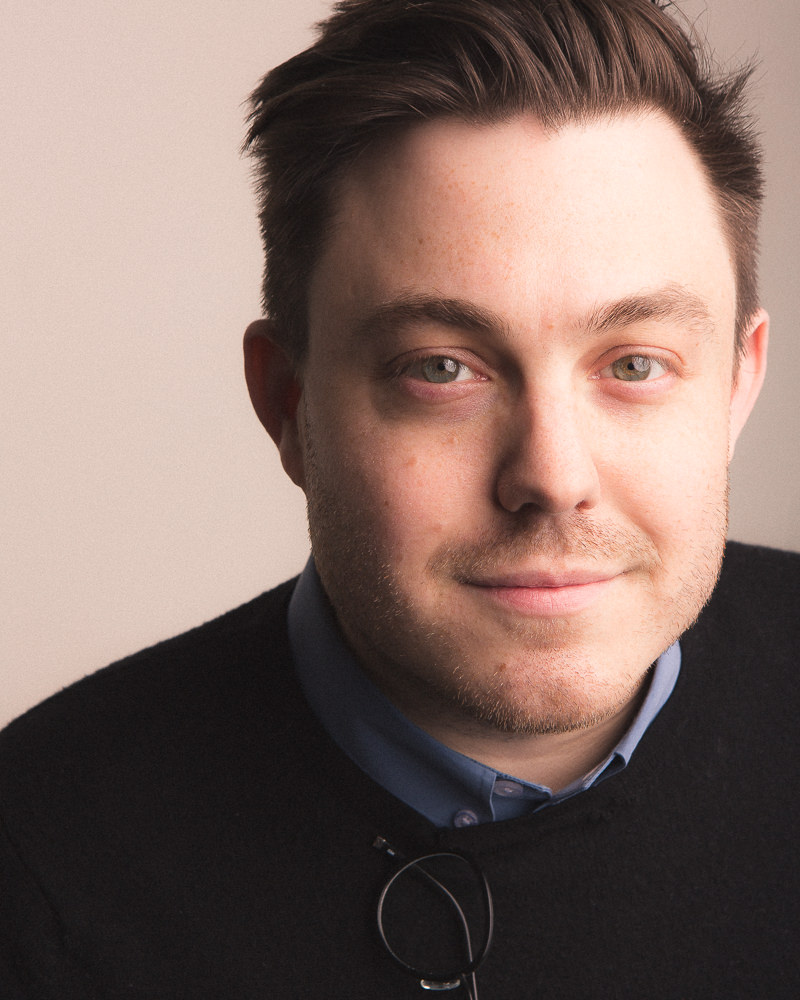 42
Max Temkin
Designer, Cards Against Humanity
Ever since Max Temkin leveraged a design internship with the Obama administration into a job, he has sought out design challenges that push boundaries. “I was interested in the way the design brand turned Obama from an outsider guy into someone really polished through the execution of the brand,” he says. Born in Highland Park, Max grew up with a close circle of friends who would later become partners and co-creators of the successful game Cards Against Humanity. Max has a passion for philosophy, comedy writing and political communications and uses these fields to inform his projects. In addition to his involvement in Cards Against Humanity, Max has published an independent zine called “Maxistentialism” and works as a design advisor. “I want to make sure that with the successes we’ve had, that we use that to open doors for more people” he says, showcasing his dedication to provide artists and designers with platforms for expression. 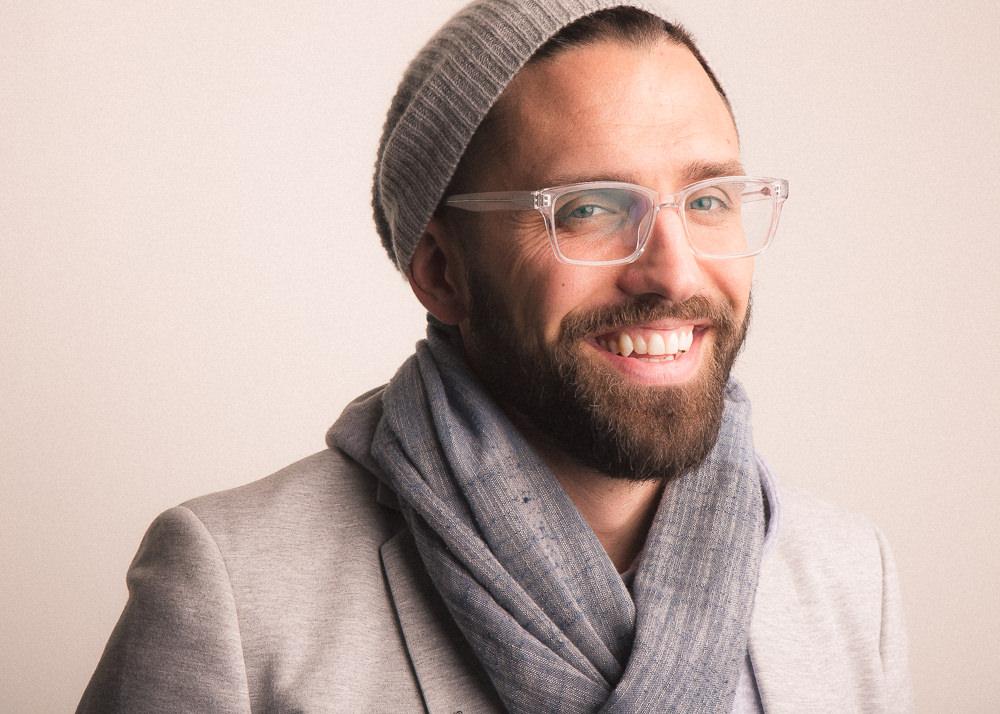 43
Tim Swanson
Office Practice Leader, CannonDesign
As the youngest office leader in the history of the century-old-and-counting architectural firm of CannonDesign, the tattooed, globetrotting Swanson overseas a group of more than 200 working on buildings and city planning around the globe. With a central focus on health and education, the firm has also worked across the spectrum including government and, under Swanson’s leadership, to pioneer new engagements including more equitable design. Projects under his stewardship have included  the Cook County Bond Court and the health sciences campuses at Malcolm X College, aimed at giving Chicago youth a leg up. 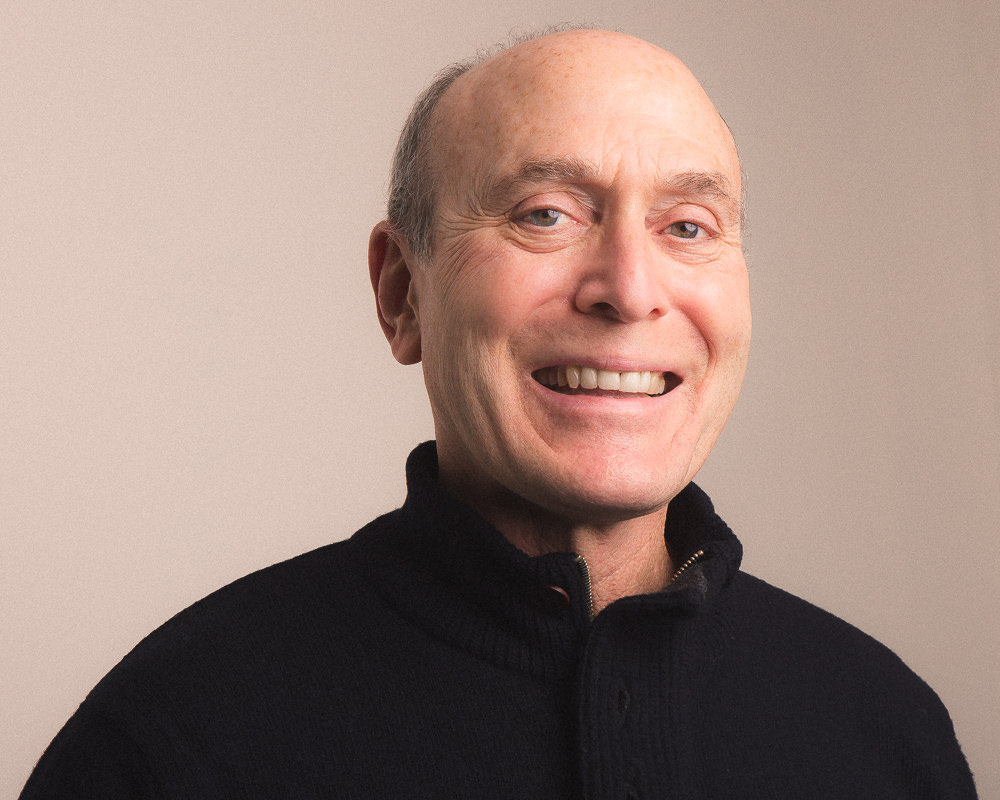 44
Morlen Sinoway
Owner, Morlen Sinoway Atelier
Morlen Sinoway cringes at the notion of being called the city’s godfather of design—mostly because he assumes it ages him. But few players on the scene are such tireless cheerleaders and optimistic promoters of Chicago’s design culture, from the singular offerings of his atelier on Fulton Market to the scaled-down reboot of his Guerrilla Truck show during the Neocon trade show. More than anything, he remains a trend-setter, tastemaker and a proponent of the Fulton Market neighborhood, even as its character wanes as a gallery/retail neighborhood while booming as an entertainment and nightlife district. He says the influx of office workers—from Google specifically—has had practically no influence on his business, out of which his retail operation is less significant than his work with architects and designers. But he’s staying. “I’ll be a dinosaur here eventually,” he says.

45
Nasir Kassamali
President/Co-Founder, Luminaire
Like many purveyors of furnishings and designed objects, Luminaire’s Nasir Kassamali acknowledges the significance of e-commerce. “We do well with our online store,” he says. “It’s a stepping stone for our newly acquired customers.” But he says that the experience of a trip to one of Luminaire’s three brick-and-mortar stores (two in Miami, one here) can’t be transmitted virtually. And really, each of its retail outlets has acted as an important real estate catalyst in the city. When it arrived in River North, it was an outlier: a design retailer in the city’s leading gallery district. Despite the area’s decline as a contemporary art center, Luminaire has remained an anchor of style and refinement in the design arena.

46
Virgil Abloh
Founder, Off-White
He’s creative, innovative and fearless. He’s everywhere and nowhere. His whereabouts a blur and his next piece of work is always more boundary-pushing than the one before. Founder of Milan-based fashion label Off-White (with retail locations across Asia and in London), designer, DJ and creative consultant of Kanye West, among others, Virgil Abloh defines the area between black and white as “off-white,” and he brings vintage and daring streetwear into high fashion. The designer says his creative ideas exist in two worlds, the street and the runway, and his force is strong and contagious. The self-made Chicago kid with the big vision of disrupting the fashion industry is already doing it—and whatever he’s up to, he’s undeniably cool. 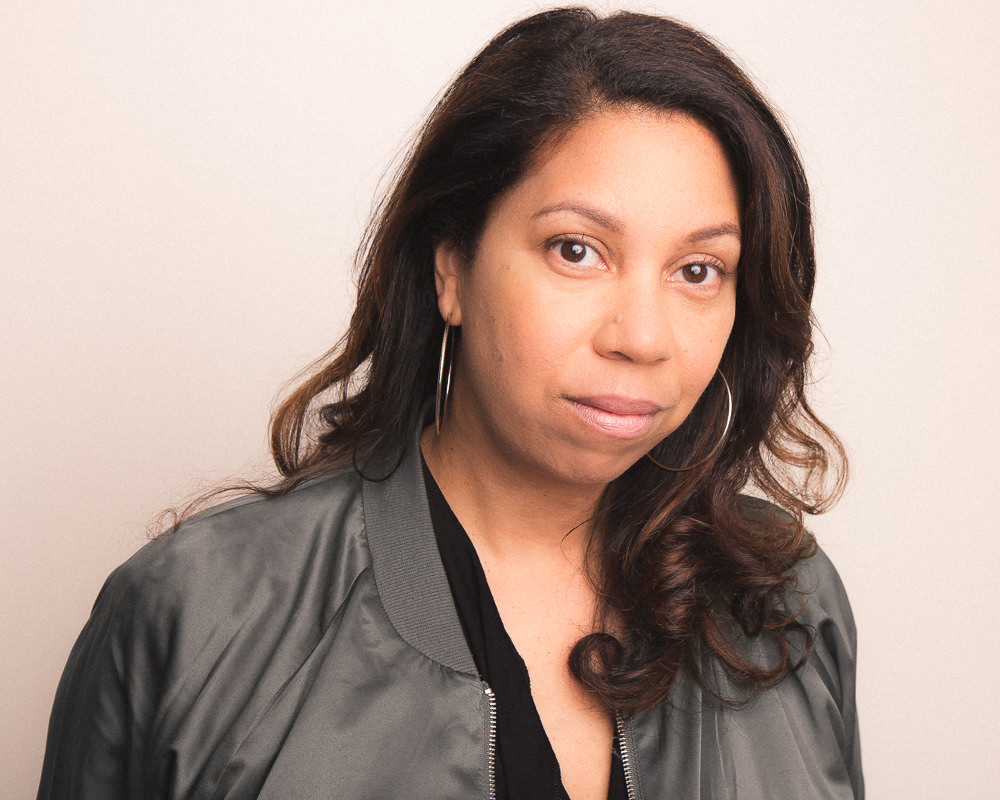 47
Angelique Power
President, The Field Foundation of Illinois
Angelique Power has worked in nonprofit management and philanthropy for over twenty years, currently serving as president of the Field Foundation of Illinois. Her background and involvement with civic initiatives are diverse and far-reaching. She grew up on the South Side, a child of Jewish and black parents, themselves a teacher and a police officer. Having earned a master of fine arts degree from the School of the Art Institute of Chicago, Power now “creatively supports the arts and Chicago.” She states that one current project is to use the present political and social situation as an opportunity for “listening and learning to believe in each other.” 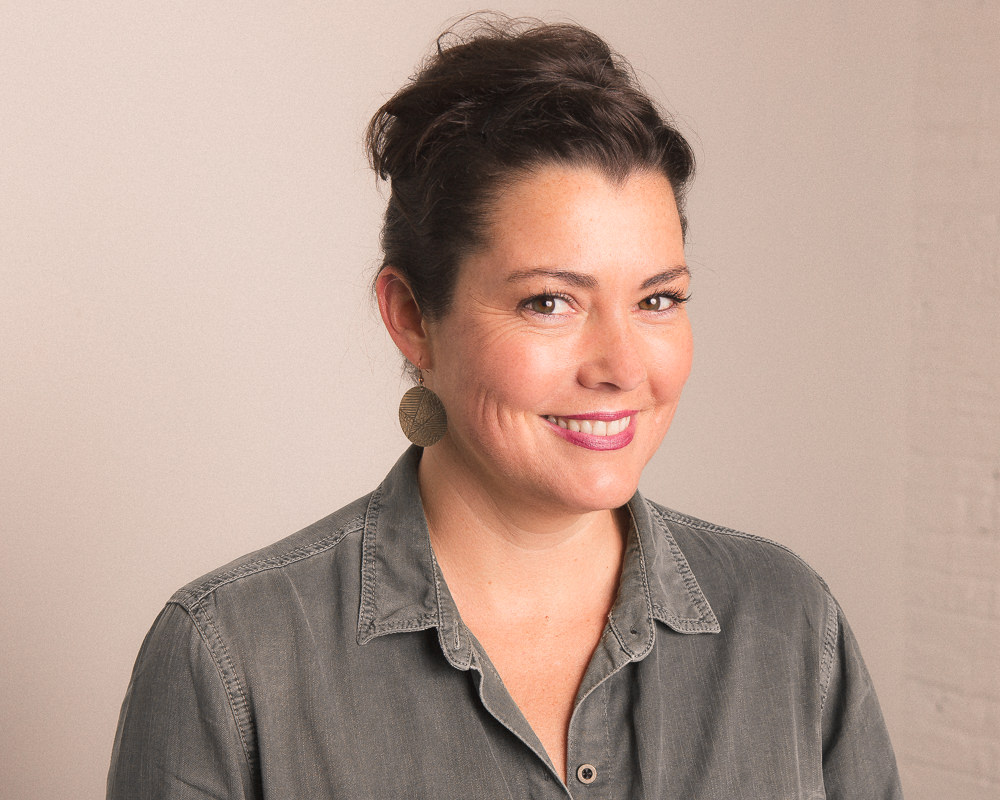 48
Petra Slinkard
Curator of Costume, Chicago History Museum
It’s best to call Petra Slinkard a fashion detective. Or perhaps a storyteller through fashion. Born in the Netherlands and raised in Indiana, Slinkard’s background in art history and fashion merchandising motivated her to launch her own clothing line called FOP. In 2013, she relocated to Chicago where she currently works as a curator of costume at the Chicago History Museum. Her role as a fashion curator involves researching fashion and history to tell Chicago’s stories. “I’m inspired by discovering and sharing stories,” she says. “Dress and adornment objects hold the keys to those stories and fashion has a lot of stories to tell.” Petra’s love for fashion and storytelling informs the way in which she uses design and research to present intriguing stories. “Making Mainbocher,” an exhibition she curated at the museum, is currently on view until August 2017. 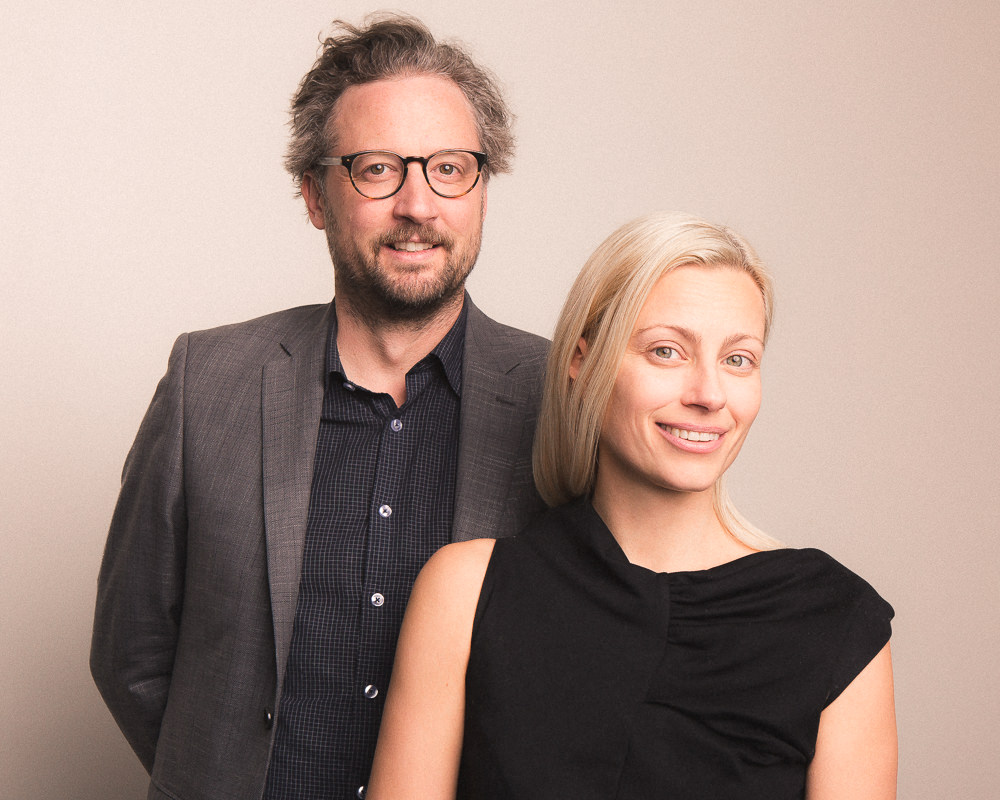 49
Sam Vinz and Claire Warner
Founders, Volume Gallery
If asked, “What can an art gallery focused on emerging American design do for you?” Sam Vinz and Claire Warner, the founders of Volume Gallery, have an answer. Their shows, events and engagement with the Chicago design and architecture communities all reflect the notion that contemporary American design can be appreciated for its complexity in terms of an idea, but must remain honest to clarity of form. Volume represents a generation of designers and makers exploring bodies of work that can hold their own in the white halls of a gallery and simultaneously look sick in your first condo. In January, the duo moved west to a new space on Chicago Avenue. 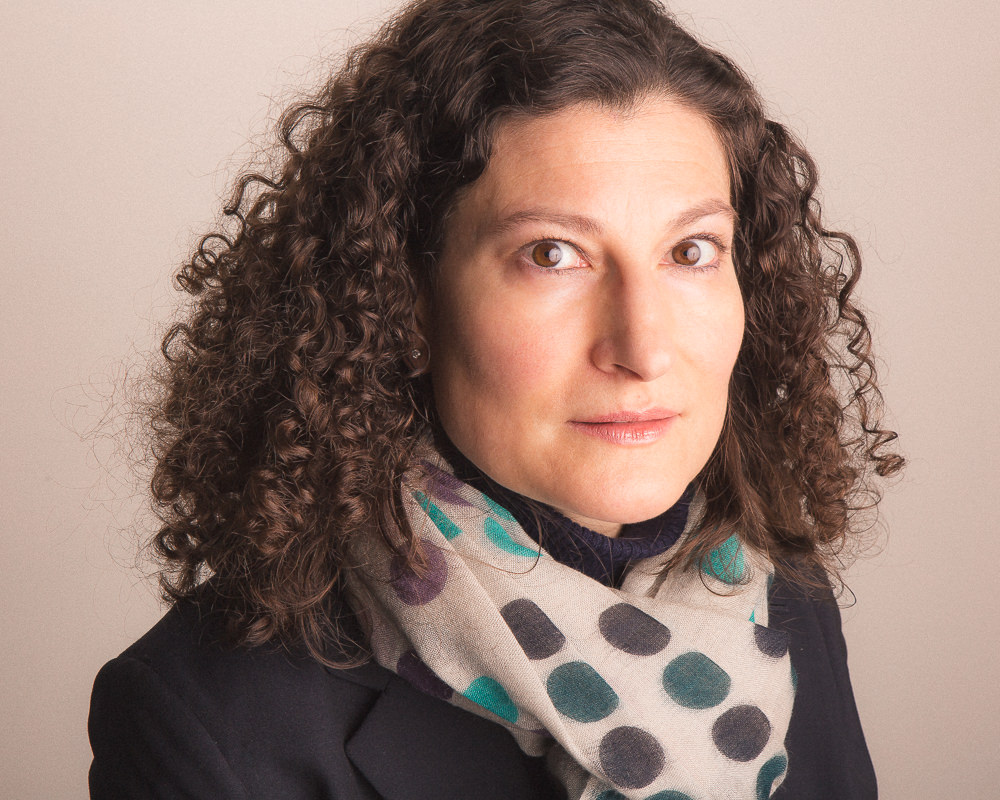 50
Laura Forlano
Assistant Professor of Design, IIT Institute of Design
As a professor of design, Forlano precludes the canon’s narrative, instead seeking alternative and dis-established voices to teach her students about design, aesthetics and the life of cities. “Politics are embedded in designed artifacts and emerging technologies,” she explains, an imperative for her students to respond and interact with the pressing issues of the world to build “more inclusive futures.” She believes designers have a unique responsibility to social justice movements in “connecting citizens and intersectional activist organizations.” Lately, Forlano has focused on pursuing the uncomfortable in her work, exploring collaborations with architects, historians and fashion designers while drawing more deeply from her own self and humor for inspiration.