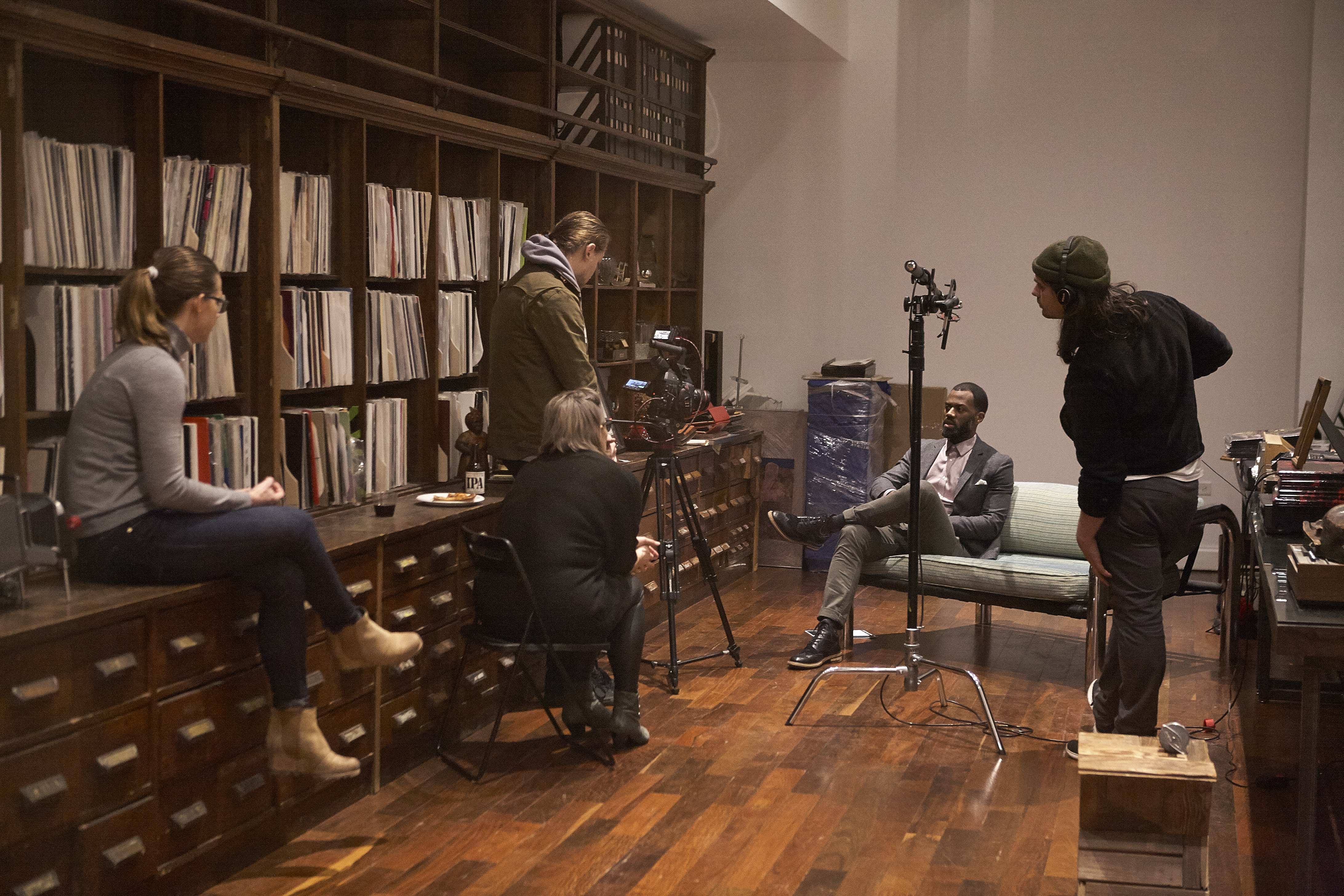 While many of us may be familiar with the term “mixed-use development,” the term “third space” is not as widely known outside of urban planning and placemaking circles.

Mixed-use developments are largely understood as places where apartments or condos might be stacked on top of ground floor retail, restaurants or a gym. Similarly, in “third spaces” people are also shopping, eating or art-viewing. The difference between the two concepts is a genuine sense of place. This sense of identity is the point at which the two terms diverge. One term represents a building’s zoning and usage designation, while the other defines the unique spaces in which we engage in sharing, leisure and pleasure—both planned and completely unexpected.

At “Place Over Time,” the sixth Ethical Redevelopment Salon convened by Theaster Gates’ Place Lab and the University of Chicago Harris School, participants dove deep into how the ever-changing face of our cities is both served by and in service to the places and spaces we live, leave, work, love and die in. Cities seem to be both merciless and at the mercy of us, the citizens. A crucial part of that evening’s discussion were the undeniable elements necessary for creating authentic third space, among them: effort and time. The salon conversation at the Stony Island Arts Bank was a collection of stories relaying the complexity of urban space defined and decimated over time by investment (or lack thereof), access, identity and history. At the salon it rang true that both acts of disinvestment and progress within cities happen over time. These acts are a summation of deeds undertaken by local residents as well as those decisions made by individuals who live clear across town.

Gates began this salon by speaking of structures both physical and metaphorical. He proclaimed that his work below 47th Street was an effort to invent structures that start as scattered leaves, then become branches—and as their roots grow strong—become heavy timber. It was clear that for Gates heavy timber could not grow into existence from “super-cultural institutions” alone. Viability for place and for people materializes once capacities are recognized, strengthened and unleashed. He left us considering if these capacities could be economic, political, social, entrepreneurial or environmental among other things. Following Gates, the salon was introduced to three individuals working to document Chicago’s perpetual metamorphosis, and to Monica Chadha, an architect and educator. 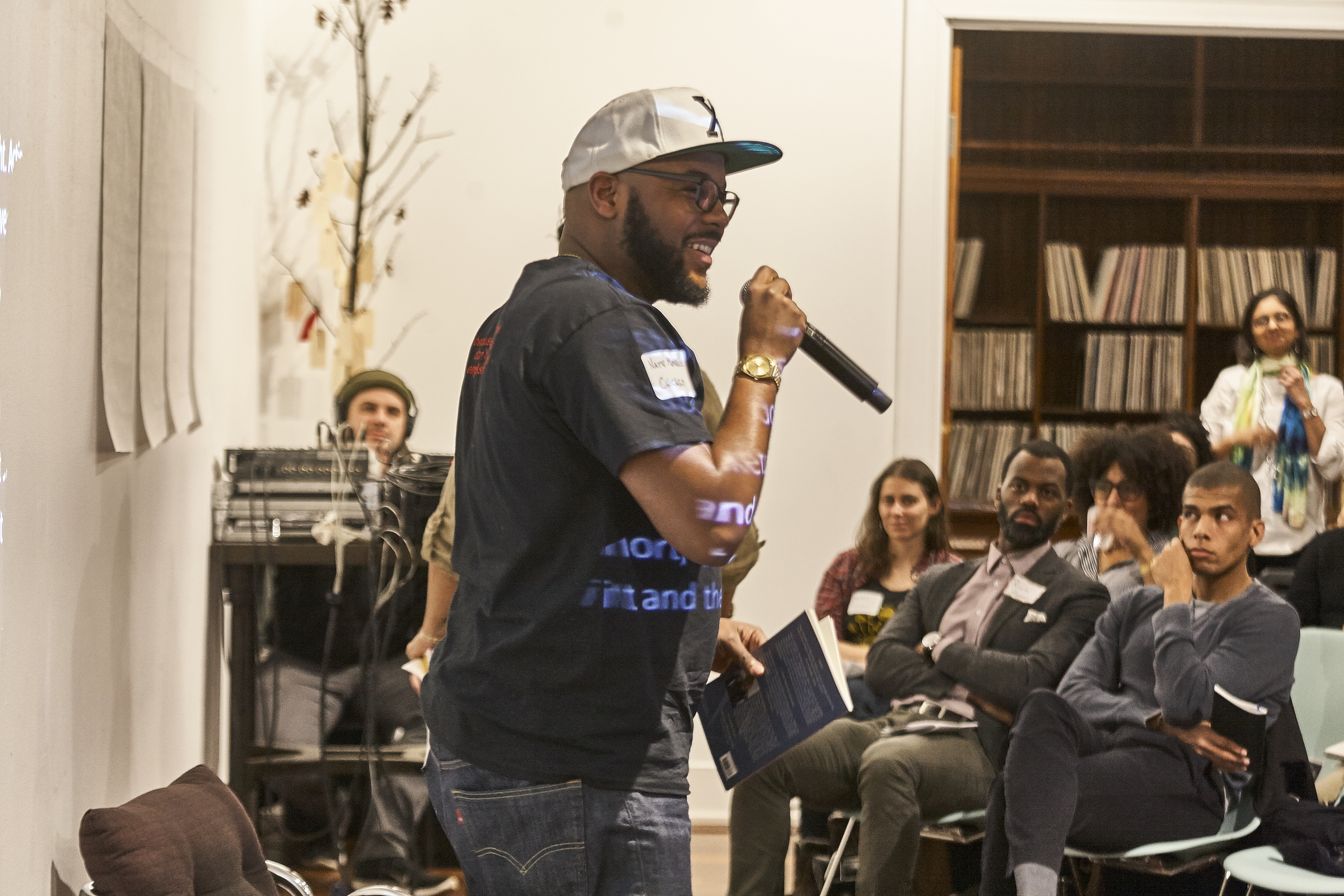 Nate Marshall, an award-winning poet and professor at Wabash College, shared from his first major publication of writing, “Wild Hundreds.” The Wild Hundreds is a term for Roseland, the area on the South Side where the street numbers enter the triple digits, a long seventeen miles from downtown. He spoke of seeing someone wearing a “Wild 100s” t-shirt in an early Kanye West music video.  Seeing that t-shirt linked his neighborhood—and existence—to the rest of the world. For a young Marshall, his neighborhood—and what qualifies it as a third space to him—was now relevant and validated because knowledge of its existence was now known to people outside of Chicago. He shared a sort of slogan for the neighborhood, “God made the hundreds, man made it wild,” which couldn’t be more true in the context of how this salon was an examination of people creating place over time—be it good or bad.

Next, Richard Steele, former host of WBEZ’s “Talk of the City” and lifelong radio personality, joined Ethan Michaeli, author of “The Defender: How the Legendary Black Newspaper Changed America,” in conversation with the salon members.  The two men have spent their careers chronicling Chicago for print and radio—but even more specifically, black Chicago. As an editor at The Defender, Michaeli described the newspaper as “an intellectual space for African-Americans to celebrate each other and curtail the rolling back of rights.” The community at the Defender had formed a third space for themselves, Chicago, within the journalism world, and within black history. In a Tribune interview last year, Michaeli expressed how that space has been transferred to Twitter. Online platforms are accessible to larger audiences, but also operate at a very different pace from print media, and often with different standards for accuracy. It seemed that Michaeli was concerned with media exposing lies and relaying truths—not just in general but about the topics that still separate races in America.

Steele offered a first-hand account of how migrations within Chicago produce effects that can’t resolve themselves despite time. They need to be addressed intentionally. His position opened up a conversation wherein many salon members relayed how their migration to other parts of their cities or the country was typically a result of opportunity as well as instruction. It isn’t news that generations of Americans have left home to seek their future and fortunes. But, what we are leaving in our wake—be it our grandmother’s house or the neighborhood that raised us—is reduced to all that we sought to leave behind. Taken on the whole, twenty-first-century city building is not only tasked with creating new spaces to accommodate migrating millennials, but has a responsibility to create “place” in the parts of the city that are most susceptible to becoming bygone.

Monica Chadha, founder of Civic Projects, has worked with IIT students to do exactly that with the Englewood Accelerator Space. A food-based business incubator, the Accelerator offers training, workspace and events that bring the greater community into the fold of their projects. Her exploration of creating place in order to generate community and commerce is just one initiative of private citizens and businesses taking the responsibility to create a third space in parts of Chicago that many are unaware of or ignore. What Chadha—and others undertaking projects like hers—need most is support, transparent partnerships, and the creation of policy that makes their work feasible, attainable and lasting. Like the Ethical Redevelopment salons themselves, these are places that become sanctuaries for legitimate community, collaboration and creative alignment. In essence, a third space.