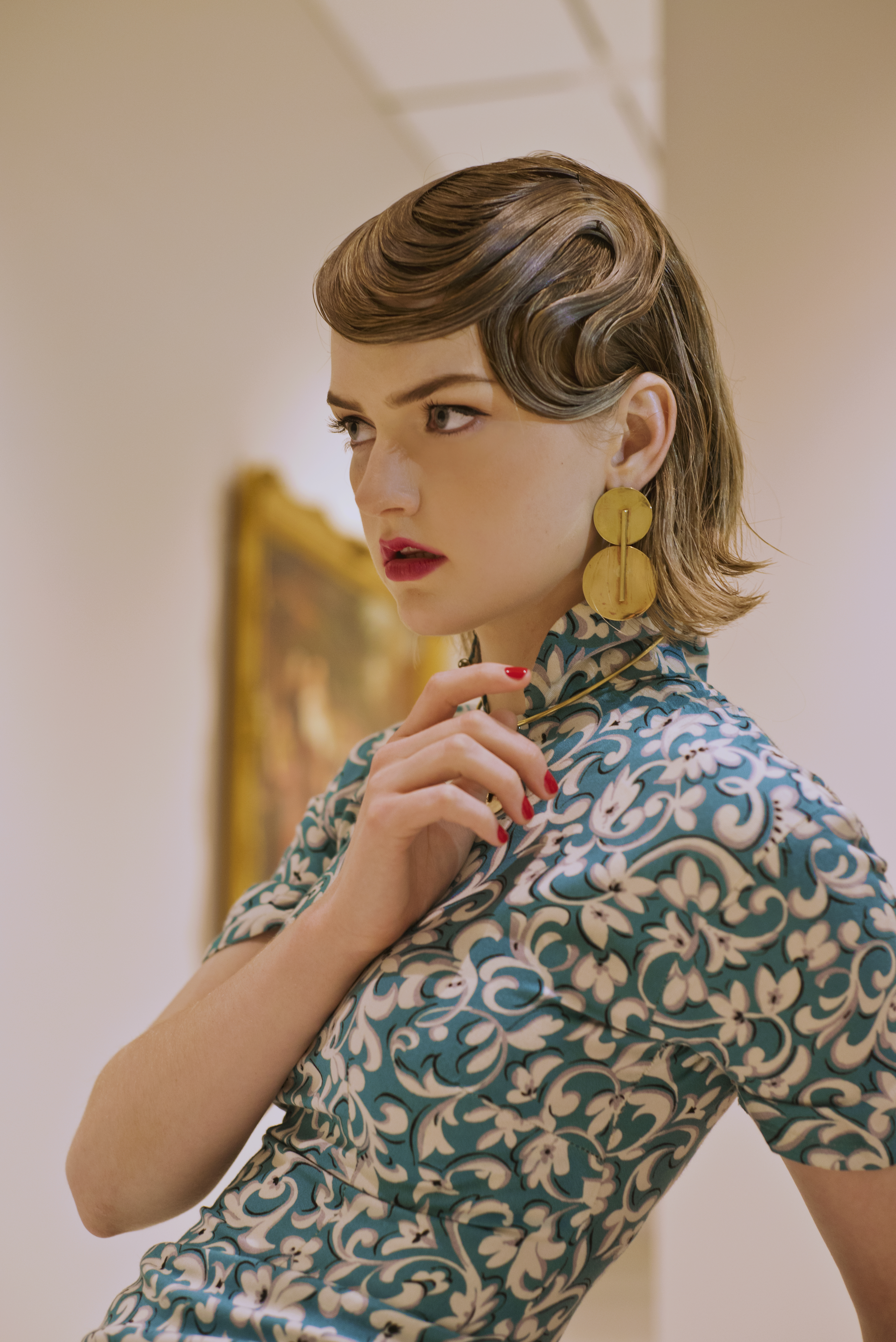 Meghan Lorenz is the designer and jeweler behind one-woman-company Cities in Dust Jewelry. An established Chicago jeweler since 2010, she has partnered with small local boutiques and brands as recognizable as Urban Outfitters and Madewell. These photographs of Meghan’s jewelry were taken at The University of Chicago’s Smart Museum of Art. Through June 11, the Smart is running an exhibit on “Classicisms” which showcases classical artworks and the re-imagination of classicism through different movements. 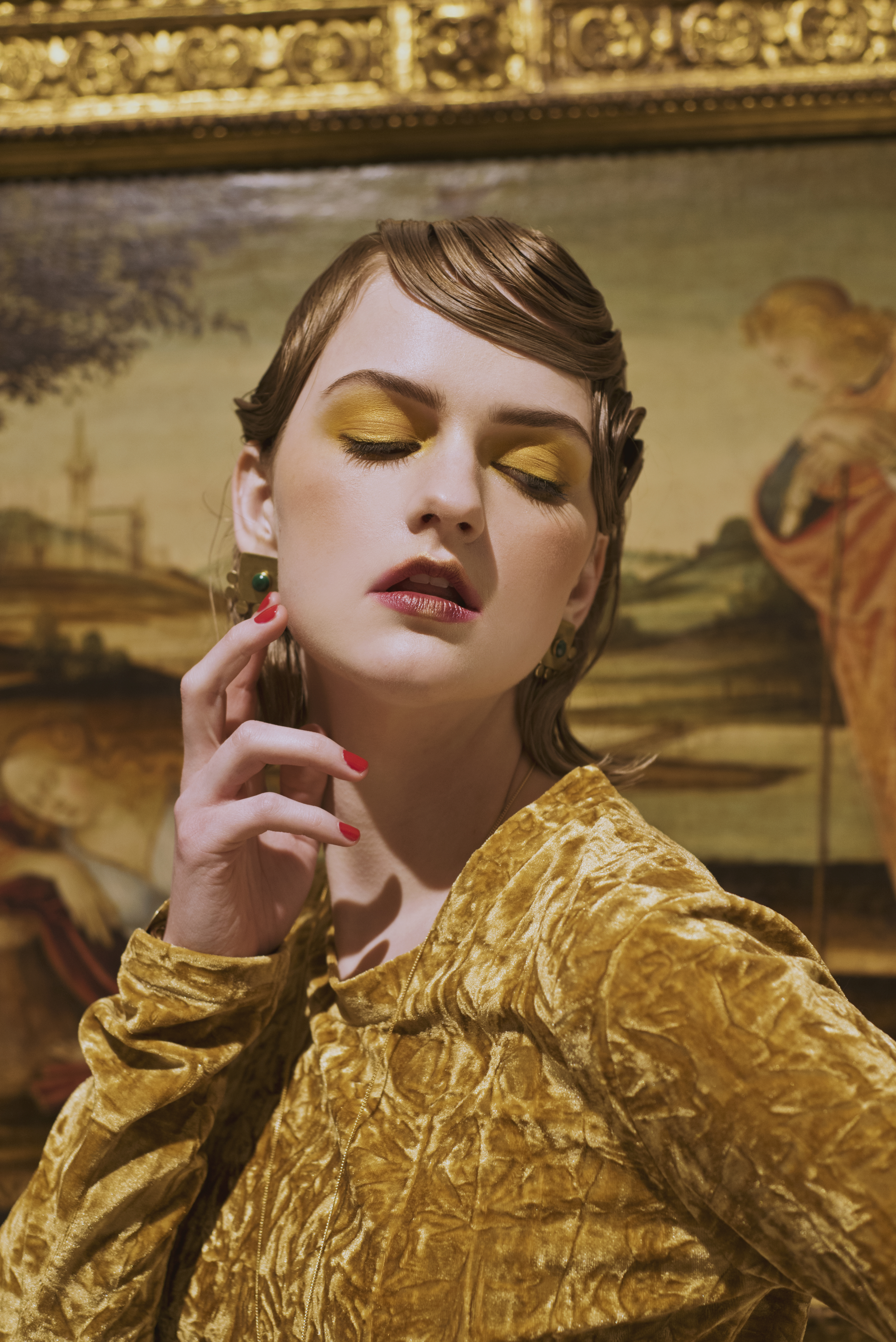 Tell us about the specific inspiration behind some of the pieces in the shoot.
For a lot of the pieces in this shoot I’ve been very inspired by jewelry of the old world. I’ve recently been really drawn to various museum collections of jewelry. I’ve also been doing smaller collections and limited-run additions. It’s been a nice break from production work. A lot of thought and time has gone into the feeling of these pieces. They definitely have a more artisanal approach. 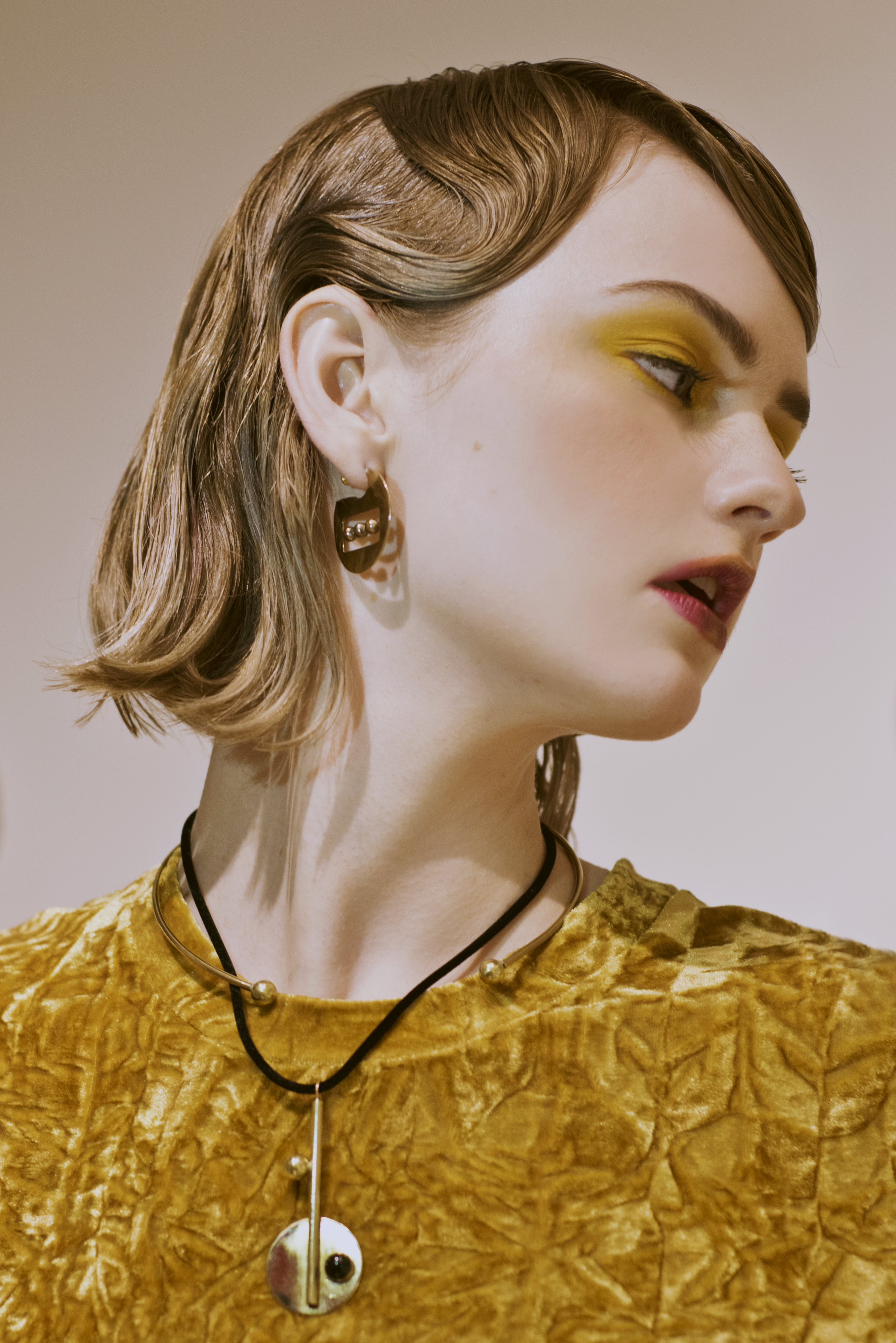 Where do you generally find inspiration?  Are there particular artists or design movements that influence you?
I think some of the most inspiring moments in time have been the Bauhaus Movement, mid-century modern, Hollywood regency, ancient Egypt, and the Roman Empire. I use Pinterest as a constant source of inspiration. I am constantly looking at art by researching online or going to museums. I want my work to be more like small art pieces while still maintaining a commercial jewelry business. 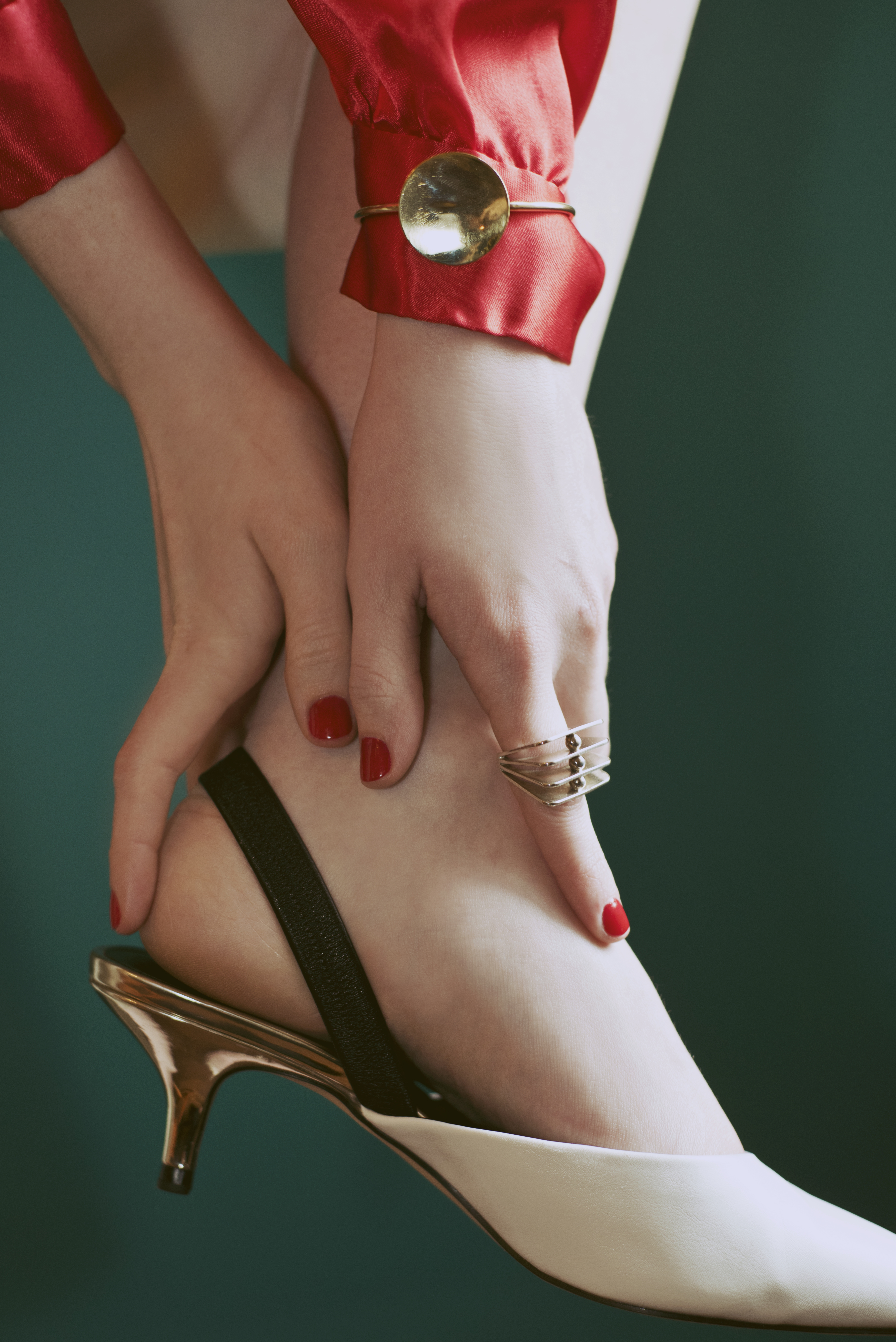 Confirm citiesindustjewelry.com for pricing and availability. Some items are only available via email: meghan.citiesindust@gmail.com.