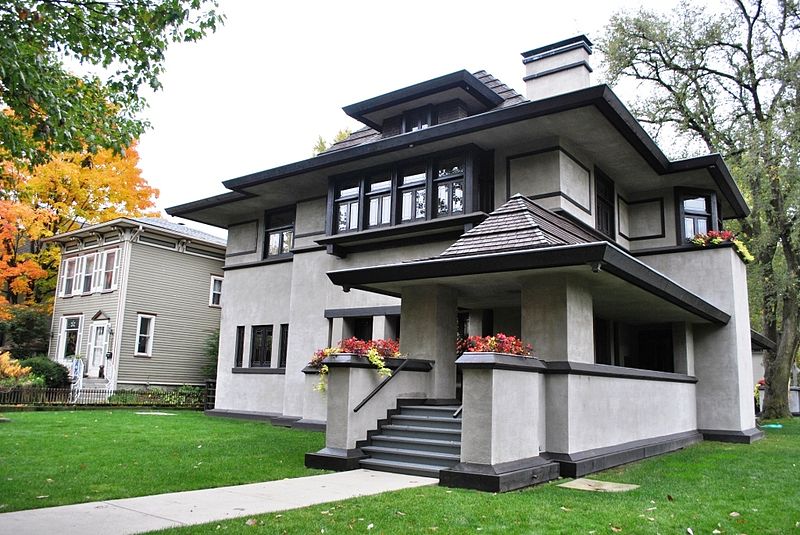 May 20 marked the official kickoff date of what will be yearlong festivities celebrating the 150th anniversary of the birth of Frank Lloyd Wright. The Frank Lloyd Wright Trust (FLWT) initiated the events with the annual “Wright Plus Housewalk” through the fabled Oak Park district where the twentieth-century’s preeminent architect first made his mark.

The event drew 2,500 people, who gathered for exclusive interior tours of eleven structures designed by Wright and his contemporaries. The Arthur B. Heurtley House (1902), Japanese-influenced Hills-DeCaro (1906) and the Laura Gale House (1909) were among those included in the tour. Wright Plus coordinator Angela Whitaker says it takes 500 or more volunteers to lead the educational tours for an international audience, and she commends their dedication and approach to the subject. Whitaker also praises the generosity of the homeowners who opened their doors and allow for visitors to experience “all kinds of different varieties of houses.”

“The Wright Plus 150 Housewalk allows visitors from all over the world to experience and explore Wright’s architecture in the context of the historic village where his visionary Prairie-style emerged,” says David Bagnall, FLWT curator and director of interpretation. While the Oak Park event grounds the 150th celebration in some of Wright’s initial iconic works, the event is intended to broadcast awareness and celebrate his legacy throughout the country. In New York, the Museum of Modern Art will be exhibiting “Wright at 150: Unpacking the Archives,” through September. The Trust will lead a group of members to New York to visit the exhibit and Wright works such as the Guggenheim as well. Also in September, the Trust will bring select members on a sojourn to Japan to learn how the country’s architectural landscape exerted an influence on Wright’s work. Back in Oak Park, the restoration of Unity Temple, Wright’s early twentieth-century masterpiece, that revealed how expressive the use of reinforced concrete could be, will reopen to the public this month. (Tracy Montes)