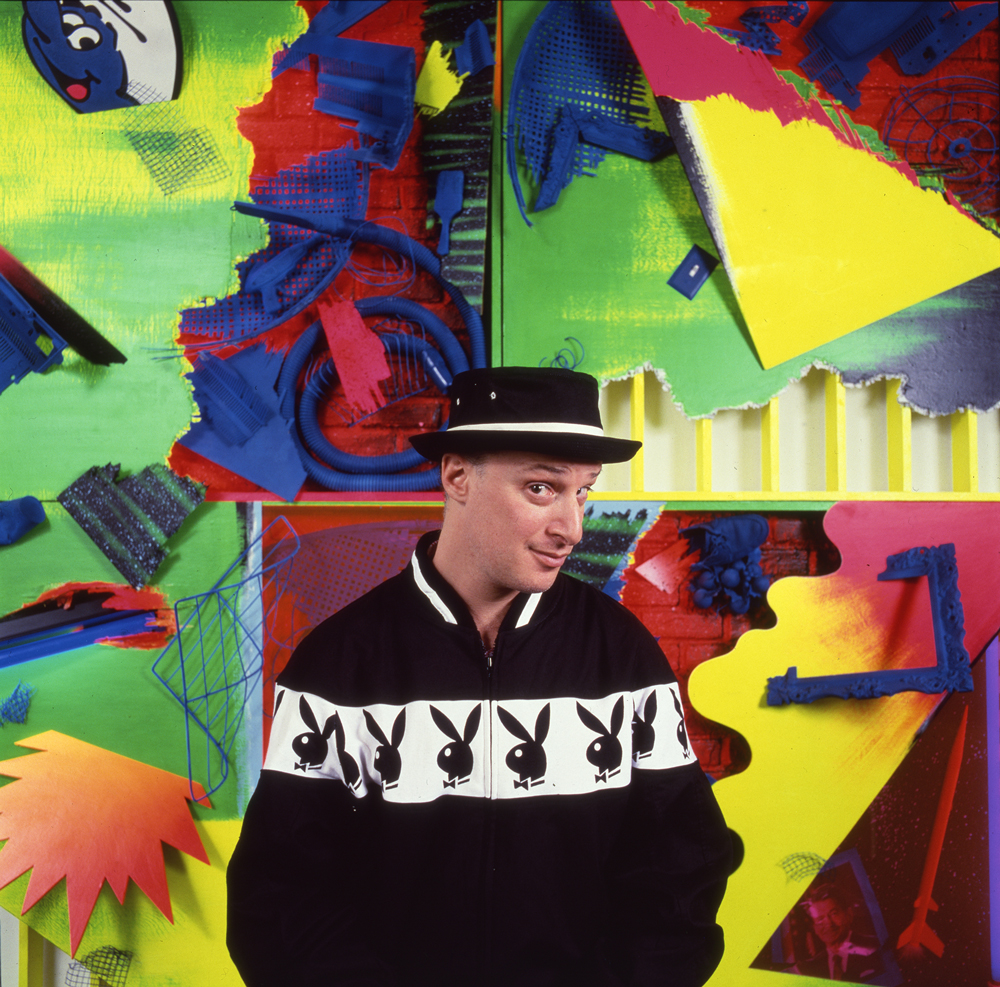 Portrait of Dan Friedman in front of “The Wall.”/Photo: Tseng Kwong Chi

“Live and work with passion and responsibility; have a sense of humor and fantasy. …Try to express personal, spiritual, and domestic values even if our culture continues to be dominated by corporate, marketing, and institutional values. …Think of your work as a significant element in the context of a more important, transcendental purpose.” But most importantly: “Be radical.” These are just four of Dan Friedman’s twelve-point “Radical Modernist” manifesto for life and work and one thing is for certain: it certainly is as wise, relevant and on-point as it was twenty years ago.

But “Radical Modernism,” is more than just plain writing. Photography, prints, furniture and design objects, distinguished by highly autobiographical elements, come together to showcase the iconic artist and designer’s philosophy, and immense influence on the creative scene. Experimentation, optimism and risk-taking are all at play at the Chicago Design Museum that provides a reflection into Friedman’s life and work through an exhibition curated by the designer himself prior to his passing in 1995.

The galleries become a colorful ensemble —bright oranges, reds and yellows— of heavy textures, big type sizes, collage elements and bold font colors—all quintessential to Friedman’s New Wave typography, a dynamic, experimental design style influenced by punk and postmodern language theory, that served as the out-of-the-box way to explore new forms of expression. Straying away from the formal structures of Modernism and the anarchy of Postmodernism, at the same time, Friedman pioneered the American Radical Modernist movement. Viewed as some sort of liberation of the traditional norms and constraints, this newfound approach soon moved across disciplines taking the form of eccentric pieces of furniture, three-dimensional, experimental sculptural installations, and found-object artwork that gives a nod to street culture. Themes of fantasy and reality, authenticity and appropriation, beauty, and diversity of mediums and cultures come to the surface as the viewer wanders freely, in no particular order, around the exhibition—one less barrier to jump over.

Advocating open expression of ideas, nonconforming creativity, and vigorous debate and speech, Friedman worked alongside contemporaries like Keith Haring, Jean-Michel Basquiat and Jeff Koons to shift the perception of graphic design as a purely commercial process to an essential element of culture. One of his masterpieces? His very own apartment, where his experimentation would reach new heights as he would turn found objects into extravagant DayGlo furniture using fluorescent paint and pigments. There, black-light and daylight fluorescent paints would give a feeling of a radioactive, post-apocalyptic dystopia that would intrigue 1980s New York.

An educator at Yale, and later the State University College at Purchase, New York, artist and author, among others, Friedman created the iconic Citibank logo, and joined design agencies Anspach Grossman Portugal and Pentagram, but was always one to reject corporate style. Amidst the AIDS crisis, he decided to dedicate himself to social activism, using his design work as a tool to address social change. Persistent, productive, experimental and socially conscious throughout his life, he managed to remain present through a long decade of fighting with AIDS himself. Just one year before his passing he wrote and designed “Radical Modernism”: The first step into understanding the irreverent, colorful and fun world of a great mind and thinker—an eternal optimist. 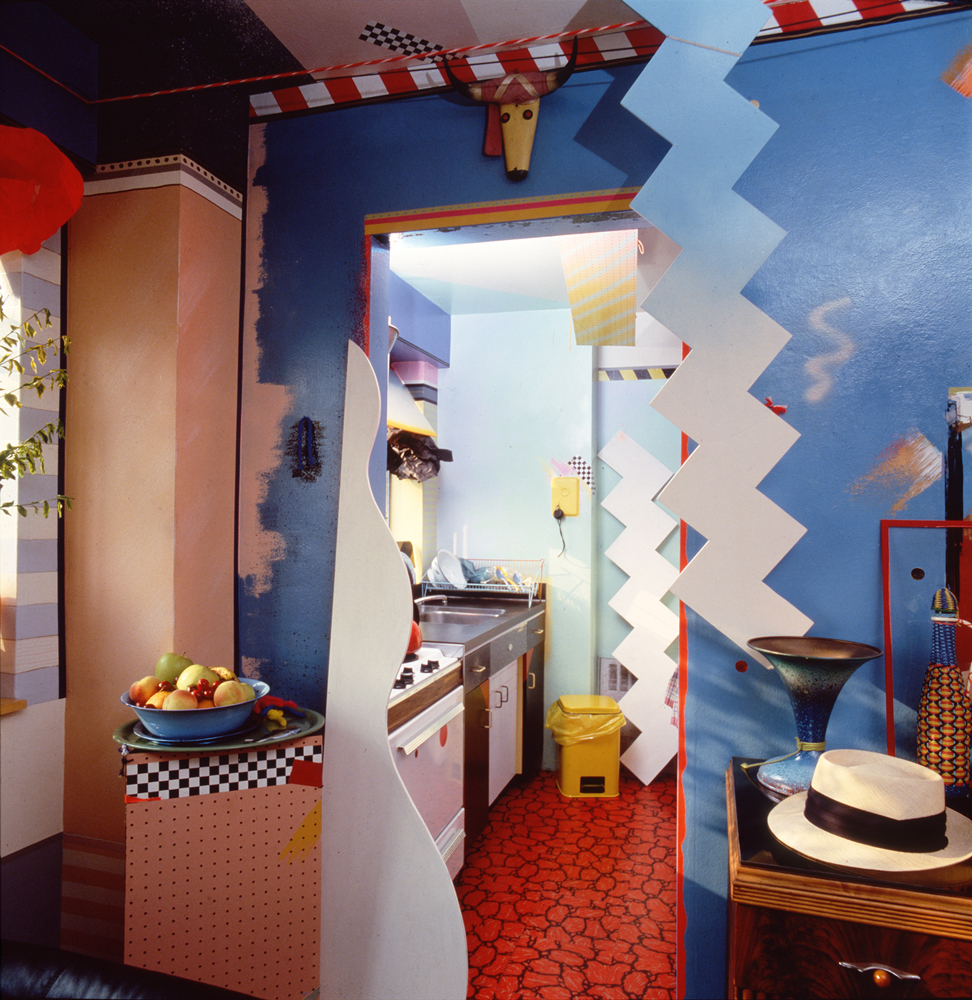