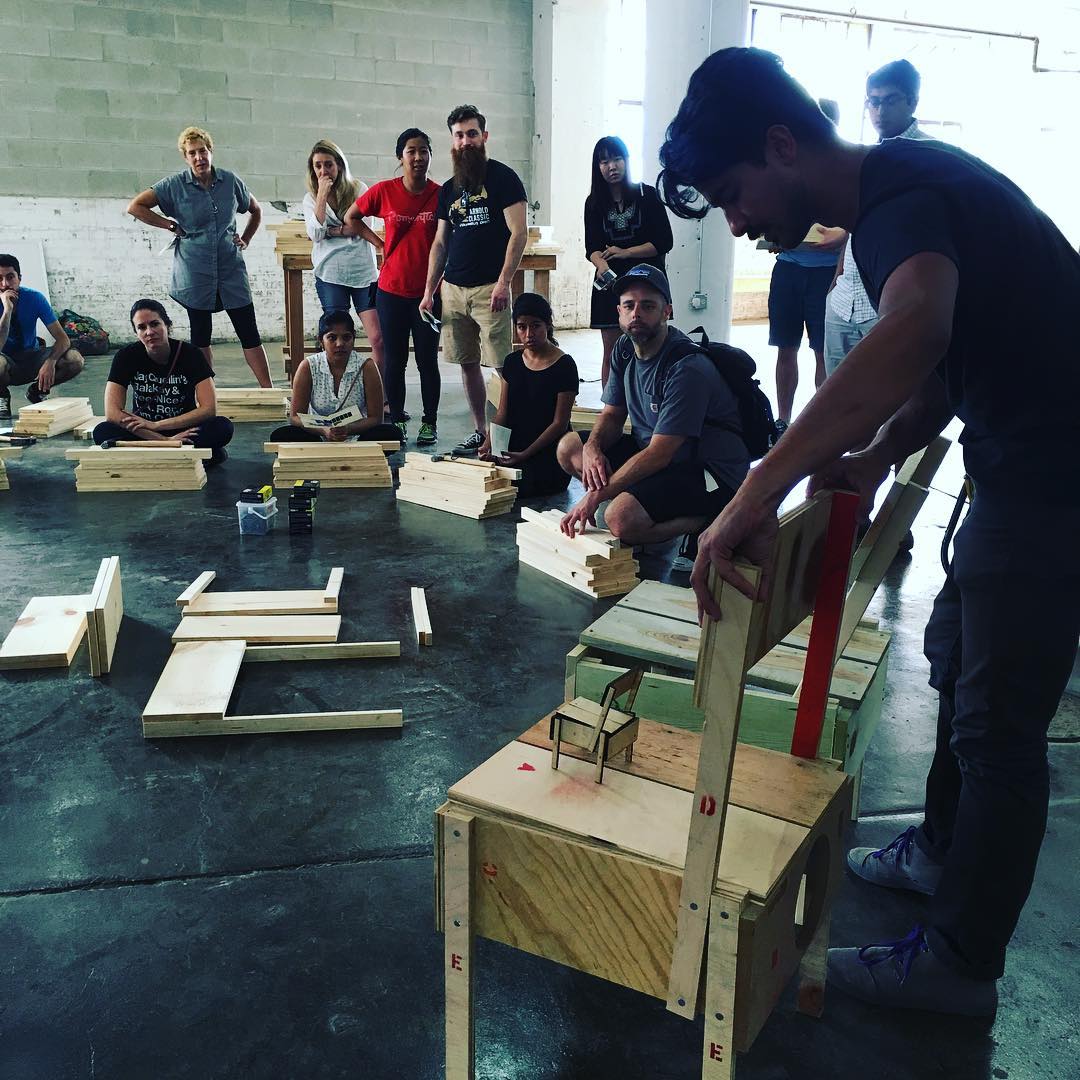 The first ideation of Lost Arts, Charles Adler’s entrepreneurial-cum-creative-cum-communal maker space, was located at the intersection of Morgan and Hubbard in the West Loop. But that was 2015, and the restaurant—and now tech—nexus that has subsumed that swath of the city eventually proved unsustainable at its price point.

Adler moved on, and was able to work out a deal with R2 Properties, who “offered space in a desolate building” on Goose Island. The space was the Pickens-Kane warehouse, a historic, six-floor storage facility cutting up from Bliss Street. The warehouse once served as a storage space for department store Wieboldt’s, with the traces of train tracks still leading up to the building. What made the space ideal for Adler was its anonymity—a little-remembered warehouse, and remoteness—on the public transportation desert of Goose Island.

The space mirrored Adler’s conception of how Lost Arts “focus is on the maker movement, and how tech can be infused into the arts.” The latest iteration features a design studio to focus on digital projects, a prototyping lab for technical undertakings, a workshop for using a more classic toolset, in addition to an events gallery.

Now, Lost Arts is in transition, looking to keep its momentum while seeking a new space in which to house Lost Arts’ community. While a space isn’t yet finalized, Adler assures that the Lost Arts programming will continue in the interim—at the Merchandise Mart, Cards Against Humanity and elsewhere. 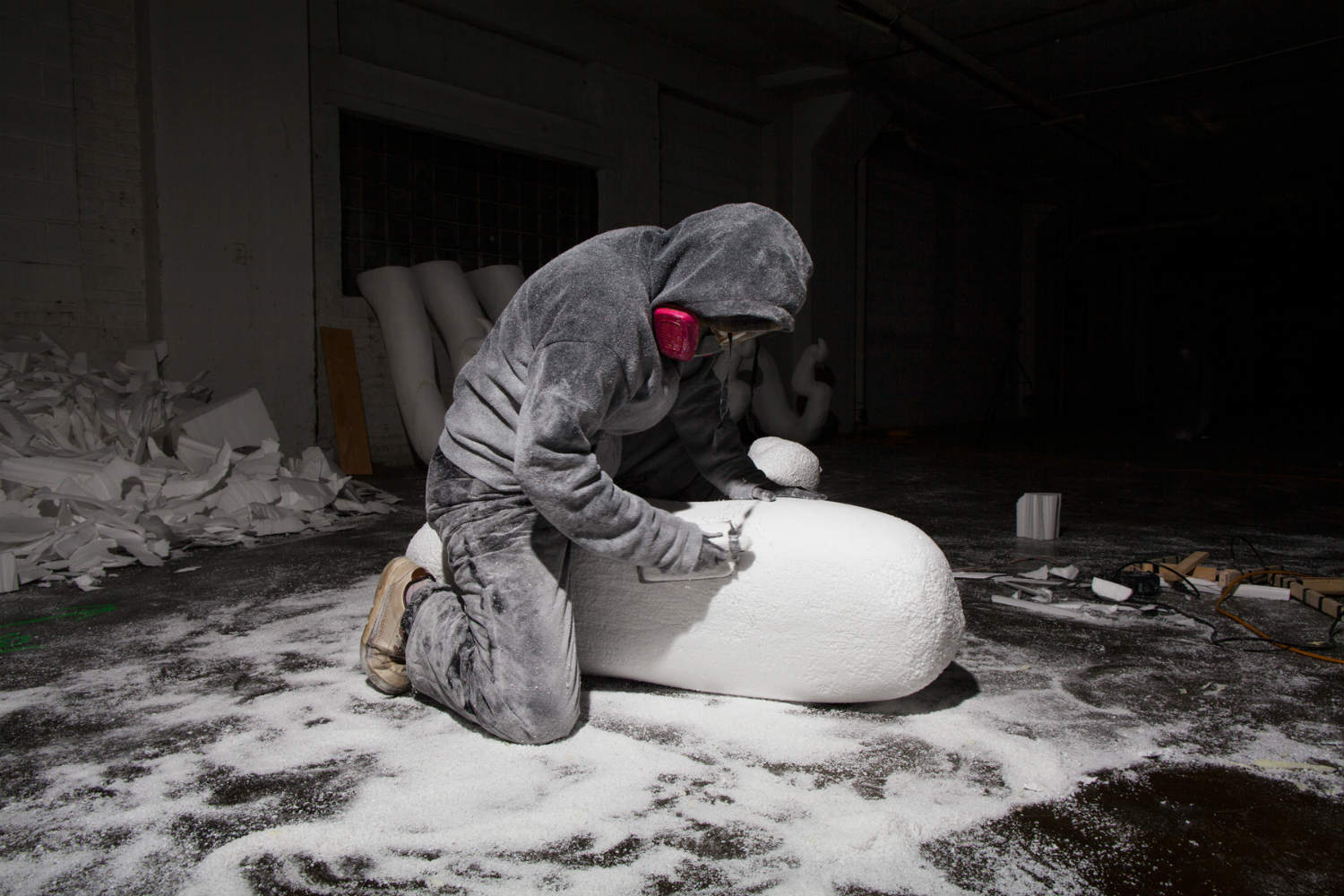 And what’s to come of the Pickens-Kane warehouse? R2 developers have proposed the North Branch River Campus, a project that turns the warehouse’s faded yellow face and mottled windows to sharp, modern work spaces. Targeting corporations and tech companies, the quad will be embellished with new foliage, cast-iron street lamps and a bike-and-pedestrian bridge linking the island to the Chicago Avenue Blue line station.

Newcity spoke with Adler about how the changes afoot, as well as how space helps shape a community of makers, provides a unique business challenge.

First off, Lost Arts is saying goodbye to the current space on Goose Island. Is this a form of sabbatical? Can you explain the context of the move?
This is our second experiment, which was intended to fulfill a six-month process in the Goose Island location. Our first experiment was in 2015, just a month in the West Loop. We pursued the questions: What does it take to operate the space? What is the economic potential of community built from tech? And because there were still many things to learn, we extended it to thirteen months. But at this point, we don’t want to become hamstrung by space so we are looking forward to the next.

Your website mentions the “interdisciplinary space of Bauhaus and Black Mountain College.” What lessons did you integrate from the Bauhaus movement into Lost Arts?
Yes, I’m interested especially in how each institution championed accessibility to other disciplines. Modern education usually doesn’t look like that, and you are more likely to work within a strict curriculum. Here, I would say that the SAIC is the modern iteration of Black Mountain College. Elsewhere, SCAD, Columbia, RISD et al are looking to build bridges between schools, to avoid silos, even installing someone at each school responsible for building bridges between them. I see this continuing to happen, as the academic world embraces a “barrier-less” method of working. Lost Arts has a relationship with many schools in the Chicago area—SAIC, DePaul and IIT, and each is different in what they seek from our space and programs, in what elements they are missing. What is common across each of these schools is that they are interested in different ways of supporting students within and connecting them to a larger community. 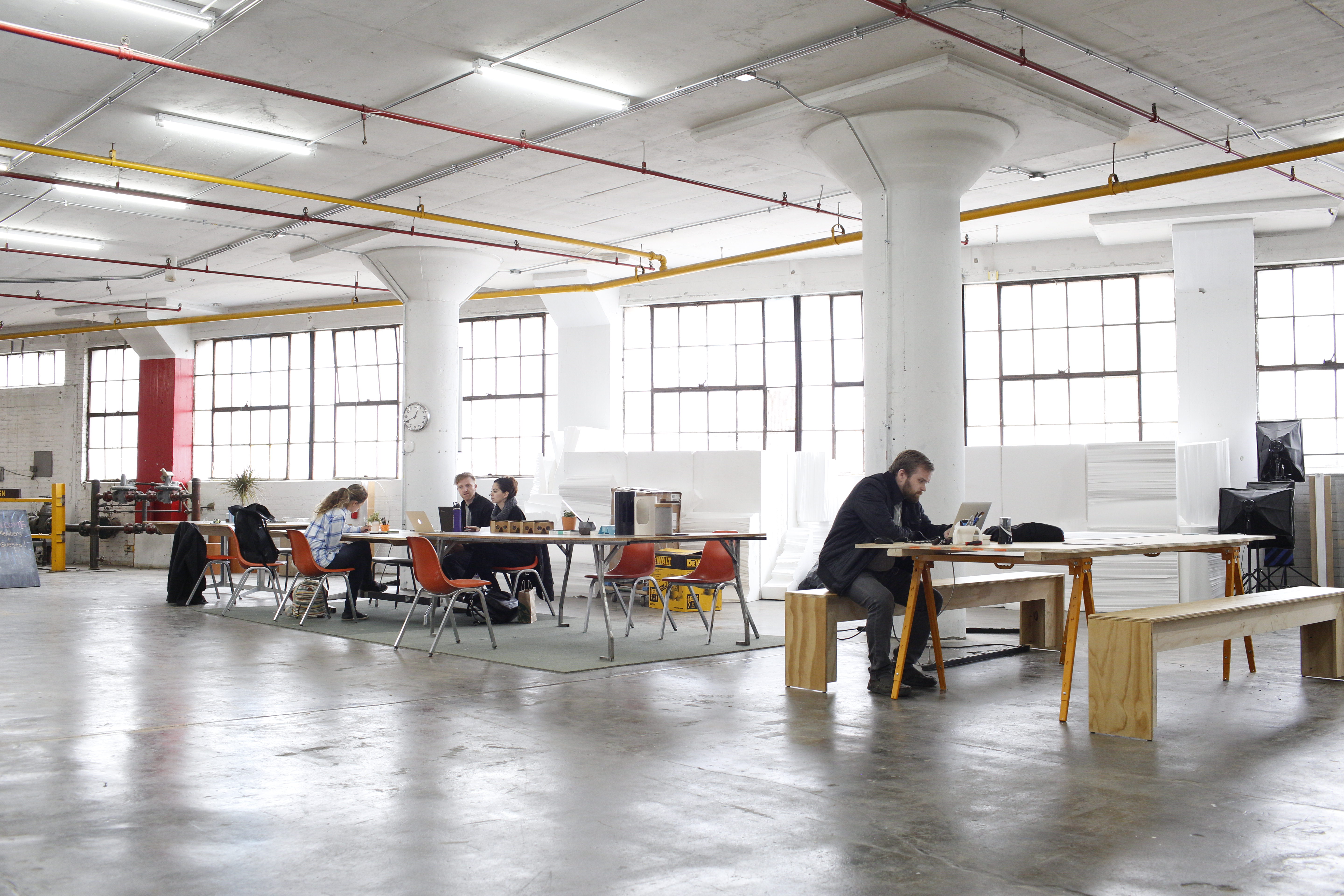 Talk about the Goose Island space, especially with its long industrial history from Little Hell to “Chicago 2.0” tech center. What attracted you to the Goose Island space in the first place?
It just happened to be where we were offered a space, and it turned out pretty ideal. Its attributes—the interior architecture, location and history, exudes transparency and visibility as a workspace—perfect for softening barriers between disciplines. It’s also important to recognize our context on an island. I’m interested in how what happens on the island becomes a lens into the opportunities for the rest of the city. It functions as a small version of the city, a microcosm with a college, industry, food and research. Goose Island doesn’t have an identity, but exists more as a collection of disparate entities. Goose Island contains a narrative that it is a tech space, and is becoming more increasingly so. I think that’s a bit myopic. What do we have to offer to this blank slate?

In what kind of location, space, even neighborhood, would you like to see the Lost Arts community live in the future?
Through earlier phases of the project, we didn’t want a space in the Far North Side, not in the Far South Side—in this conversation about the best location for our space, we focused on a location that offers equal access. This is our intention, but of course there’s no nirvana. We are engaged in a balancing act to engage a cross-section of the city, whether in skills, discipline, orientation, race, sex or otherwise. It all speaks to an overall goal: how do we make an equal Chicago?

As for Lost Arts’ next step, we are going through a change from a specific space to temporary moments. We want to celebrate the amazing people we’ve met and what they’ve done, and we have plans hatching on how to end this phase of the project in August with a bang. We really want to pay homage to the hard work that has defined the project thus far, and continue to have the events, parties, talks and workshops that bridge these diverse makers and their work.