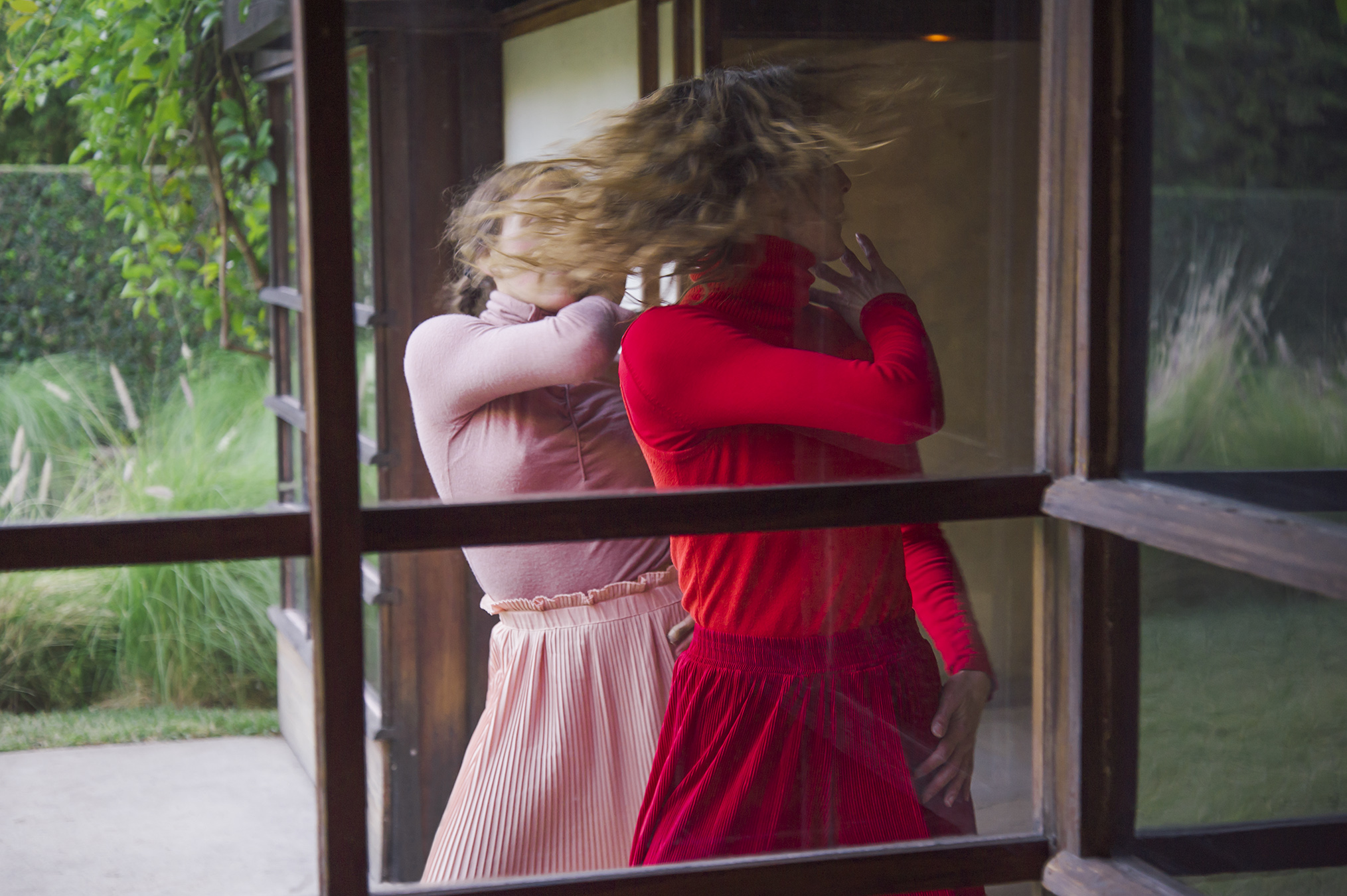 The Bessie-award winning, Los Angeles-based collaborative duo Brennan Gerard & Ryan Kelly will bring an eagerly-awaited installment of their ongoing “Modern Living” project to the city for this year’s Biennial. Taking place during the press and professional previews at The Farnsworth House in Chicago’s western suburb of Plano, Illinois, the site-specific performance will continue their investigation of “intimacy and domestic space within legacies of modernist architecture.”

It sounds deceptively simple, and visitors will be forgiven for making associations with fellow Biennial participant Iñigo Manglano-Ovalle’s 2014 “Seven Thousand Cords (After Beuys)” which countenanced an altogether different engagement with the Farnsworth. Organized as if the chapters of a book, each installment of “Modern Living” uses movement, choreography, dance and performance to engage the formalist logic of modernist architecture. These new Farnsworth performances will follow up on the groundwork laid at two previous chapters, staged “at the Schindler House in West Hollywood, California, and Phillip Johnson’s Glass House in New Canaan Connecticut, in which Gerard & Kelly used the architecture as choreography for relationships to propose new modes of intimacy not only between the dancers but also among performers and spectators.” For it, they will have three dancers performing “solos, duos, and trios, spread throughout the interior and exterior spaces of the site, all reflecting on the condition of solitude,” with the solo standing in for Farnsworth herself. Having developed the first two chapters in collaboration with L.A. Dance Project, they will continue working with some of the dancers from that company who are no longer associated with the company and also some new performers, with the solo shared between dancer Julia Eichten and Zack Winokur.

Gerard and Kelly’s performance work thus builds on that of such figures as Yvonne Rainer, associating movement within landscape and architecture as environmental response and, more recently in Chicago, with the work of Michelle Kranicke and architect husband David Sundry, whose work with Rainer contemporary Deborah Hay broke new ground. At times, the architectural elements of these approaches can overwhelm less rigorous, or simply insufficiently effectual movement work, or be itself overwhelmed by the intensity and dramatic power of well-wrought movement cognizant of its staging. As a stated intent by the duo to address the “formation of queer consciousness,” these interventions seem well-aligned with the transformation of domestic space, and particularly within the context of the Farnsworth House, which was famously designed in 1945 by Mies van der Rohe at the request of his patron, Chicago doctor Edith Farnsworth, who eventually abandoned the home, unsettled as she was by the near-complete transparency of its design. It’s a distinct break from the previous two installments, admits Brennan. “What’s also interesting about this piece is that the first two chapters took place in homes that were designed and lived in by the architects themselves.”

Still, that separation of context is also overcome to a degree by yet another, completely separate component of their work at these locations: producing video installations from the sites themselves. “This will be the first time the two parts of the project will come together,” Brennan further explains. “At each site we also shoot a video, which is a separate work and Chicago will be the first time that the video installation from the first two chapters will be shown at the same time that the performances will be happening.” Visitors to the Biennial can view the videos while on display downtown at the City Gallery in Chicago’s Historic Water Tower. (Michael Workman)