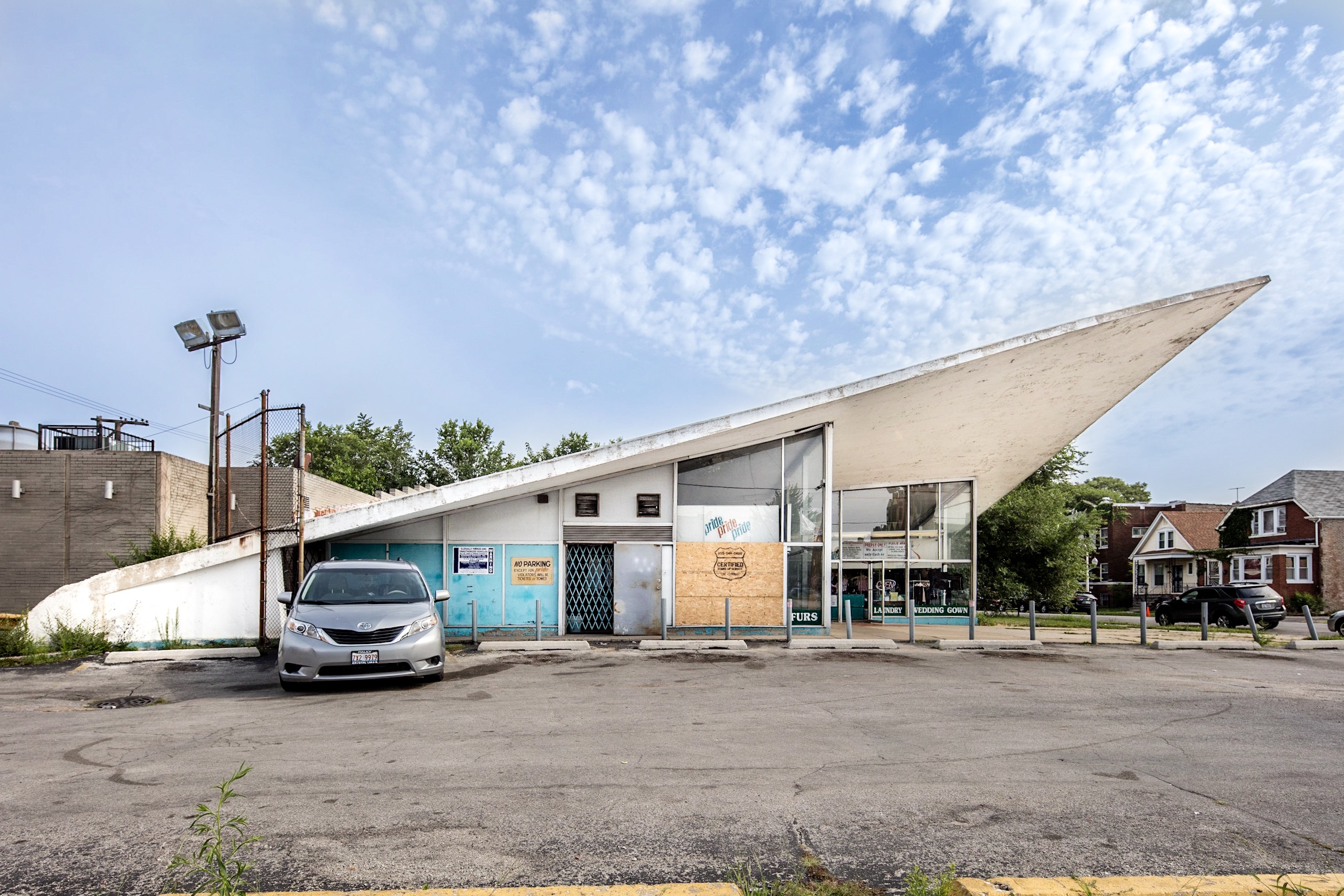 Two decades ago, Lee Bey was called to photography by a camera—a sexy 1957 Argus rangefinder he admired while browsing a resale store on Lincoln Avenue. He walked away without purchasing it but he swears the camera nagged him for two days, saying “come get me.” And he did. This fall, Bey’s work will be featured during the Chicago Architecture Biennial in an exhibition of architectural photographs called “Chicago: A Southern Exposure.” The large-format photos will be on display at the DuSable Museum of African American History where Bey recently took on the newly created position of Vice President of Planning, Education and Museum Experience.

A native South Sider, he grew up admiring the buildings he now photographs. He proudly claims, “the city’s best architecture, outside of downtown, is on the South Side of Chicago.” These buildings, he says, are often overlooked. Tourists don’t often visit the South Side. Bey is passionate that they deserve to be looked at in their own right. Rather than focus on a specific genre or time period, “A Southern Exposure” will include a survey of South Side icons including many of the architects and styles that made Chicago famous. There are buildings by Frank Lloyd Wright and Daniel Burnham, as well as modernist masterpieces such as the the Law School at the University of Chicago designed by Finnish architect, Eero Saarinen in 1959.

To encourage his viewers to explore the city, he’ll show some of the buildings in their neighborhood context. In one of the photographs to be included in the exhibit, the 1959 Dr. E.J. Ingram house on 65th and Eberhart designed by African-American modernist architect Roger Margerum, is shown with a neighboring bungalow in the background. By showing the buildings in this way, Bey is elevating the surrounding vernacular architecture. He says, “The idea that people from other places will come to see this work is very exciting. I am hoping they aren’t coming here to look at a pretty thing only. I want to give them a taste so they want to learn more.” He hopes they see the beauty in the bungalow and go to see it for themselves.

In “A Southern Exposure,” the life of the architecture will be on display. Unlike many traditional architectural photographs that are devoid of people, these photographs will feature black and brown people inhabiting buildings and spaces. Think Julius Shulman meets Roy DeCarava. “In the neighborhoods, the people who live there—generally people of color—are the caretakers of these buildings, the stewards and the owners of these structures. These are not the buildings that some previous occupants left behind, and that’s the end of the story. These buildings are cared for, valued and nurtured by the people who live there.”

HIs current role as a museum vice president actually came about as he was working on the show. While planning and shooting, he had many conversations with museum president and CEO Perri Irmer. She ended up offering Lee a job. In his career he’s worked in politics, architecture, civic engagement and urban design and taught at the university level. He is excited to be at the DuSable at this time, working to shape the future of the institution. Lee says; “It is a great time for us because there is interest in the narrative. You can tell these things in other places and tell a fine story, but to have it here in a black institution, and to have the story told by black people and have those exhibitions in the context of other exhibitions for and by black people gives a richer story, a richer history of who and what African Americans and our experience in this country has been.”