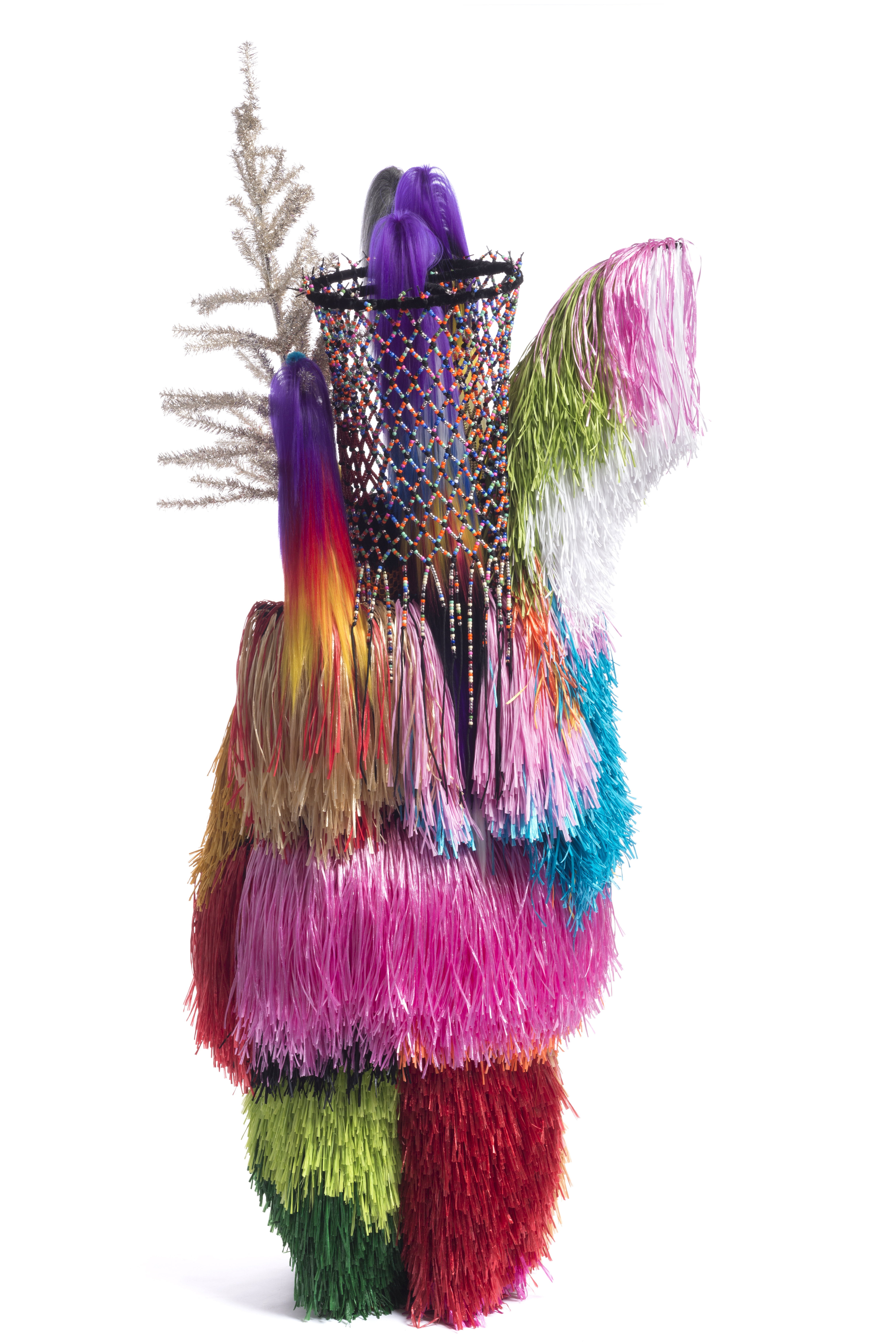 Nick Cave is bringing Soundsuits. Jeanne Gang and Studio Gang Architects are showing up with Stage Buoys. In a tradition of public events that have transformed cultural landscapes in New York, Atlanta and Detroit, they will collaborate to present “Here Hear Chicago,” a performance series at Navy Pier during EXPO Chicago and the opening of the Chicago Architecture Biennial.

Cave, who heads up the fashion department at the School of the Art Institute, began making Soundsuits, his larger-than-life-sized wearable sculptures, in 1991. Some are tall and stately, made of embroidered and sequined fabrics, and elaborately adorned with found and other quotidian objects, such as buttons, beads and plastic figurines. They have been presented in solo exhibitions at the Chicago Cultural Center (2006) and Cranbrook Art Museum (2015). Cave’s exhibition at MASS MoCA this summer, “Until,” explores gun violence, race and gender.

“HEARD” Soundsuits embody the wild exuberance of four-leggeds: horses with flowing manes made of raffia-like material that whoosh when they move like wind spirits. Bright towering figures, “Up Right” Soundsuits are constructed with found objects and raffia that swirls as figures dance and spin.

Cave’s first Soundsuit, a hulking beast made of three-inch twigs, was a protective body costume, armor and camouflage that he created following the televised beating of Rodney King.

Cave’s work continues to be intensely political and intensely personal—but no longer defensive, offensive or protective for the performers and audience. Combining the magic and splendor of African shamanic ceremony, Haitian vodou flags and Mardi Gras parades, the Soundsuits are a confident, celebratory expression of righteous warriors who discover and display their own power to “enter a world,” says Cave, “they have complete control over, like warriors of their own destiny.”

“Up Right Chicago” will feature ten initiates and ten practitioners, including Cave and longtime project partner, Bob Faust, who will ritually dress each initiate in their Soundsuit, preparing them to stand “upright” to pursue their destiny. The rite of passage, “a call to arms, head and heart,” Cave notes, “preparing mind, body and spirit to face the forces that stand in the way of selfhood,” begins with a loud burst of explosive energy, then slows for a processional performance, accompanied by the instrumentation of jazz artist Kahil El’Zabar, other local musicians, and voices of the Chicago Children’s Choir.

“Up Right Chicago” will be anchored by the more than 200 Studio Gang-designed Stage Buoys—self-balancing, “upright” objects with a mirrored finish that reflect movements of and interactions with performers. Inspired by traditional sea buoys, amid waves of movement among the Soundsuits and audience, the objects will maintain equilibrium and balance.

The Stage Buoys will also lend form and a sense of space to the “HEARD Chicago” performances that follow. Like the “HEARD Detroit” performance I attended along the Detroit RiverWalk in 2015, “HEARD Chicago” will celebrate a collective reclaiming, an opportunity for joyful warriors from throughout the city to show up and stand up for our destiny and our sacred places. (Aaron Rose)