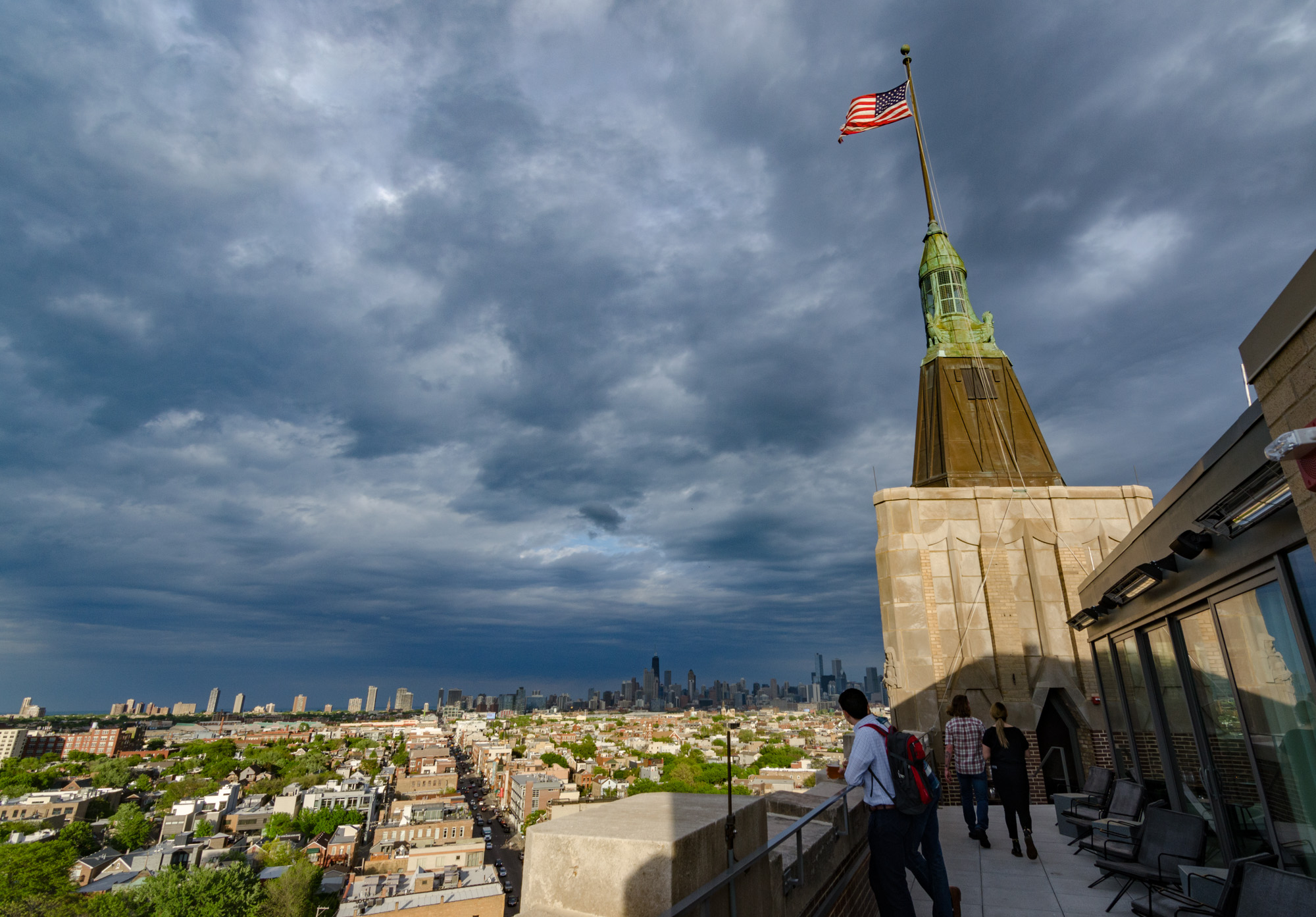 If the opening of this year’s Chicago Architecture Biennial has left you needing another fix, the annual, citywide Chicago Architecture Foundation Open House will satisfy. Recently announcing plans to relocate from the Railway Exchange building, its home for a quarter century, to 111 East Wacker, the Foundation has gained significant momentum, with its annual Open House program proving no exception.

Counting a list of more than 250 participating locations, up from last year’s 150, the surge parallels growing excitement over the Biennial and the deepening focus on Chicago as the nation’s laboratory for cutting-edge architectural theory and praxis. For some, including first-time participant Ghian Foreman, representing the Armour Institute, Overton Elementary School and Schulze Baking Company, participation has the potential to intervene on and transform the national narrative about Chicago. “When you talk to people from out of town lately, the first thing they ask about is the violence,” he explains, and he clearly sees the chance to venture outside one’s familiar confines an important, salutary act of courage and civic curiosity. “I think Open House helps people to see something different. I think it helps people in the community appreciate the community more, and people outside of the community hopefully get a different appreciation for the city, and parts of the city that they would not normally explore.” Architectural historian Ken DeMuth, with firm Pappageorge Haymes Partners, backs up Foreman’s assessment and sees the city’s future as brighter than often depicted. “While much of the media is focused on the violence, declining schools and population shifts, the city meanwhile has the highest urban core growth for residences and corporate headquarter relocation.”

Overcoming historic divides, of course, was built into the genetic code of the city’s historic plan from its earliest days and as much architecture does, involved onerous efforts to bend daunting natural forces to meet the aspirations of prosperity. One of the first sites to participate in the program, for instance, the McCormick Bridgehouse and Chicago River Museum, is emblematic of that legacy. Situated inside the bridge house, the museum provides a rare chance for the public to actually enter and have a hands-on experience with a functioning tower, see for themselves the humble technology (they’re raised with just 108-horsepower motors), and learn about people and historic efforts that made lift-bridges possible. Now in its fourth year in the program, veteran Open House participant Joanne So Young Dill, director of strategic initiatives at Friends of the Chicago River, sees it as a way to showcase how harnessing the natural power of the river provided a foundation for growth out of which the earliest incarnations of Chicago as a world city arose. “The Chicago River established the city and our bridges and the bridgehouses are symbolic of the city’s industry and growth,” she says. “Our Michigan Avenue bridgehouse in particular is interesting because it is a part of Daniel Burnham’s Great 1909 plan connecting the South to the North.” 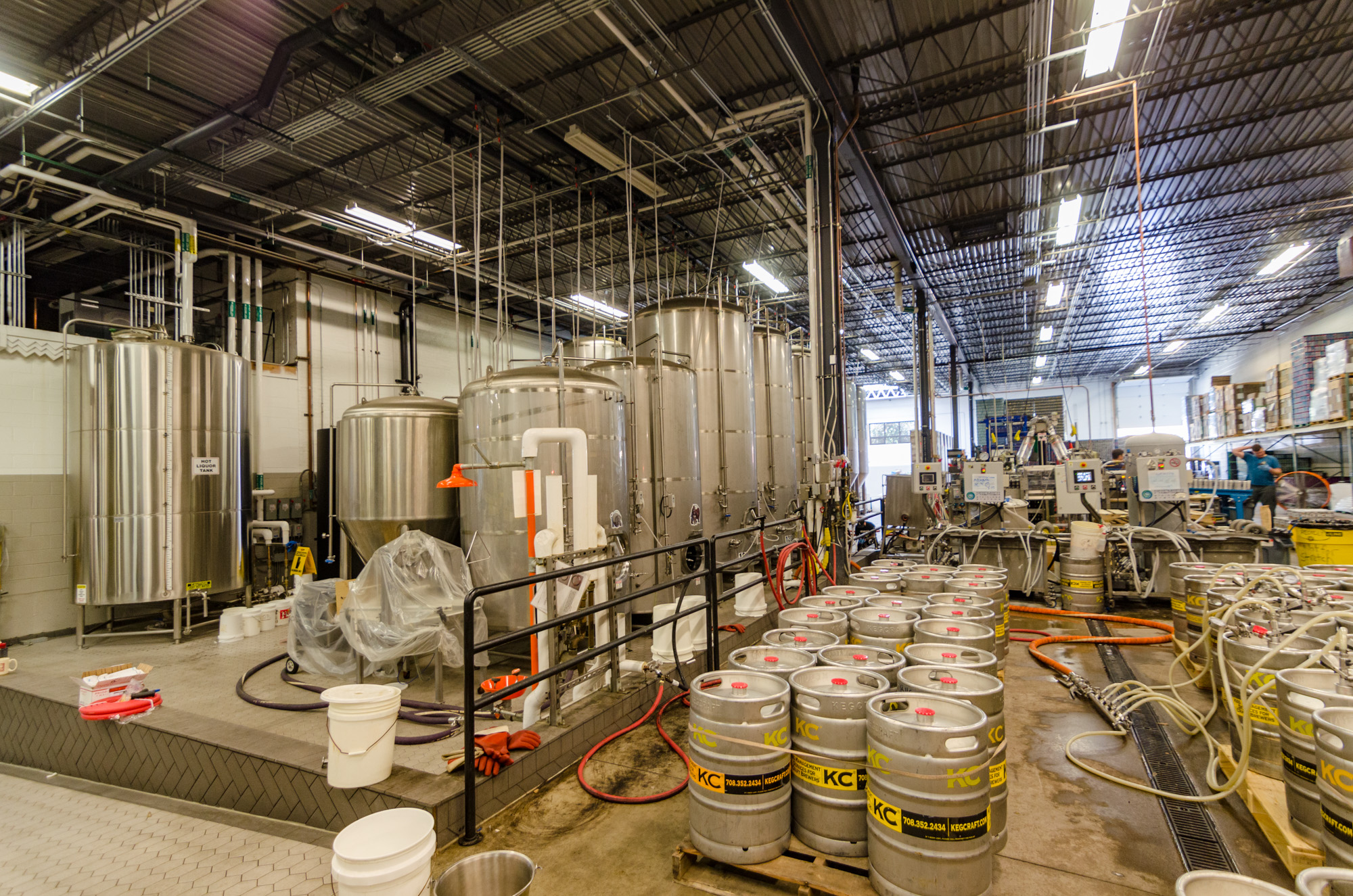 Driving the engine of that effort to unification of the north and south of the city, and of the country that surrounds, informs and defines it, was the effort to prepare for the needs of industrialization, which defines much of the last century and a half’s thinking about building design now on display. Industry was and continues to be drawn into the city from technology and film, aerospace and arts, often because of preparation that led to eventual opportunity, creating a dense cross-section of diverse interests that find homes comfortably within the city’s vast array of architectural resources. Recent examples of such renovation for modern use include both the 60,000 square-foot Half Acre Brewery on Lincoln Avenue in the Ravenswood neighborhood’s newly branded “Malt Row,” and Wicker Park’s The Robey, with its soaring redesign by Belgian architects Nicholas Schuybroek with interiors by Marc Merckx, both new additions to the program.

As much as the city’s dense center of gravity draws the historic architecture that already exists, and is endlessly modifiable to changing needs, it also serves as a deep reservoir of sociocultural memory. Take Foreman’s Schulze Baking Company Building at 40 East Garfield Boulevard, which stands as a site marking the industrialization of domestic food service. “At the time Schulze was built, most households bought their bread every day from the corner bakery or baked it themselves,” says Demuth, who also sees in it signs of commercial overreach that led to the co-optation of domestic skillsets, an overreach that was planned and successfully sold to the average American en masse by cultivating an image of industrial food service as squeaky clean, an idea outright laughable by today’s standards. “Schulze was as much about a cultural cooking revolution as it was about creating a competitive bakery product. The glossy white building and delivery drivers in uniforms were intended to reinforce the image of freshness, consistency and sanitation. Corporate America’s invasion of the household.”

Such cultural history, more than just educational or a matter of public image, informs how participants such as Foreman also see the potential of Open House to push for a deeper engagement, including needed changes in preservation policy that can make a difference in vulnerable parts of the city where developers might not respond to the potential of existing structures. “I hope some lenders come visit and decide to invest. I hope we find some good people from the community who want to come work with us to help make the community better,” Foreman asserts. “I hope the Governor, Speaker Madigan, Representative Cullerton, and other state legislators come visit our sites, and other sites to see how much more we could be doing if we had a state historic preservation tax credit. All of the surrounding states have this credit, and it has been an incredible tool for historic preservation. In underserved areas like Washington Park and Bronzeville, a state tax credit would help development take place, and actually add to the economy.” Now that midcentury modern buildings are eligible for historic preservation status, that could mean saving whole zip codes worth of architecture that could serve as the lure for long-term growth, rather than the short-term profit motives, too often serviced by racially motivated narratives of “underclass” areas redlined out and unnecessarily driven into disrepair, resulting in disproportionately adverse economic outcomes for their resident populations.

DeMuth agrees that incentives for preservation are not only preferable, but rational and sensible self-interest. “In spite of what politics and the media may spin, cities historically grow along lines of adjacency which bodes well for the South Side and West Side. We need to make sure already existing residents and businesses, together with the vast and potent infrastructure there are taken advantage of rather than pushed aside or replaced.”