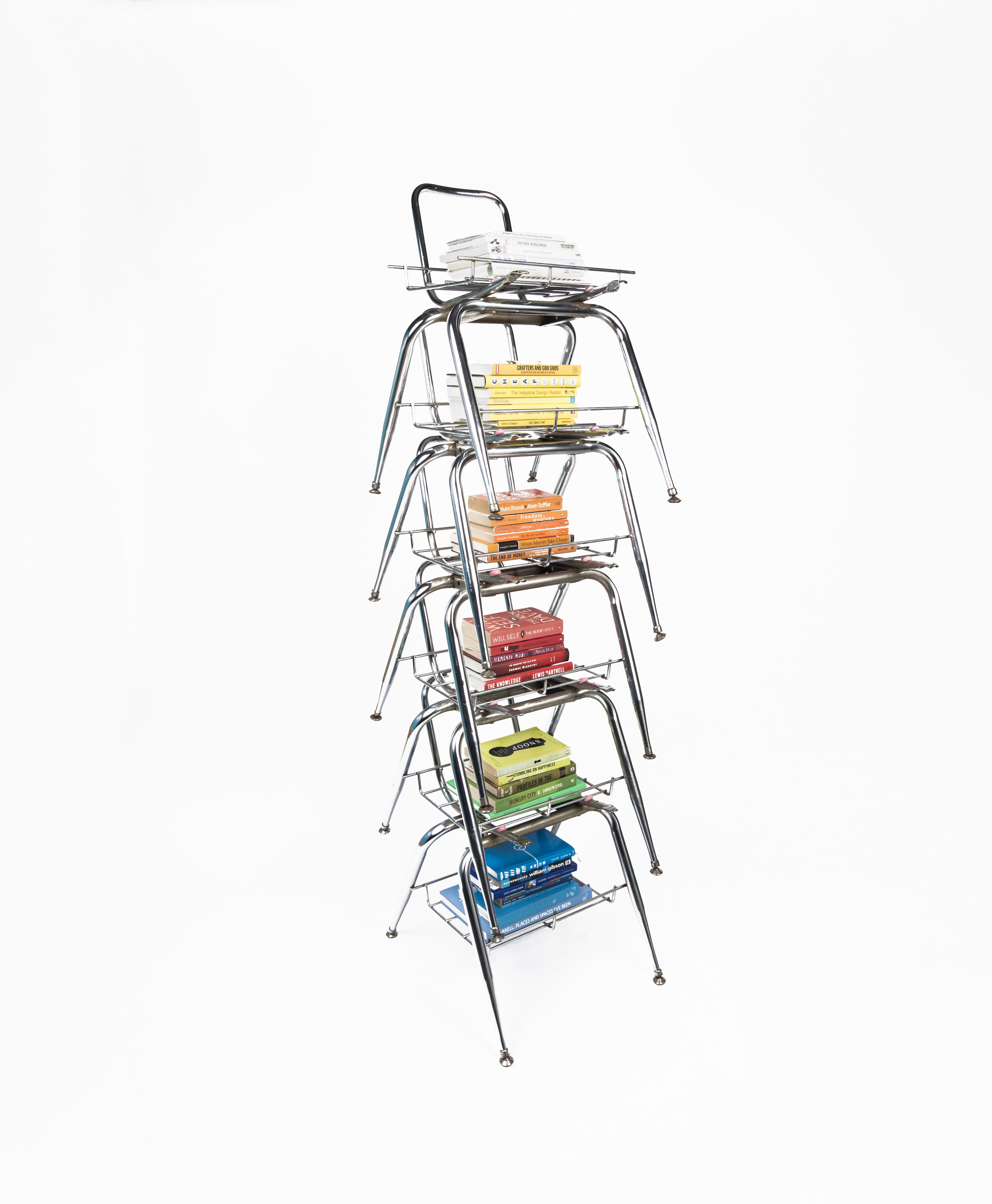 What does this object say about you and your practice?
Our aim as a studio is to use designed objects to open up new possibilities, comment on issues of relevance, and not just provide utility in the traditional sense. In 2013, the city of Chicago closed fifty public schools, almost all in low-income neighborhoods. The majority of the contents of these schools—desks, tables, chairs, bookshelves—were bound for landfill until Chicago-based artist John Preus diverted them into a donated vacant storefront on the South Side. John invited us and a wide range of artists, designers and architects to respond by making new work from them. The pieces form the exhibition “Infinite Games” on show through March 16, 2018 at Open House Contemporary in Chicago. The project is a good example of the kind of project we like to work on, in that it provided an opportunity to use objects metaphorically as well as practically. For example, in one piece called “Ignored,” a tricycle is rendered unusable by having a red adult’s shell chair seat bolted to it with its back to the handlebars. Another uses a stack of school-chair frames with book holders to hold a collection of books on school and city mismanagement and corruption. The third work is a pair of wooden school chairs with their seats flipped over, revealing the Chicago Board of Education stencil text revealing where and when they were made.

How do you gauge the success of an object?
Because we are quite diverse in our output—we design objects for production, limited editions and one-offs, we write and create exhibitions and installations—what success looks like differs from project to project but there are common threads. We always aim to bring something original to the canon of design whether that’s a new typology of object or a scenario for an alternate way of living. Object design has a lot more potential for engaging people intellectually than it’s given credit for. For us a piece is successful if people spend time with it, form opinions about it, and if it provides a catalyst for further discussion. People don’t necessarily need to own the piece for this to happen. They can see it in an exhibition, a publication or online.

Why do you design in Chicago?
We moved to Chicago to teach seven years ago and soon after, we decided we wanted to run a studio together. It’s fair to say we have a love-hate relationship with Chicago as a “design city!” It has been very good to us, in that we were fortunate to meet people from the major cultural institutions and they have been supportive of our work. Coming from London where the design scene is huge and diverse, Chicago’s scene is much smaller, and consequently we find ourselves mixing with people from the neighboring disciplines of art and architecture, which is healthy.

Available through Rhona Hoffman Gallery and further work can be seen at parsonscharlesworth.com

Rick Valicenti has led the Thirst design studio since its founding in 1989 and has established himself as one of the most visionary designers in the country, winning the 2011 National Design Award from the Cooper Hewitt, Smithsonian Design Museum.