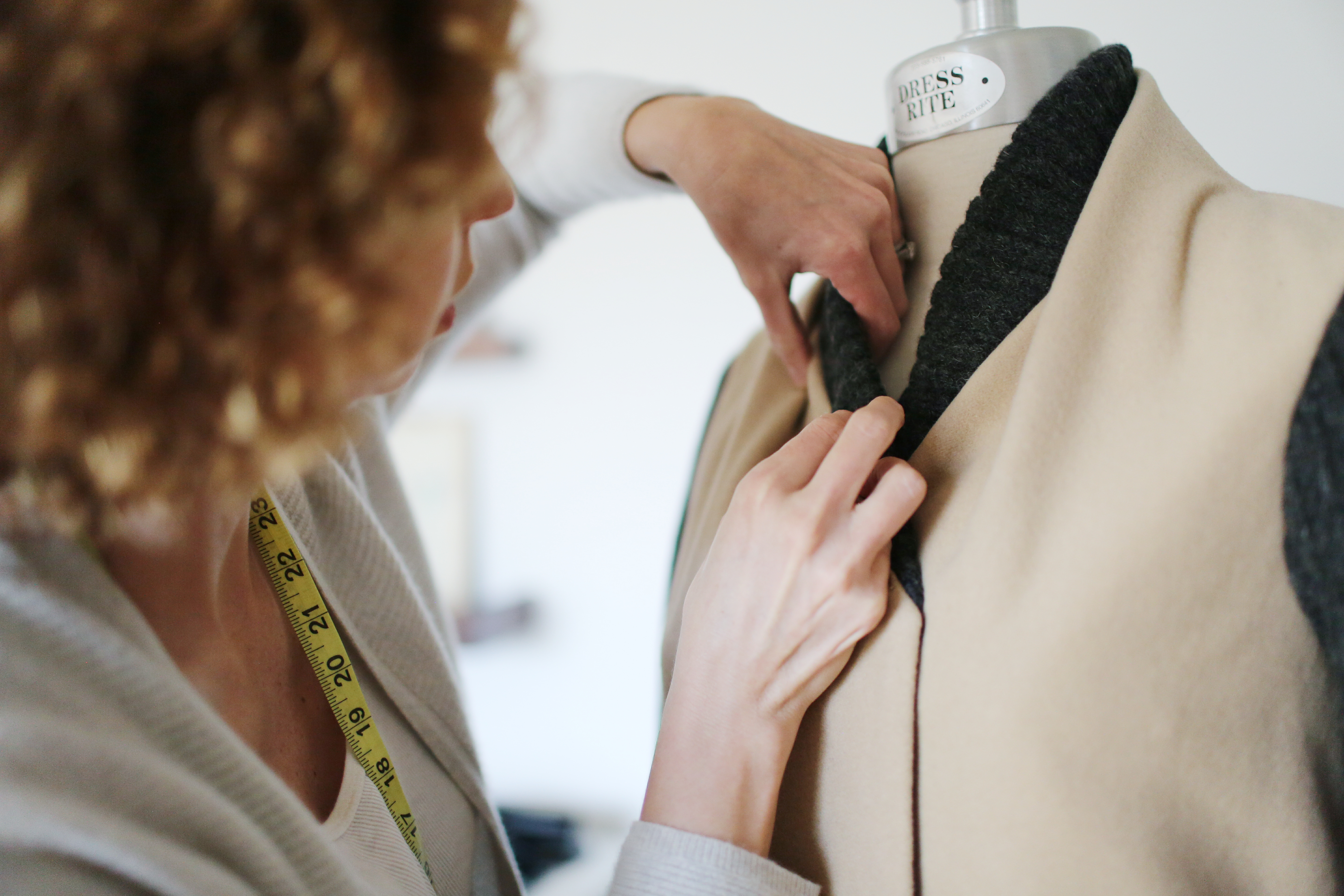 It was a cold winter night in a city known for its relentless combination of arctic temperatures and lake-effect snow, courtesy of Lake Michigan’s north-northeastern winds that can shake it to its core. But surviving a Chicago winter means braving the cold, so Liz Williams got dressed and headed out of the house. She had a holiday party to attend. That night would change her career path, but she didn’t know that yet. 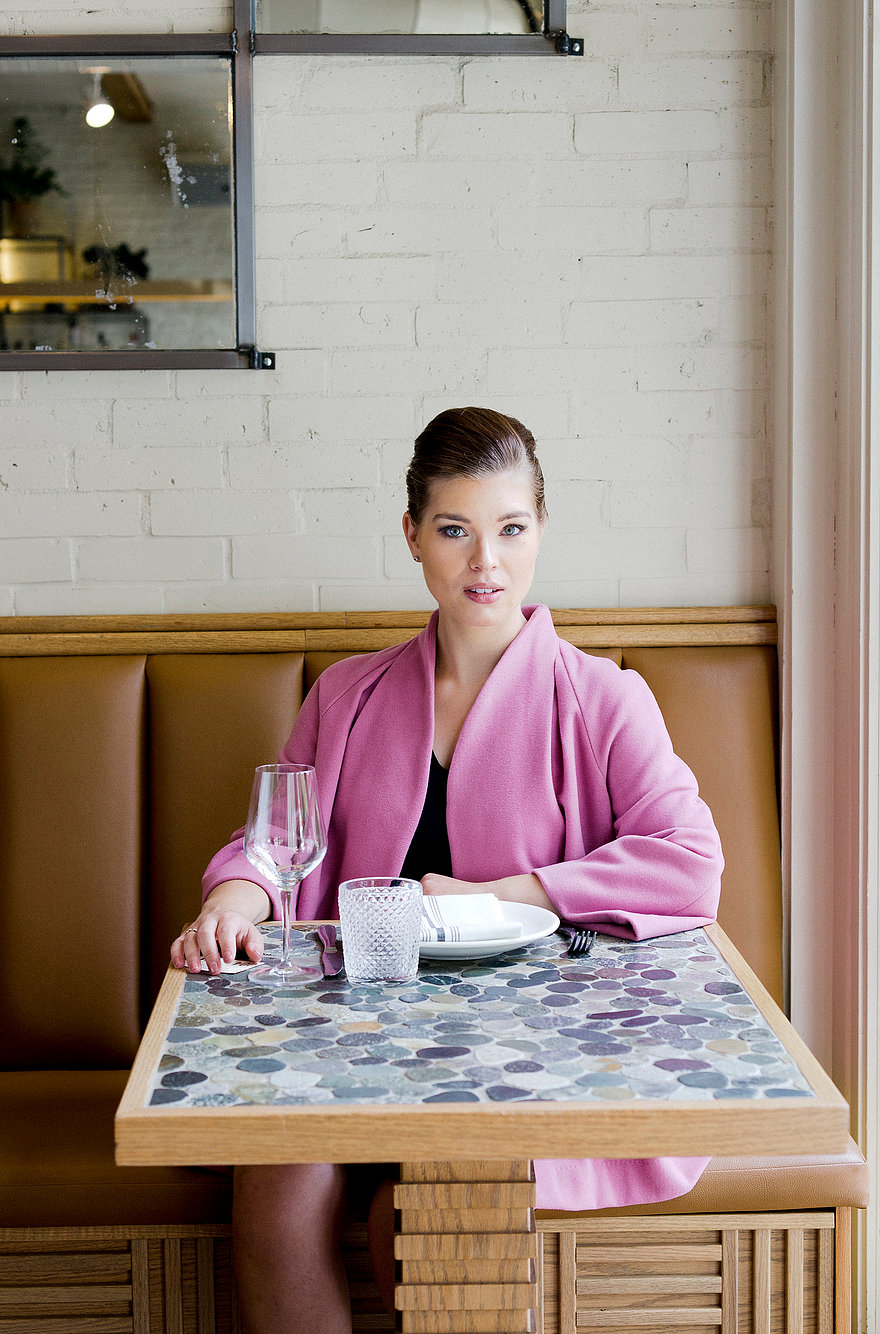 When the party was over and it was time to go home, Williams went to pick up her coat—she had checked it in earlier. When she reached the coat check, she found the attendant, fascinated: not only did she love the coat, but she’d been looking for something just like it for a long, long time. But getting her hands on one would be a little harder than she thought—Williams had made the coat herself.

The designer, who is also a Parsons graduate, an instructor of fashion design at Columbia College, and has worked for theater companies including The Goodman Theatre, Steppenwolf Theatre and Chicago Shakespeare Theater, couldn’t find a coat exactly like she wanted, so she decided to make her own by hand. She’s been toying with the idea of starting her own business ever since. “I was thinking about starting my own clothing line and was increasingly interested in outerwear,” Williams says. “I thought something was missing in the outerwear market in terms of fashionable, well-made coats, so I set off to make one.” 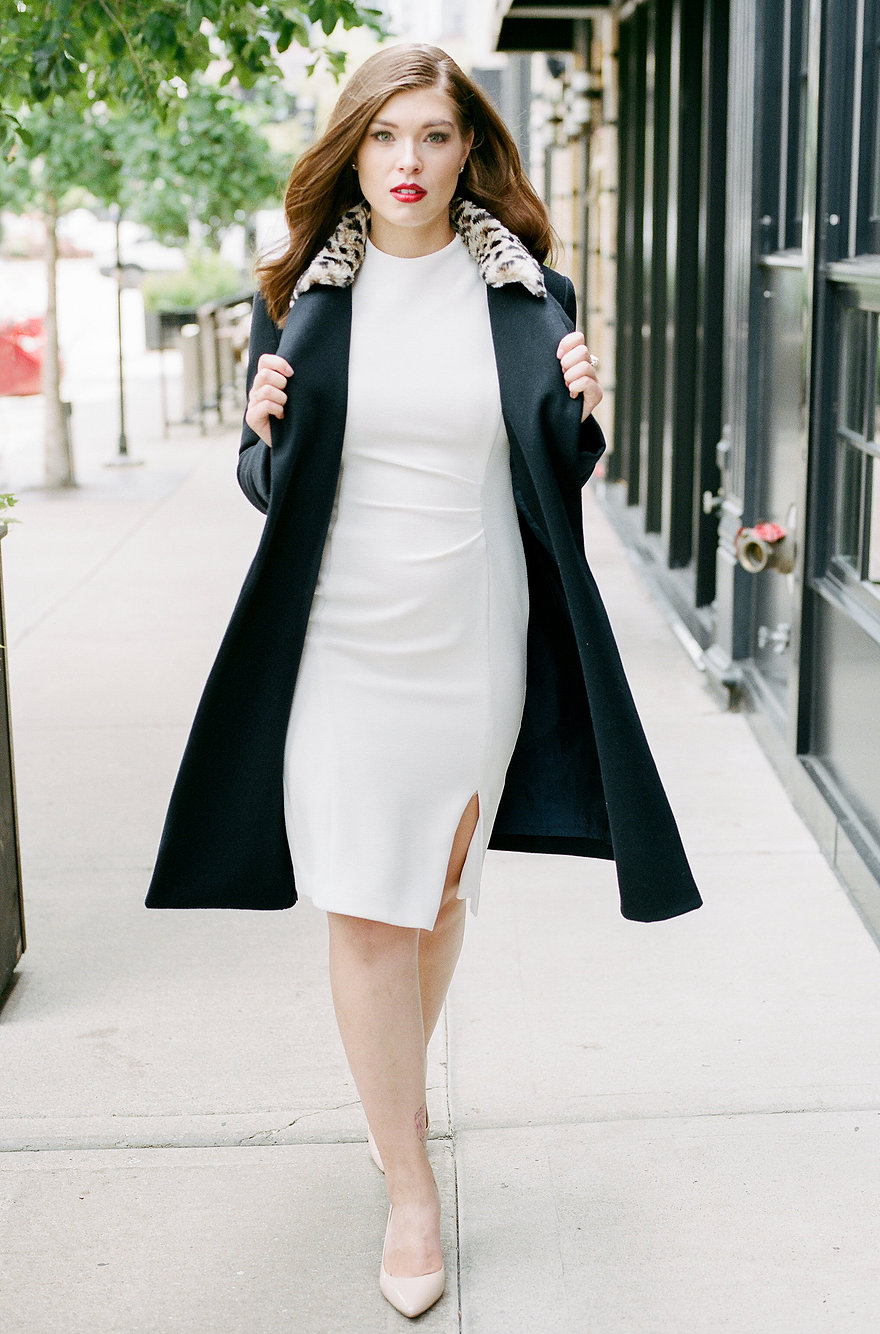 A couple of weeks after the holiday party, Williams found a little note in her coat pocket. It read, “Interested Buyer.” Reminiscing on that night, she says: ”When the coat-check attendant remarked that she liked it, my husband piped up that I was starting my own outerwear line. I guess sometime over the period of the night she left a note in my pocket with her contact information stating she was an ‘interested buyer.’ I didn’t find the note until about a week or two later. I was in New York City looking for fabric for coats when I found it in my pocket. It felt like it was just meant to be.” In this “a-ha” moment she realized two things. One, she was ready to start her own business. Two, she would—appropriately—name it Coat Check.

The newborn women’s outerwear-specific fashion business, operating out of the back of the designer’s Oak Park home, is about classic lines with a modern twist, from a classic trench or a chic swing coat, to a suede vest, to a more elaborate blazer with detachable side scarf, to a masterfully designed three-piece overcoat that includes a double-breasted vest and a cheetah collar, all of which can be worn together or separate. With an extensive color palette—black, camel, grey or navy blue, for a classic look; olive, magenta and millennial pink for a more edgy one—there may be a style for every occasion. 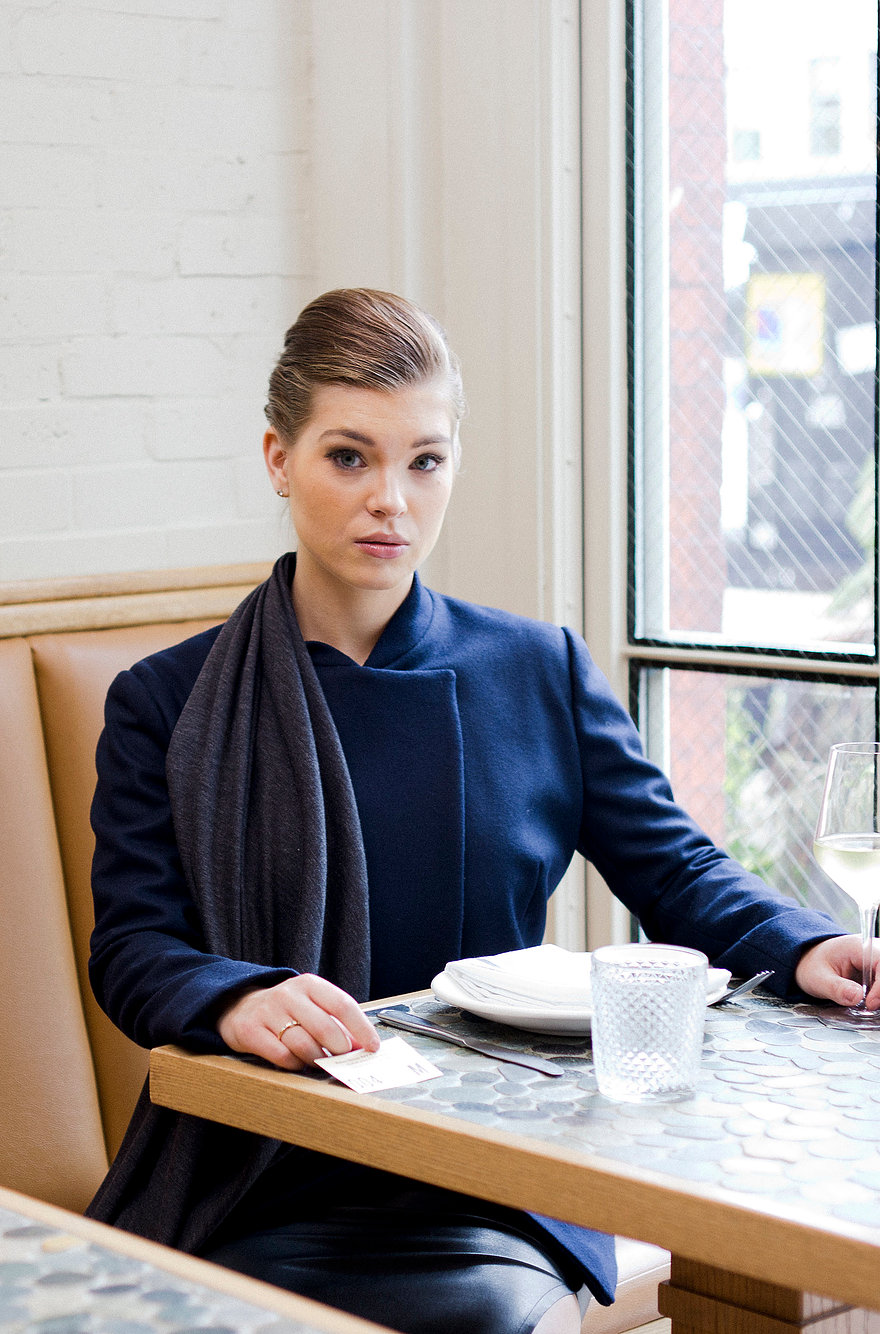 “I’m inspired by fashion history,” says Williams. “I worked for a number of years as a costume design seamstress recreating period looks for the theater and have profound appreciation for the craftsmanship and classic lines of the past,” she  adds. “My hope is that by updating these looks, I can recall a time when craftsmanship, quality and timelessness mattered more. After suffering from the fast fashion epidemic of the past decade I think it would be nice if we could return to a slower way of not only designing but purchasing.”

Valuing the importance of American-made, and in Coat Check’s case specifically, Chicago-made, and paying special attention to ethical production and sustainability, Williams makes sure that each piece is locally designed and manufactured with style and longevity in mind. “Having worked for a number of years as a seamstress myself, my goal is to always make sure that craftspeople are paid a fair wage, living and working in good conditions,” she says. “I cannot imagine sending my pieces abroad to an unknown factory in order to make them more affordable—that’s just not a priority for me. I also think that by contributing to the local economy we are putting money back into our own neighborhoods,” she adds. “Plus I love to check on the factories and see how things are doing. The very first factory I worked with [in Chicago] was surprised by me because I sat down at the sewing machine and started working on my production alongside the other workers. I wanted to speed things along so I figured I’d pitch in.” 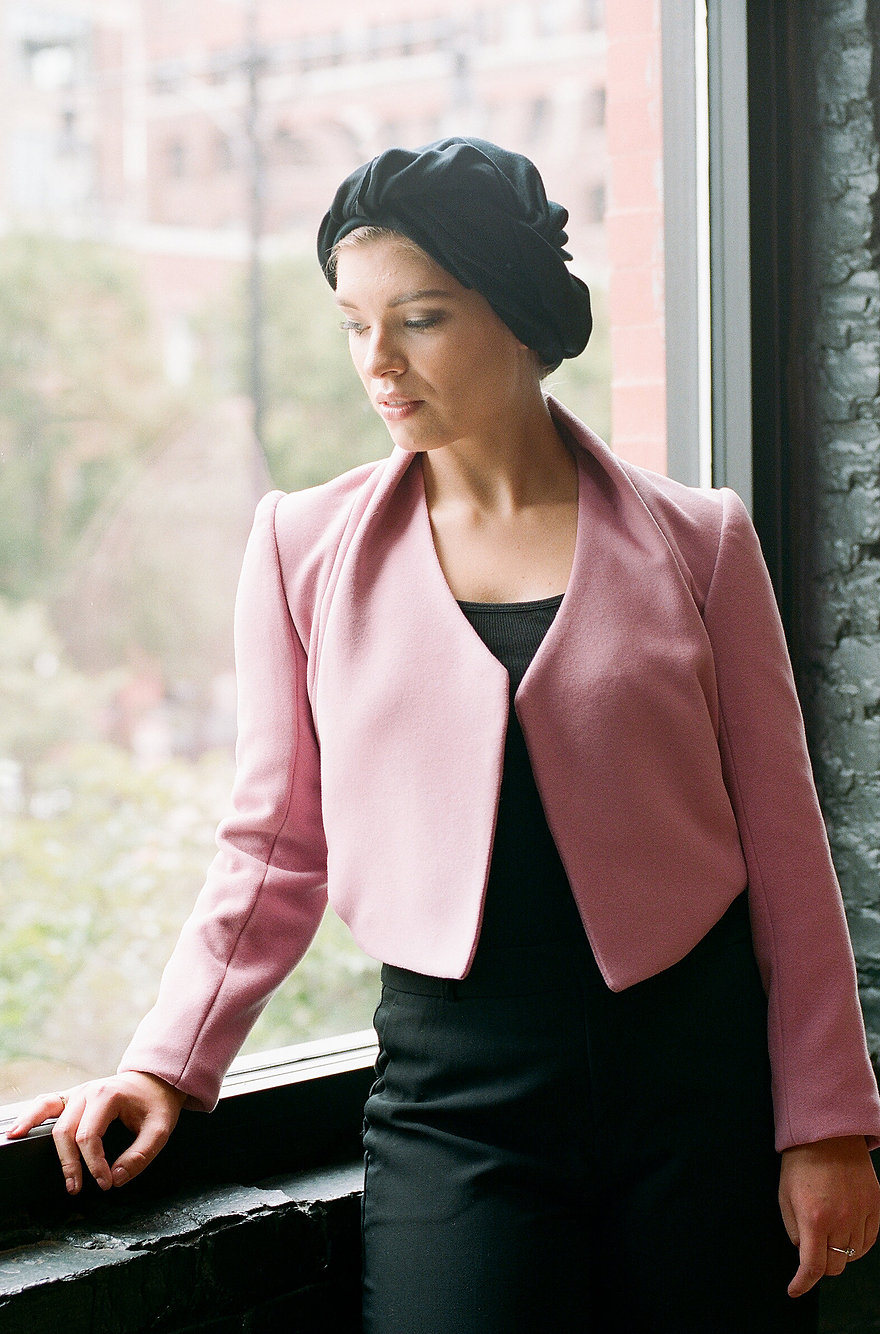 Small-batch manufacturing, unlike disposable fast-fashion that takes up wardrobe and landfill spaces across the world—eighty-five percent of unwanted clothing ends up in landfills making fashion the most-polluting industry, second only to petroleum—is a breath of fresh air. “In terms of sustainability, I strive to create well-made, timeless designs with multiple styling options so that my customer won’t need to worry about her jacket going out of style. It’s not that I’m not interested in trends but I’m certainly not interested in fads or disposable fashion,” she says. That’s also what she teaches her students. “I’m constantly pushing them to consider if their product is ‘new’ or if it has been done before.  Our current marketplace is so oversaturated with the same exact things. There is no need for more of the same.”

Somewhere between spending years behind a sewing machine, designing costumes or studying—and later teaching about—garments and their histories, Williams managed to make her dream come true. “I’m proud that I’m still here and have not given up!  Starting your own business especially in the fashion industry, a highly competitive field, is very hard,” she says. Her Coat Check designs are sold online and at boutiques in the Chicago area, supporting the local economy. A lot has changed since that winter night of the holiday party, but some things remain the same: Everybody knows that if you live in Chicago, you need a good coat. Looks like problem’s solved.