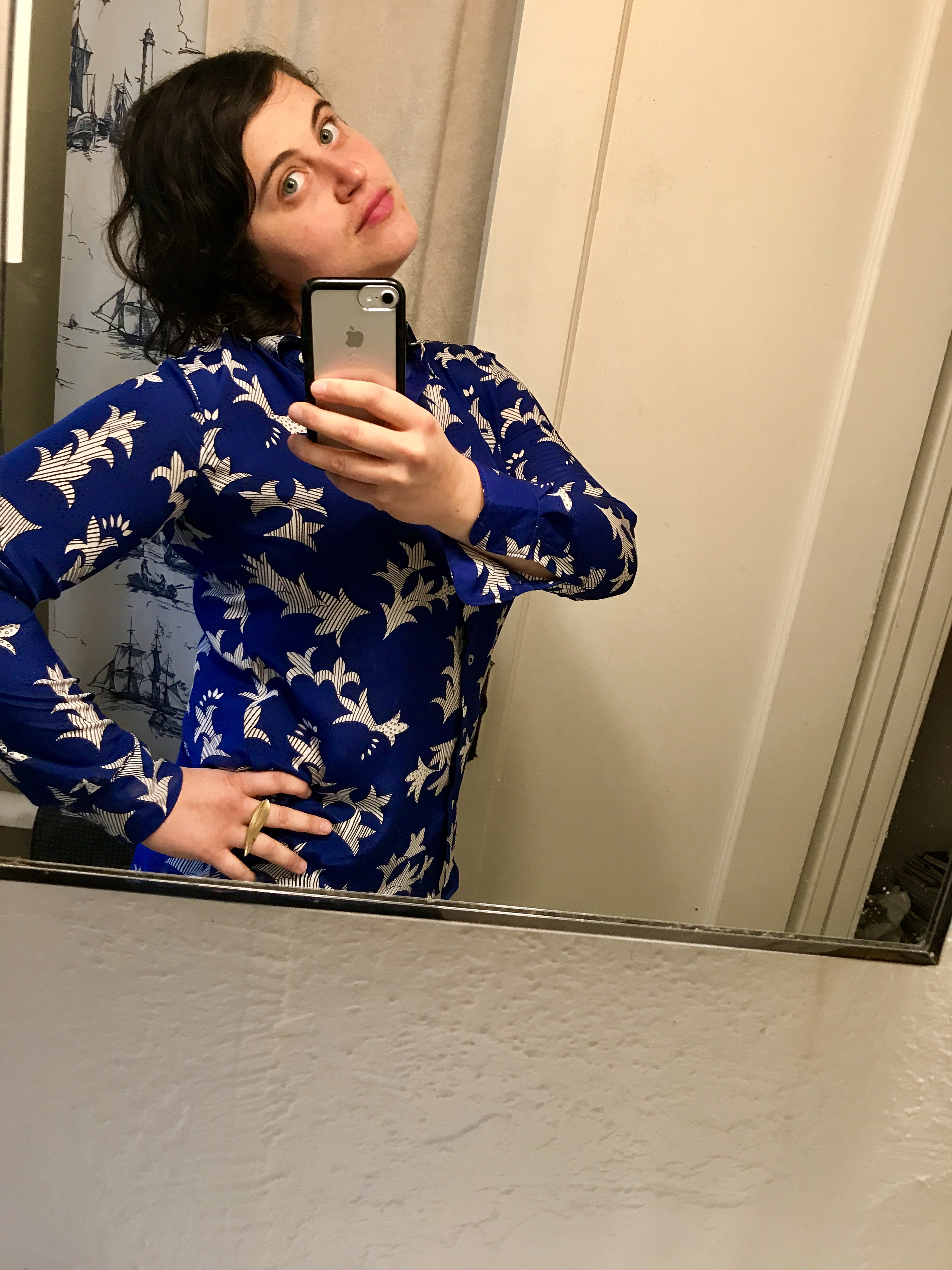 Prolific Newcity alum and now art critic for the Star-Tribune in Minneapolis Alicia Eler, an ever-curious investigator into media’s cultural messages who is as thoughtful a commentator as Virginia Heffernan, has a new book that wades into the otherwise uncharted territory of our national obsession with “selfieness,” a smart corollary to Stephen Colbert’s notion of “truthiness,” but with encyclopedic reference. In “Selfie Generation: How Our Self-Images Are Changing Our Notions of Privacy, Sex, Consent, and Culture,” Eler poses questions about visibility and representation alongside what sex and gender evolution means in the context of new- and still-unfinished technological forms of community and free thought. We sat down together over the internet to compare notes and think about ways the self-image we generate both helps and harms us.

How did you come up with the idea for “The Selfie Generation”?
I was freelancing for Hyperallergic, and I wanted to do something that was more consistent than reviews; you know how it is as a freelancer. It was 2013, and the selfie was just becoming a buzzword, and it was really controversial, according to some articles, and it was really blasé, according to others. I like following these internet cultural trends and I spoke to my editor and he was like, “if you’re looking for some consistency, do you want to do a column?” Then I started seeing all these things about selfies. Every day there was news. I couldn’t help but follow it, because I started to think about all the self-portraits I’d taken in high school and college, and I said, “I could do a selfie column.” Then I started thinking about all of the pictures I’d taken of myself, and that was part of trying to figure out how I looked, and how other people perceive me, and how I perceive myself, all kind of adolescent development, and the selfie is very different from self-portraits of course, but I wanted to think about the relationship between the two, and follow the news at the same time. So, it started as a column.

I’m intrigued by this idea of the selfie as opposed to self-portraiture, and I recall early writings out there about the selfie, in terms of the status that self-portraiture used to award people. You were tracing the contours of what the selfie was becoming. So, is that what this book is, a history of how we came to define the selfie?
In the book, I really think about the selfie as a cultural phenomenon, so it’s not a self-portrait. It’s sort of infiltrated many people’s lives, especially younger people who are on their phones a lot but up to grandmas who selfie by Skyping or FaceTiming with their grandkids. The book is really an exploration of the idea of the selfie, beginning with its roots in self-portraiture but it’s become such a broader thing. So in the book I think about the selfie, I talk with people who are psychologists, academics, neuroscientists. It’s one of the things people are freaked out about, whether it’s addicting. I talked to some people who have studied social media addiction, I think about the copyright issues that come up with the selfie, how the selfie has become its own news beat. The selfie has become this sort of twenty-four-hour news cycle. There’s an entire chapter about how it became so sensationalized, how then the selfie was picked up and used in advertising, and then pushed out back to us on TV. How it has become its own character. Then I think about how the selfie has become part of activism online, or part of movements, part of fake news. In the last chapter, I talk about it more as art and how artists are using it. Not as self-portraiture, but as part of a commentary on the selfie and on performing identity online, and that’s most of it. Then of course, this idea of authenticity, which is always aspirational, but which is never reached, because it can’t be.

Part of it’s self-celebratory, and there’s part of it that’s programmed, so that that’s what you should do to show you’re thriving, by being able to do all these things in the world, and the thriving itself, the prosperity of being able to show yourself off is in itself some way integrally a good thing. But that cultural programming can be demonstrably bad, if you’re doing it without any regard for anyone else, like when people are selfie-ing in front of Holocaust memorials, or white people in front of Kara Walker’s mammy-sphinx’s ten-foot vagina [“A Subtlety,” 2014], or that kind of thing.
Right. Exactly, and there’s this paradox in the book that I talk about—especially in American culture, there’s this celebration of the individual, and the selfie is a celebration of the self in that way too, but if you do it, you’re sort of judged, and oftentimes shamed for doing it. Okay? So, I think there’s something to the performativity of social media in that, and how everyone’s trying to figure out adults, and people who’re probably more self-conscious of how they’re posting. “How is what I’m posting saying about how people will read me?” and then you sort of, there’s more thinking about your self. So, it’s complicated, and I think the selfie is complicated in the same way. 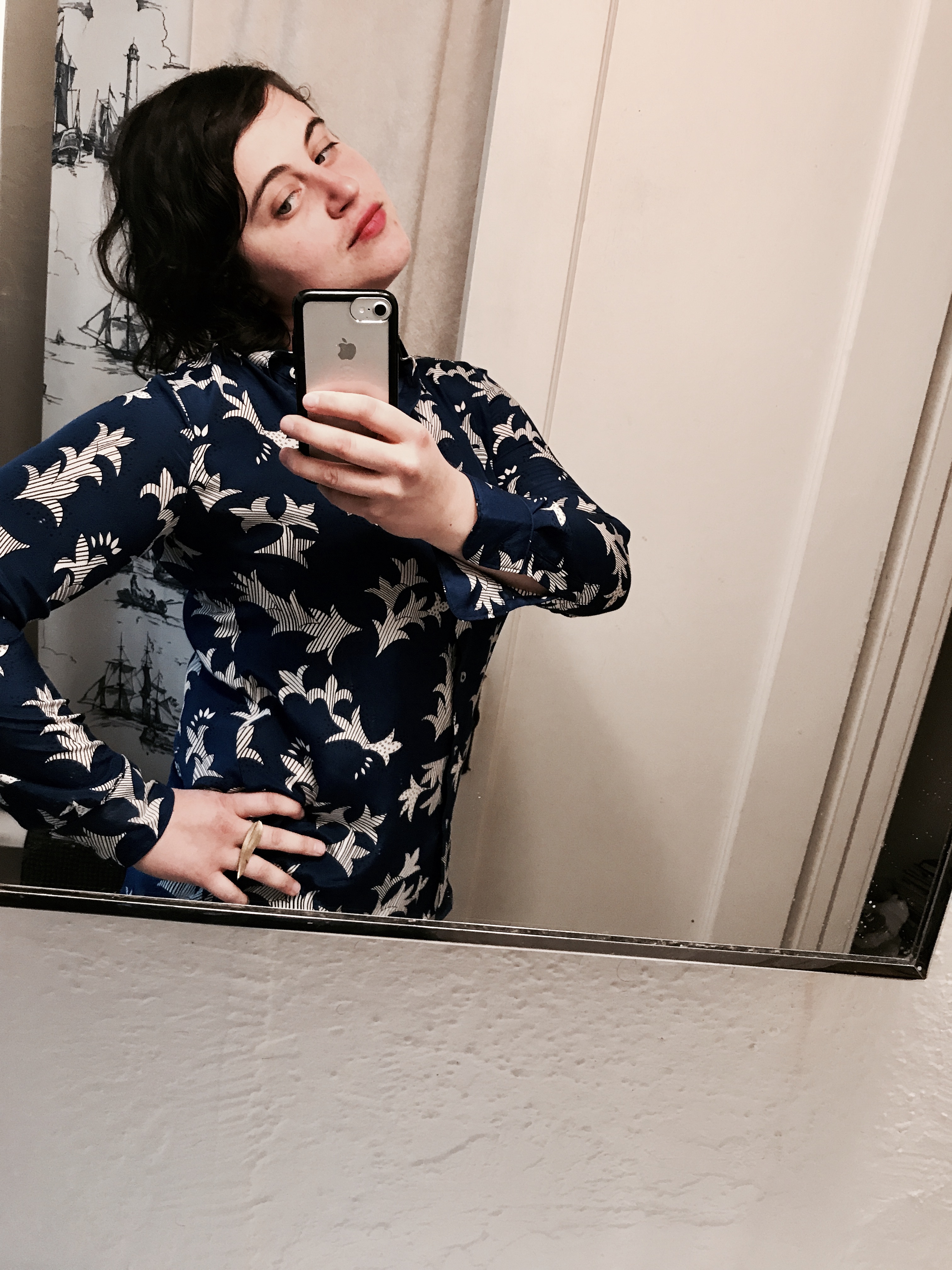